Judge Hlophe misconduct: Give it up, JSC tells ConCourt judges Jafta and Nkabinde 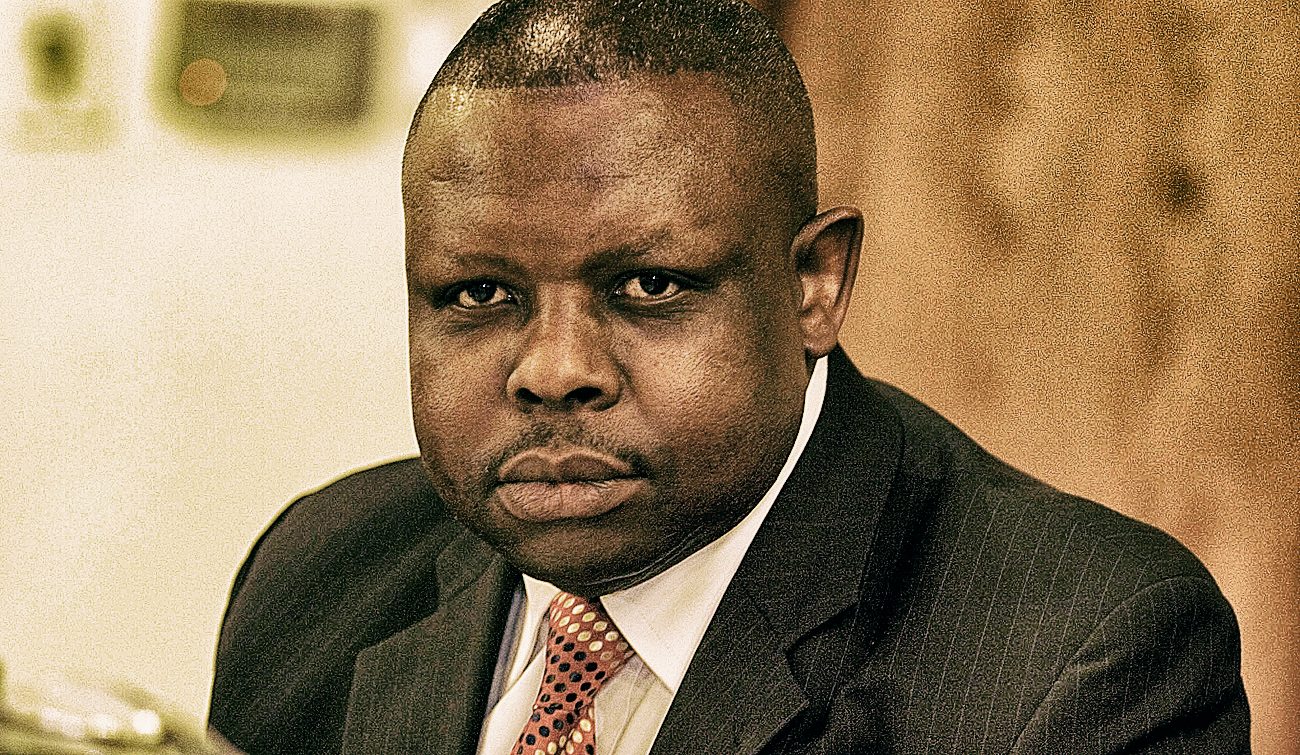 Photo: Judge President John Hlophe during his hearing by the Judiciary Service Commission ( JSC) in Braamfontein

The eight-year saga involving the entwined lives of President Jacob Zuma and Western Cape Judge President John Hlophe and his apparent attempt at influencing two Constitutional Court judges has, says the Judicial Services Commission, reached the end of the road. The ongoing and unprecedented challenge by Judges Bess Nkabinde and Chris Jafta of a decision by their own court was, added the JSC, “bad in law” and “misconceived”. By MARIANNE THAMM.

The Judicial Services Commission derives its power from the Constitution. Its job essentially is to appoint the country’s judges, ensure judicial probity, set a standard for judicial conduct and probe allegations of gross misconduct.

However, for the past eight years one case – that of Western Cape Judge President John Hlophe and his alleged attempt at influencing two Constitutional Court Judges, Bess Nkabinde and Chris Jafta, in a matter involving Jacob Zuma – has thoroughly clogged up the system. The extraordinary challenge to judicial independence has since bounced between courts for almost as long as Jacob Zuma has been president of South Africa.

The matter relates back to March 2008 when Jacob Zuma was not yet No 1 and was facing possible charges of corruption. The Scorpions were due to carry out search-and-seizure raids at Zuma’s properties in Gauteng and KwaZulu-Natal. The raids were carried out a few months after Schabir Shaik, Zuma’s financial adviser, had been found guilty of corruption and fraud.

In March 2016, Judge Mahomed Navsa, in his Supreme Court of Appeal ruling that a Judicial Conduct Tribunal misconduct hearing against Judge Hlophe should proceed, sketched the “material facts” of the saga when, towards the end of March 2008, Judge Hlophe had “without invitation” visited the chambers of Judge Jafta. During that visit he had again “without invitation” raised the matter of the Zuma/Thint cases that had been heard by the court. The visit took place after argument in the Zuma matter but before a decision had been taken.

“In the course of that conversation, Hlophe JP sought improperly to persuade Jafta AJ to decide the Zuma/Thint cases in a manner favourable to Mr J G Zuma,” said Judge Navsa.

In April, Judge Hlophe had phoned Judge Nkabinde and set up a meeting with her at the Constitutional Court on 25 April where he also “without invitation” had initiated a similar conversation about the Zuma/Thint cases.

Judge Nkabinde had later disclosed Judge Hlophe’s approach to fellow Judge Yvonne Mokgoro who had then suggested that the matter be reported to Chief Justice Langa and Deputy Chief Justice Dikgang Moseneke.

Over the years, both Judges Nkabinde and Jafta have made it clear that while they viewed the approach by Hlophe as “improper”, they were of the opinion that they had “dealt” with the matter “by rejecting the approach and did not consider it necessary to lodge a complaint or make a statement”.

However, 10 of their colleagues held a different view and after a meeting decided that the matter was a grave enough threat to judicial independence that a complaint should be lodged with the Judicial Services Commission.

Since then a juggernaut of costly litigation instituted by various parties has hurtled through the courts.

And at the centre of it all stand Jacob Zuma and John Hlophe, the youngest ever judge to be appointed Judge President of a Division.

The matter reached the country’s apex court in June this year when it refused both judges leave to appeal a Supreme Court of Appeal ruling in March that a Judicial Conduct Tribunal could continue an investigation into allegations of gross misconduct against Hlophe.

The Constitutional Court said it did not have a quorum (at least eight judges) as many of its members were conflicted. Judges Nkabinde and Jafta had argued that their colleagues had not offered them an opportunity to make submissions on the matter of recusal.

Last week the judges again filed further papers asking for a decision by their own court to be rescinded. In his founding affidavit, Jafta said that the court failed to provide both judges with an opportunity to make representations with regard to the ground on which it based its decision (the lack of a quorum).

In his responding affidavit Advocate Ishmael Semenya SC, on behalf of the JSC, said that the two judges “have enjoyed a fair public hearing already before the full bench of the High Court and later before the Supreme Court of Appeal where, on each occasion, substantial and comprehensive arguments, both written and oral, were presented on their behalf”.

He said that before then, the applicants had also had the opportunity to raise their dispute before the statutory tribunal, which similarly accepted both written and oral argument submitted on behalf of both judges and that their rights had not been undermined.

“This court’s refusal of an application for leave to appeal is not appealable to any other court. Its decision is final and marks the end of the litigation road for the applicants,” said Semenya.

It seems that it will only be a matter of time before Judge President John Hlophe finally faces the tribunal, which will be comprised of three members, two of them judges appointed by the Chief Justice and another chosen by the CJ from a JSC list of “suitable persons” appointed to the list by the CJ in consultation with the Minister of Justice. The tribunal will eventually report to the JSC which will make its findings.

Section 177 of the Constitution provides that a judge may be removed from office only if the JSC finds that the judge “suffers from an incapacity, is grossly incompetent or guilty of gross misconduct and the National Assembly calls for that judge to be removed, by a resolution adopted with supporting vote of at least two thirds of its members”.

In a chapter titled Accountability of Judicial Service Commissions to the Law – A Case of South Africa (and part of The Culture of Judicial Independence: Rule of Law and World Peace edited by Shimon Shetreet), Professor Christopher Forsythe, of the Faculty of Law in Cambridge and Honorary Professor of Law at Stellenbosch, said that the JSC should take “the lion’s share of responsibility for the this state of affairs.

“A disciplinary body must be properly equipped to deal with the cases that may come before it. Judge Hlophe has challenged the system and the system has not distinguished itself in dealing with complaints against the judge.”

In the South African political cosmology, John Hlophe’s star appears to have risen along with that of Jacob Zuma. The question now is will they wane together as Zuma’s political potency is placed under increased threat. DM