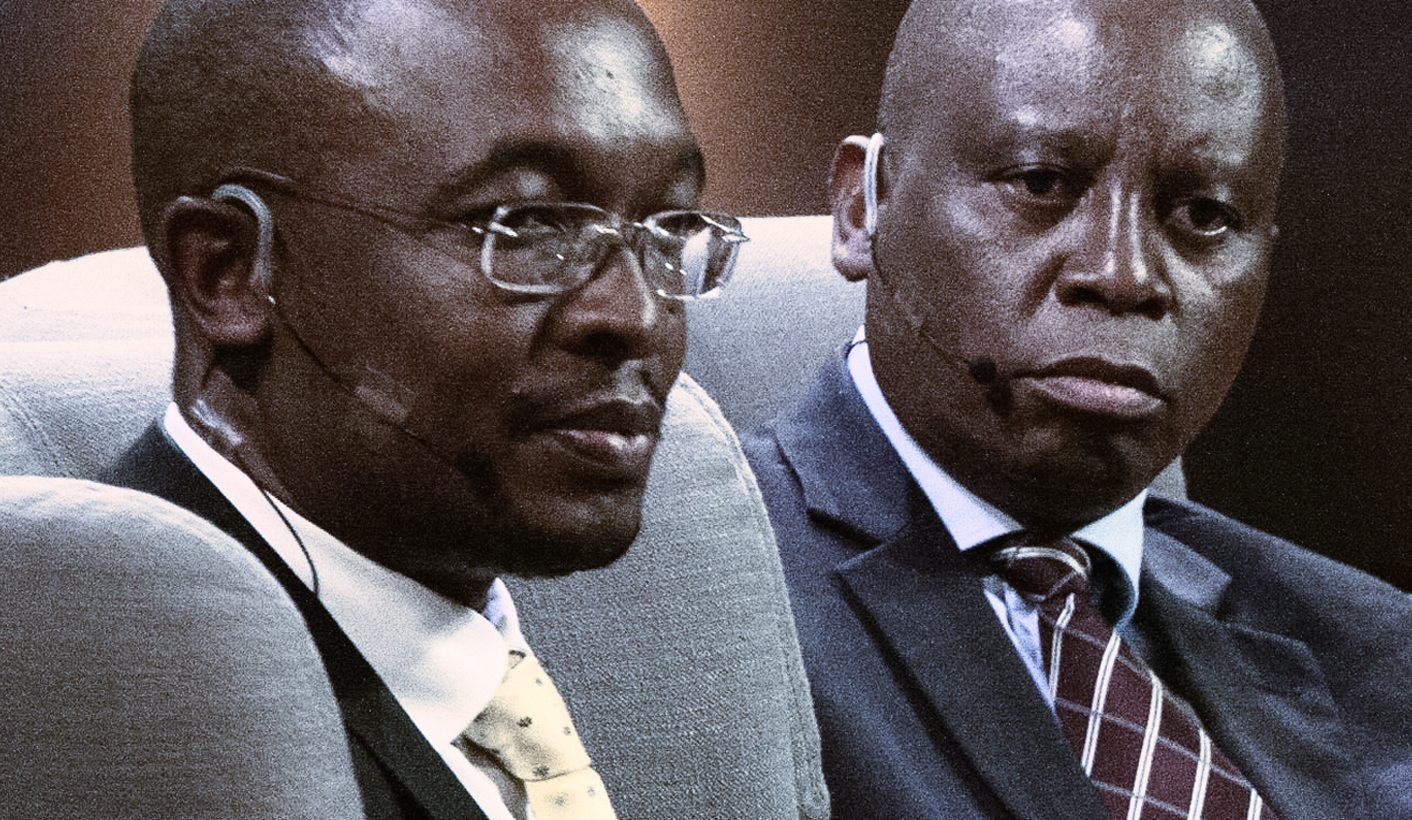 In Johannesburg, it’s the year of Mayor Parks Tau: His face is all over the city. The DA claims the ANC is using city resources for an election scam, while the city and the ANC say it’s part of normal government business. By GREG NICOLSON.

A month ago, Herman Mashaba told journalists at a Rosebank press conference that the City of Johannesburg had been misusing state money to finance Mayor Parks Tau’s re-election campaign. In April and May, the city spent R13.8-million on advertising, 65% of which promoted city officials, including Tau and Finance MMC Geoffrey Makhubo, Mashaba claimed. He said R4.7-million was spent on advertising the state of the city address, R3.2-million on the city’s budget speech, and R1.1-million on the Moody’s upgrade.

That’s a lot of money, but Mashaba’s team hadn’t done the maths on how it compared to previous years’ advertising spend. Without context it was a lot of money spent by a government that regularly spends a lot of money. DA spokeswoman Phumzile van Damme said the allegation of misusing state resources was based on the prominence of the message – the billboards, the newspaper ads, Tau’s image being a lot more prominent in an election year. The mayor has been more visible in advertising this year, but the allegations weren’t much to go on.

On Monday, Mashaba announced he had “irrefutable evidence of the ANC-run City of Joburg’s abuse of public resources to promote the ruling party and their mayoral candidate, Parks Tau ahead of the upcoming election”. He said the city spent R26-million on advertising between May 2014 and April 2015 and R62-million between May 2015 and April 2016. That’s a significant increase. The city spent an additional R15-million on ads in May 2016. In perspective, the city spent more on advertising in April and May 2016 than in the entire 2014-2015 financial year, according to Mashaba.

“This wasteful expenditure of taxpayers’ money amounts to over R36-million worth of lost opportunities to create jobs for the 869,000 unemployed people of this city. In fact, while Tau highlights his tenure as a success, 180,000 additional people have joined the ranks of the unemployed since he came into office in 2011,” said the DA’s candidate for mayor of Johannesburg.

The DA commissioned Nielsen to compile the city’s advertising spend and its breakdown includes all city entities and what was spent in various media sectors – newspapers, internet, magazines, radio, TV, and outdoor advertising. The DA’s Tony Taverna-Turisan said Nielson has a trusted system to evaluate advertising spend.

“With regard to outdoor, internet, direct mail and cinema, Nielsen receives direct files from companies indicating the value of media bought – [for example] Primedia provides this information with regard to billboards and Ster-Kinekor provides this information with regard to cinema advertising,” Taverna-Turisan said. “With regard to TV, radio and print, Nielsen uses each platform’s rate cards which are uploaded into their system. Nielsen manually captures the data according to rate cards for each media house, television network and radio station.” He claimed Nielson’s data gathering provides an acceptable global measure of ad spend over a period of time.

The Nielson data provided by the DA shows various fluctuations among the city’s property, power, parks, library, road, and water entities, as well as the city municipality’s spending between 2014-15 and 2015-16. While the City of Johannesburg’s entities’ spendings vary, the municipality itself incurred huge increases in advertising costs on newspaper, outdoor and radio ads in the last year, according to the figures. It doubled the newspaper spend and spent R9.9-million on outdoor advertising, compared to R326,000 the year before. It spent R18-million on radio ads, while in 2014-15 it spent only R2.3-million on the airwaves.

The DA has laid a complaint with the IEC, with Mashaba saying, “This is clearly an excessive and gratuitous depiction of an office-bearer of the city and clearly creates a perception that the advertisement promotes the mayor as an individual.” He specifically noted a radio advert which noted Tau’s successes and ended, “Clearly, the City of Joburg is in good hands.”

“It is patent from the advertisement that it is not an advertisement in support of the CoJ in the normal course of legitimate municipal expenses, but has solely for its purpose the advertising of the current mayor, Parks Tau, who is the mayoral candidate for the ANC in the forthcoming 2016 local government elections,” said Mashaba to the IEC, complaining about an abuse of the Electoral Code, which limits the abuse of privilege, influence and employment authority over an election.

Daily Maverick wasn’t able to get official comment from city spokesperson Nthatisi Modingoane on Monday, but the city has on multiple occasions refuted the claims. Its defence has been that it has a duty to inform citizens on an ongoing basis, in line with the law. “The city disputes this allegation. The advert is a mere standard and annual communication of successes and achievements of the previous financial year of a metropolitan municipality led by a competent administration – with a visionary and strategic council and an executive led by Mayor Parks Tau,” mayoral spokesperson Phindile Chauke has been quoted as saying.

“It is disingenuous of the DA – having failed to discredit Mayor Tau against his strong record of service delivery in the past five years – to resort to dragging the IEC into its desperate campaign to mislead Johannesburg residents,” Chauke continued. Chauke also said the advertisement in question had been playing since March, suggesting the DA’s recent complaint was politically opportunistic, and was aimed at instilling confidence among residents and investors.

“Who is Tau trying to fool?” the DA asked in response.

ANC Johannesburg regional spokesperson Jolidee Matongo on Monday said the party has its own election strategies and adverts and has nothing to do with the city’s advertising spend. Administrations are elected on manifesto promises and are required to report on the progress, he added. “Government reports all the time in all sorts of ways. It’s government reporting; it’s got nothing to do with our campaign,” Matongo said. He claimed Mashaba was trying to tap into emotive issues by comparing reasonable government expenses to non-related service delivery issues.

While the issue is in front of the IEC, both the advertisements and the response from the DA fit into ANC and DA election strategies in Johannesburg. Tau may lack charisma but is strong on policy and has been punted as a leader who knows what he is doing and has put the city on the right path.

The DA has hit out against Tau’s reputation as a capable leader. “I don’t want to call anybody a liar but the term ‘spin doctor’ has good currency,” said the DA’s Gauteng veteran Mike Moriarty recently on the city’s boasting of rating upgrades from both Fitch and Moody’s. The DA claims Johannesburg is failing in invoicing and collections for services and is underspending on service delivery.

In an advertisement in The Star on Monday, with an image of the mayor, the City of Johannesburg boasted of the achievements under the current administration. It said its audits from the Auditor-General have improved, it has received multiple credit rating upgrades, over 220,000 jobs had been created through the Expanded Public Works Programme, and capital expenditure had increased by almost three times. DM