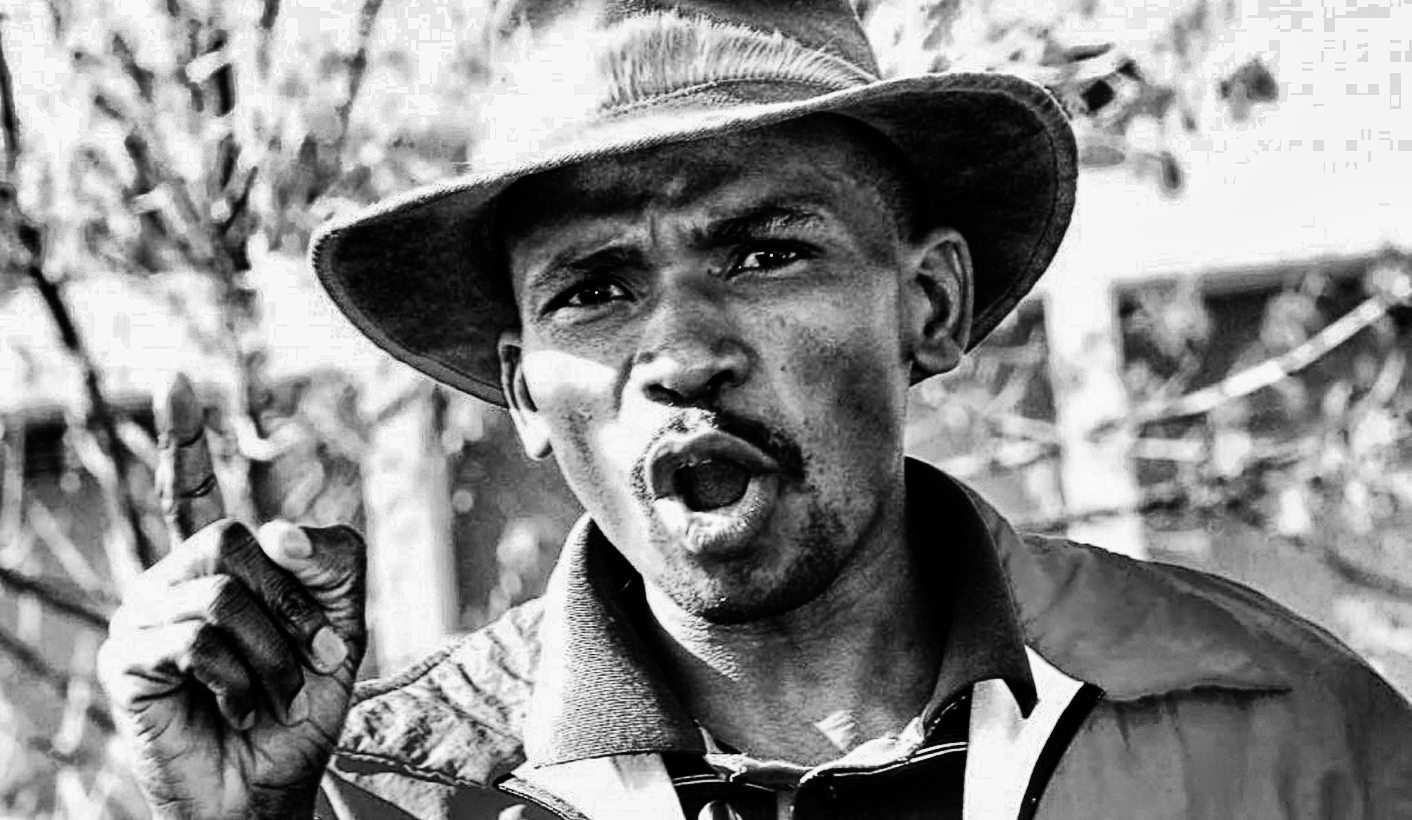 In a further sign of the mounting political intolerance in Lesotho, a senior member of one of the country’s coalition government parties has made what appears to be a veiled death threat in a radio broadcast against the US ambassador in the kingdom, Matthew Harrington. By AMABHUNGANE reporters.

Contacted for verification on Wednesday, Bokang Ramatšella denied issuing a death threat but described the envoy as a terrorist and said he would organise “a big protest to force him out of my country”.

Ramatšella is a national executive member of the Lesotho People’s Congress, one of seven parties in the ruling coalition.

amaBhungane has established that Harrington has indeed left Lesotho, but the embassy said in a statement that he was taking leave that was previously scheduled. It said it was aware of the threats made against him.

Ramatšella’s thinly veiled threat emerges from a transcript of a statement he made on Thursday last week on the news programme Masokotso on Ts’enolo FM, a private radio station aligned with the government.

In this, he accused Harrington of trying to overthrow the government and said: “Ha mmuso osa mo leleke re tla itelekella eena hoseng joalo o tla fella hona american embassy mono and taba eno ea hore o tla fella mono re tla e etsa hobane (If the government doesn’t force [Harrington] out of the country he will meet his fate at the embassy and no one will know what happened to him).”

He added: “Nthoeno ea hore o tla fella moo re tla e etsa hobane re tla e shoela, ha se rona ba pele ba ho shoela naha ena . ke a tsamaea mona a pesotse limpa mona hohle moo a tsamaeang agenda ea hae ele regime change (The issue of his fate will be settled by us, and if need be, we will die for it. We are not going to allow him to walk around and spread the agenda of regime change.)”

He also said that to force Harrington out, he was prepared to undergo a long jail sentence.

In a clear reference to former Lesotho prime minister Tom Thabane, who has fled the country, Ramatšella said that he would not allow Harrington to topple a government that he and others had worked hard to rescue from “criminals”.

“We will not allow him (Harrington) to destabilise my government and my country,” he said.

Ramatšella’s extraordinary attack follows escalating political repression in Lesotho following the publication of an article in the Lesotho Times about an alleged R40-million exit plan for the head of the Lesotho defence force, Tlali Kamoli.

Following its publication, the editor of the Lesotho Times, Lloyd Mutungamiri, was shot in the face in an apparent assassination attempt, while the paper’s proprietor, Basildon Peta, has been charged with crimen injuria and malicious defamation.

Peta was due to appear in the Maseru Magistrate’s Court yesterday, but the case was postponed after his lawyer told the magistrate that he could not be present because he feared for his safety.

Peta lives in Johannesburg. Mutungamiri is recovering in a South African hospital after undergoing two major operations to reconstruct his face.

In previous statements on Masokotso, Ramatšella has accused Peta of being a CIA agent and Harrington of being his handler.

He alleged that the two men had worked together in Zimbabwe in about 2002, when Peta fled the country, to effect regime change.

“The US ambassador, who was in Zimbabwe then, worked with Peta to spread lies in Zimbabwe and things got very tense. Peta was a US spy and CIA agent and deliberately fabricated stories to discredit Mugabe,” he said.

He accused Peta of using the Lesotho Times and his other publication in Lesotho, the Sunday Express, to destabilise the government. In a broadcast on Masokotso last month, he was heard to say that if he was the prime minister, Pakalitha Mosisili, he would “definitely kill him [Peta]”.

In his broadcast last week, Ramatsélla claimed that Harrington approached Lesotho’s minister of defence and national security, Tseliso Mokhosi, and told him that the Americans do not want to work with Prime Minister Mosisili.

“He has been seen behind terrorist non-governmental organisations which went to villages to influence communities to say that Lesotho doesn’t need the army,” he said.

In a telephone interview yesterday (Wednesday), Ramatšella said Harrington was a terrorist. Asked to explain this, he said the amabassador “did not consult the authorities”.

Asked why he might face jail in his efforts to deal with Harrington, he said he would organise a “big march” to force him out. He did not explain how organising a protest would earn him a prison term.

In its statement today, the US embassy in Maseru said it was aware of Ramatšella’s comments.

“While discussion of policy differences is entirely appropriate, direct threats against specific diplomats are unacceptable.

“We have full confidence in the government to fulfil its obligation under the Vienna Convention to ensure the safety of diplomats assigned to Lesotho. The ambassador is taking a previously scheduled vacation.”

Meanwhile, Lesotho’s minister of communications, science and technology, Khotso Letsatsi, paid a surprise visit to the Lesotho Times this morning, in which he demanded to know the whereabouts of the reporter who wrote the offending article, Keiso Mohloboli.

It is understood that the newspaper’s staff did not supply Mohloboli’s contact details. DM