Op-Ed: The response to AIDS has shown another world is possible 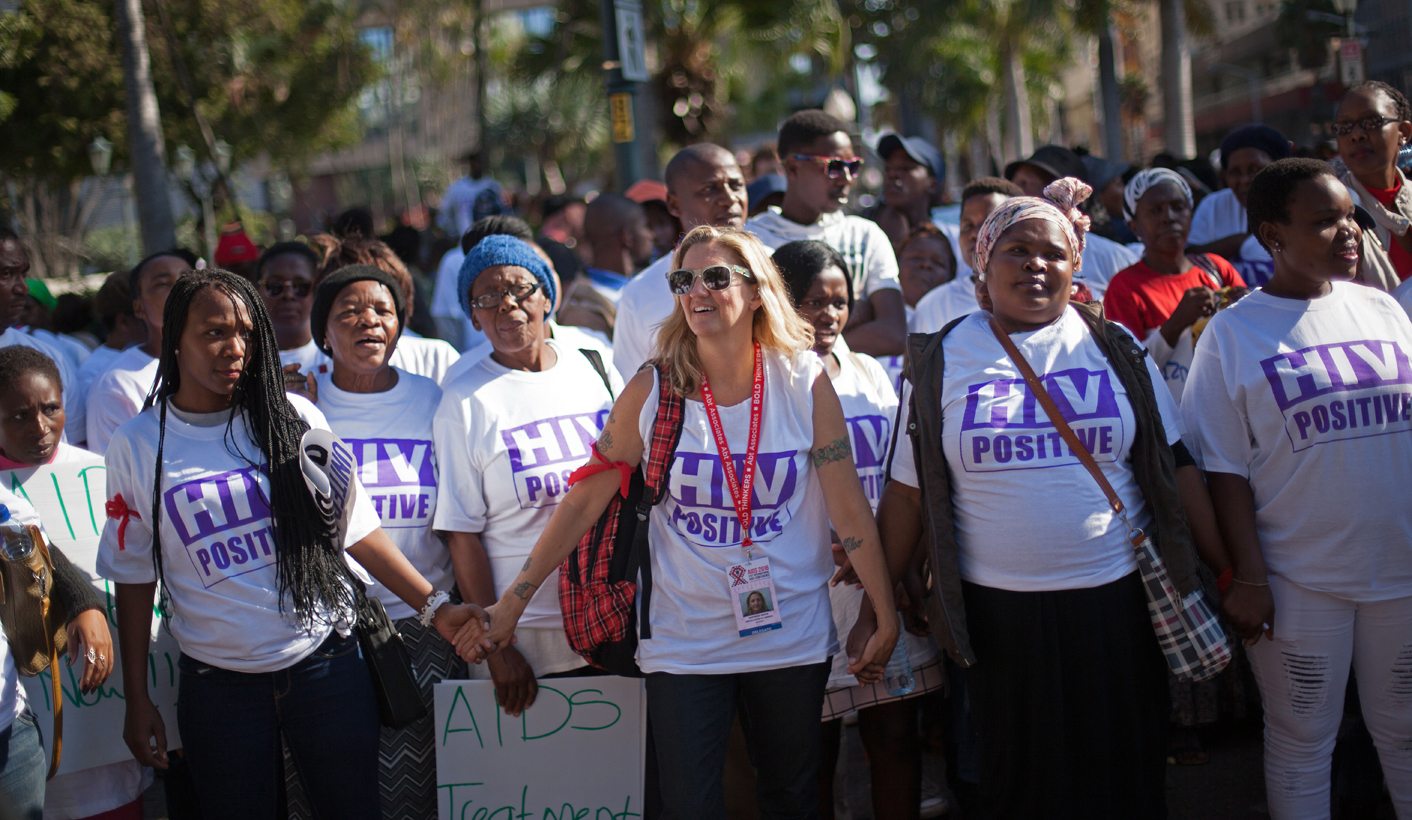 We live in a nasty, fragmented, divided world, where hatred is more and more ruling the roost. Glorious bastards who have been pushed beyond the pale of civilised behaviour are on a killing spree. Their intention is to provoke new wars and civil wars where person fights person on the basis of differences based on race, or religion or ethnicity. By MARK HEYWOOD.

A gleeful arms industry has found a new market for drones with bombs. The indiscriminate ‘fightback’ against terror frequently make matters worse. Ironically groups like ISIS are aiming to push people into the hands of bigots like Trump, Marie le Pen and Nigel Farage. They want more violence against marginalised people. They want racial and religious civil wars.

While reports of these horrors washed across our TV screens, the 21st International AIDS Conference began in Durban. Sadly, the energy and idealism that is evident here risks being eclipsed by global instability. Yet, in the AIDS activist movement and the 30-year response to AIDS, we have seen glimpses of another world; another way of living and loving, dying and doing business.

Sixteen years ago the International AIDS conference first came to Durban. At that point, the only people receiving life securing antiretroviral (ARV) treatment in Africa and other developing countries were accessing medicines through clinical trials. The few that were rich enough purchased life through private healthcare.

Sixteen years later, 17-million people across the world receive ARVs, mostly through public health care systems. This accomplishment is unprecedented in the history of any medicine. Seventeen million deaths have been averted. Although activists are rightly critical of UNAIDS’ www.unAIDS.org talk of the end of AIDS, the fact that an end can even be discussed – and that it is theoretically possible – indicates just how far we have come.

How did we come so far?

In the 1980s AIDS began its deadly rampage as an epidemic of recrimination and prejudice. Stigma is by no means over. Yet, the way in which people with HIV have stood up for each other has gone a long way towards breaking the stigma. Solidarity with people most at risk has won greater acceptance and recognition of sex workers, understanding of difference in gender and sexual orientation and the rights of drug users, prisoners, migrants.

Where once AIDS was marked by total hatred, there are now significant pockets of respect for love and diversity, solidarity and empathy, in every country in the world. A long way to go, yes, but a start.

Other profoundly important things have happened. Once upon a time almost every poor person with HIV was denied life by pharmaceutical companies intent on amassing vast profits from essential medicines. Activists shamed drug companies, challenged them in court, exposed their corrupt practices. Prices tumbled. As a result different business models began to emerge, ones that could make smaller profits from meeting the needs of larger numbers of people. Prices tumbled and tumbled.

Activists confronted the whole model of intellectual property ‘rights’ and by doing so were able to push back the WTO Agreement on Trade Related Aspects of Intellectual Property, an ‘agreement’ that had been forced on developing countries in 1995 at the height of capitalist triumphalism. As a result a massive market opened for generic companies based in India in particular. If similar challenges were mounted around drugs for cancer or other causes of illness millions more lives are there to be saved.

Learning how to make a market out of genuinely meeting needs and human rights is something other corporates must learn, including for decent food, housing and a hundred other of life’s necessities. That battle must still be joined by other advocates, that wisdom still acquired by a short-sighted business community.

So, AIDS is about AIDS. But it’s also about so much more than AIDS. It’s about justice and social justice. In the words of Edwin Cameron: “AIDS has taken us on a journey of light.”

In the weeks before this conference I warned that the job is only half done.

The global statistics remain frightening. According to UNAIDS:

My fears were not unfounded. As we sit in our padded seats, or rather as we march, sing, argue, meet, learn from each other, debate, shout, advocate, commiserate and occasionally cry, it’s becoming clear that this glimmer of hope risks being snuffed out. Conferences like this that refocus human rights activism, where politicians come to account to people, might be the last kick of a dying horse.

In activist meetings a very different picture is emerging to the optimistic one that government officials, ours included, wanted to make the AIDS story. There are medicine stock-outs in many countries. Sex workers and drugs users are humiliated, imprisoned and sometimes murdered. Poor people in rich countries are being left behind by the artificial segmentation dreamed up by some bright spark in the World Bank that declares certain developing countries ‘middle income’, ignoring the local context of inequality, corruption and severe deprivation.

Try telling the 12-million hungry people in SA or 25% unemployed that ours is a middle income country. “Dream on”, they will reply, “we would be happy if it was a ‘some-income’ country, rather than a no-income country.”

Human rights respecting countries like South Africa are silent on the human rights abuses by our economic allies in countries like China, India and Russia. Attacks on civil society organisations and activists are growing. In India, the Lawyers Collective – an organisation that has shone a light for human rights for 35 years – and 15,000 other NGOs are under attack.

Finally donor funding from developed countries for preventing and treating HIV and TB is declining fast. As right wing governments rise in the West and as the unwinnable ‘war on terrorism’ consumes ever greater resources, the appetite for matters-just is declining. If we are to meet the target of universal access to ARV treatment UNAIDS has announce that there is a funding gap of $7billion a year. But apparently taxpayers in developed countries feel that they have done enough now.

My answer to that, dear US Ambassador Gaspard and others, is to appeal to you that your governments try a little harder to talk to your taxpayers. Show your citizens how their investments in others’ lives have brought us half way across the river to the “end of AIDS”. Appeal to them to continue their largesse. Explain to them why their investment in AIDS is something they should take proud ownership of, how it has been an investment in humanity, health systems and social fabric. It has saved millions of lives. Tell them the job’s not done. Tell them the world will be safer for it.

Try also to persuade them that today’s way to win the war on tomorrow’s terrorism is in large part with love and respect for human rights, solidarity and empathy, inclusion rather than exclusion.

If we do not arrest these developments the response to HIV risks evolving once more into one based on market calculations about profit and investment frameworks rather than fundamental human rights. We will never come back to Durban to celebrate.

So, will this conference be the last kick of a dying horse?

It depends on you. DM