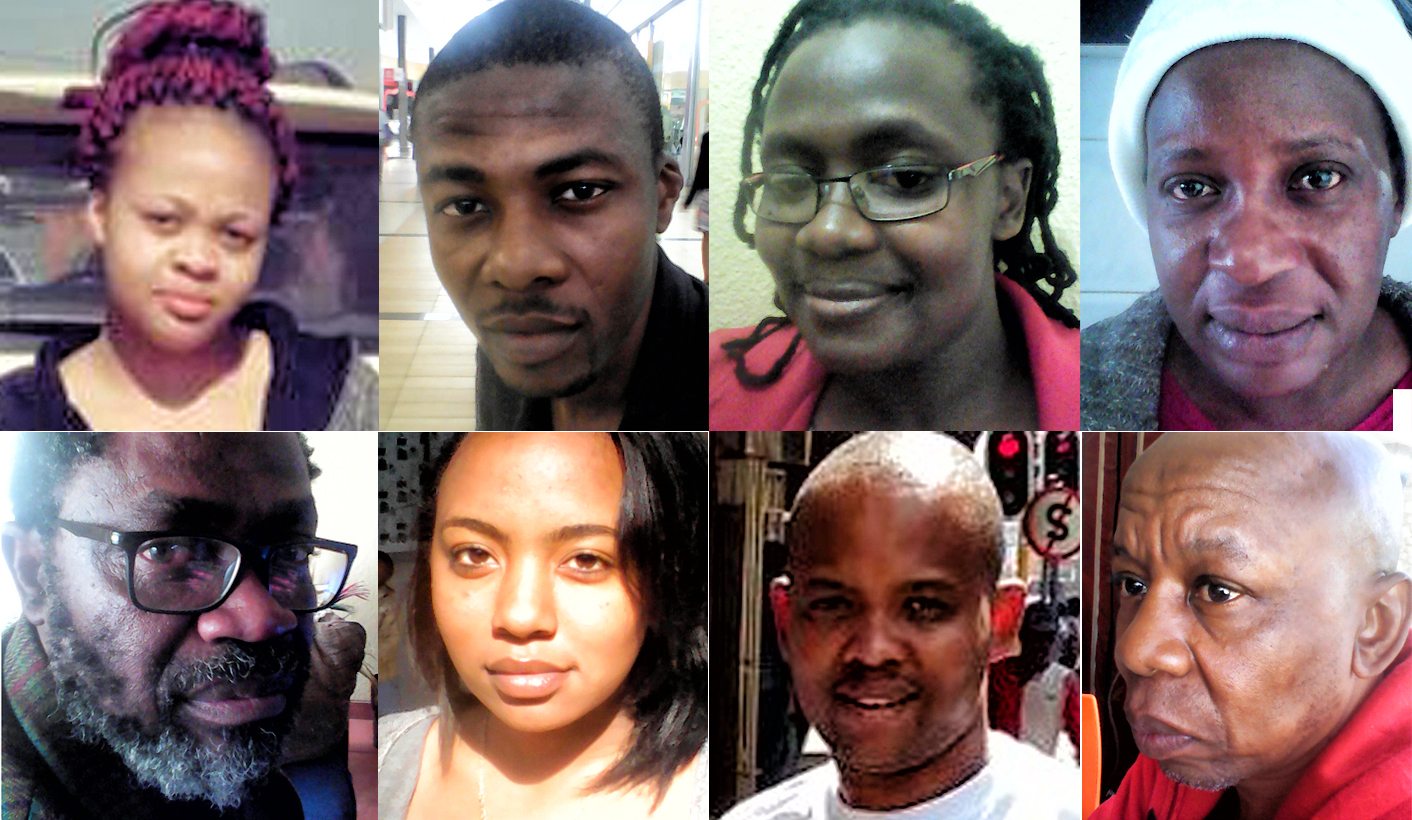 The discord that plagues the SABC is a massive threat to the corporation. Controversy around the COO, Hlaudi Motsoeneng, his leadership and even his qualifications are some of the things that exposed the extent to which the institution’s structural integrity has been vastly compromised. Here’s what some South Africans think. By BHEKI C. SIMELANE.

“Hlaudi must go. It’s not just him, the circle is bigger. You look at his qualifications, they are suspect, you look at his rise to the summit at the SABC. Look at Communications Minister Faith Muthambi’s rise to ministerial power. It’s a trend in the current ANC, a modus operandi if I may say that. Zuma never appoints credible people. His method is to replace good leaders with bad ones so that when something typically goes wrong he shares the blame. He needs people like that, his presidency thrives on their meaningless participation. People who should be in media are not in media because of Hlaudi. We do not even have our own school of journalism. Isn’t it important to groom our own journalists to our own flavours rather than censoring their contributions? I’m not saying they are wrong but I wonder if artists who are elated at the 90% local content fully understand what it entails. How much of the royalties will actually be paid to them by the SABC? The board must be chosen by a multi-party committee, periodic previews should be conducted on the public broadcaster, positions should be once-off. A good leader should produce better leaders and many other great leaders like himself. Zuma has produced none. Hlaudi must go.”

“There is a huge problem at the SABC, but an even bigger problem in the country’s political leadership. I bet it’s practically impossible that Hlaudi takes those huge decisions by himself. He managed to worm himself up the SABC ladder, and now he must take all the heat. There definitely is a third force in play, beyond Hlaudi’s own shortcomings. The third force is one that is behind the decision to overrule the public protector and court over Hlaudi. Hlaudi happened to be the self-proclaimed face of the SABC, now he must take the fall, but the challenges extend beyond him. Remember, his qualifications were in question. Now he is trying all his might to prove himself, by championing shockingly bad decisions. He is trying to prove that he can do the job, regardless. Even this censorship idea is not Hlaudi’s. It’s the ANC’s idea. This idea sprung up at the back of the violent Vuwani protests and the equally violent Tshwane protests against the installation of Thoko Didiza as mayor. Look, people do not feed off all this propaganda nowadays, they are clever. I disagree that Hlaudi should shoulder the whole burden of the political chaos in this country.”

“Very many people are not happy with the censorship at the SABC and I’m one of them. The decay at the public broadcaster is showing even in the programmes they play nowadays, they’re just not up to standard. I think the 90% local content is not such a bad idea because perhaps it might benefit some local artists. The whole of SABC, including the board, should take the blame for what is happening at the SABC. They kept mum when Hlaudi messed up. I don’t think it’s fair to call for his head. The ANC is a political formation, it should let experts in the field do their job and stop interfering in media issues. But TV is for the people and you cannot choose what the people see and what they don’t. The whole management, including the board, should be dissolved and fresh, innovative minds publicly chosen.”

“We had become used to the wide content on SABC. Mr Hlaudi should not have dropped a bombshell on us, but should have widely consulted with customers and then, on agreement, introduced the policies gradually. It’s shocking that he thinks he can choose what we see on our screens and what we don’t. We have the right to know what’s going on. Why should some things be hidden? We are a democratic country. If he has something to hide, then he is in the wrong business because you cannot be in media and want to hide things. He’s a horrible leader and an insult to this democracy. South Africans who are against his harsh rule should stand up against him. We should just take a big stand and stop paying our TV licences, but meanwhile Mr Hlaudi should exit and let the SABC serve the people of South Africa.”

“My view concerning the censorship issue at the SABC is that it depends on the ears and eyes that hear and see the violence during protests. Not everyone will react in a positive manner, some will exploit the situation. Some will be agitated to repeat the scenes for various purposes, but some will not. But if I may tell you, the people are no longer stupid. They see through all propaganda. Our country is big. The rules that Hlaudi has introduced at the SABC will sit well with some people, but will certainly also step on many people’s toes. Having said that though, I think the ANC should not intervene in media matters. This gives the ANC advantage over other political formations to manipulate the public broadcaster. The SABC shouldn’t be seen to belong to any political party, it should act and survive independently.”

“I believe what is happening at the SABC could lead to chaos. Journalists must be open and honest with the people. For what good are they if they will hold back violent scenes during protests? We need to know what sort of country we live in, and journalists help us understand. Violent scenes during protests are by no means a bad influence in society if you consider the role that non-censorship has played. The killing of Alton Sterling by police in the United States would have been a mystery had news censorship been in force in that country. I do not watch SABC any more, and the reason for my departure was the canning of Days of Our Lives, my grandparents’ most loved soapie. Hlaudi acts like a dictator and thinks he’s untouchable. Why is the SABC not projecting for the COO to rise from the ranks of journalists instead of being led by an unqualified person? SABC journalists are living in fear and the board supports Hlaudi. The board of the SABC must go, Hlaudi must go and there should be no political interference in the SABC.”

“I personally think that Hlaudi is providing leadership at the SABC, and that the problem we have at the SABC is the staff that want to align themselves. They think Hlaudi is being personal, but what Hlaudi is doing is actually is that he wants to give more attention to local artists. It is wrong for the employees of the SABC to think it is a political campaign. Remember in South Africa artists are very few, why would Hlaudi want to gain their favour? The leadership provided by Hlaudi is good because he wants to grow local talent. The problem with employees at the SABC is aligning themselves with certain political parties. They are more politicians than journalists. The staff that is against Hlaudi should stand for elections; in elections we will vote for them if they want to participate in politics. For now they should stop claiming they are mistreated. They say this because they obviously harbour ulterior motives.”

“Censorship of news is not great. It is okay to show violent scenes during protests so that people know what is happening. Apart from sensitive viewers, there is no reason why all other viewers should be involuntarily shielded from violent scenery during riots. However, regarding the 90% local content rule, I’m in support because some up and coming artists will not struggle for exposure, also we cannot keep promoting foreign music while our local artists are lagging. I’m not particularly sure whether or not the actions of Hlaudi make him a bad or good leader but the general perception is that he is incapable of taking the SABC to greater heights. A good leader would know what is right and what is wrong, and media freedom is important. Media is about freedom of speech.” DM