ANC finally wakes up to rot at SABC 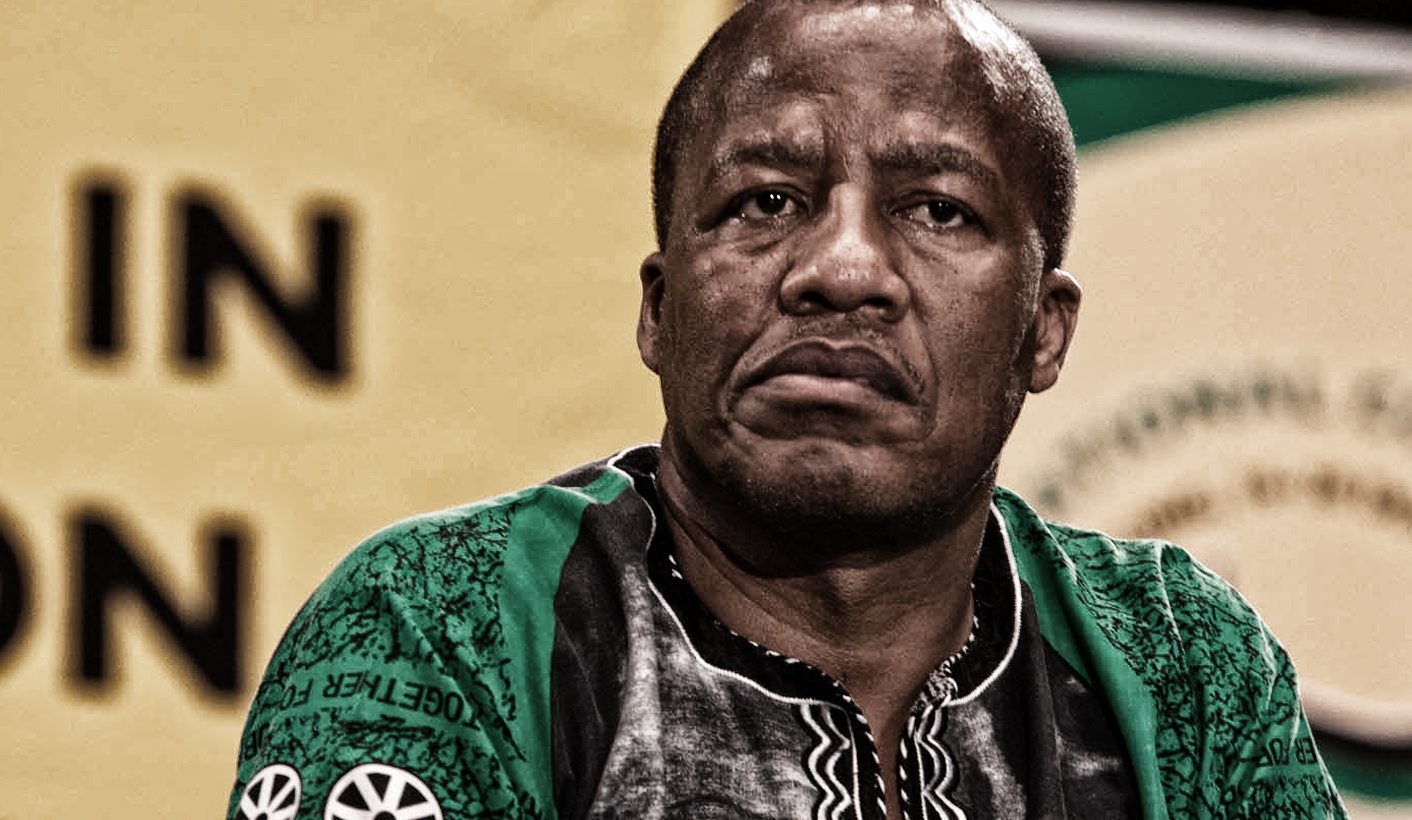 The ANC on Tuesday condemned censorship at the SABC and said senior management had taken “arrogant” decisions and lacked the expertise to run the institution. As pressure on the SABC’s Hlaudi Motsoeneng has reached a crescendo, the ANC’s stance might be better late than never, but the there’s still the question of whether it has the power to begin turning the public broadcaster around. By GREG NICOLSON.

Speaking at Luthuli House on Tuesday, Jackson Mthembu, ANC chief whip and chairman of the party subcommittee on communications, made a surprise announcement, sternly criticising SABC leadership and its decision taken in May not to air footage of violent protests.

Mthembu said the editorial policy change was unconstitutional, hadn’t followed a consultation process, and that South Africans don’t need someone telling them what they should and should not be able to see.

“We are not in support of any censorship. We are not in support of any public broadcaster coming to the public domain and saying this is what you can watch, this is what you can’t watch,” said Mthembu. It was “arrogant” for the SABC to limit the news and if property has been burnt people should be able to see it, he said, refuting SABC COO Motsoeneng’s argument that such images incite more violent protest.

Mthembu was adamant the ANC had nothing to do with the decision and said the SABC had not consulted Parliament, the public or the party before taking the decision.

“We are blank as many South Africans are,” he said. “If somewhere midstream you want to change policy [and] you don’t consult with us, that also shows disregard for the governing party.”

Mthembu, who served for years as ANC spokesman, said the ANC fought for a free press and could not support censorship, a word he repeatedly used.

The ANC’s position comes amid outcry from media representatives, civil society, unions, opposition parties and former SABC executives condemning the state of the public broadcaster and calling for the removal of Motsoeneng. Last week saw protests outside SABC offices in Cape Town and Johannesburg as seven SABC journalists are facing sanctions or suspensions for speaking out against the SABC’s policies and culture. Acting SABC CEO Jimi Matthews last week resigned, saying what is happening at the public broadcaster is wrong.

Much of the criticism has been levelled at SABC COO Hlaudi Motsoeneng, who reportedly brags about his control of the public broadcaster and led sweeping changes to editorial policies. Motsoeneng has managed to stay in his position despite a damning report from the Public Protector and losing multiple court cases, which he has drawn out through appeal applications.

Mthembu said the ANC didn’t want to single out one person from the SABC, but all of senior management. “I can assure you at the highest managerial level, we are lacking, that’s why we keep on moving from one crisis to another,” he said. “Truth be told we are not happy at the expertise the SABC has at the highest level.”

The ANC has called on multiple communications ministers to appoint qualified leaders at the SABC, he said, and has raised issues of the employment process, such as advertising positions, short-listing candidates, interviewing them and giving the job to the most qualified applicant. “The ANC has raised those issues,” said Mthembu. A court ruling found Motsoeneng’s appointment flouted those steps.

Several journalists in Tuesday’s briefing questioned the ANC’s apparent confusion on the issue. When the SABC announced it wouldn’t air footage of violent protests, Communications Minister Faith Muthambi said it “will go a long way to discourage attention-seeking anarchists”.

ANC Spokesman Zizi Kodwa said it opened a debate on the media’s role in nation building and the decision shouldn’t be seen as censorship. Last week, Kodwa slammed those taking part in the protests as opportunists with agendas; a few days later he said the serious allegations against the SABC should be investigated. Mthembu on Tuesday said protesters were standing up for what was right and he supported the demonstrations. Tuesday’s position is the official stance of the ANC on the issue, he added.

Mthembu wouldn’t be pinned down on whether the ANC was calling for the suspended journalists to be reinstated, but suggested the suspensions were wrong and should be reversed if they were based on the journalists confronting a wrong policy of censorship. While it was pointed out that they face disciplinary hearings on Friday and could lose their jobs before the ANC acts on the issues, Mthembu would not take a clear stance.

The ANC denied it has worked with the SABC to limit coverage of opposition parties. On Sunday, Matthews told eNCA he was part of decisions influenced by “certain people in the ruling party including people like Hlaudi” to limit coverage of the EFF. “I want to assure you we don’t need to connive. The ANC has the best policies,” Mthembu said.“We are also a recipient of this terrible corporate culture at the SABC and it is this culture that all of us need to end,” he continued, citing a delay in airing an ANC advertisement on SABC channels.

“We have never asked anybody in the SABC to speak for the ANC, nobody. Nobody in the SABC represents the ANC. We are able to represent ourselves.” Mthembu said the ANC was open to an inquiry looking into political influence at the public broadcaster.

The question is, what now? The ANC has summoned Muthambi to a meeting at Luthuli House on Monday to explain the problems with SABC management and the details of how the decision to censor violent protests was taken. She was encouraged to bring the SABC board and other decision makers. “We have indicated our displeasure,” he said.

Muthambi is a keen backer of Motsoeneng. The “Friends of Hlaudi” group and actors and musicians, buoyed by increases in local content quotas and royalty payments, this week vowed to defend him. Muthambi is seen as a close ally of President Jacob Zuma, and as a minister serves at the prerogative of the president. In the past she has ignored the ANC communications subcommittee on the issue of digital migration, which appeared powerless to force its will.

“If we did not have any control over the minister what would be the purpose of calling her?” asked Mthembu. DM