Domingo’s ‘workload’ alarm and the importance of international cricket 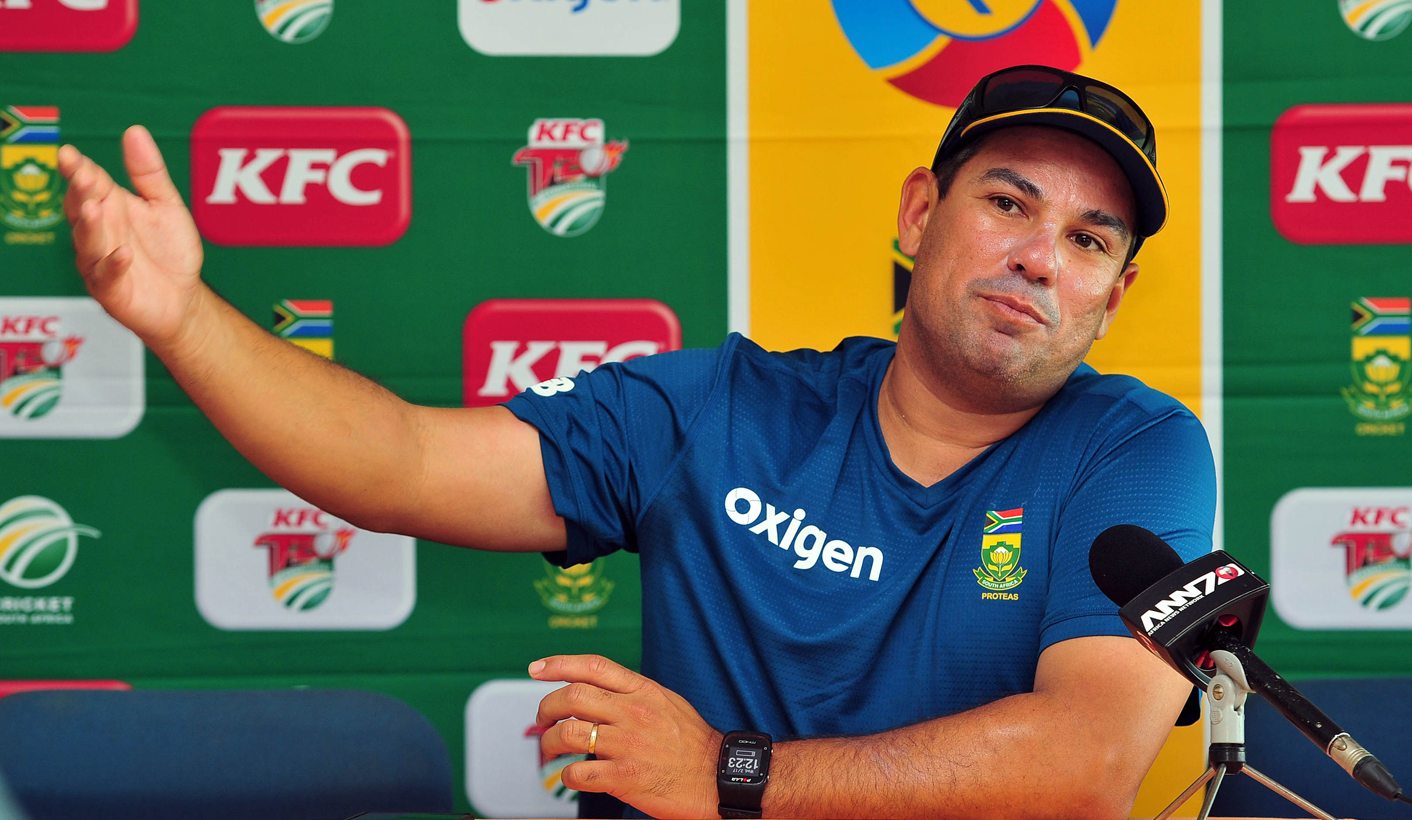 Russell Domingo raised some alarming points over the workload of some of South Africa’s players and the value that is placed on international cricket, as the team returned from yet another failed campaign in the Caribbean. By ANTOINETTE MULLER.

There is no doubt that professional sport is constantly changing. Every major sporting code has gone – or is still going through – a transitional phase, and one of the biggest challenges for sport is the importance of the international game. Soccer has the World Cup and its continental cups to ensure that it stays relevant. Rugby has Sevens, the World Cup, the Six Nations and the Rugby Championship, amongst others. Cricket, however, is battling a completely different challenge.

With the sport straddling three different formats – often with different audiences, different skills required and different levels of personal investments from its fans – it is increasingly struggling for relevance not just with its audience, but also with international players.

Sportsmen have short careers and they need to make the most out of the time when their bodies are healthy and allow them to earn an income. Nobody can blame a player for taking up a T20 pay cheque, especially not when the rand is weak and the money players can earn for just a few weeks of playing abroad could be equal or more of what they earn in a year playing for their country.

This phenomenon is hardly new, but it is one that South Africa’s coach Russell Domingo has highlighted as a concern after the team returned home following their failed tri-nations campaign in the Caribbean.

“The big challenge for me is making sure that international cricket is still the main priority for our players,” he said on Wednesday.

“There are lot of tournaments, a lot of money to be made, a lot of opportunities for players to get out there and market themselves, so I need to be making sure we focus really hard on our number one priority, and that is representing our country.

“Sometimes, if you have done it for a long time, you can take it for granted, maybe. There is a lot happening outside international cricket. Making sure guys are fresh and hungry to perform for their country is of utmost importance for me.”

Domingo’s concerns come at a time when the International Cricket Council (ICC) is desperately trying to find some sort of context outside of a World Cup year for the one-day game. With the rise of the T20, the one-day format has been somewhat neglected and the ICC is rumoured to be mulling over the possibility of introducing a league structure that will also allow for a promotion and relegation system. While that idea is well-intended, it increasingly feels that it might be too little, too late for limited overs cricket in the international arena.

With T20 leagues mushrooming all over the world and fans’ attention spans becoming ever shorter, one-day cricket is facing an uphill battle, not helped by the fact that the world’s top players are lured by these lucrative leagues and playing vast amounts of cricket as a result.

This perhaps sheds some light into assessing South Africa’s slump in the Test rankings, but the fact that they have failed to perform in the formats where they have vast match experience raises a few alarm bells. Domingo reckons the struggles in the recent tri-series – where the Proteas blew hot and cold and the batsmen stuttered far too often – is because of all the cricket that is played, including the T20 leagues many of South Africa’s top players are part of.

“This loss comes on the back of our top players playing too much cricket. It’s a big concern for me. It’s one of the points I need to highlight with my superiors when I get time to sit down and chat to them.

“Think about our seriously long tour to India, long tour against England, then straight into the World T20. Then players stayed behind, played the IPL and flew straight to Caribbean.

“Some players arrived two days before our first game in Guyana and now some are staying another four weeks in the Caribbean, some are playing county cricket, then home for two weeks, then a series against New Zealand, then go and play a mini IPL, then straight into a tour against Australia.

“Those are challenges that the coaching staff and the players are sitting with at the moment. When you are playing that amount of cricket for that period of time, it’s difficult to maintain the standards consistently.”

These challenges will only increase as lucrative T20 competition expands. The Board of Control for Cricket in India’s (BCCI) plans to stage a mini IPL this year (essentially to replace the now defunct T20 Champions League) with the United States of America and the United Arab Emirates being touted as hosts, and the Caribbean Premier League’s plans for franchises in the States are just two examples of how the T20 leagues continue to grow and swallow up pockets of the international cricket calendar that should be designated for rest.

It is simple “supply and demand” economics, but for fans who still value international cricket as the pinnacle of the game, it should be a concern. The threat that international cricket begins to revolve around T20 leagues rather than the other way around is very real and it is up to the ICC to do everything in their power to ensure that this does not happen. DM