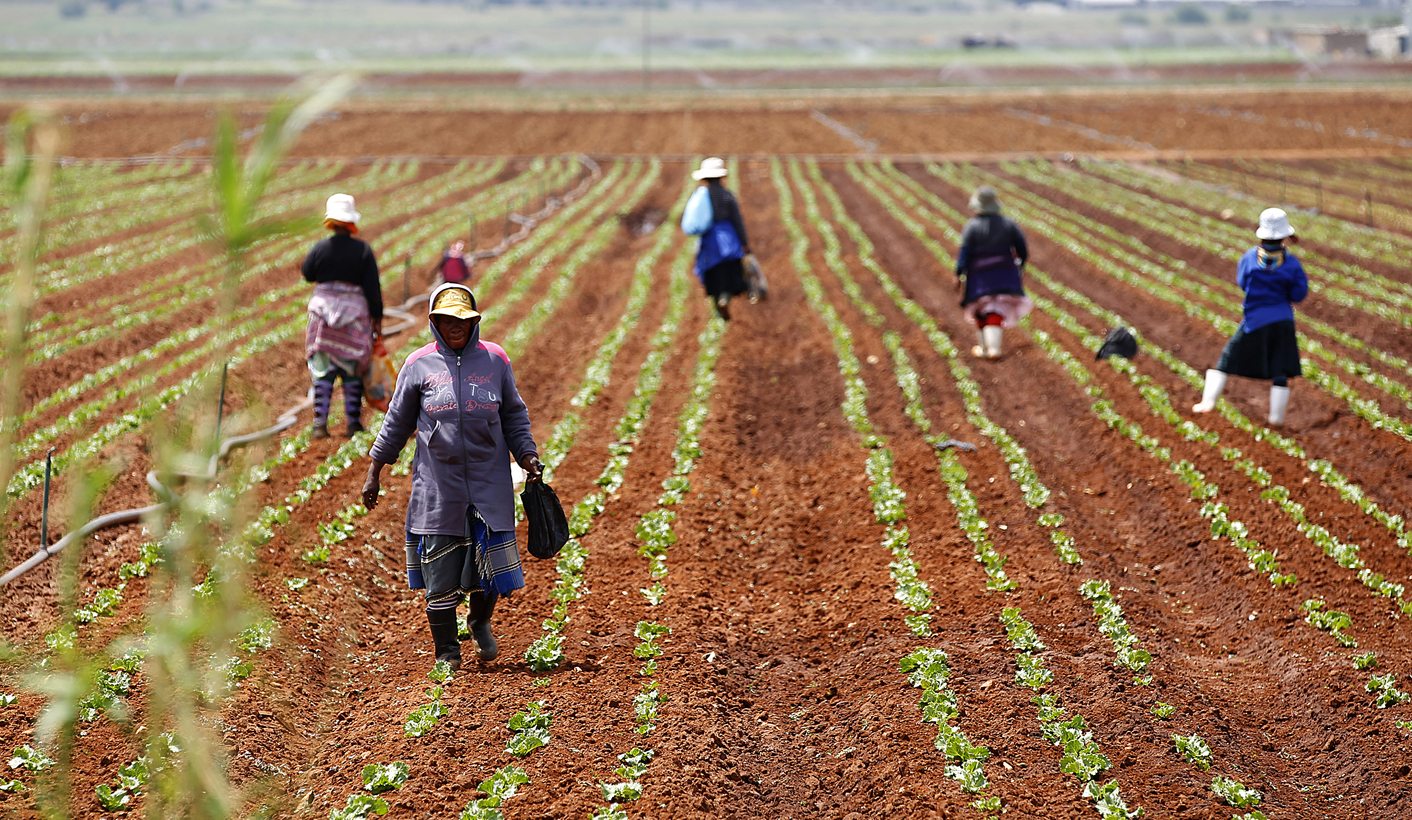 Sunday 19 June marked the 103rd anniversary of the Natives Land Act; legislation that precipitated the widespread dispossession and forced relocation of black South Africans. Awaiting signature on President Zuma’s desk is the Expropriation Bill, the latest law designed to address that painful legacy. Whether he endorses it or not will say a great deal about how he perceives rural South Africa. By NICK BRANSON.

In the past two decades, about 8-million hectares of white-owned land has been transferred through restitution and redistribution. Yet land reform has failed to dramatically restructure the agrarian economy, transform rural livelihoods, or address underlying racial, social and gender inequalities. For many living on communal land, their existence remains precarious.

A recent symposium hosted by the Nelson Mandela Foundation and Council for the Advancement of the South African Constitution (Casac) heard how land reform had been subverted by political considerations.

Communal land tenure rights have been curtailed through a flurry of legislation designed to empower traditional leaders – at the expense of the most vulnerable South Africans. Senior figures in the ANC have courted chiefs, promising them a greater degree of authority over land use and development, in what was described as “a vote-buying exercise” by Professor Ben Cousins from the University of the Western Cape.

This bargain is simple, according to Dr Mbongiseni Buthelezi of the Public Affairs Research Institute. Traditional leaders enjoy an expanded role in local mining, infrastructure, and forestry projects; in return they supposedly ensure rural South Africans turn out to vote for the ANC. Holding discretionary powers over access to land enhances the authority of chiefs, enabling them to direct those on communal land into bloc voting for the ruling party.

The ANC’s decision to govern by proxy through chiefs, rather than attempting to win the hearts and minds of rural voters, echoes the clientelist approach to governing the tribal homelands adopted by the National Party.

It has proved electorally successful, so far. The Traditional Leadership and Governance Framework Act and the Communal Land Rights Act (CLaRA) prompted traditional leaders in KwaZulu-Natal to shift their support from the Inkatha Freedom Party to the ANC in 2004. This enabled the party to win elections in that province for the first time.

However, little consideration has been given to the potential cost to those in the former bantustans. Had CLaRA not been deemed unconstitutional, it would have effectively turned more than 15-million hectares of land into feudal chiefdoms.

Six weeks before the April 2014 elections, the ANC promised chiefs another windfall at the expense of indigent South Africans. The Restitution of Land Rights Amendment Act opened the door to new land claims, despite the Department of Rural Development and Land Reform having yet to resolve 29,000 existing cases. President Zuma’s call for the National House of Traditional Leaders to examine “claims on behalf of your people” exposed the quid pro quo. Whether it culminates in a land grab by chiefs, or merely their enrichment through accepting cash compensation, the political purpose of the legislation is clear.

As South Africa prepares for municipal elections in August, it is no coincidence that parliament is deliberating the Traditional and Khoi-San Leadership Bill as a successor to the Traditional Leadership and Governance Framework Act. By awarding chiefs jurisdiction over defined geographical areas, this legislation would entrench Bantustan-era boundaries and policies and undermine customary practices. Instead of addressing land tenure insecurity, as required by Section 25 (6) of the Constitution, it further empowers chiefs at the expense of the 17-million South Africans living on communal land.

Stha Yeni, from Oxfam South Africa, provided powerful accounts of traditional leaders pursuing lucrative opportunities in the face of local resistance. She cited examples from Makhasaneni in KwaZulu-Natal, Xolobeni on the Wild Coast, and the Bakgatla-ba-Kgafela tribal authority on the platinum belt.

Perhaps we should not be surprised. In the absence of checks on the authority of traditional leaders, human nature dictates that many will attempt to maximise the benefit of their office. Individuals also look to their peers. Lawson Naidoo, Casac Executive Secretary, asked, “How can we can expect chiefs not to pursue their personal interests above their obligations to rural citizens when the president has shown such blatant disregard for the Constitution?”

The ANC should be able to point to its record on land reform, rather than expecting chiefs to corral the poor and vulnerable into voting its way. The Expropriation Bill could provide an opportunity to resolve the “Land Question”, if used rather than abused.

A new paper from Africa Research Institute concludes with a series of policy provocations from Prof Cousins. He recommends that the sum allocated to land reform be increased five-fold, from 0.4% to 2% of the national budget. Cousins suggests that the state use these resources to acquire land from a majority of commercial farmers and redistribute this to 200,000 entrepreneurial black smallholders, as a means to fundamentally alter the agrarian economy.

Lubabalo Ntsholo, a researcher for the EFF in the National Assembly, recently critiqued Cousins’ proposals, asking why all farms should not be expropriated, regardless of their contribution to food security and exports. He dismisses agrarian reform, rural development, and job creation as “secondary issues”.

Ntsholo’s disdain for gradualism is understandable in a context where meaningful reform has been repeatedly delayed, but as the aphorism recalls, “politics is the art of the possible”.

This inconvenient truth might prove incompatible with revolutionary dogma and the Fighters’ campaign for votes, but it will be foremost in the minds of those committed to resolving an emotive and potentially destabilising issue.

ANC strategists should recognise that the Expropriation Bill has the potential to dramatically restructure ownership of the agrarian economy, create opportunities for employment, and improve rural livelihoods. It would enable the party to dispense with paternalistic chiefs, neutralise populist rhetoric, and address the legacy of the 1913 Natives Land Act. It’s time to be bold. DM

Photo: Farm workers stand in a field at a farm in Klippoortie, east of Johannesburg November 21, 2012. REUTERS/Siphiwe Sibeko.

This article brought to you by: