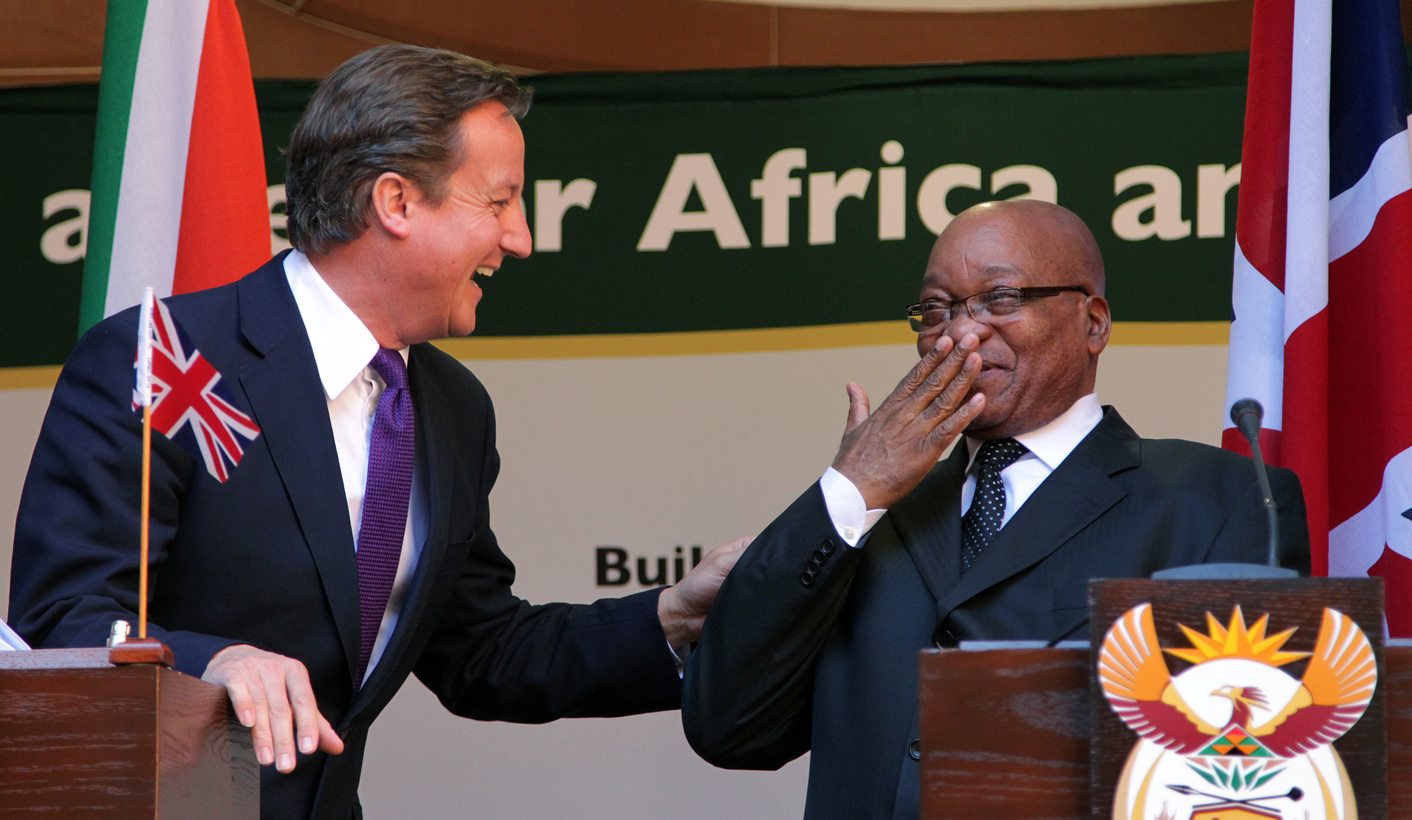 Africa, and especially South Africa, would be hit hard by the shock waves if the UK cuts the EU adrift. By Peter Fabricius for ISS TODAY.

First published by ISS Today, a publication of the Institute for Security Studies.

‘Fog in the channel – continent cut off.’ The Brookings Institution reminded us of this famous though apocryphal British headline in an analysis of Brexit this week.

For Brookings, the headline epitomises the insularity – not to say solipsism – of the Brexiters, that disturbingly large number of Britons who will vote to leave the European Union (EU) today.

South Africa’s otherwise rather dour Trade and Industry Minister Rob Davies also gave us a dryly humorous take on Brexit this week. He offered British companies that lost their duty-free access to European markets, if the United Kingdom (UK) exited the EU, a home in South Africa. That would continue their access to the EU market through the EU-SADC Economic Partnership Agreement (EPA), which has just been signed between Brussels and six countries of the Southern African Development Community (SADC).

It is indeed rather ironic that if London does decide to divorce Brussels today – and polls are still showing the Brexit referendum is too close to call – South Africa might enjoy greater access to the EU market than Britain.

But this is hardly something to gloat about. If the UK does pull out, it won’t be official policy and it won’t be personal – but Africa, and especially South Africa, will nonetheless be hit, and possibly hard, by the Brexit shock waves; like every other part of the world, economists believe.

Trade, investment and, indirectly, even development aid, are likely to be hurt.

Steve Barrow, head of G10 Research at Standard Advisory London, noted this week that any trade deals that African countries had with the UK were in effect trade deals with the EU, which has the sole jurisdiction over external trade for all its members.

The Remain campaign had been emphasising this point and warning that if the UK pulls out of the EU, all trade deals – including the EU-SADC EPA, as far as it affected Britain – would become void. It would possibly take years to re-negotiate all these trade deals, so trade would be severely disrupted.

“And any trade deals with Africa would probably be re-negotiated on the same terms,” he said, because African and British firms were mostly not competitive with each other. “They’re not going to be whacking big tariffs on imported Kenyan roses, for example.”

Nonetheless the sale of Kenyan roses – and all other African exports – would be hurt if the UK went into recession after exiting the EU, which he was sure it would. They would also similarly be hurt by the decline in the EU economy, which would also surely follow, Barrow said.

Kenya would sell fewer roses not because of any official new trade barriers, but simply because Britons would be less able to afford them. The same would apply to other African exports.

The UK stock exchange would also take a hit, sterling would fall and this financial shock would also impact Africa, particularly South Africa, at least in the short term and perhaps for longer. South Africa would feel the shock more than other African economies both because of the many major South African companies that were dual-listed on the London Stock Exchange, and because the rand was more liquid and so more vulnerable to immediate outward capital flows.

These shocks would also affect outward British investment and inward investment into Britain because foreign entrepreneurs – including South Africans – would probably be reluctant to invest in the UK when it no longer had easy access to the EU market.

This is the scenario that Davies was referring to, though tongue-in-cheek.

South Africa’s Finance Minister Pravin Gordhan has been quoted in the Sunday Independent as saying that if the UK exits the EU, “the volatility and uncertainty could have a serious impact on us as a country.”

Efficient Group chief economist Dawie Roodt told the paper that Brexit would increase risk aversion among investors; leading to higher inflation, weaker growth and higher interest rates in South Africa, where the economy has already shrunk 1.2% in the first quarter.

Barrow thought it unlikely that a new, post-Brexit government would renege on Britain’s firm commitment to spend 0.7% of its gross national income (GNI) on development aid (the Organization for Economic Cooperation and Development standard). Nevertheless, if the UK economy went into recession, 0.7% of GNI would decline in absolute terms, and so development aid to Africa would probably diminish.

If, however, Britons vote to remain in the EU – as Barrow and an increasing number of other analysts expect – the British economy should enjoy a boost that would help all its trading partners, including Africa. This should come from the release of pent-up investment that has been held back out of uncertainty about the outcome of the Brexit referendum.

Though Barrow is sure that Brexit would be bad for Britain economically, he has grown to understand the Leave sentiment better. “From outside, people think we are mad to want to leave the EU. But when you get closer to people you can see where their angst is coming from.” The causes of angst were immigration and the increasing undergrowth of red tape that was gradually strangling UK business, he suggested.

“It’s like being on a ship that is starting to list. Do you rush to the lifeboats and risk drowning that way? Or do you stay on the ship and risk going down with it?” There is a sense in which the EU – and especially the eurozone – are sinking, he believes. Britain has been protected from this for a long time, however, because it has negotiated lifebelts in the form of opt-outs from the more onerous EU obligations.

For all its negative impacts on the rest of the world, though, Brexit would in the end be worse for Britain itself.

As Jakkie Cilliers, Head of the African Futures and Innovation section of the Institute for Security Studies, suggests, leaving the EU would be a decisive blow against the UK’s global influence. For many years, Britain’s influence has been waning – also in Africa and relative to France, for instance. But it has been punching above its weight through its membership of the EU and its close alliance with the United States. ‘If it leaves the EU, that will be the end of empire,’ he concludes. DM