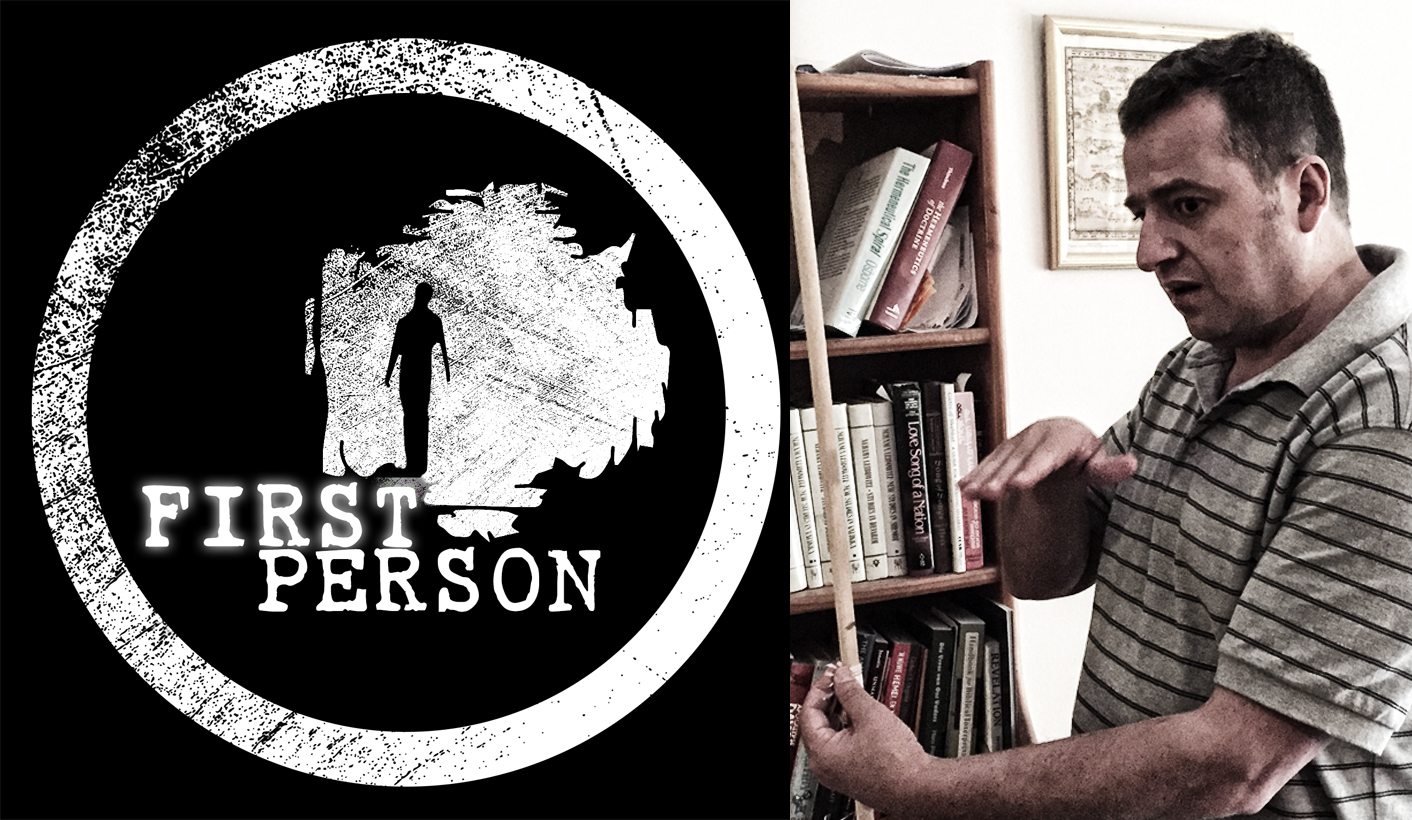 What's going on round the corner, up the road, upstairs, behind that fence or those net curtains? A new podcast, First Person, is an intimate attempt at getting to know ordinary South Africans who are up to interesting things in private and occasionally public spaces. Meet pigeon fanciers, pensioners taking psychedelic journeys, a sangoma channelling her boer ancestor and more. Hosted by Daily Maverick's MARIANNNE THAMM, the first episode is a close up on Thomas Mollett, an ordinary man consumed with solving cold cases.

Thomas Mollett is no newcomer to the pages of the Daily Maverick but this time we travel to Piketberg and speak to the amateur forensic detective in his home.

In the first episode of First Person, Mollett explains his theory of what really happened that Valentine’s night in 2013, as well as revealing who he thinks killed Stellenbosch University student, Inge Lotz, in 2005.

Mollett has devoted his life to solving these two murders, two of the country’s highest profile and most baffling cases – and all from his lounge where he recreates crime scenes, pores over photos till the early hours, calculates blood loss and bashes pigs’ heads around with a hammer, just like the one he believes was used to kill Inge Lotz. Unlikely as it may seem though, some in the establishment are beginning to take his work seriously.

Thomas is the opening subject of Kagiso Media’s new 30 minute podcast series, First Person which aims to uncover the extraordinary stories that lurk behind some of the most ordinary-looking South African front doors.

I have always been fascinated by the idea that we are around people all the time, in every day situations but we have no idea what their lives are really like. Nearly everyone has something extraordinary about them, a story that would make you think ‘I’d never had known that, just to look at them’. We’ve uncovered some of those stories.