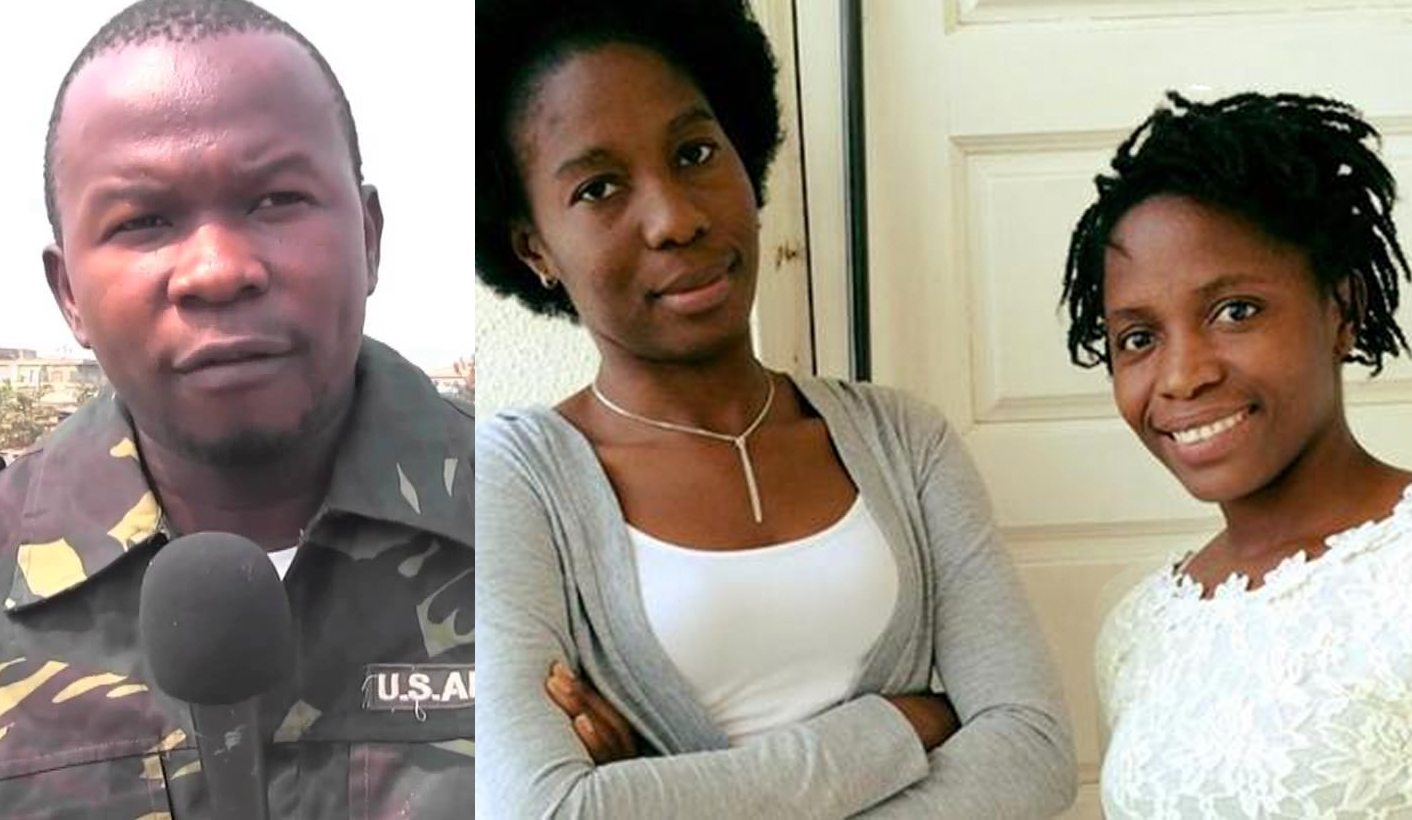 Last June, a group of 17 young Angolan activists were arrested in Luanda. Their crime? They were reading the wrong book. A year later, the Luanda Book Club remains in jail, persecuted by the same corrupt, authoritarian and brutal government they were peacefully protesting against. By SIMON ALLISON.

Pedro “Pedrowski” Teca was at a conference outside Angola when he found out that his fiancée, along with most of his friends, had been arrested. He wasn’t surprised. “I was waiting for the worst to happen,” he said, reliving those moments. “But preparing for the worst is one thing. The reality is different.”

On 20 June 2015, a year ago this week, 17 Angolan activists were rounded up by security forces, including Rosa Conde, Teca’s fiancée. Most were nabbed during a group reading of Gene Sharp’s seminal text, Dictatorship to Democracy, A Conceptual Framework for Liberation, in Luanda.

The regime, a de facto one-party state, charged the young activists with everything they could think of: attempting a coup, attempting a rebellion, criminal association, and threatening the life of the president and key officials.

The charges were ludicrous, and changed constantly during the trial. Although these would-be revolutionaries made no secret of their desire for change in Angola, violence was not in their vocabulary. Sharp’s book, in fact, is a manifesto for non-violent resistance.

“I don’t know how to shoot a gun,” said Teca, himself a youth activist, and neither did his friends. But Angola’s president is not stupid: having despatched plenty of armed enemies during his 34-year tenure, Jose Eduardo dos Santos knows that a peaceful, youth-led uprising based on the Arab Spring template is a far greater threat to his family’s hold on power. As the Daily Maverick observed at the time: “Dos Santos dodged another bullet. Not a literal bullet, you understand, but a literary bullet – and as we all know, the latter are far more dangerous.”

In March, in a verdict widely dismissed by rights groups as a travesty of justice, the 17 dissidents were convicted and sentenced to prison terms ranging from two to eight years. The trial was a farce, so much so that accused activist Nito Alves had six months added on to his sentence for describing it as such.

Most of the group were expecting it, and had travelled to the sentencing with clothes and supplies in anticipation of further incarceration. Not Conde: she still hoped to be set free that day, clinging on to the hope that there was still some integrity in the Angolan judiciary. She should have packed a bag, of course: she received a sentence of two years and three months behind bars.

Jail in Luanda is rough at the best of times, but being a political prisoner makes things even worse. Conde and the only other female in the group, Laurinda Gouveia, are being held in a women’s prison. According to Teca, who visits his fiancée regularly, the two are singled out for poor treatment by prison authorities and other inmates. “My fiancée has been beaten by other inmates while the guards looked on and shouted, ‘Beat them! Beat them! They are from the opposition’.” Some of the male activists, in the São Paulo hospital prison, have been beaten and tortured by guards wielding electric cattle prods and pepper spray.

The poor diet and unclean conditions have had a severe impact on Conde’s health, so much so that she miscarried. Teca is devastated by the loss. “This is what they have done to us. I didn’t get married yet. We didn’t get married. We didn’t have a baby. That’s how personal it is.”

The small things get to Teca too. Conde’s birthday was on 5 May, so he brought her a cake. But the guards decided not to let him see her that day, and slashed the cake into pieces before giving it to her. “They did not let us, as family members, celebrate with her. They say inmates are not allowed to celebrate their birthday with family members. I’m not allowed to touch my fiancée, not even to kiss her. I’m not allowed,” he said, visibly upset.

Despite his own heartache, Teca has continued to criticise the Angolan government, and still advocates for change at the very top. But he acknowledges that as much as the government’s treatment of the Luanda Book Club has been illegal, it has also been effective. Currently, Teca and his colleagues are far more focused on getting their friends out of jail than on toppling Dos Santos. Teca argues that the whole situation was engineered as a kind of trap to distract the young activist group. But although they can see the trap, they can’t avoid it.

Meanwhile, the ageing President Dos Santos is consolidating his family’s power even further. Earlier this month, his daughter Isabel dos Santos was appointed as head of Sonangol, the state oil company which accounts for up to half of the country’s GDP. After the presidency, this is perhaps the most powerful position in Angola. Dos Santos’ son, José Filomeno de Sousa dos Santos, is already in charge of Angola’s sovereign wealth fund, meaning that the Dos Santos family has complete control of the country’s purse strings.

The regime is targeting other perceived opponents too. Also in prison in Luanda is Joseph Kalupeteka, a charismatic preacher who attracted a devoted following of thousands of people. Sensing a future threat, Kalupeteka’s camp was raided in April last year by the police’s elite rapid response force, known as the ninjas. Hundreds of unarmed men, women and children were massacred in the violence that followed. But instead of charging the police with crimes against humanity, Angola’s judiciary gave Kalupeteka 28 years in jail, convicting him of murder, rebellion and possession of illegal firearms.

Teca knows that he is also a target. “They can kill us at any time,” he said. He’s received threats. Every time he leaves Angola, he wonders if he will be allowed back – or if he will be arrested on his return. He’s been arrested six times before, with a subversion charge still hanging over his head. That’s a standard regime tactic when it comes to dealing with activists, allowing police to bring them back into custody whenever the government wants.

Not that this is stopping Teca. He is adamant that the Dos Santos regime is destroying Angola, and wasting its vast oil wealth. Besides, now he’s got extra motivation. “I want my fiancée back,” he said. DM