Angola: All the President’s Children 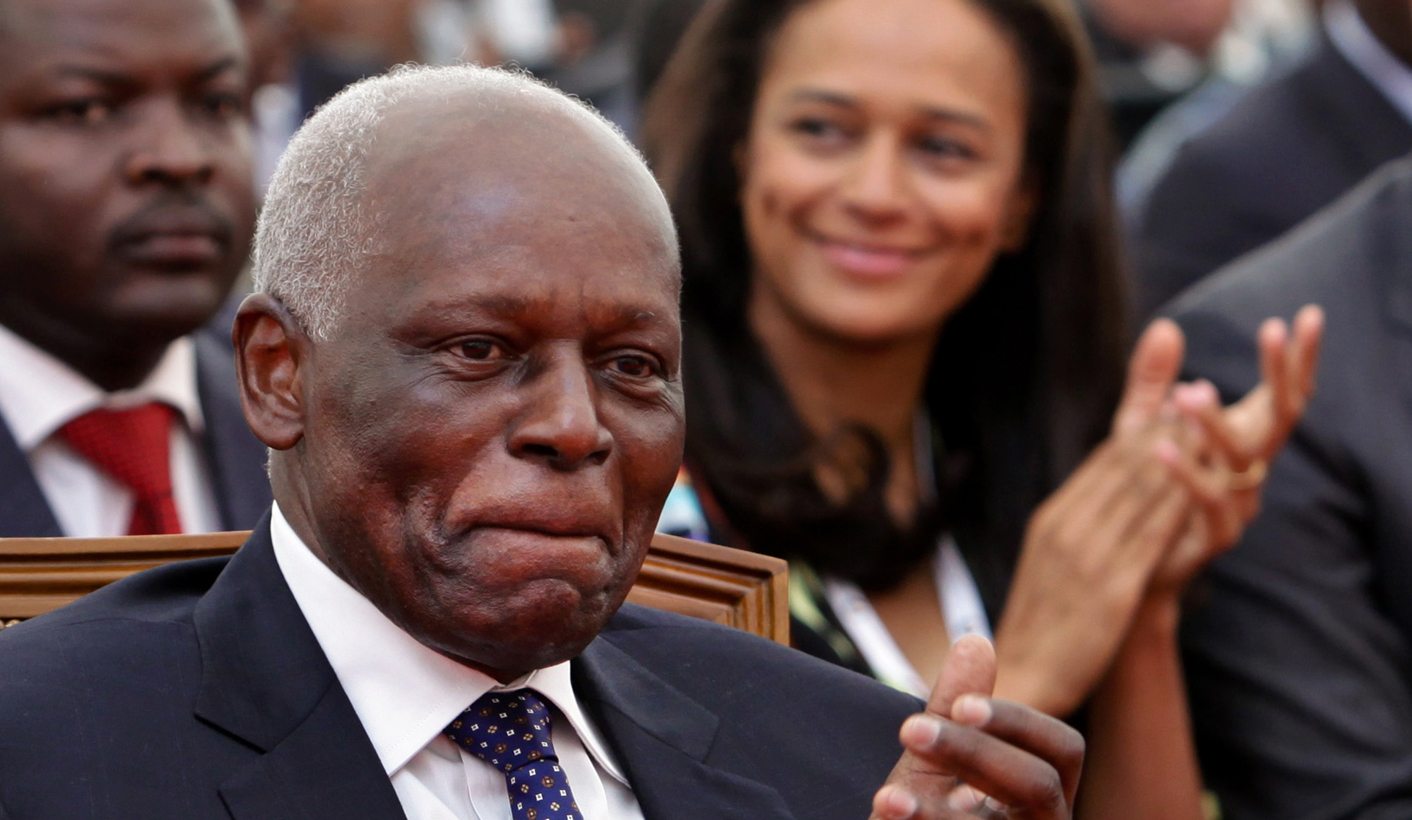 Isabel dos Santos is Africa’s richest woman. She’s also the daughter of the Angolan president. Those two facts are intimately related to each other, which makes her appointment to one of the most influential jobs in the country – as head of state-run oil behemoth Sonangol – deeply suspicious. By SIMON ALLISON.

In the parallel universe created by the propagandists of the Angolan regime, the appointment of Isabel dos Santos as boss of state oil company Sonangol makes perfect sense.

She is, after all, Africa’s richest woman. From humble beginnings, as the owner of Luanda’s Miami Beach restaurant (“Good food, the service was slow,” according to a recent TripAdvisor review), she has created a business empire worth $3.3-billion. The 43-year-old tycoon sits on the boards of some of the biggest companies in Angola and Portugal, and owns substantial shares in most of them too. If you’re looking for a young, energetic, market-savvy CEO, it’s hard to do much better.

She’s also something of a feminist icon. In the wake of her precipitous rise, she has shattered the glass ceilings of Africa’s male-dominated business world – an extraordinary feat of tenacity, industry, and vision.

In the script proffered by Angola’s ruling elite, Isabel dos Santos is therefore the perfect candidate to revitalise Sonangol, the state-run behemoth that accounts for up to half of Angola’s annual GDP – making it perhaps the most important institution in the country, and its boss one of the most influential people. According to the Jornal de Angola (Portuguese), also state-run, Isabel dos Santos has been tasked with making Sonangol more competitive; ensuring greater accountability and transparency; and increasing profitability.

The universe that we actually live in has not, however, been created by spin doctors in Luanda. In this world, Dos Santos’ appointment is a lot harder to justify.

Strike one: Isabel dos Santos is no ordinary woman. She is the president’s daughter, which in Angola – run by the same man since 1979 – confers upon her unimaginable privileges and opportunities. In her father’s country, she doesn’t have to be a great businesswomen to be successful. She just needs to have his name, and his access. Unsurprisingly, she’s not the only successful dos Santos: her brother, José Filomeno de Sousa dos Santos, is in charge of the country’s $5-billion sovereign wealth fund.

Strike two: that fortune doesn’t really belong to her. As investigative journalist Rafael Marques confirmed last week, the seed money for at least $1.8-billion of her wealth came from state funds – and she has not been required to pay it back, or cut the state in on the profits she’s made. This makes Isabel dos Santos a willing pawn in her father’s ever more blatant attempts to loot the country’s coffers, even as oil-driven economic growth grinds to a halt. In this context, she resembles less a pioneering businesswoman, and more a very effective crook.

Strike three: As Marques revealed, much of the pilfered finances originated from none other than Sonangol – the company that dos Santos is about to take over. As D. Quaresma dos Santos noted on Maka Angola: “Should Angola now expect Isabel to repay Sonangol the seed money funnelled through front companies Exem Africa and Esperaza Holdings for (Isabel dos Santos’) shares in the Portuguese oil and gas company GALP? Or is it more likely that she will organise a massive cover-up before the international authorities (now alerted to allegations of improper use of state funds and money-laundering) publicly launch an official investigation?”

Her new role, therefore, is unlikely to improve accountability or transparency at the oil giant. And if she does improve productivity and profits, the question is: who will ultimately benefit from this? Angolan citizens, or the Dos Santos family and its inner circle?

Criticism from independent analysts has been swift and merciless. “Is there a hereditary gene for greed? Seems Zedu (President dos Santos’ nickname) is positioning his son and his daughter in line for the throne. Must be contagious: Gnassingbe in Togo, Kabila in DRC, Bongo in Gabon, Obiang in Equatorial Guinea. The pattern of direct hereditary transmission of predatory power is spreading. The King of Swaziland must be smirking! Sad to see Africa evolving away from democratic alternation in power based (arguably) on merit towards dictatorship succession based on birth right,” said independent journalist Mercedes Sayagues, a long-time observer of the country.

Angola analyst Aslak Orre told the BBC: “The way (President dos Santos) is channelling resources and public jobs to Isabel and his other children implies he is planning almost a monarchical succession… passing power from himself to one of his children.”

The president’s daughter’s appointment does have the odd cheerleader, however.

“The government has acted. It is clear the direction they want to go. I am always optimistic. I certainly support the direction Sonangol is taking,” commented John Baltz. We shouldn’t be that surprised by his position: Baltz is the managing director of US oil giant Chevron’s Angolan subsidiary, a company that has made almost as much money from Angola’s despotic regime as the Dos Santos family themselves.

And, under Isabel dos Santos’ stewardship of Sonangol, Chevron’s profits are likely to continue – along with those of the other multinational oil and gas companies that have no qualms about operating in an authoritarian environment. Far from smashing glass ceilings, dos Santos is merely entrenching Angola’s status quo. DM