Angola in Focus: The Mount Sumi massacre – an atrocity that will come to define the new country 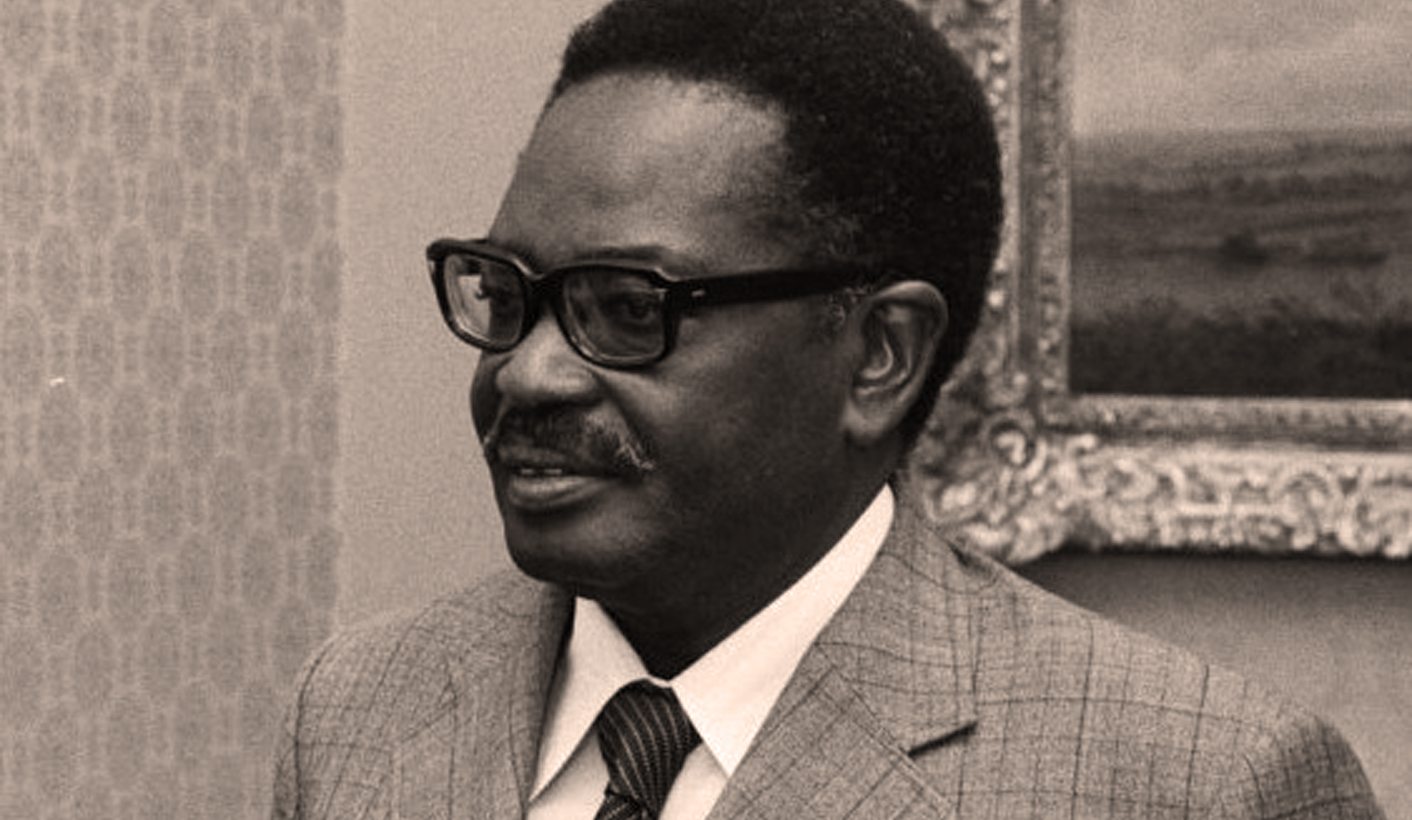 On the anniversary of its bloodiest day, Angola is reeling from yet another massacre of civilians by the state. The government would like to the world to forget what happened on Mount Sumi on 16 April this year, just as it covered up for decades the tens of thousands who died on 27 May 1977, and those slaughtered in the Halloween Massacre in 1992. This time, however, information isn’t quite so easy to control – and nor are the consequences. By SIMON ALLISON.

In Angola, 27 May 1977 is not just a date. If Angolans are brave enough to mention vinte e sete, the 27th, they whisper it, and even this could be considered a subversive political act. It has become a powerful symbol: of brutality, of oppression, of a state that 38 years later is still actively covering up the events of that day, even as it adds new atrocities to an already-lengthy list.

It’s also a none-too-subtle warning. “27 de Maio serves as a powerful cautionary tale: one that parents use to keep their children from protesting or getting involved in politics at all (opposition politics, that is), warning that it will bring ruin and death,” wrote historian Marissa Moorman. “It has been responsible for untold amounts of self-censorship. This fear is politically useful to the MPLA.”

So what happened on that day? For many years, this was carefully shrouded in mystery – and, if the ruling Popular Movement for the Liberation of Angola (MPLA) had its way, it still would be. But we know more now. A faction within the ruling party sought to seize leadership, but failed, and the party’s response was brutality on an unimaginable scale. All told, estimates suggest that the bloodbath that began on 27 May claimed the lives of between 12,000 and 80,000 people, mostly civilians, who were slaughtered in one of the single bloodiest massacres of the 20th century. The cover-up that ensued means we’ll never know how many actually died.

And it worked: the MPLA top brass eliminated any potential opposition, consolidating their grip on the levers of power.

“I think for many Angolans, if not all of them, the 27 May represents the day that the honeymoon of independence ended,” said author Lara Pawson in an interview with the Daily Maverick. It was Pawson’s dogged, forensic investigation, published last year in her book In The Name of the People: Angola’s Forgotten Massacre, that exposed the massacre to the world.

If 27 May 1977 seems like ancient history, then try October 1992, when thousands of opposition supporters were purged in the interim between the first and second rounds of the presidential election. Again, the ruling party was responsible, and did its utmost to bury evidence and deny culpability.

But Pawson’s Angolan friends are asking her to lift the lid on another, even more recent massacre. The date to remember – the date that will, in time, become its own symbol of brutality and oppression – is 16 April 2015.

Details of what happened are still sketchy, but the basics have emerged – despite another monumental effort to keep information out of the public eye. It was a Thursday, and José Kalupeteka and his 3,000-strong flock were gathered in their camp on the hills of Mount Sumi, in the central Huambo province.

Kalupeteka is a pastor and a gospel singer, and the charismatic leader of an offshoot of the Seventh Day Adventist Church, known as A Luz do Mondo, Light of the World. He’s also a thorn in the side of the Angolan government. It doesn’t quite know what to make of him or his followers, who don’t fit neatly into any of Angola’s traditional power structures; and who, increasingly, were resisting the dictates of the state, albeit mildly (for instance, Kalupeteka refused to allow census officials into Mount Sumi last year).

Camped nearby, contingents of the rapid response police force – known as Ninjas – and the national army were waiting for trouble, and moved in quickly. According to the government, 13 people, allegedly snipers, were killed in the armed response (not Kalupeteka himself: he’s in custody, having sustained severe beatings). According to the main opposition group, Unita, that number stands at 1,080 civilians who were shot in cold blood, or hacked to death as they attempted to run or hide. Allegedly, this number included many women and children. (It’s worth noting that Huambo province is a Unita stronghold, and Angolan authorities have tried to depict Kalupeteka as a Unita stooge, despite reports that he actually fought for the MPLA in the civil war).

The discrepancy in the reported death toll should be treated with some suspicion. “It’s interesting how quickly in Angola the figures on massacres and alleged massacres grow…I found myself thinking this is just like 27 May, regarding the so-called estimates of the dead which went from at the time perhaps several hundred, to 2,000-3,000, right up to 15,000, 25,000, 50,000, and some people saying 80,000-90,000,” said Pawson.

Nonetheless, testimony received by respected journalists and civil society actors, coupled with leaked photographs and footage from Mount Sumi itself, suggest that the government’s claim of only 13 dead is laughable, with the real figure likely to be in the hundreds.

Confirming anything, however, is almost impossible: the government has turned the site into a military base and denied access to almost everyone (when access was granted, to opposition leaders, it was nearly two weeks later – plenty of time to execute a cover-up).

“Using the state media, the government is imposing its own version of the story – the only version with nationwide outreach – while demanding that everyone else provide evidence to the contrary, even though it is not allowing independent journalists and civil society members near the site,” said investigative journalist Rafael Marques, writing in the Guardian. But his sources, including police and military officers who participated in the raid, tell a very different story:

“They all told me how pilgrims were mown down indiscriminately, many of them praying to the end. They all gave accounts of how makeshift shelters were set alight with people inside. There were also stories of police officers sparing women and children who escaped down the mount but were unable to elude the manhunt that ensued. These officers also told me how they bore witness to the filling of mass graves, dug by an excavator, in the nearby village of Cuassamba.”

In an interview with Daily Maverick, Marques said the state was still working to eliminate members of Kalupeteka’s sect. “The main problem now is not just that the massacre happened. People are being hunted down for belonging to the sect. I just received information yesterday, and I’m passing it on to a friend to publish now, that south of Luanda a police commander refused to take orders from the town mayor to basically go after the sect and kill them. It hasn’t stopped. People are being persecuted…persecuted and killed,” he said. [Marques has faced plenty of state persecution himself, and is currently awaiting verdict in a show trial in Luanda. Click here for the full Daily Maverick interview].

There is no doubt that something terrible happened on the slopes of Mount Sumi. Perhaps even scarier for the rest of Angola’s long-suffering citizens is what the massacre, and the government’s response to it, tells us about the Angolan state itself.

“The 27th of May massacre and the 1992 massacres were conducted under the ‘veil’ of war and instability. The Mount Sumi massacre was conducted after 13 years of peace. It shows that the government continues to rely on force to govern, and fear to impose submission…The massacre reveals the basis with which the state has been built – on securitisation, impunity and the overriding interests of the ruling elite. Unfortunately civil society, the media and opposition parties have not yet managed to capitalise on the poor governance of the MPLA. Because the war was so brutal the population have accepted this poor governance because there was peace. However, the heavy-handed approach of the security and defence forces reveals just how nervous the government is of the people they rule,” said Paula Cristina Roque, senior analyst at International Crisis Group.

“Angola is facing serious crossroads: another election in 2017, the presidential succession issue, the prolonged effect of oil crisis, and tensions in several key sectors (ex-combatants, urban poor, unemployed youth). A massacre such as this one can be a catalyst for instability and the government is doing everything possible to contain it,” Roque added.

But in the 21st century, this is easier said than done. Social media is awash with gruesome pictures, and while the massacre has not received much media coverage, it has attracted the attention of the United Nations, which has demanded a full investigation from the government.

Unlike 27 May, Angola will not be allowed to sweep 16 April under the carpet – and will have to deal with the consequences sooner rather than later. DM