Analysis: The book club that terrified the Angolan regime 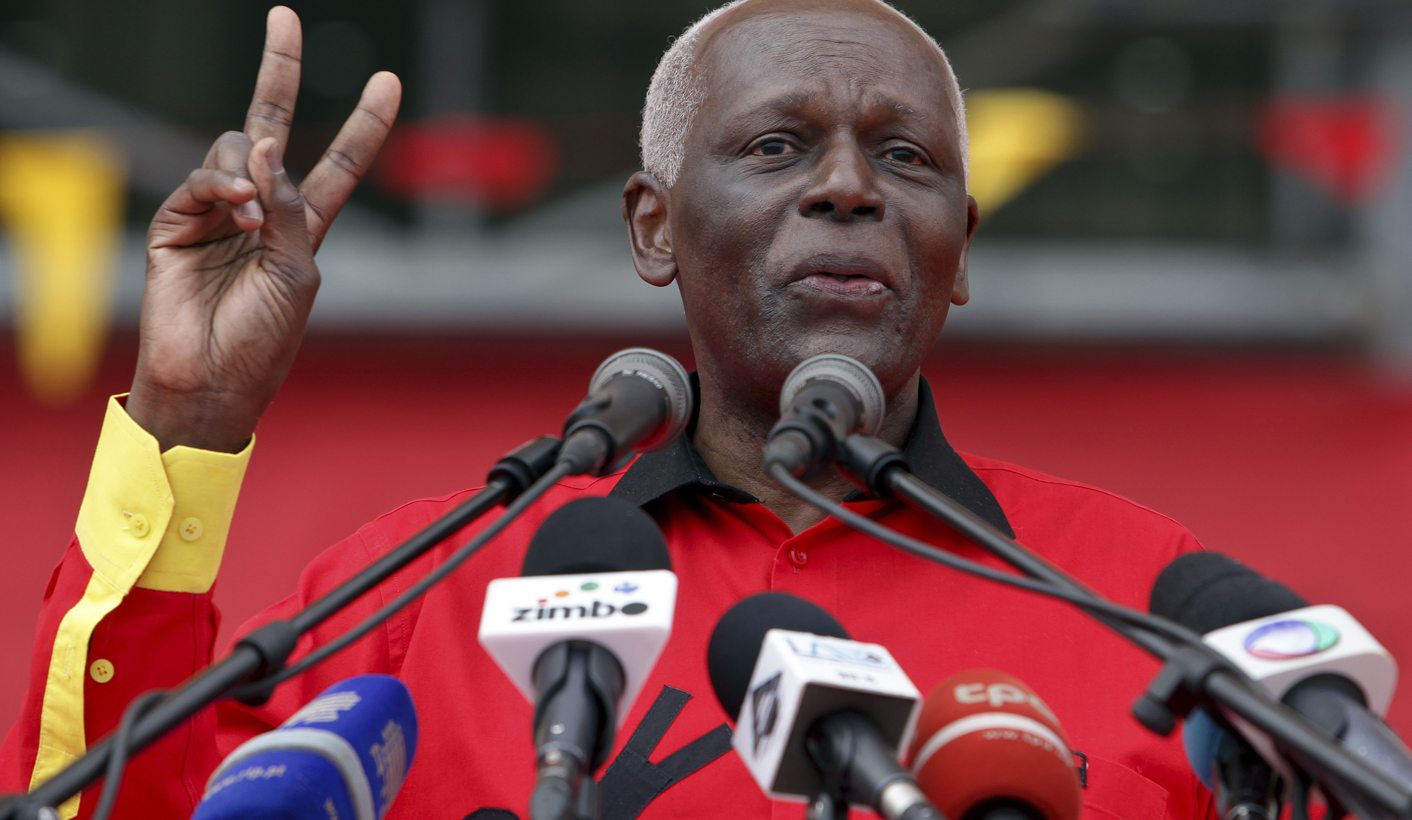 Question: How subversive can a book club really be? Answer: It depends on the fragility of your regime. If you are Jose Eduardo dos Santos, then it’s a very subversive hobby indeed. Guns don’t scare the Angolan president – his are bigger anyway – but ideas are a much more dangerous proposition in a state that rests on such precarious foundations. By SIMON ALLISON.

Oh, by what narrow margins do dictators cling onto power! The end was nigh for the regime of Jose Eduardo dos Santos on Sunday, as 13 youths gathered in Luanda for a book club so subversive that it was, apparently, tantamount to a rebellion.

In the nick of time, state security forces intervened, and Dos Santos dodged another bullet. Not a literal bullet, you understand, but a literary bullet – and as we all know, the latter are far more dangerous.

All 13 of these rebellious youths, along with another two that were taken later for good measure have been arrested and distributed across various prisons in Luanda. Police went to their homes and confiscated all electronic devices, even those belonging to family members. No formal charges have been laid, and families have been denied contact.

“Thirteen Angolan citizens who were caught red-handed as they prepared to carry out acts aimed at disrupting public order and security in the country,” said the interior ministry in a statement explaining why the book club had to be shut down and all its participants arrested.

The attorney general went even further. “These acts constitute crimes against the security of the state, as a crime of rebellion. As such, the competent bodies of the state must take action to avert the worst,” General João Maria de Sousa said.

So what, exactly, were they up to? What possible misdeeds were they contemplating that posed such an existential threat to the state? Were they plotting a coup d’état? Were they distributing weapons ahead of the revolution? Were they drawing straws to see who among them would get to assassinate the president?

The reality was even worse. Much worse. These young men, their hearts filled with rage and protest, were reading. They were discussing. They were – keep calm now, it’s a lot to take in – thinking for themselves.

On the reading list were two books that give Angolan authorities sleepless nights, and for good reason. The first was Gene Sharp’s seminal From Dictatorship to Democracy: A Conceptual Framework for Liberation, which describes itself as “a blueprint for nonviolent resistance to repressive regimes”. The second was Angolan journalist Domingos da Cruz’s Ferramentas para Destruir o Ditador e Evitar Nova Ditadura­, which translates as ‘Tools to destroy a dictator and avoid a new dictatorship’. This looks at civil disobedience and how it might be applied in an Angolan context. Da Cruz himself was among those arrested.

It’s not that the young activists were planning on doing anything illegal, although some of them do have a political history – such as rapper Luaty Beirao, who has been arrested for protesting in the past, and Manuel Nito Alves, who was jailed for two months in 2013 for printing T-shirts critical of the president. But the ideas they were discussing were so potent, so threatening at the most fundamental level to the wildly unequal distribution of power in modern Angola, that they had to be stopped.

“It doesn’t make any sense to me… I’m at a loss for words,” said Claudio Silva, a friend of the arrested activists, speaking to the Daily Maverick.

But actually it makes perfect sense. For too long, Angolan authorities have enforced their power down the barrel of a gun. Violence is their currency, and they are experts in its application. No one beats dos Santos in a firefight (and if you doubt this, then just ask Jonas Savimbi).

But ideas… well, ideas are altogether more powerful than weapons. So too is civil disobedience, popular protest and organised opposition. The echoes of the Arab Spring ring loud in the ears of many African leaders; while it may not have delivered on its democratic promise, it certainly succeeded in removing a few presidents-for-life.

This incident reveals so much about modern Angola. That the exercise of basic rights – the right to assembly, the right to protest, the right to read – has become a subversive act tells a tale of a democracy in name alone. That a book club has become the definition of rebellion shows us just how paranoid and insecure the state has become. That 15 young men are now in prison, simply because they dared to discuss a future different from the one Dos Santos has decreed, is the symptom of a regime that has given up on its people and simply exists to perpetuate itself.

But keeping the system intact is getting harder and hard. “The recent wave of arrests is a clear indication of how nervous the Angolan government has become in the face of an economic crisis and greater exposure of its fragilities internally,” said Paula Roque, senior analyst at International Crisis Group. “The Mount Sumi massacre in April and now the wave of arrests in Luanda, Benguela and Cabinda – all for different reasons but amounting to individual activists ‘threatening’ the state – provides a strong indication that we may be witnessing an increase in repression and state violence.”

In this context, the young men arrested at their book club got off lightly. Jose Kalupeteka’s followers paid a higher price. Hundreds were gunned down as they worshipped with the charismatic preacher at Mount Sumi. The massacre ranks alongside anything that happened in Angola’s long civil war, and yet these men, women and children were not carrying arms, or planning to. But they too were exploring different ideas, having decided to answer to a higher authority than that of the Angolan state, and they paid the ultimate price for their entirely peaceful act of political defiance.

As much as it will try, the state can’t intimidate its way into legitimacy forever. At some point, the number of people who must be repressed for the system to remain intact will outnumber the people who think they benefit from that system. And then the system must collapse. With an economic crisis looming, that point may be closer than anyone thinks.

“I don’t think people are feeling scared, it’s having the opposite effect,” said Silva. “[The ruling party] has been a genius in silencing people without lifting a finger, somehow we’re all connected to the regime in some way, especially in the middle and upper class. So normally when these arrests happen, people keep quiet… But the response [to the arrests on Saturday] has not been like this, even among people who wouldn’t normally talk about politics. Everyone’s talking about the case. It’s having the opposite effect of scaring people. People are getting less scared.” DM