Op-Ed: How newsworthy is your death? A beginner’s guide 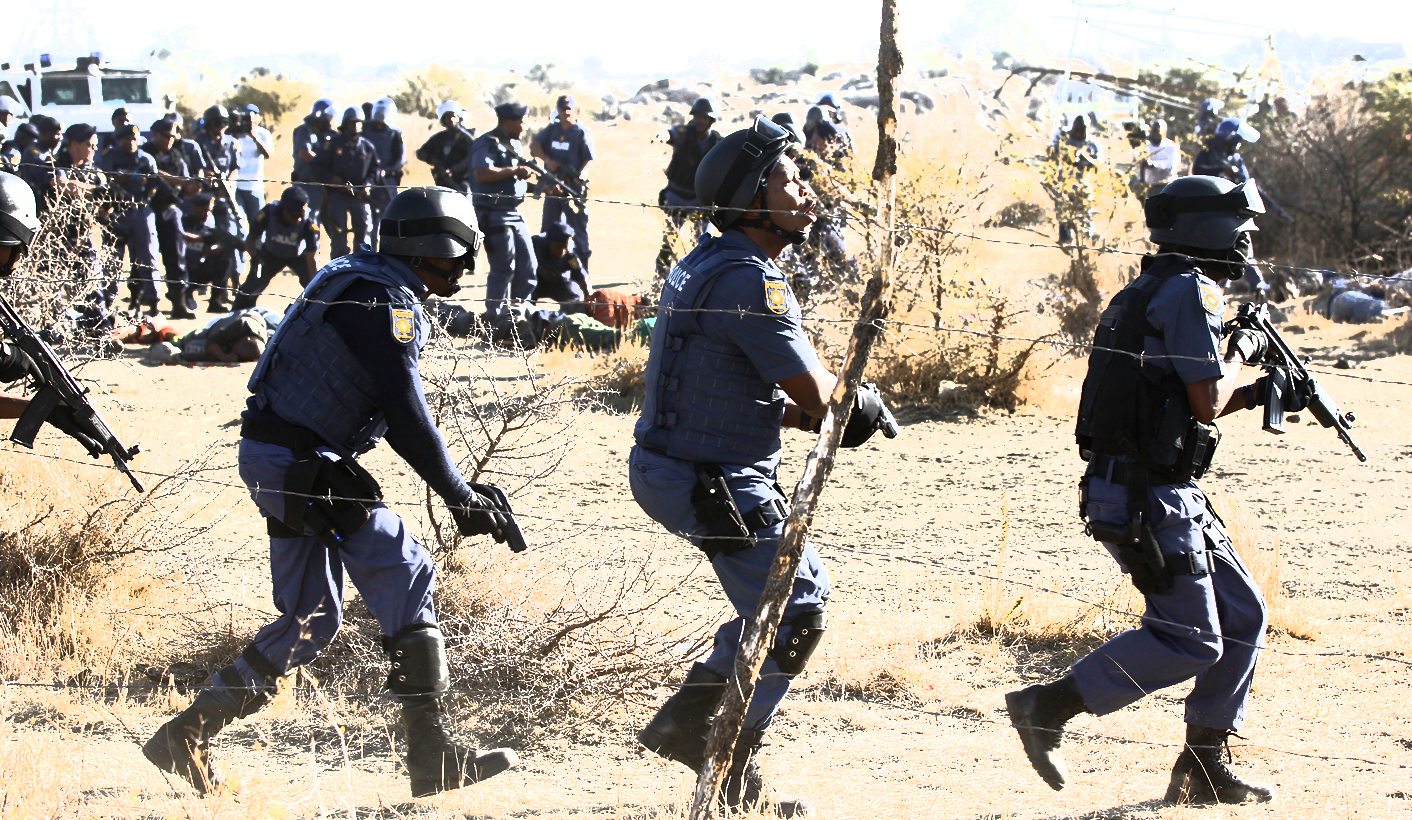 There’s a lot of untimely death in this world, and not everyone’s can make the news. So how do you make your death stand out in such a competitive environment? SIMON ALLISON examines how to grab the world’s attention. Spoiler alert: don’t be poor, or rural, or black.

In April this year, an unknown number of Angolan civilians were massacred by state security forces. We don’t know exactly how many died: estimates varied from 13 (according to the state) to 1,080 (according to an opposition party), with the truth probably somewhere in the middle. By any account, it was a massive story – equivalent, at the very least, in death toll and political significance with South Africa’s Marikana massacre, which continues to attract headlines around the world.

But if you haven’t heard about the Mount Sumi massacre, you’re not alone. As the Daily Maverick’s senior reporter for Africa, it’s my job to follow African news, and even I didn’t hear about the story until late May. By and large, with a few notable exceptions, the Mount Sumi massacre was ignored by the world’s media. Even where it was reported, the story attracted small audiences and little audience engagement.

For whatever reason, the victims at Mount Sumi were simply less interesting than, say, the victims at Marikana, or those in the Charlie Hebdo attacks – despite the likelihood of far greater casualty numbers in Angola.

This is not a new phenomenon, of course. Earlier this year, the massacre of hundreds and perhaps thousands of people in the Nigerian town of Baga was almost entirely ignored by global media, who were consumed instead with reporting on the Charlie Hebdo attacks which happened in the same week. Relative to Baga, only 17 people were killed in Paris, but those 17 received exponentially more attention than their Nigerian counterparts.

Why? What is it about some deaths – and we’re talking about violent or untimely deaths here – that make them more newsworthy than others? It’s not always easy to predict, but over the last few years I’ve observed several factors that go into the calculation. They reveal a lot about the assumptions which underpin the so-called global society – and should make for very uncomfortable reading.

Urban news gets more attention than rural news. The harder it is to reach, the less easily the place name slips off a newsreader’s tongue, the fewer mentions you’re going to get.

Attacks or atrocities in cities receive the most attention, and some cities more than others: the likes of New York, London, Boston and Paris are not only cities that much of the world feels some affinity for, given their starring role in popular culture, but also where much of the world’s media is headquartered. Deaths here are considered to be more relatable to a greater number of people, and are much easier to cover.

Outside major cities, it helps to at least be close to a major city. The Marikana massacre is an excellent example of this: if Marikana was in the remote Transkei or Northern Cape regions, we might not even know that anything had happened there. The nation’s media certainly would not have descended en masse, and it would have been much less likely that journalists would have been able to unpick the government’s story (as the Daily Maverick’s Greg Marinovich did so brilliantly). But Marikana was only two hours’ drive from central Johannesburg: an easy journey that journalists were prepared to make, and editors prepared to pay for.

Proximity to developed or first world countries is also important. Take, for instance, the coverage of the migrant boat tragedies across the Mediterranean. The news hook to this story is not about refugees dying – this happens every day, all over the world – but that they are crossing to Europe as they do so. Have other refugee crises – such as the 250,000 refugees hosted by South Sudan, which is in the middle of a civil war of its own – generated similar levels of international debate?

The death of Reeva Steenkamp, and the wall-to-wall coverage of her killer Oscar Pistorius, encapsulates this dynamic. In a country where gun violence is, tragically, an unexceptional occurrence, Pistorius’ crime was only exceptional because of who he was rather than what he did – and yet, such was the insatiable appetite for anything to do with Pistorius that his trial became the first in South African history to be broadcast live (both locally and internationally).

More recently, the murder of Jayde Panayiotou illustrates a similar trend. Jayde was young, pretty and white, and lived in a relatively prosperous area; her death became news, while the murder the day before of Charlotte Madibuseng Ramohai, a 33-year-old pregnant black woman from a township, was largely ignored. Perhaps this is because, 21 years after the end of Apartheid, white murder victims are still relatively rare relative to other race groups. “The fact is that whites are less likely to be murdered than any other race in South Africa,” reported Africa Check last year.

This is true globally too, although here nationality is also an important factor. News reports will often make specific mention of any American, British or French victims of a terrorist attack before any other nationalities are specified. This is especially true of Americans, and it’s easy to see why; there’s a very real possibility that the deaths of Americans abroad in unusual circumstances will alter global geopolitics. Case point: Isis had been killing people for months, but it was only when they started beheading American journalists that they became synonymous with brutality.

The more violent the better

Humans are fascinated by violence. We love to read about it, to watch it, and as a species we practise it on a grand scale. So it’s no surprise that we’re more interested in violent death than in those seemingly more mundane issues like famine and disease.

The biggest killer in Africa is HIV/Aids, closely followed by malaria, diarrhoea, and lower respiratory tract infections. These diseases kill in the hundreds of thousands, each posing a far greater threat to ordinary Africans than all the terrorist groups on the continent combined. Yet they’re not nearly as exciting to read about or write about as coups, civil wars and revolutions, and receive a fraction of the airtime.

It’s telling that when a disease did get publicity, it was one of the most gory of them all – Ebola. Start bleeding from the eyes, and suddenly people start paying attention. And even then, the international hysteria only really began when an American died of the virus.

The revolution must be televised

When the Baga massacre and the Charlie Hebdo attack happened in the same week, I asked other journalists why the one got so much more play than the other. There were several reasons, but a common theme was technical: there were no pictures from Baga, no video, and no cameras in situ beaming live action to the world.

Information in the 21st century is overwhelmingly visual: if a tree falls in a forest, and no one puts the clip on YouTube, did it really fall? No one could see what was happening in Baga, so no one really cared; similarly, no one really saw what happened at Mount Sumi (although we all saw the bullets fly at Marikana).

The images no longer exist to support the story, they are the story. The converse of this is deeply concerning: if there is no footage, then there is no story.

News is a deeply subjective business, no matter what the textbooks may say about objectivity. Like it or not, some deaths are inherently more newsworthy than others. It’s far from clear, however, that the assumptions that go into these determinations produce the right kind of news.

The state-sponsored massacre in supposedly peaceful Angola should have dominated the global news agenda, but barely got a mention even in southern Africa. That’s because it ticked all the wrong boxes: the victims were poor, black, and isolated. Their deaths may have been violent, spectacularly so, but who was there to video it for us?

As African journalists, we need to take a close look at how and why this story was allowed to slip through the cracks. Journalism should be entertaining, but it’s not meant to be entertainment. Its primary function is to hold power to account. If we fail to properly tell the stories of poor people, of black people, of rural people – if we fail to find and explain the meaning in their deaths – then we have already failed. DM