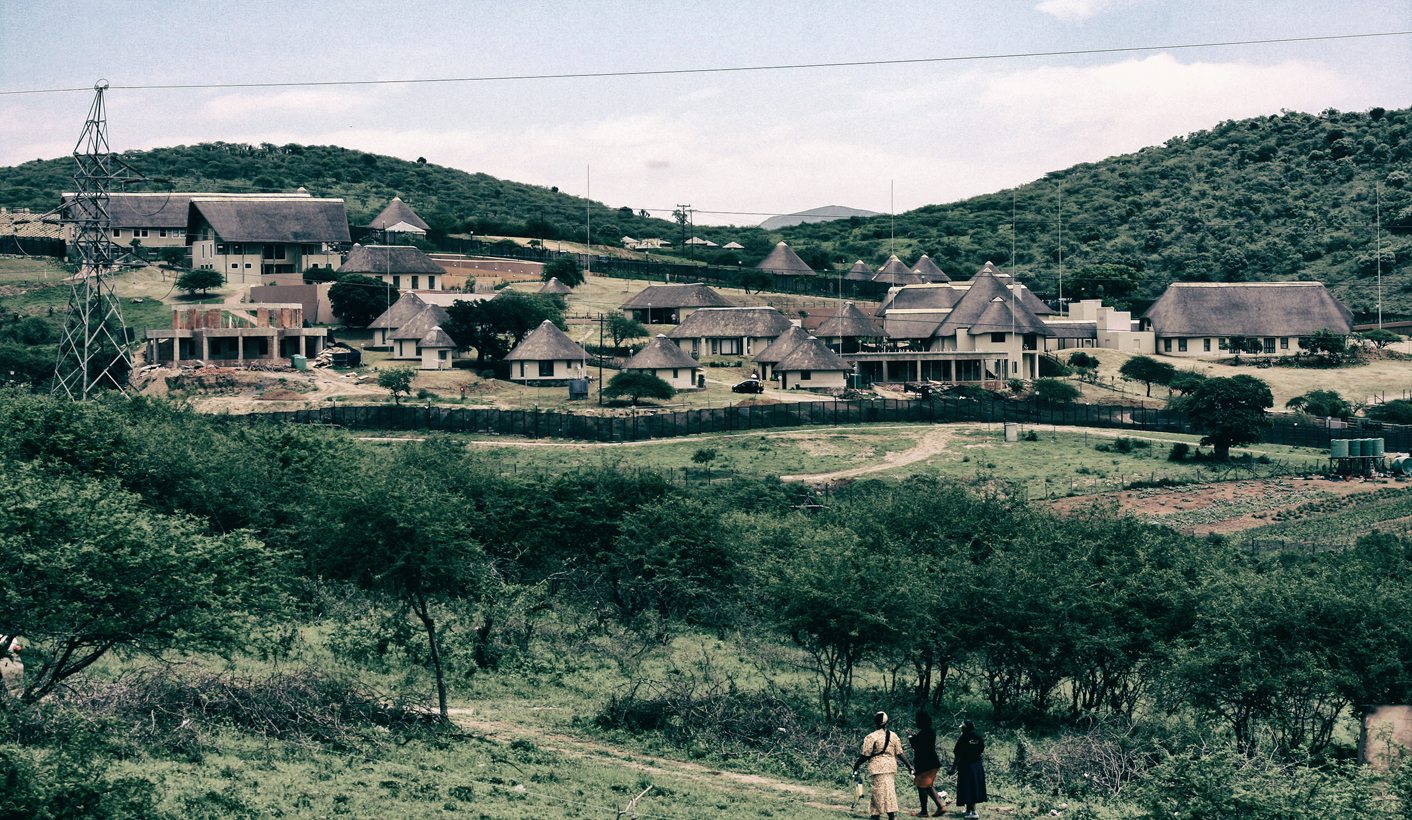 The three public works directors-general, under whose watch the costs of the Nkandla security upgrades exploded, have escaped criminal prosecution. According to a parliamentary reply on Monday by Police Minister Nkosinathi Nhleko, the National Prosecuting Authority (NPA) declined to take these procurement-related criminal cases to court in July last year. This marks another chapter quietly closed without consequences in the Nkandla debacle. By MARIANNE MERTEN.

President Jacob Zuma apologised for the “frustration and confusion” in the Nkandla matter after the Constitutional Court in March ruled that the Public Protector’s findings and remedial actions are binding – unless successfully taken to court. In his address to the nation on April Fool’s Day, Zuma also said, “I did not act dishonestly”, nor did he have “any personal knowledge of the irregularities by the Department of Public Works”.

On 31 March the Constitutional Court found the president had acted “inconsistent” with the Constitution over the Nkandla matter, as had Parliament. The National Assembly also acted “unlawfully” by replacing the Public Protector’s report with one of its own decisions.

The national legislature in August 2015 adopted Nhleko’s report that even the Public Protector-identified undue benefits – the cattle kraal, chicken run, swimming pool, amphitheatre and visitors’ centre – were actual security measures, and thus Zuma was absolved from repayment. The minister had been asked by the president to make a determination as to whether any repayments were due, and Parliament formulated the terms of references of its third Nkandla ad hoc committee around this. The March 2014 Public Protector “Secure in Comfort” report said National Treasury and the SAPS should determine a reasonable percentage of the undue benefits for repayment.

The Constitutional Court put Zuma on a payment schedule; 28 June is the deadline for the National Treasury’s determination of the repayments to be submitted to the court. Once this is done, and vetted by the court, Zuma has 45 days to pay the money.

On 20 April, Zuma “reprimanded” the three ministers involved in the Nkandla debacle: Public Works Minister Thulas Nxesi, Arts and Culture Minister Nathi Mthethwa, the former police minister who declared Nkandla a national key point, and former public works minister Geoff Doidge, now ambassador to Sri Lanka. The Public Protector’s report said this should be done for the “the appalling manner in which the Nkandla Project was handled and state funds were abused”. In a standardised letter to all three, Zuma cited the judgment and wrote: “I hereby deliver the reprimand required. I am doing so to each of the ministers indicated by the report.”

While the political spotlight has fallen on Zuma – the ANC has accepted his apology, and moved to close the book on Nkandla ahead of the 3 August local government elections – outstanding remains the matter of who would be responsible for the cost escalation from an estimated R27-million in 2009 to R215-million at the last verified count in the Public Protector’s report.

Madonsela, like the probe by the Special Investigating Unit (SIU) – it relies on presidential proclamations for its work and was tasked to look at administrative aspects such as procurement violations – and a 2013 inter-ministerial task team report, found large-scale gross violations of procurement policies and prescripts. In August 2014, the SIU brought civil proceedings to recover R155-million from presidential architect Minenhle Makhanya with respect to the Nkandla cost overruns. The matter appears to have stalled in court over access to documents.

That’s also where the criminal charges come in against the public works directors-general, who have all left the department.

But nothing came of any of it. “On 28 July 2015, all these cases were nolle prosequi (declined to prosecute) by the National Prosecuting Authority,” said Nhleko in the parliamentary reply published on Monday.

The NPA is yet to make a decision on the corruption complaint DA leader Mmusi Maimane laid against Zuma on 20 March 2014 at the Nkandla police station. Last month in another parliamentary reply, Nhleko said the docket was still with the NPA for a decision and “the details of the investigating officer cannot be disclosed to allow the investigation to be conducted without fear or favour”. Intriguingly, the minister answered “yes” to Maimane’s question as to whether anyone had been interviewed by police with regards to a complaint under the Prevention and Combatting of Corrupt Activities Act. However, no name was provided.

Meanwhile, the public works departmental disciplinary proceedings are back on against 12 mid-to-lower level public works officials. Charged in July 2014 amid claims that these public servants were made the scapegoats, their disciplinary proceedings spluttered and were suspended pending a court ruling on whether the media would be allowed to attend. City Press reported that the Pietermaritzburg High Court on Friday ruled in favour of the application by Media24, Times Media Group and the Mail & Guardian.

Initially 13 were charged, but in late December 2014 the then South African Press Association (Sapa) reported that projects director Itumeleng Molosi pleaded guilty to irregularly appointing contractors and contravening procurement processes in return for a two-month suspension without pay and a final written warning.

For a government whose ministers like talking of consequence management, there has been precious little of that in the Nkandla debacle. DM