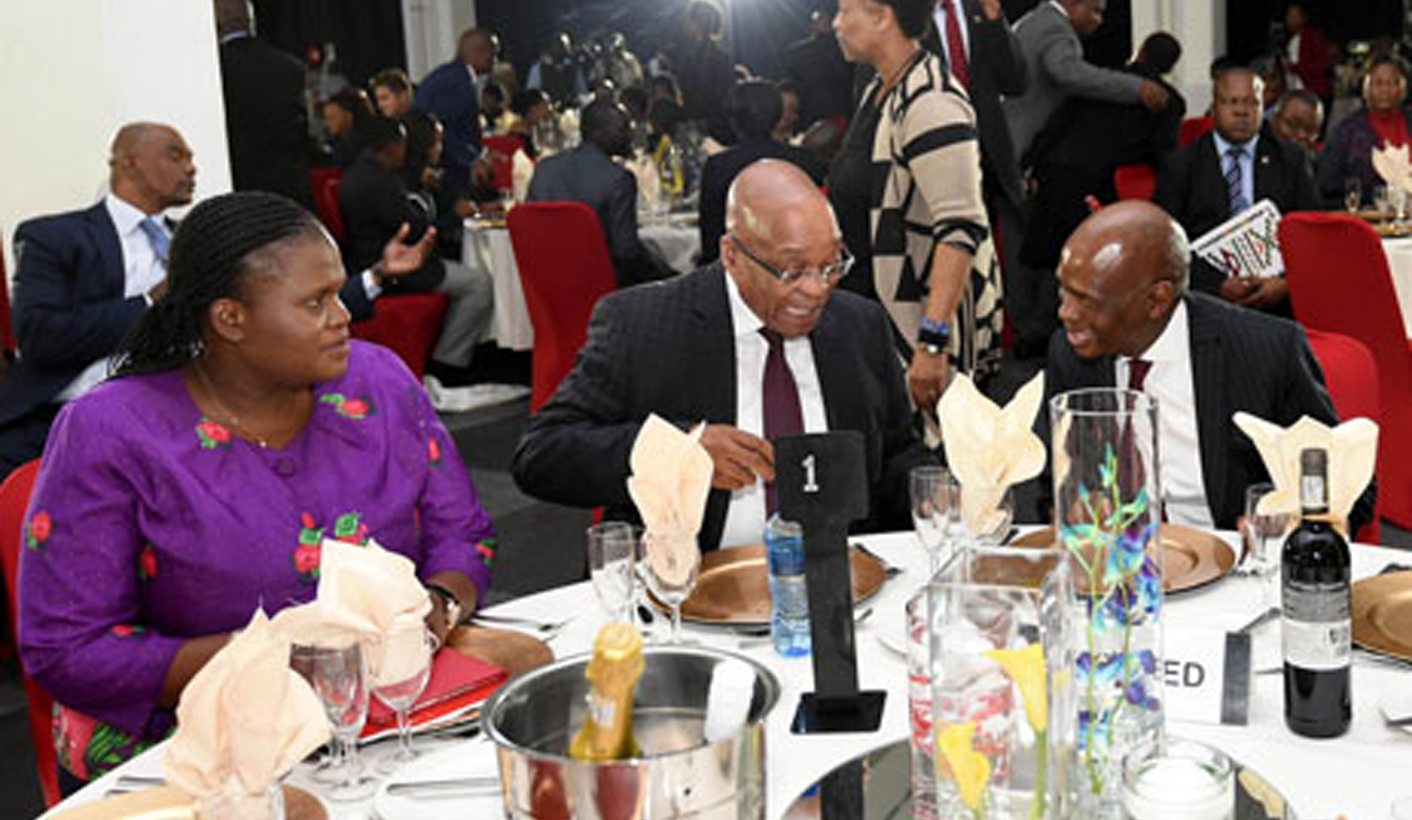 Recently the Presidency announced a change in its media relations capability. It said the presidential spokesperson is changing, and now the head of Zuma’s Private Office, Dr Bongani Ngqulunga, “will as act as spokesperson to the President”. You may have failed to notice the earth move when the statement came out just two days after Communications Minister Faith Muthambi accused the media, again, of waging a campaign against the government and the ANC. Zuma and Muthambi appear not to see how much of their bad press is not just about bad governance, but their lack of interest in handling the media professionally. By STEPHEN GROOTES.

In 2011 Zuma appointed Mac Maharaj as his spokesperson. It was big news and was taken as evidence that Zuma was going to take this business of managing the media seriously. And it worked for Zuma, incredibly well. Maharaj was able to tackle almost any topic under the sun, clearly had a long a relationship with Zuma, and was able to spin his way out of almost anything. He also had the holy trinity of advantages for a spin doctor: the trust of his principal, gravitas with journalists and the general population, and, until he left office, total loyalty to Zuma.

It may seem very much like an insider point for a journalist to make, but the choice of spokesperson matters. Because if a senior politician makes a senior appointment to his post; if the president appoints a heavy-hitter, it means that he is taking the media seriously. That’s not so important from the media point of view. But what it means in turn is that that president is taking public opinion seriously. Which means that he or she will govern, to an extent, with public opinion in mind.

This means that when a president makes a poor choice, and doesn’t appear to give it much thought, he or she has given up on caring about public opinion. Which could be important.

It’s important to remember that we have actually been here before. For much of Thabo Mbeki’s presidency, the professional and unflappable Bheki Khumalo was his spokesman. He was able to smooth out the rough edges, help calm down angry journalists, and basically put a good gloss on his principal. When he left, Mbeki showed how little he cared about the media, and thus the public, with his replacement. Mukoni Ratshitanga’s first radio interview on 702, about a Cabinet reshuffle, was so bad that the presenter, David O’Sullivan, had to take him through the appointments one by one. It was not a good omen.

We have no way of knowing whether Ngqulunga is good at managing the media or not; he does not appear to have a very high public profile. Not that experience is always a good indicator. The primary ingredients to being a good spin doctor in this position relate to always being available, always having something to say, and never, ever, lying. If Ngqulunga does those things, he will find it surprisingly easy to gain the trust of journalists and then, in turn, the public.

That said, he is coming in at a time when the image of the Presidency has possibly not been lower than at any period since 1994. While there is, of course, a certain context to this; Nkandla, the corruption charges, the Guptas, the NPA, the slowing economy, the general rise in corruption (Okay, enough now – Ed), some of it is also because of bad media management.

At the height of the outcry over the announcement of Nhlanhla Nene’s sacking as Finance Minister, the Presidency released not one, but three separate statements in which officials tried to clean up the mess. From a spin point of view, this was a disaster. In this kind of communication, clarity is everything. The longer the statement, the more muddled things will get. And, like lying, the shorter the spin, the better. Two of these statements were way too long to actually do their job.

But one of them contained, in words, the statement that the president denied fathering a child with SAA Chair Dudu Myeni. Bluntly, this is not the kind of thing you say on a document coming from the Presidency. It is not just embarrassing, but looks amateurish. And, of course, it allows every single media outlet in the country to report the official denial. Which then, in some minds, will cement the idea that what is being denied is in fact true.

However, that is not the low point, the nadir, of the Zuma administration’s dealings with the media. The low point is this: Government itself has not had an official spokesperson since 2012.

It was Mzwanele Manyi (who, by the way, has not yet responded to my claim last week that even he would not like his children to emulate Zuma… c’mon Mzwanele, you of all people should know from your time at ANN7 that “no comment is not an option….”) who was the last person to be permanently appointed government spokesman. When he left, Phumla Williams was appointed temporarily. And, despite a little bit of turbulence, is still there. On a temporary basis. Four years later. Her time in the pop-up office is actually longer now than Manyi’s was.

This may all seem petty, but the fact is, symbols matter in politics, and the symbol of Zuma’s relationship with the media is that he doesn’t take it seriously. If you did, How.On.Earth do you leave someone in that kind of position in an acting capacity for four years? Any why would you do it?

Muthambi, of course, could well make a point that the media in this country is hostile to Zuma. It has a middle-class urban bias that leads to an interesting conflict with Zuma. But before anyone claims that it is the media that is hostile, let’s consider Muthambi’s own track record. She did very few interviews representing government after her appointment in 2014, and was then replaced by the always dignified but never-gives-anything-away figure of Jeff Radebe. In at least one case, while speaking as Communications Minister, she got Hlaudi Motsoeneng to fire an SABC reporter because he didn’t ask her what she wanted to be asked.