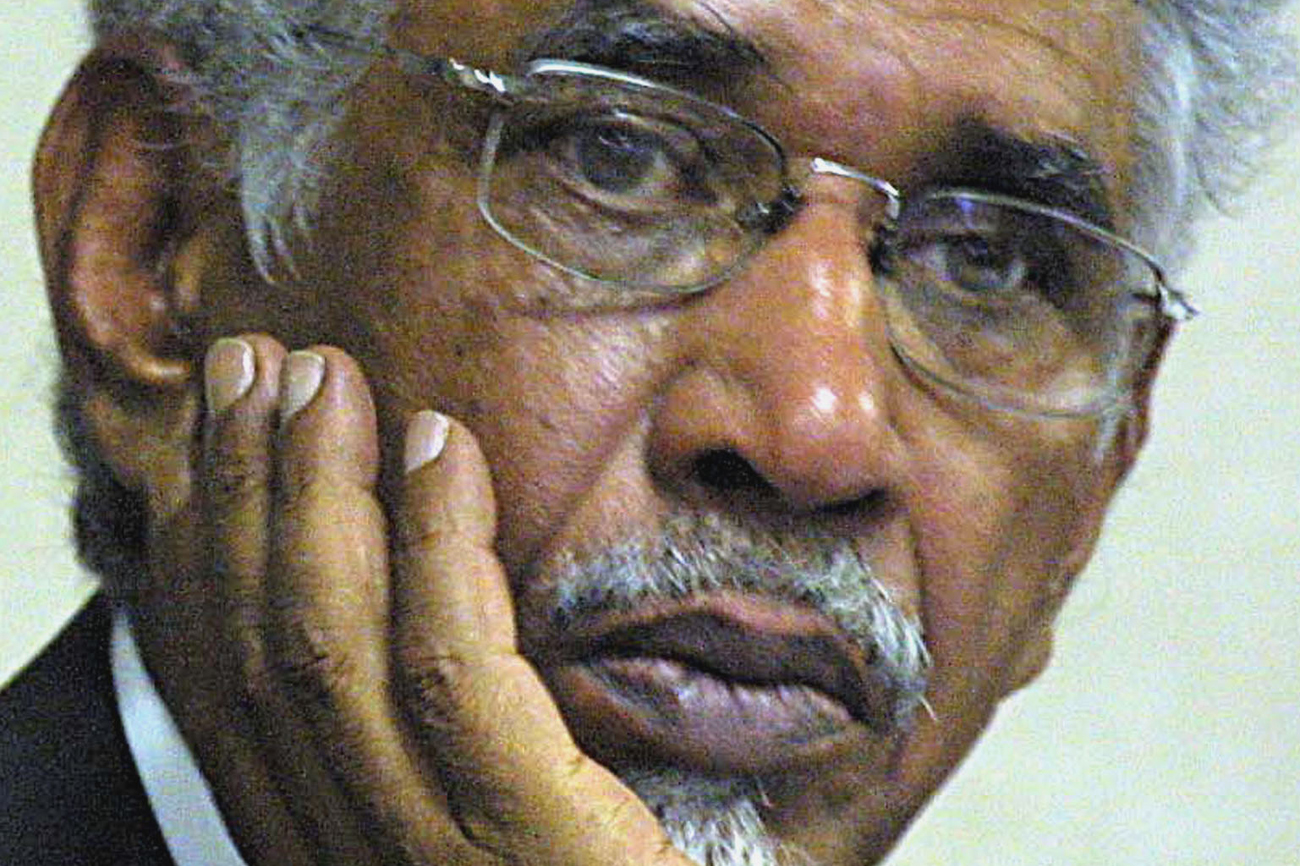 President Jacob Zuma has announced a big shakeup in the premier spin-doctoring role in the country.  From now on, the old-generation stalwart Mac Maharaj will be the voice, the public visage of the president. What an interesting choice. By STEPHEN GROOTES.

Our politics has a way of surprising. It’s a place where things you could not predict happen often. The announcement of the new presidential spokesman is one of such surprises. Mac Maharaj is the most senior politician to be appointed to a spokesperson’s post in our recent political history. We now have a former cabinet minister, the person who actually smuggled “A Long Walk to Freedom” out of Robben Island, after transcribing it from Madiba’s words as a civil servant. We are talking about a real heavy hitter here, a person in charge of Operation Vula in the late ’80s and who played a massive role in the negotiations that led to 1994.

More on him in a moment, but first, a comment on the job itself, and the person who used to hold it. Ziza Kodwa is his name, and a more personable man you will not find. He is close to Zuma and really shot to prominence as his ANC spokesman during the 2009 election campaign. Before that, he was the spokesman for the ANC Youth League, and thus is very much in the Fikile Mbalula camp. Yes, that makes him close to Julius Malema too. When it comes to spinning for broadcasters, Kodwa just gets it. Often the job of a spin doctor for someone in a very high position is to provide a buffer, a space in which action can be taken. So the short sharp soundbite works. It’s usually a variation on the “we know this has happened, the president is taking it very seriously and will take action” comment. Kodwa realises this and he does it well. Whenever you see a statement from the Presidency about something that has just occurred, say a Springbok sporting victory or a natural disaster, it’s Kodwa being proactive. And it works, to a point.

However, Zuma is a man who is politically and personally accident prone. So when, say the birth of a young child out of wedlock is greeted with great joy by those who put newspapers together, well, the relationship between the principal and his spin doctor will become very interesting. And perhaps the generation gap between Kodwa and Zuma has been a bit of an issue, because sometimes one gets the impression Kodwa isn’t able to convince Zuma of the importance of the message.

Until now, generally speaking, our presidents haven’t really taken communication seriously. Perhaps with the appointment of Maharaj that will change. This is probably the first time in South African history that we’ve had someone who has actually practiced some of the arts of journalism as a presidential spinner. While it didn’t last long, Maharaj did write a few columns for the Sunday Times. They made for interesting reading, particularly as they were placed opposite those of Tony Leon. Hopefully along the way he picked up a few tips for dealing with the media.

Maharaj is what you would call someone with a hinterland. He is deep, been there and done that. Unlike another government spokesman, he did an awful lot in the struggle.

Unfortunately, he is not without controversy. While he is close to Zuma, he is also very close to the Shaik brothers. After leaving his post as transport minister he went into business, and onto the board of First Rand. Then it was claimed he’d received half a million bucks from Schabir Shaik for help in securing the deal for the N3 tollroad. Things got murkier when he claimed prosecutions boss Bulelani Ngcuka had tried to get him to persuade Zuma to answer questions about the arms deal. Either way, in the end, he resigned from First Rand and moved on.

His relationship to the Shaiks was shown up close when he testified in the Hefer Commission investigating whether Ngcuka was an apartheid spy. It became very complicated because he wasn’t originally named as one of Ngcuka’s accusers, but was then included when the commission’s terms of reference were changed.

So Maharaj is not without his share of baggage. A bit like the rest of government’s top communications machinery as it happens. You have Vusi Mona who was a part of that same saga, and well, one other person who appears to court controversy from time to time whose name escapes us at the moment, but we remember he started by talking about coloureds in Western Cape.

In a way, this appointment shows us that Zuma doesn’t forget his old friends, those who went out on a limb for him during the Mbeki era. Those who basically pushed the Ngcuka accusations have all been rewarded, Mona, Moe Shaik and now Maharaj. Or it could be that Zuma simply trusts these people enough to have them close to him.

Maharaj is likely to be tested in his new job early. Credibility is important, and how he deals with Zuma’s next crisis could set the tone for his entire posting. He does have a temper. There are times when Maharaj vents his anger in public. He can be a unpredictable under strain, and that does not always make for a happy relationship with that unpredictable, unfair and inconsistent beast that is the SA media. It’s also one thing to be a newsmaker with a temper, that’s allowed; when you are an official, whose job is to be even tempered, well, that’s a different story.

The question he will face very early on is simply: is he up for it? Maharaj is 76 and his new job brings new levels of stress; his phone will ring many times an hour. And in tough situations, every hour that goes without comment from the presidency, will make the things worse. And yes, sometimes those calls will be inane requests for comment on what Zuma likes for breakfast, sometimes they will be deadly serious. The point is, you ignore that ringing phone at your peril.

It’s going to be an interesting ride for Maharaj, and for our media. He’s certainly been around for long enough to bring some serious gravitas to the job. The problem is, once in that job, it can be hard to maintain that gravitas. We wish him luck. DM

Photo: Mac Maharaj former South African Minister of Transport, takes the stand at the Hefer commission of inquiry, to prove the spy allegations against the director of Public Prosecutions Bulelane Ngcuka in Bloemfontein November 17, 2003. REUTERS/Stringer