ISS Today: As Kabila eyes another term, the AU must speak up 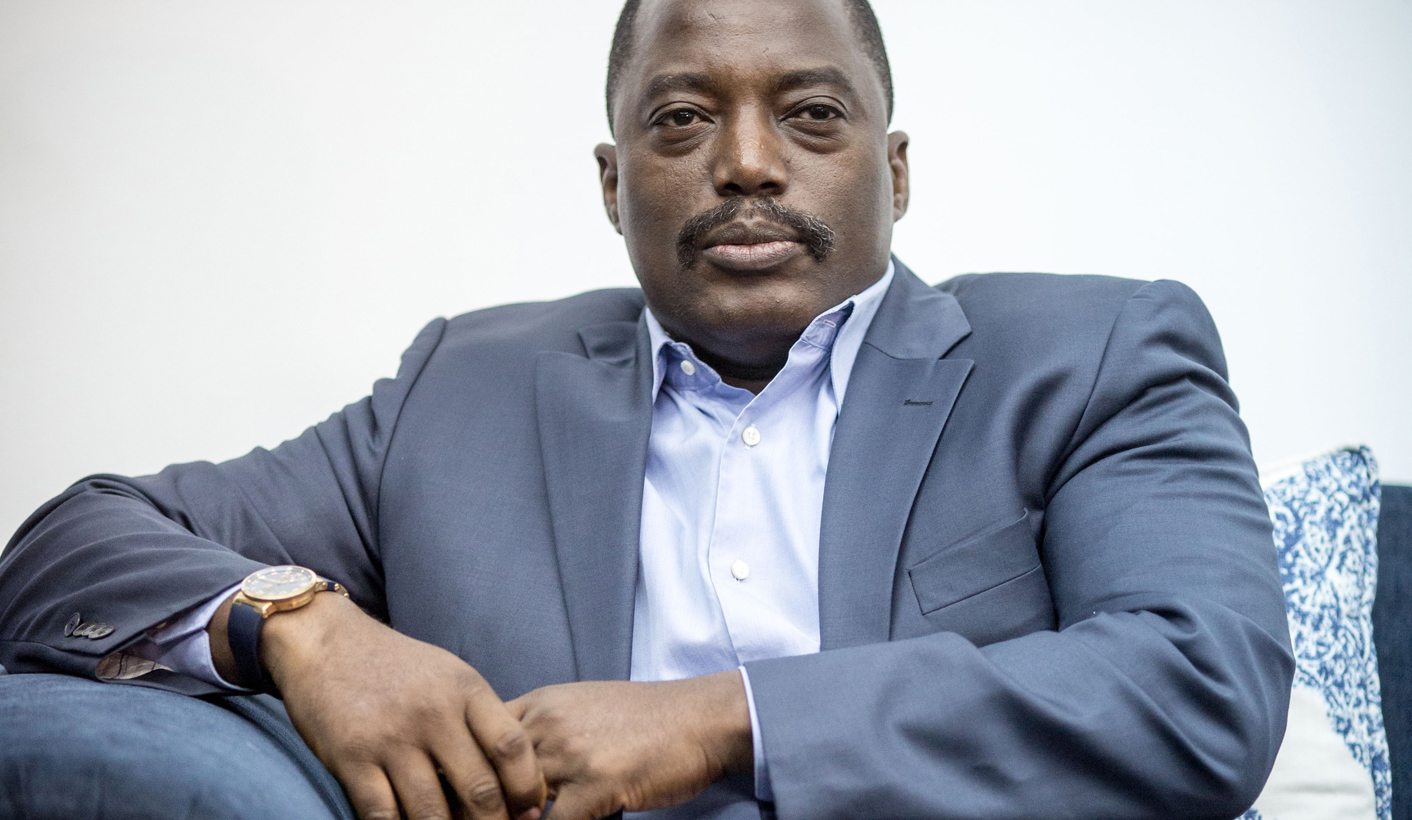 A recent DRC Constitutional Court ruling could create just enough confusion in the legal and political landscape to legitimise what is, essentially, a straightforward power grab. By STEPHANIE WOLTERS for ISS Today.

Nineteen years ago on 17 May 1997, Laurent Désiré Kabila overthrew Mobutu Sese Seko, the president of what was then Zaire. Although he was supported by a regional coalition that had the tacit backing of key Western countries, the ousting of Mobutu was haphazard at best, Kabila himself a relative unknown with no experience of government.

This is how the last political transition in the second-largest country in Africa took place. The prevailing sentiment at the time was one of hope, and expectations were high that the corruption and stagnation of the Mobutu years would become a thing of the past.

We know what followed. Just over a year later, a hopeful Congolese population stood by, stunned at the turn of events as a largely regionally driven conflict was fought by Congolese proxies. That war lasted five years, sowing the seeds of a further two decades of instability and giving birth to countless militias and rebel groups.

So while the Kabila era got off to a rocky start, it has not all been bad. When he came to power in January 2001 following Laurent Kabila’s assassination, Joseph Kabila quickly made the bold move of re-engaging in the peace talks from which Laurent had withdrawn, and set the country on a path to peace.

Joseph Kabila now has another six months to walk away from 15 years in power with the rightful legacy of playing an essential role in stabilising the Democratic Republic of Congo (DRC). Unfortunately things are not looking good on that front. Kabila is notoriously uncommunicative, and in the absence of information, there is wild speculation about his motivations and intentions. But his government’s actions in the last two years have prompted widespread concern that it has no intention of holding elections in the near future.

The latest clue came last week, when the Congo’s pro-government Constitutional Court ruled that the president could stay in office until a newly elected president replaces him. The ruling was made after the court was seized by MPs from Kabila’s presidential majority. Although no one has dared say it aloud, the likelihood of presidential elections being held by the end of this year, as required, is diminishing by the day.

In fact, the 2005 constitution – backed by the ruling party and adopted by national referendum – is very clear about the chain of command. Article 75 states that if the president is indisposed, the president of the senate takes over. But that arrangement would not suit Kabila, as it would mean leaving office and ceding power to Senate President Léon Kengo wa Dondo, a former prime minister under Mobutu and tenuous political ally of Kabila’s. Fortunately for Kabila, the court has responded that Article 75 does not apply in the event that elections are not held.

The ruling has prompted two main criticisms: the first that, given the existence of Article 75, it was unnecessary and therefore politically motivated, designed to make sure that Kabila can legally stay in office even after his mandate expires.

The second criticism is that the court does not have the jurisdiction to essentially create “new” clauses, which, some legal experts have argued, the Court’s interpretation of Article 75 amounts to.

In the end, it doesn’t matter what the political opposition or the legal experts think. Having tried so many other ways to create a valid legal framework to extend his mandate, Kabila has now finally succeeded. Although not as effective as a referendum to change the constitution to allow him to stay in office longer – and in no way a credible explanation of why elections cannot be held on time – the court ruling gives him a degree of legitimacy once the 20 December deadline has come and gone.

This creates just enough confusion in the legal and political landscape to complicate responses to what remains, essentially, a straightforward power grab. As a result of the ruling, the conversation will now go something like this:

Congolese government: “We are not ready to hold elections. We have to update the voter lists, as per your demand. What’s the rush?”

Concerned international community: “But the constitution says you must hold presidential elections three months before your mandate expires. If you don’t, you are violating the constitution.”

Congolese government: “What’s the crisis? Our constitution also says that our president will stay in office until he is replaced by another elected president. Our most senior court just ruled this.”

Obvious as the ploy may be, there is the simple fact that the process has been validated by a legal domestic institution, much like Burundi’s Constitutional Court validated President Nkurunziza’s claim to a third mandate in April 2015.

In DRC, like in the Republic of Congo and Rwanda, the legal framework has been retrofitted to legitimise a political aim. But because it has been done by a legitimate domestic institution, it raises issues of sovereignty. Countries like South Africa – a key player in the DRC, whom many have looked to to intervene in favour of Kabila leaving – will now probably be more reluctant to argue that Kabila must leave in December.

Western countries such as Belgium and the United States, both of which have been vocally opposed to Kabila extending his stay in office, may also take a step back and figure out how to navigate this space. One way to maintain pressure is to continue to focus on human rights violations and those responsible for harassing political opponents and civil society leaders. Sanctions against those involved in violent repression are already on the table.

The key voice in this situation needs to be that of the African Union (AU), which has the tools to weigh in on the mandate issue. The AU’s 2007 Charter on Democracy Elections and Governance makes provisions to sanction member states if they manipulate legislation for the purposes of staying in power. But so far the AU has been relatively absent from the debate on the DRC.

It did respond favourably to the Kabila government’s request to designate Edem Kodjo, a former secretary-general of the Organisation of African Unity, as the facilitator of the national dialogue, and Kodjo has made several trips to Kinshasa in the hope of forging consensus around the forum. But Kodjo has failed to mark his independence and lend the dialogue the credibility it needs if it is to assist the country in navigating the current impasse. For that to happen, he would need to start afresh, and without preconditions.

The AU can support Kodjo’s facilitation and also weigh in on the need to respect the Congolese constitution, especially on the question of elections. Although the institution was dealt a blow when heads of state backtracked on the AU force for Burundi, that should not keep it from speaking out clearly on the situation in the DRC.

Norm-setting is a gradual process. Thirty years ago, the continent’s biggest challenges were coups. Today the AU has a zero-tolerance approach that is supported by member states. Mandate extensions have caused instability throughout the continent, and in the last two years, especially in Central Africa. It is time to address this issue seriously. DM

Photo: Joseph Kabila Kabange (R), President of the Democratic Republic of the Congo, during a meeting with German Foreign Minister Frank-Walter Steinmeier (not pictured), in Kinshasa, 19 February 2015. Congo is the first stop in Steinmeier’s four-day trip to Africa. EPA/MICHAEL KAPPELER