The Zol Bill: Enact it as a living legacy to Oriani-Ambrosini, says IFP whip 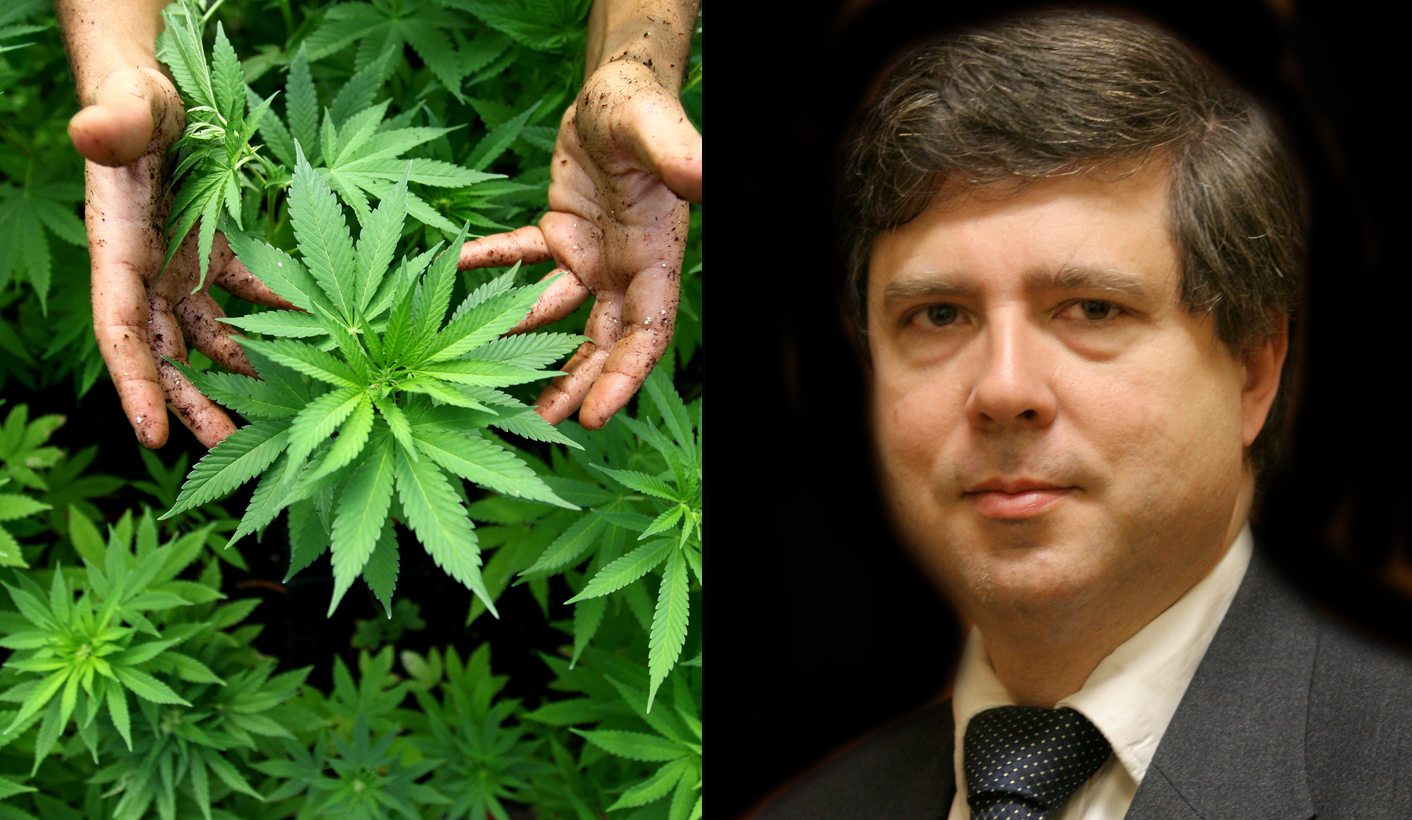 Dagga for medicinal use – by the end of 2016! The IFP wants the urgent enactment into law of the private member’s Bill tabled by its respected and longstanding MP Mario Oriani-Ambrosini before he succumbed to cancer in 2014. The wide-ranging Medical Innovation Bill, which included using dagga fibre, or hemp, for commercial benefit in textiles and building materials, would be culled from the legislative proposal to ensure the legalisation of dagga for palliative use. IFP Chief Whip Narend Singh said this was a matter of a “living legacy” for Oriani-Ambrosini. By MARIANNE MERTEN.

For two years the Medical Innovation Bill has stalled before Parliament’s health committee. There have been verbal and written submissions from various statutory bodies, doctors and lawyers, but the last discussion took place six months ago. Ironically, it is not the usual political party politicking holding up the process, but the perhaps somewhat unconventional idea of dagga, or more specifically products like cannabis and THC oil, as medicine.

The politics of dagga are complicated. The police regard it as an unlawful substance, and possession of it a crime. Many in the anti-drug lobby, and the medical establishment, regard dagga as a gateway drug leading to addiction to other drugs – and to crime to feed the habit.

Last month, Kimon de Greef in GroundUp (and Daily Maverick) highlighted the key economic role of dagga in large parts of Pondoland, Eastern Cape, where communities generate livelihoods from the plant, but police regularly spray poison to thwart yields. Domestically, several groups support dagga products for pain relief by cancer patients and others with terminal illnesses, although there appear to be different agendas at play.

But this isn’t stopping the IFP, even when confronted by official caution accompanied by appeals for more research.

“International research has shown the benefits outweigh side effects in patients who are at the end of their lives,” said Singh at Tuesday’s media briefing. “Alcohol is also harmful, but there is no expectation four- or five-year-old children would drink alcohol.”

He pointed out that several US states, and other countries, now permit medicinal cannabis use – that there should be regulation, checks and balances, but marijuana must be made available for medicinal use in South Africa.

“The time has come that we need to just focus on the use of cannabis products for medicinal purposes. We can’t allow this Bill to drag on… millions of people out there require (help) that the pain and suffering they go through can be alleviated,” said the IFP Chief Whip, who has taken over the bill following Oriani-Ambrosini’s death.

And so the IFP and ANC have had a series of bilateral discussions to break the stalemate reached last year. The support has been “encouraging”, said Singh, but not good enough. “It now needs to be taken to the next logical step… There must be something on the table that would allow the legal use of cannabis (for palliative care).”

The fact that the bill reached this stage in the first place was due largely to Oriani-Ambrosini. In 2012 his successful legal battle against Parliament overturned the previous process of vetting such MPs’ own draft legislative proposals by an ANC-dominated committee. Then, few, if any, private member’s bills, usually generated by opposition parties, reached the relevant committee for consideration. Now private member’s bills are tabled and referred to the relevant committee for processing, even if ultimately the committee rejects them, as has happened with various DA proposals on replacing the National Key Points Act, child protection or on strike violence.

Oriani-Ambrosini’s private member’s bill is different, not least because of his emotional plea during the 2014 State of the Nation Address debate. In his response, President Jacob Zuma indicated support: “I was touched to see the man I’ve known and worked with for more than 20 years in this condition. I’ve asked the minister of health to look into this matter.”

Those comments came a day after Oriani-Ambrosini made his plea and then, flanked by IFP president Mangosuthu Buthelezi and IFP caucus chairman Ndlovu Velaphi, released details of his private member’s bill.

“I am here because I am a man of principle. This is not an easy thing to do,” said Oriani-Ambrosini on 20 February 2014. “Being a politician, paid by the people of South Africa to do a job, it became natural for me (to speak) for those who do not have a voice. The most important thing to do is to remove the legal obstacles.”

Oriani-Ambrosini died on 16 August 2014. But his bill did not. During Tuesday’s health budget debate, Singh appealed to Health Minister Aaron Motsoaledi to make the proposals a reality, and South Africa a world leader in medical innovation. If the bill progresses, and ultimately is adopted by Parliament, even in an amended form, it would be the first time a private member’s bill succeeds.

“We have to have something to remember Honourable Ambrosini, and the millions of other South Africans (terminal patients),” said Singh. “This would be a living legacy to Ambrosini.” DM