Arms Deal: The military side of the equation 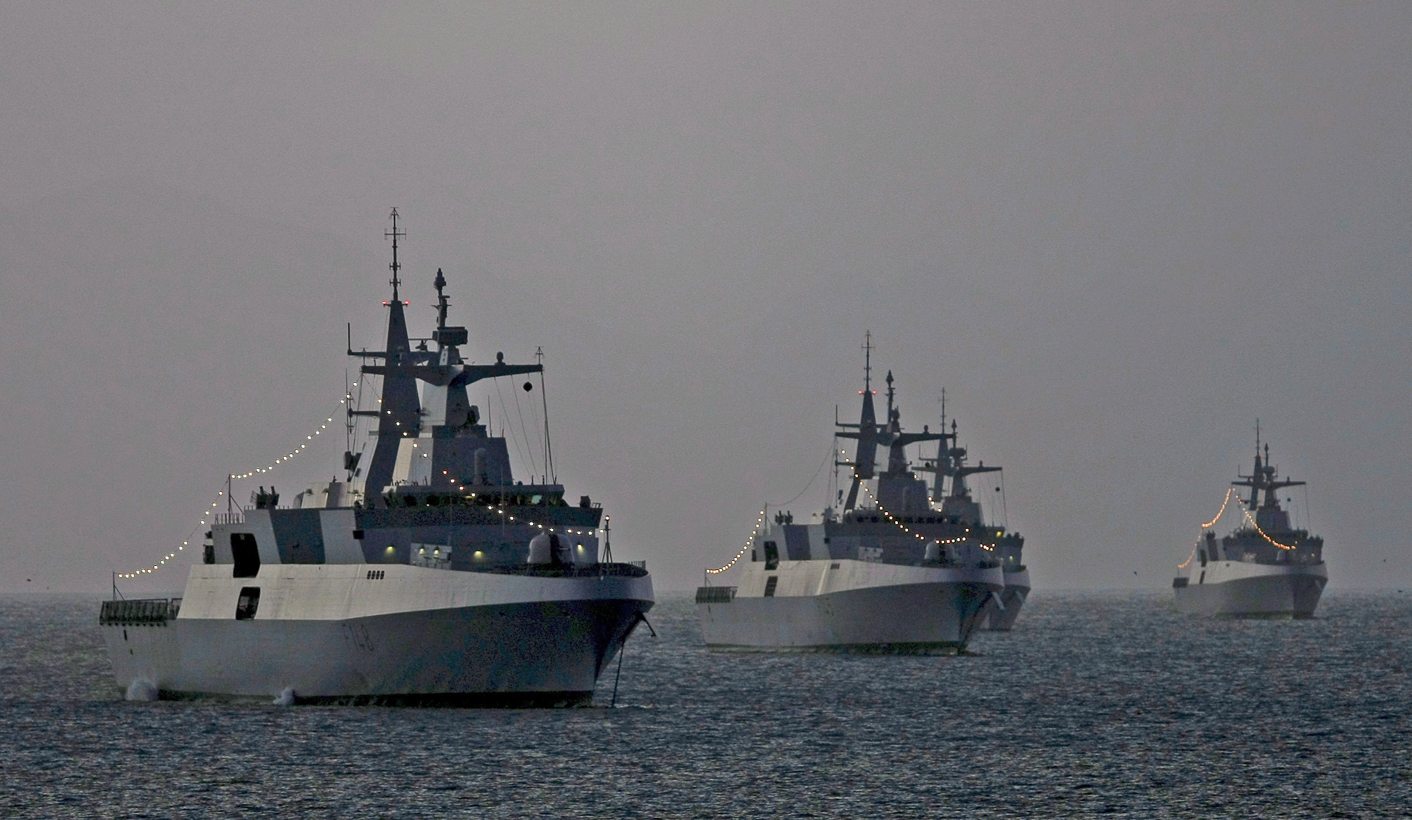 The long-awaited report of the Seriti Commission has turned out to be a whitewash, leaving many unanswered questions. But within the findings are two important things that the commission got right: That the procurements were justified and necessary, and that they are being utilised adequately or at least within SANDF guidelines. By JOHN STUPART.

The new equipment purchased was by and large necessary, and they are by and large being utilised to their operational design. For all intents and purposes, the Arms Deal did not represent any new capability that didn’t previously exist. Fighter jets replaced fighter jets, frigates replaced frigates, submarines replaced submarines, and so on. Every aircraft and submarine bought replaced older systems that had experienced major decay just before the end of apartheid or soon after.

Between 1990 and 1999, the South African Air Force (SAAF) retired 469 aircraft, closing more than a dozen squadrons and two air bases. The Army and Navy went through similar downsizing exercises, to adjust to the reality of a low defence budget of about 5% of government spending. The intention of the arms deal, as defined in the 1997 Defence White Paper and the 1998 Defence Review, was to modernise the air force and navy at a cost of less than 0.5% of GDP a year and allow them to remain capable with a much smaller number of systems.

That the arms deal critics, particularly Terry Crawford-Browne, specifically chose to attack these two arguments during the commission was a poor strategy, and ultimately backfired badly in the end result. The questions of initial rationale and utilisation were where the government’s case was strongest, allowing it to bring out expert after expert to testify in highly technical detail to refute the claims. For Crawford-Browne, this resulted in an apparent reputational meltdown on the stand, and for the Arms Deal critics, an eventual contribution to the skewed findings released yesterday.

After all this time, you would be forgiven for not quite remembering just what was on the shopping list in 1999. So what are these systems, and what are they being used for? In the interests of making the distinction between the shroud of corruptions surrounding the deal itself and the actual items bought within (and their need), here is the current inventory update.

The Gripen fighter jet (26 bought) represents the crown jewel in the defence procurement chain. A sleek and modern fighter aircraft capable of modern generational air warfare, the Gripen raises many questions. The first of which, were they necessary?

Critics of the Arms Deal insisted that the existing SAAF Cheetah jets were good enough to get “the job” done. However, those were upgrades of older Mirage and Kfir jets and so all but a handful were reaching the end of their services lives, meaning there was a limit to how long they could be kept flying.

The Gripens provided the SAAF and the SANDF with an array of military options that simply did not exist with older jets. This aspect of the deal was a pricey one, but with that price tag came an aircraft that has done a lot of heavy lifting in its relatively short life.

Gripen jets were responsible for providing general air interdiction and patrol responsibilities during the 2010 World Cup, flying on a near-constant basis before, during and after each game. At the end of the tournament, the jets had contributed to several mid-air interdictions that prevented planes from entering prohibited air space. In 2013, four Gripens were deployed at only a few days’ notice with smart bombs and reconnaissance pods to the Democratic Republic of the Congo, to provide air support to SANDF troops in Bangui.

Beyond this, the Gripen maintains a constant force projection for the SANDF that cannot be matched with ageing French airframes. The ability to see real time radar coverage and, via their South African-developed data link, feed into the larger SANDF intelligence picture was a technological capability previously unavailable to the SAAF.

In a South African society that has not known full-scale war since the 1980s, it is a difficult task to explain why simply having a bigger stick than your neighbours’ is enough to ensure it never needs to be used. But conventional deterrence of external threats is a major component of the SANDF, and of any professional military. In this regard, the 4th generation fighter has thus far proved to be a far more sophisticated airframe over any regional power.

There is a pervading myth that the SAAF has no pilots to fly these expensive Arms Deal planes. However, as of 2016 the SAAF has at least 14 pilots, dispersed around the force, ready to jump into the cockpit and fly, with more ready to come through the conversion course if needed. When you consider that the defence force has been critically underfunded for nearly a dozen years in a row, the ability to even put planes in the air is a remarkable logistics feat.

The Hawk jets (24 bought) replaced the old SAAF Impala jet trainers. Although a major cloud of discontent persists over just which jet was chosen for procurement, the reality was that a new trainer jet capable of quickly being used in a combat role was a dire need. The Impalas were remnants of the Cold War, which entered service from 1966 and desperately needed replacement. Much the same as how one would retire an old car costing a fortune in annual repairs, so too was the need for something like the Hawk.

Operationally the Hawk is one of the most flexible aircraft in the SAAF fixed-wing inventory. Used in ground attack training, feed-in training for aspirant Gripen pilots, and as a general back line for the Gripen squadron where, thanks to some prescient work on the part of the SAAF’s requirements drafters, the Hawks connect to the Gripens via a sophisticated data link and can share the same radar picture for air-to-air combat.

Replacing Alouette III helicopters (30 bought) that were delivered from 1962, the Italian-made A109s have seen extensive use throughout South Africa as a light utility helicopter. Aside from moving personnel, the use of the A109 in land or sea rescue, general reconnaissance and many other utility roles has been its mainstay.

Less costly, and way less “sexy” than the Gripen, the A109s have largely escaped the public eye. Nonetheless, as far as its role in the Arms Deal goes, these helicopters represent a critical need fulfilled.

The running joke that the South African Navy submarines (3 bought) are either constantly crashing or experiencing issues should not confuse the strategic requirement to replace old Daphne class submarines that dated from 1970 and were becoming increasingly costly to operate.

Yes, one of the new Heroine-class subs has hit the bottom of the ocean. But this is normal of any navy and should not be a dark mark against the SANDF. There is not a single submarine-operating navy that hasn’t bumped the ocean floor during deep-level training. Mistakes and errors happen when people and systems are tested to their limits. And in a dark metal tube with no windows, the potential for things to go wrong is only increased.

Nonetheless, the submarines are in constant operational use, either in training, refit, or operational purposes. This is despite the commonly-held and mistaken belief that they’re all inactive and in dry dock.

Much like the projection power of the Gripen, holding a submarine fleet of any strength in Africa is something of a unique capability. And like fighter jets it’s a capability that takes decades to rebuild once lost; it has to be maintained even when there’s no direct threat so as to be available for when one arises. For South Africa, the submarines won’t find poachers, and they aren’t going to catch pirates, but they certainly patrol the country’s oceans for larger prey and provide a guarantee for the future.

The German-manufactured frigates were, if anything, bought in too small a quantity. With only four purchased, the patrolling of South Africa’s huge maritime domain is not performed as adequately as it should be. The lack of blue ocean vessels able to do the hard yards in ensuring illegal fishing, trafficking, and many other criminal activities are not carried out freely is a key indicator that the government simply did not buy enough vessels.

The frigates had been an active contributor to providing security at 2010 World Cup matches in coastal regions, using their powerful radars to detect and track aircraft, ships and boats, and now spend their time between patrolling South Africa’s waters and chasing imaginary pirates in the Mozambican Channel. Although the piracy lark appears idiotic, the political payoff of patrolling Mozambique’s waters is significant, as is the reduction of shipping costs through a now-secured region.

When it comes to the Arms Deal, it’s difficult to explain the difference between the need to purchase equipment and the process to procure said equipment. In the former, the case for procurement could not have been clearer. For the latter, Thursday’s whitewashing is significantly troubling. DM