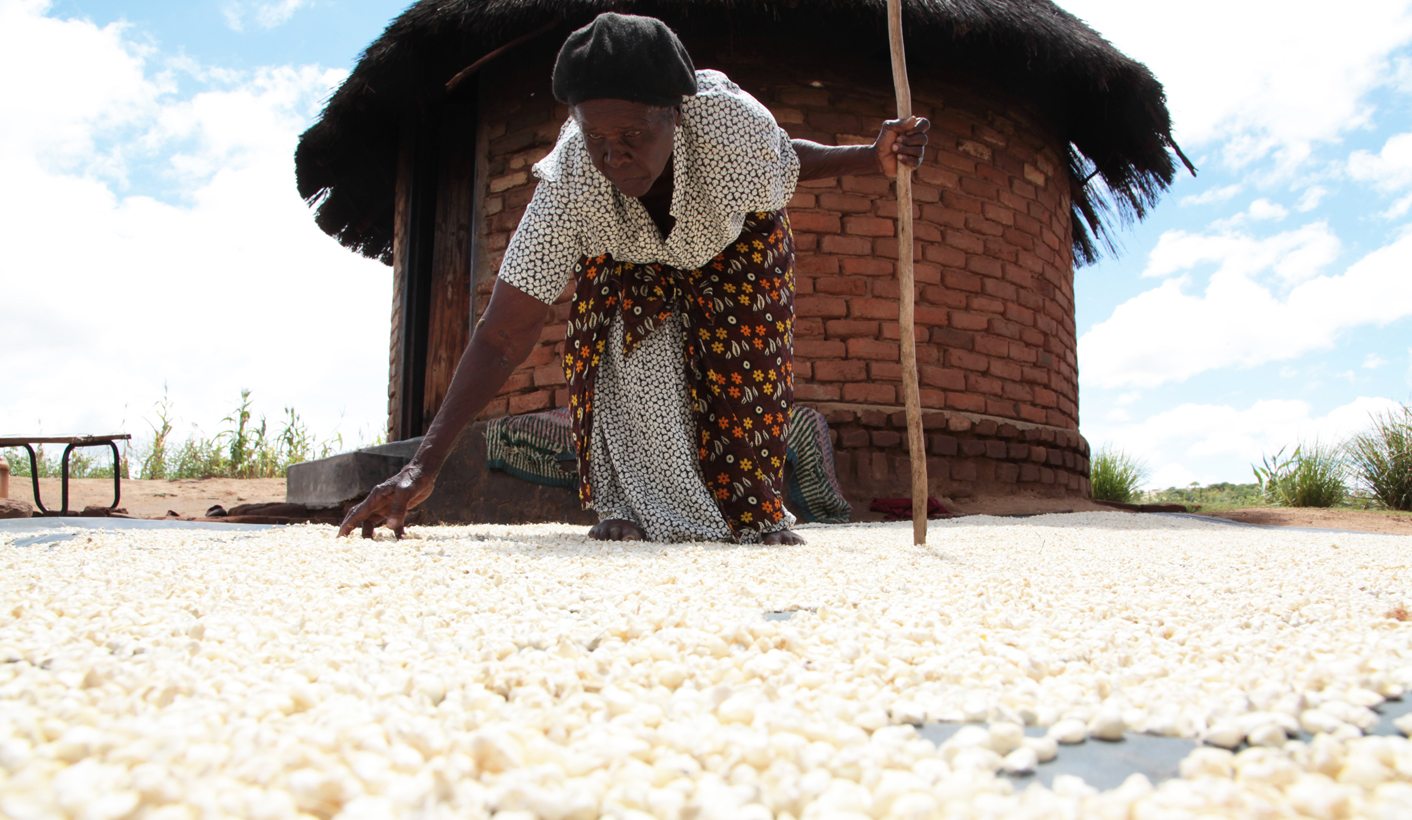 In Mutaramuswa, Zimbabwe, for four months, Ripisai Manonge and her four orphan grandchildren and great grandchild have survived on half a dollar a day. Now she can’t go on, she says.

On November 25 last year, the 80-year-old sold the last of her cattle for $350. That amount has kept 11-year-old Lewis Mukonya in class and provided food for HIV-positive Enoch Kwaramba, siblings Elvis and Moreblessing Mudzengerere, and 18-year-old Forget Muchumwe.

“This year’s harvest equals a bucket,’’ she said, surveying drying maize grains salvaged from her scorched fields. “I have nothing left.’’

Zimbabwe, along with the rest of southern Africa, is in the grip of an El Niño-induced drought which has cut crop yields and killed livestock threatening half a million children with hunger, according to the Zimbabwe Vulnerability Assessment Committee (Zimvac). The government has declared the drought an emergency and appealed for $1.6-billion in food assistance.

The World Meteorological Organisation says an exceptionally strong El Niño and warmer ocean and land temperatures made 2015 the hottest year on record globally with temperatures about 1°C above the pre-industrial era, capping the longest five-year warmest period since records started.

As a result, southern Africa suffered its worst drought in 35 years with South Africa, the traditional bread basket of the region, recording its worst rain shortage since records began, according to the United Nations. President Robert Mugabe has since declared the drought an emergency and appealed for $1.6-billion to feed people and save livestock.

Buhera, home to a quarter of a million people, has been the hardest hit in the country, with a food insecurity incidence of 61 percent, the highest among the country’s 33 districts, according to the latest Zimvac report released in January. That reading, coming ahead of winter and the dry months of August, September and October, has led government officials and donors to warn that hunger will worsen in the third quarter when depleted food reserves run out.

Already, many families are being forced to sell livestock and other assets to survive, according to Vhenekai Jaravaza, a village health worker in Mutaramuswa village, Chief Makumbe’s area. At the same time, prices for the staple maize meal have been accelerating, peaking at about $9 per 10kg bag from $6 last year, she said.

“Everybody is selling,’’ she said, citing her own example. She has five cattle left from as many as 12 last year and two turkeys from 15 last year. “The problem is, because of the hardship, there are no buyers.’’

At Murambinda Mission Hospital, Matron Silindiwe Shamhu says diarrhea cases are rising because of water shortages. Many of the mothers who come to the district’s biggest hospital also say they are down to one meal a day, she said.

“Poverty levels appear to be rising. We are hearing a lot of stories of hardship,” Shamhu said. Among some of the under-5s they are also seeing cases of sexual abuse for food, she said. “On a rating of one to 10, I am on 8,’’ (in terms of concern), she said.

Government interventions so far have been limited to helping the most vulnerable families identified by headmen and villagers themselves. Health workers say there are thousands more people who have been left out.

In visits to homesteads around the district, we encountered tales of hardship with the burden of finding food for children in many cases falling on the elderly like Manonge, whose husband died in 2002. While some of her surviving children help when they can, the widespread failure of crops has this year been particularly difficult, she said.

“I will get virtually nothing out of this harvest,’’ she said. “I am a widow. I can’t even walk because my legs are painful. It’s just going to be a struggle to find food for my grandchildren this year.’’

Her neighbour, Ndakaitei Mukarati, 63, said she was also battling to find food for four of her seven children, her 78-year-old husband Turiki Patrick Hwete, paraplegic mother and orphan granddaughter who was born HIV-positive. One of her sons is also HIV-positive while the other has epilepsy.

“The child is sick but I don’t have enough food to feed her so that she can take her medicine,’’ Ndakaitei said. The previous day she had walked for eight hours, taking her orphan granddaughter to the local clinic for her three-month examination.

Mukarati expects no harvest this year after the sun burnt her maize, sorghum, rapoko and bambara nuts fields and says she has been reduced to begging and government handouts.

“The poverty makes you want to laugh but perhaps it’s God’s will,’’ she says matter-of-factly.

At the Buhera Mission Hospital, 77-year old widower Jiri Muteve had brought his emaciated paraplegic granddaughter, abandoned by his son and his wife. He took the 43-month-old child to the police and is seeking assistance from the Department of Social Welfare.

Across the room, 58-year-old Evelyn Chinyanga had a similar tale: responsibility for an HIV-positive and kwashiorkor-stricken granddaughter, also abandoned by her daughter, who she thinks is mentally ill. The child was struggling with the daily diet of sadza and usvusvu – a thinner porridge made from rapoko.

“Handiti zvinonzi ‘chirere chichazokurerawo’,’’ Chinyanga said, repeating a local saying which suggests parents traditionally looked after their children so the kids returned the favour in their old age. “It doesn’t make sense any more. Maybe it’s God’s will.’’ DM