South Sudan: A new dawn after years of wasted lives? 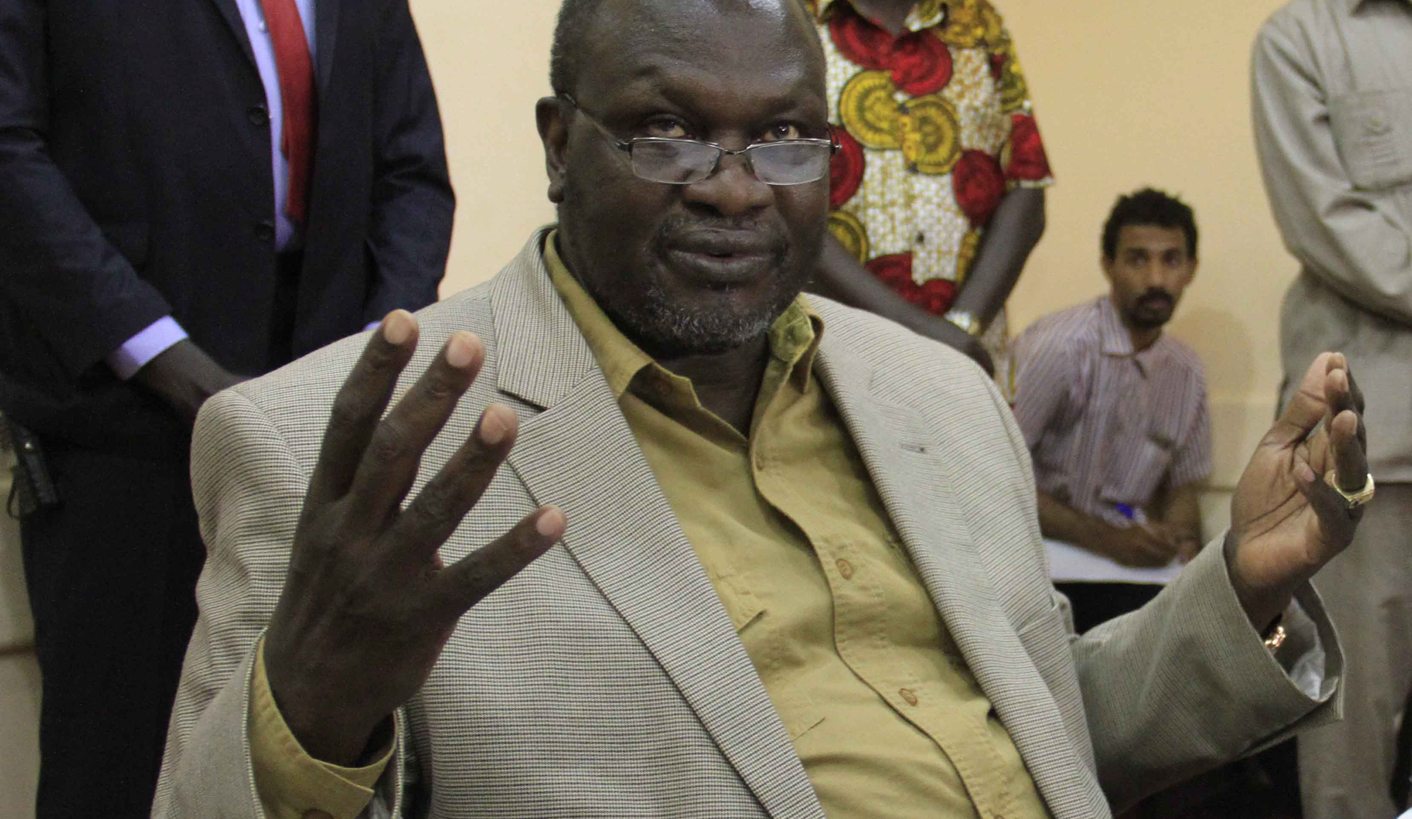 As rebel leader Riek Machar prepares for what’s supposed to be a peaceful return to the capital, the cracks in South Sudan’s newly-formed unity government are already beginning to show. Can the warring parties really co-exist again, or is this another false start? By SIMON ALLISON.

The civil war in South Sudan is over.

So claimed Alfred Ladu Gore, deputy chief of the rebels, as he returned to the capital Juba for the first time in two-and-a-half years on Tuesday. He said that the fighting “has come to an end”, and that the rebels were ready to “proclaim peace”. It was a good sound bite, and a promising omen for what might just be the most important few days in South Sudan’s short but bloody history.

It was only in mid-2011 that South Sudan achieved its independence. Freed from Khartoum’s shackles, and with enormous oil wealth, the future was bright for the world’s newest nation. But this dream was shattered in December 2013, when vicious fighting in the capital forced the collapse of the government, as forces loyal to President Salva Kiir battled those who answered to the vice-president, Riek Machar. Ethnic divisions, between Kiir’s Dinka and Machar’s Nuer, fuelled the tensions, and it wasn’t long before Machar had fled Juba to initiate a fully-fledged rebellion.

It’s hard to quantify the consequences of the violence that followed. The United Nations and International Crisis Group say 50,000, but aid workers on the ground say this is conservative, and the real number may be six times higher. Another 2.3-million have been forced from their homes, and 6.1-million need emergency food aid. At the same time, with the help of the plummeting oil price, South Sudan’s economy – barely there in the first place – has collapsed, as has any pretence of service delivery.

Negotiations between the warring parties were slow and tortuous, until a breakthrough last year. Reluctantly, both leaders put pen to paper on a peace deal that should see a ceasefire imposed and Machar return from his comfortable exile in Addis Ababa (where the Daily Maverick interviewed him in February) to participate in a unity government. Kiir is to remain president, while Machar will resume his role as deputy, with cabinet posts split equally between their respective supporters.

There have already been plenty of teething problems with the agreement. The ceasefire, for instance, has been broken repeatedly by both sides, while the returning rebels haven’t exactly been welcomed back to Juba with open arms: this week, according to AP’s Jason Patinkin, 16 members of Machar’s publicity team were arrested and beaten by government security. The government’s army chief, meanwhile, stated that Machar would never be allowed to become president of the nation, a not-so-implicit threat to his political ambitions.

All this throws Machar’s return, scheduled for this Monday, into doubt. The plan, as per Machar’s spokesman Colonel Nyarji Roman, is for Machar to fly in to Juba airport at 13:00. He’ll make a quick media statement (explicitly “to avoid media questions”) and then be whisked off to take the oath of office in the presence of President Kiir and diplomatic observers. And then – well, and then it supposed to be business as usual. Look away, folks, nothing happening here.

Two-and-a-half years of fighting, tens of thousands of bodies, untold hardship later, and for what? To resume the status quo of December 2013? If anything underscores the sheer, bloody-minded pointlessness of this civil war, it is its resolution, which merely restores South Sudan to where it was before the war began – except this time with added debt and emotional scarring, and without global good will or a decent oil price.

That’s in the best case scenario. A worse case, in which the parties resume fighting either in the capital or anywhere along the still-contested frontline, cannot be ruled out. In such a tense environment, it takes just one cocky soldier, or one stray bullet, for the peace deal to go up in flames.

And there’s no guarantee that Machar will even make it to Juba for this new dawn in the first place. His team are nervous about his reception there, unsure if they can trust Kiir’s guarantees. Any sign of bad faith between now and Monday and they will tell him to abort his trip, and with it South Sudan’s immediate prospects for peace.

Nonetheless, despite the immense challenges, and the setbacks, South Sudan now has a chance to start again. Over the next few days and weeks, we will find out if the country’s leaders – not renowned for their selflessness – care enough about their country, and the people, to embrace that chance. DM

Photo: Southern Sudanese leader of the Sudan People’s Front and opposition Sudan Liberation Riek Machar addresses journalists at a news conference held in Khartoum, capital of Sudan 18 September 2015. Machar arrived in the capital earlier in the week to meet with President Omar Al-Bashir to duscyss issues relating to the implementation of the peace agreeement signed between Machar and President Salva Kiir of South Sudan EPA/STR