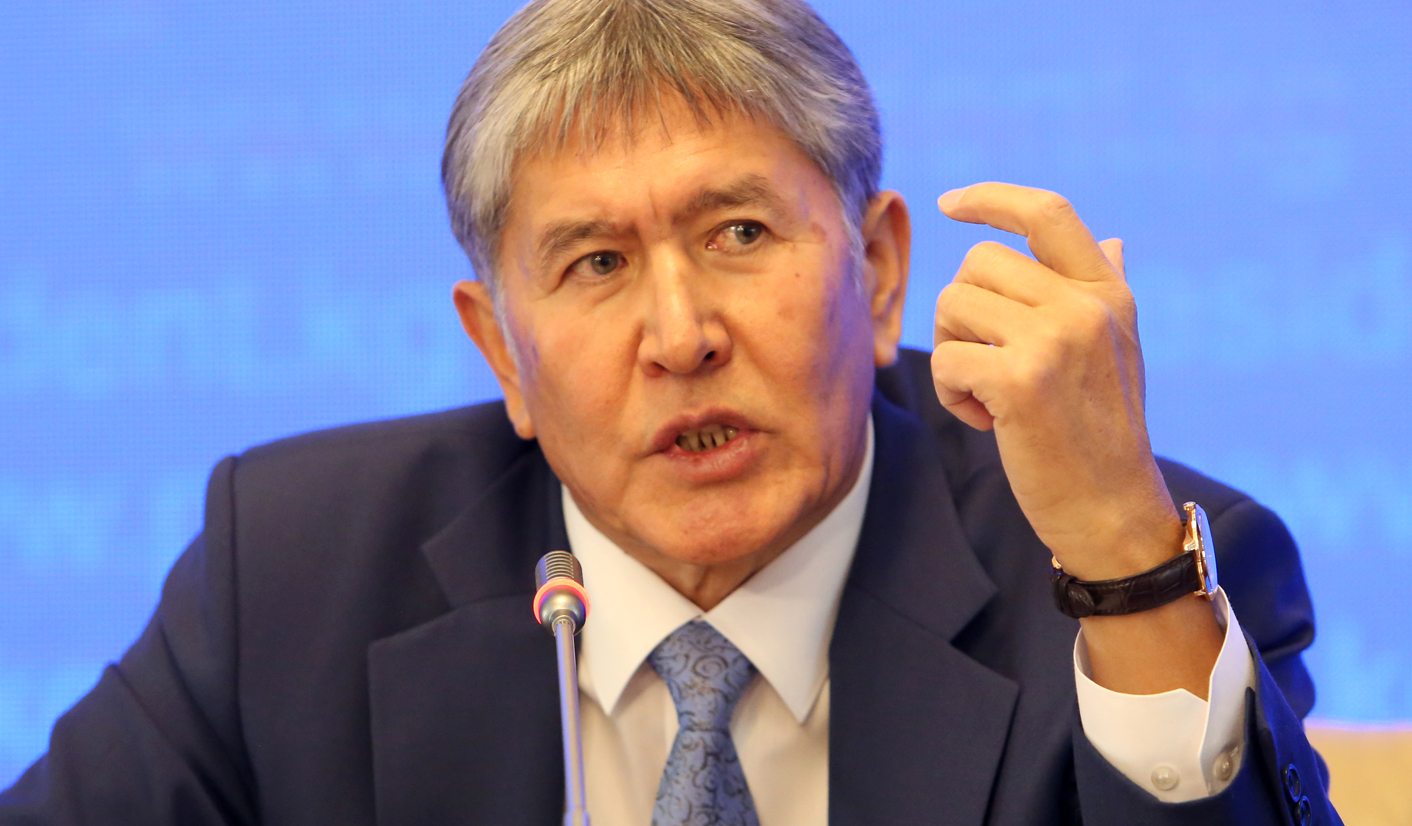 As Kyrgyzstan prepares to mark the sixth anniversary of a bloody rebellion, there is a growing sense that the overthrow of two presidents has failed to revolutionise politics. Kyrgyzstan is Central Asia’s only parliamentary democracy, but the system remains remarkably unchanged despite elections and upheaval. Those who can leverage their connections enjoy impunity, while many ordinary people live in poverty and lack access to justice. Commentary by Deirdre Tynan for INTERNATIONAL CRISIS GROUP.

The Kyrgyzstan government’s failure to deliver adequate leadership, provide basic services to citizens and enforce the rule of law fuels religious radicalisation, ethnic tensions and lawlessness. The poor and politically disenfranchised are turning elsewhere for support. Underneath the political status quo, there are signs of agitation. Several opposition leaders were arrested in late March for allegedly plotting to overthrow the government.

The April 2010 revolution was supposed to represent a fresh start for Kyrgyzstan, despite its violent beginnings. A national day of protest called for 7 April exploded into a massive uprising, with some 89 protesters gunned down by security forces in central Bishkek. Opposition forces seized power after a chaotic day. President Kurmanbek Bakiyev ultimately fled into exile in Belarus, just five years after Kyrgyzstan’s first President Askar Akayev fled to Moscow in the wake of popular protests.

The new interim government said it would deliver reform, accountability, and an end to the staggering corruption of the Bakiyev era. It said it would dismantle the schemes that concentrated political and economic power in the hands of a clannish few. It did not. Under any circumstances, this would be a massive undertaking, but President Almazbek Atambayev, elected to the post in October 2011, has not overseen a real effort to combat political or economic corruption. The spoils have simply been redistributed.

The parliamentary election in October 2015, though peaceful, was in many ways an auction: it is well reported that securing a place on a party list can cost politicians upwards of $500,000. Confidence in government suffers as a result. Politicians lack the initiative to tackle the difficult questions that still face the country such as the persistent north-south divide, ethnic tensions, a breakdown of social and physical infrastructure, increasing religious radicalisation and a chronic lack of economic opportunities. The parliament is semi-functional at best, and national unity is a brittle façade.

Russian influence is growing as the Kyrgyz government depends on financial handouts from Moscow and rests its national security interests with the Collective Security Treaty Organization (CSTO). Meanwhile, the economic downturn in Russia has resulted in a drop in remittances from migrant workers, leaving households across Kyrgyzstan strapped for cash.

Central Asia is a tough neighbourhood. Uncertainty in Afghanistan, increasing authoritarianism in Tajikistan and the possibility of a chaotic political succession in Uzbekistan pose serious threats to Kyrgyzstan’s stability. The state’s foreign policies are at best premised on short- to medium-term objectives and financial needs, not on long-term interests. Its relationship with its nearest neighbour, Uzbekistan, is deeply dysfunctional, with frequent border spats underscoring Kyrgyzstan’s inability to protect its frontiers in the face of the overwhelming might of the Uzbek military.

Kyrgyzstan’s domestic trajectory is perhaps the most troubling. While the state becomes increasingly impotent, it has allowed strident Kyrgyz nationalism to define what it means to be Kyrgyzstani. In June 2010, some 400 people, mostly ethnic Uzbeks, died during inter-ethnic violence in Osh. Those scars have not healed. Today, the Uzbek community has retreated from politics. The government blames ethnic Uzbeks for not doing more to assimilate.

Officials estimate that 70 percent of Kyrgyzstan’s Islamic extremists are ethnic Uzbeks, however the underlying ethnic tensions and drivers of religious radicalisation are largely ignored. Families troubled by youth radicalisation are reluctant to seek support for fear they will become targets of police extortion. Senior police officers acknowledge the problem, but say they are unable to prevent this. Public doubts grow when security forces shoot suspected “terrorists” under questionable circumstances, with little verifiable information provided by official statements.

Against this backdrop, divergent ideas about national and religious identities are splintering what little agreement there was about the future of the country. Informal systems of justice and governance have supplanted the state. International aid is of limited value given the weaknesses of the structures it is designed to bolster. But the thinking in Bishkek seems to be that if you ignore a problem it will go away; the other tactic is to blame outsiders for the country’s challenges.

Kyrgyzstan remains deceptively calm if viewed from afar, but at the local level, there are familiar signs of discontent. Protests across the country are gathering pace with legitimate concerns over the socio-economic situation and the prospect of increased electricity tariffs. Opposition leaders are using these issues to fan anti-government sentiment.

Kyrgyz politics can deliver sudden and violent change, as shown by the events of March 2005 and April and June 2010. Presidential elections scheduled for 2017 will test the cohesion of the state. Expectations are growing in the south that the next president should be from there.

According to such transactional thinking, power is to be negotiated among regional strongmen, not decided by the democratic will of the people. Even a smooth transition of power is unlikely to ensure reforms. Many members of the political elite survived the convulsions of 2005 and 2010 to emerge with different portfolios and their private businesses intact.

Kyrgyzstan should remain a conflict-prevention priority, as the risks of further upheaval and fresh inter-ethnic clashes have not truly diminished. In a region where most presidents have been enshrined as leaders for life, the Kyrgyz political environment is unique. However, the long-term stability and growth of the country depends on meaningful reconciliation in the south, promotion of a national identity that includes all ethnic minorities inside Kyrgyzstan, and a robust anti-corruption campaign. It will take strong leadership to reform a system of governance that, two upheavals later, remains fundamentally unchanged. DM