President Jacob Zuma: I respect the judgement and will abide by it 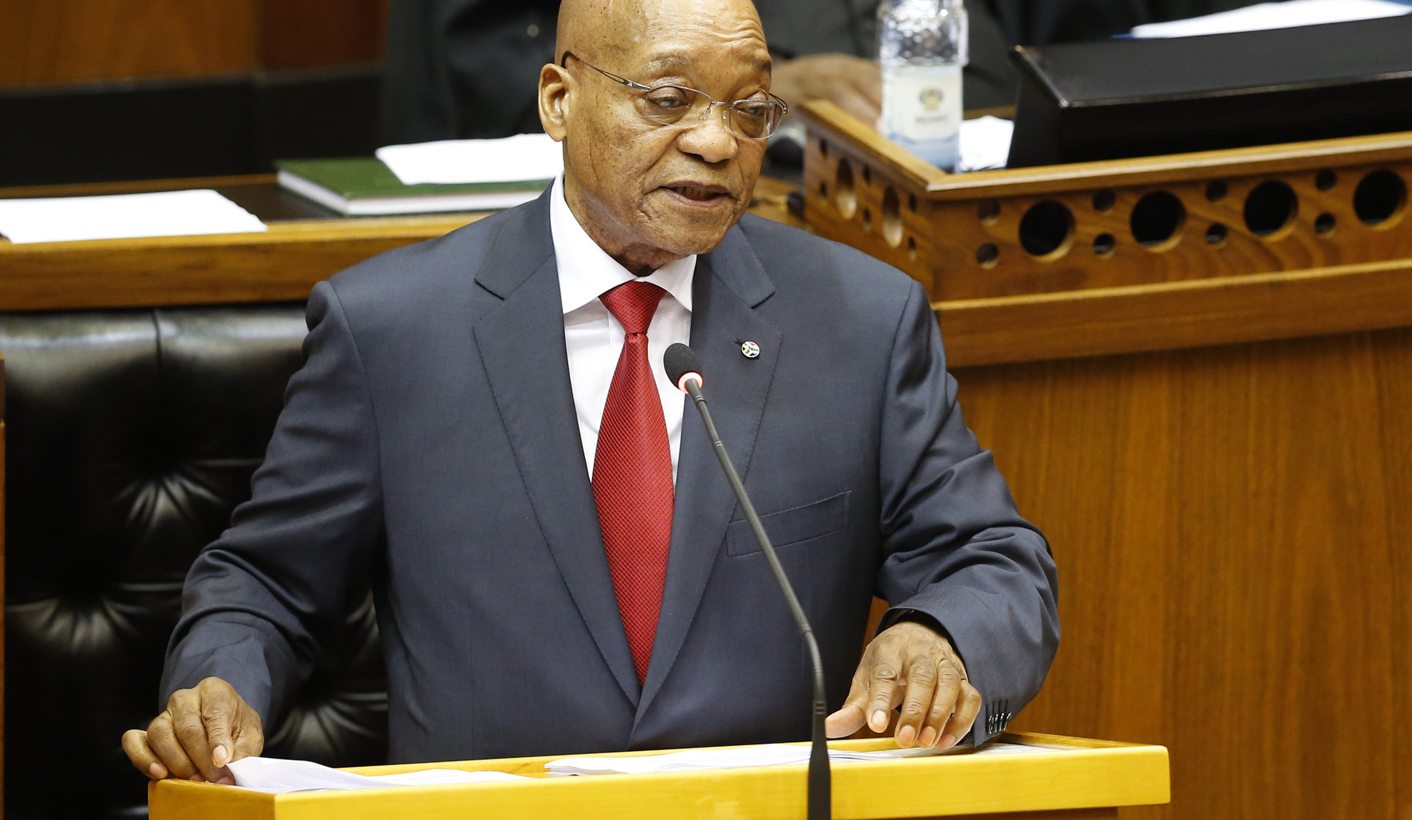 A full text of the media statement by President Jacob Zuma in response to the Constitutional Court judgement on the Nkandla security upgrades. Union buildings, Pretoria, 1 April 2016. By PRESIDENT JACOB ZUMA.

I address you during an important year when our country celebrates 20 years since President Nelson Mandela signed the Constitution of the Republic into law in Sharpeville, which took place on the 10th of December 1996.

Our Constitution commits us, individually and collectively, to build a nation based on the democratic values of human dignity, equality and freedom, through constitutionalism and the rule of law.

We have well-established institutions that support democracy and which protect the rights of our citizens.

Our Constitution also establishes a democratic parliament. I respect the role of parliament to hold the Executive to account as true representatives of our people, representing, as it does different voices, views and constituencies.

Guided by the Constitution, we have an independent judiciary which is a trusted final arbiter in disputes in society.

Yesterday, the Constitutional Court of the Republic, playing this crucial role, issued a judgement on the matter of security upgrades at my private residence in Nkandla.

I welcome the judgement of the Constitutional Court unreservedly.

The judgement has further strengthened our constitutional democracy and should make South Africans proud of their country’s Constitution and its strong and effective institutions.

This is a ground-breaking judgement with regards to the powers of the Public Protector.

I wish to thank the Court for providing clarity which will have a positive impact on other Chapter 9 institutions as well with regards to their work.

The Court has also ruled that the remedial actions with regards to six features of the Nkandla project must be carried out.

This entails the National Treasury establishing a reasonable proportion of the reasonable costs of each item to be paid by the President.

I respect the judgement and will abide by it.

I have consistently stated that I would pay an amount towards the Nkandla non-security upgrades once this had been determined by the correct authority. The Court has ruled on the matter and has devised a mechanism for such determination by the National Treasury.

As alluded to by the court, we participated in the resolution of this matter voluntarily, through the proposal we made before the matter was heard by the court.

We also consulted with other parties to the dispute as directed by the court. In the proposal I stated my willingness to pay and to abide by other measures.

I would like to emphasise that it was never my intention not to comply with the remedial action taken against me by the Public Protector or to disrespect her office.

It is for this reason that on receiving the report, I submitted it and my initial response to it to the National Assembly within 14 days as required by the Public Protector.

The Court has welcomed this compliance and stated in the judgment that I also followed up with another response five months later.

I then allowed another arm of the state, the National Assembly, to go through its own processes in dealing with the report.

I welcome the finding of the court that it was legally permissible for me to inquire into the correctness of the aspects of the report that I may disagree with.

I also welcome the clarity provided by the Constitutional Court that I should have then taken the matter on review by a court of law in the event of any queries or disagreement.

This interpretation will be followed by the Executive in the future in light of this judgement. It puts an end to any other interpretations of this matter.

I also respect the finding that failure to comply with the remedial action taken against me by the Public Protector is inconsistent with the Constitution of the Republic.

I wish to emphasise that I never knowingly or deliberately set out to violate the Constitution, which is the supreme law of the Republic.

The finding by the court that my failure to comply with the remedial action taken against me by the Public Protector is inconsistent with the Constitution and therefore invalid, flows from the fact that I initially followed a different approach.

I had earlier adopted a different approach based on the judgment of the Western Cape High Court.

This ruling was subsequently overturned on appeal, and I immediately set out to abide by the ruling of the Supreme Court on this matter.

I wish to confirm in line with the findings of both the court and the Public Protector, that I did not act dishonestly or with any personal knowledge of the irregularities by the Department of Public Works with regards to the Nkandla project.

The intention was not in pursuit of corrupt ends or to use state resources to unduly benefit me and my family. Hence I have agreed to pay for the identified items once a determination is made.

The judgement has been very helpful.

There are lessons to be learned for all of us in government which augur well for governance in the future.

The Nkandla project brought sharply into focus, the problems within the government supply chain mechanisms.

The gross inflation of prices in the Nkandla project is totally unacceptable and should never have been allowed, hence government is improving procurement measures to prevent any future recurrence.

The Office of the Chief Procurement Officer has been established at the National Treasury for this purpose of ensuring that strict supply chain procedures are followed by government departments.

Government also took a conscious decision to clean up the Department of Public Works to ensure that the flouting of supply chain procedures is eradicated and prevented.

I issued a proclamation in December 2013 authorising the Special Investigating Unit to investigate the irregularities in the procurement of goods and services by government officials, their close family members or friends and contractors in Nkandla.

Subsequent to this, the Department of Public Works has instituted civil claims against the implicated officials and contractors.

The Presidency is also reviewing the policy on the security benefits of members of the National Executive, to ensure that there is clarity with regards to what members are entitled to.

I wish to reiterate that any action that has been found not to be in keeping with the Constitution happened because of a different approach and different legal advice.

It all happened in good faith and there was no deliberate effort or intention to subvert the Constitution on my part.

The judgement has helped me and my colleagues to reflect deeply on the entire matter. With hindsight, there are many matters that could have been handled differently, and which should never have been allowed to drag on this long, which we deeply regret.

The matter has caused a lot of frustration and confusion, for which I apologise, on my behalf and on behalf of government.

I urge all parties to respect the judgement and abide by it.

Let us use the judgement to build and further strengthen our democracy.