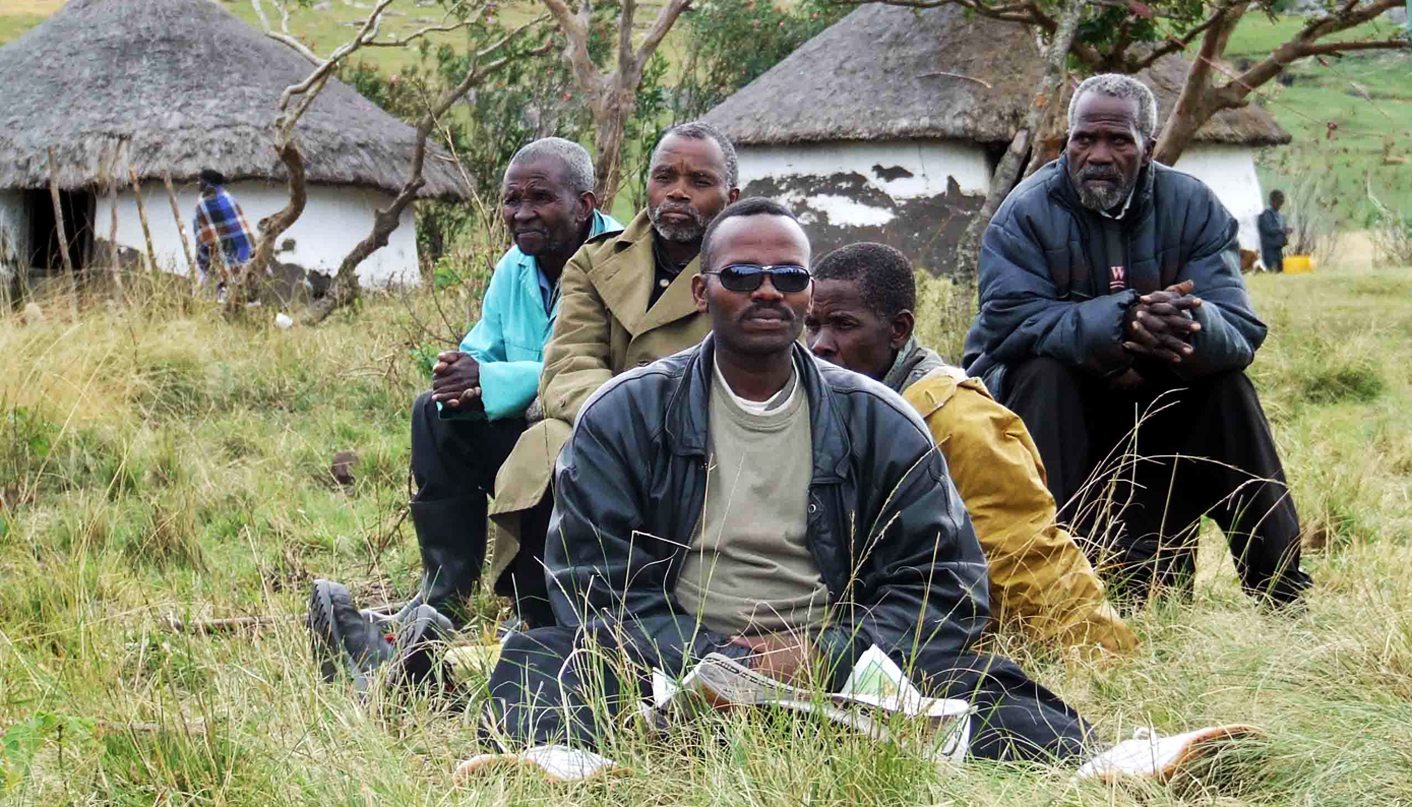 For a decade a community on the Wild Coast has been fighting against a company trying to mine titanium in their area. On Tuesday, they say it led to the assassination of their leader. It's the story of a community under attack and a leader lost to what activists say are violent ambitions. By GREG NICOLSON.

Those who knew Sikhosiphi ‘Bazooka’ Rhadebe describe him as a man of principle. “He was a fighter,” said Nonhle Mbuthuma from the Amadiba Crisis Committee (ACC), of which Rhadebe was chairman. He wasn’t violent; she meant that he continued to stand up for his beliefs in the face of adversity. His nickname came from his love of soccer, named after a South American star.

His friends and comrades say Rhadebe’s principles cost him his life. Over the last decade, community members on Pondoland’s Wild Coast have resisted attempts from Australian-owned mining company MRC and its local subsidiary TEM to access its titanium-rich Xolobeni coastal dunes. It’s been a battle between a rural community expressing its right to determine its future, hoping to promote the area’s ecotourism potential, and an outsider, together with its local empowerment networks, hoping to mine the area and move the community.

It’s the story of a community under attack.

On Tuesday evening, Rhadebe called two leaders of the ACC. There’s a hit list, he warned. He said he was the number one target. According to Rhadebe’s 15-year-old son, hours later a white Polo with a blue light on the roof pulled up at their house at about 21:30. The son looked outside the curtains as two men came to the door claiming to be police officers. They wanted to question Rhadebe, who was in the toilet. When Rhadebe came out, the men had their guns in hand. He closed the door and went with them to their car, intending to go to the police station, where they wanted to question him. The 15-year-old then heard eight shots. He hid under the bed, not knowing what to do. When he eventually went outside, he found his father dead.

The ACC said the murder of its chairman was clearly related to the organisation’s determination to obstruct MRC from mining the area.

“Our beloved Bazooka made the ultimate sacrifice defending our ancestral land of Amadiba on the Wild Coast,” said an ACC press release. Mbuthuma explained how they had continually blocked access to their land and after the mining company had tried three times to get a mining licence they still wouldn’t let it do an environmental impact survey or a social impact plan.

“The Australian mining company MRC and all the criminals in high positions who are eager to cut their piece of our land, and fill their pockets with blood money, shall know this: The Amadiba coastal community will not be intimidated into submission,” said the ACC statement on Monday.

MRC chairman Mark Caruso on Wednesday told Fin24 he wasn’t aware of the killing, but called it tragic. “The company is in no way implicated in any form whatsoever in this incident. Statements to the contrary are simply unfounded. This company will not engage in any activity that incites violence,” he said.

Eastern Cape SAPS spokesman Lieutenant Khaya Tonjeni on Wednesday confirmed a murder case was opened, but when asked by Daily Maverick about police involvement, he said the allegations were so serious he first needed to consult his principals.

After Rhadebe’s killing, 82 civil society organisations issued a letter condemning the assassination. “For years, poor people’s movements in different parts of the country have experienced regular harassment, intimidation, detention and violence against their members. It is worst felt when the media are far away and the victims are poor, black or rural, and when major industries stand to make billions in profit,” they said. They demanded the arrest of his killers, the protection of ACC members, a Human Rights Commission investigation, and for all mining licence applications to be suspended until the murder is investigated. Public Protector Thuli Madonsela will also be asked to investigate the issues of MRC’s efforts to mine the Wild Coast.

Despite Caruso’s ongoing claim that his company won’t incite violence, the battles for mining rights on the Wild Coast have continually been violent. Caruso, whose company has also faced community resistance to its operations in Vredendal, Western Cape, reportedly told stakeholders in an e-mail last year that he was excited to prove detractors wrong.

“And I will strike down upon thee with great vengeance and furious anger, those who attempt to poison and destroy my brothers. And you will know my name is the Lord when I lay my vengeance upon thee,” he quoted the Bible.

In a statement to police in February, the ACC’s Mbuthuma said those resisting the mining operation fear for their lives. There have long been protests and suspicions MRC was involved in the mysterious deaths of leaders opposing the mining, but during 2015 ACC members and those against the mining company’s plans had further reason to fear. There were targeted and armed attacks against the community in May and December. Four men were arrested in December on charges of attempted murder and robbery after nightly attacks, including arson, in Mdatya on those who were against the mining operations. One of the men charged allegedly worked for the MRC-linked operations at Tormin mine in the Western Cape.

“The key issue is whether human rights trump mining rights,” said John Clarke, a social worker and Daily Maverick contributor, who has been working closely with the community. The area, which was the site of the Pondoland revolt, is fiercely resistant to being told from the outside what to do, said Clarke, and after MRC continues to try for a mining licence the killing of Rhadebe he said it shows it’s trying to increase the pressure on those in its way.

In a way, Rhadebe’s tragic death, say community leaders, is perversely a sign of their success. It’s a sign that after years of intimidation and violence, the mining company and its local beneficiaries are out of options.

“We make their lives so difficult… They’ll fail. They don’t have any options so will try to scare us,” said Mbuthuma. DM