Op-Ed: Rhino hunting is not compatible with conservation 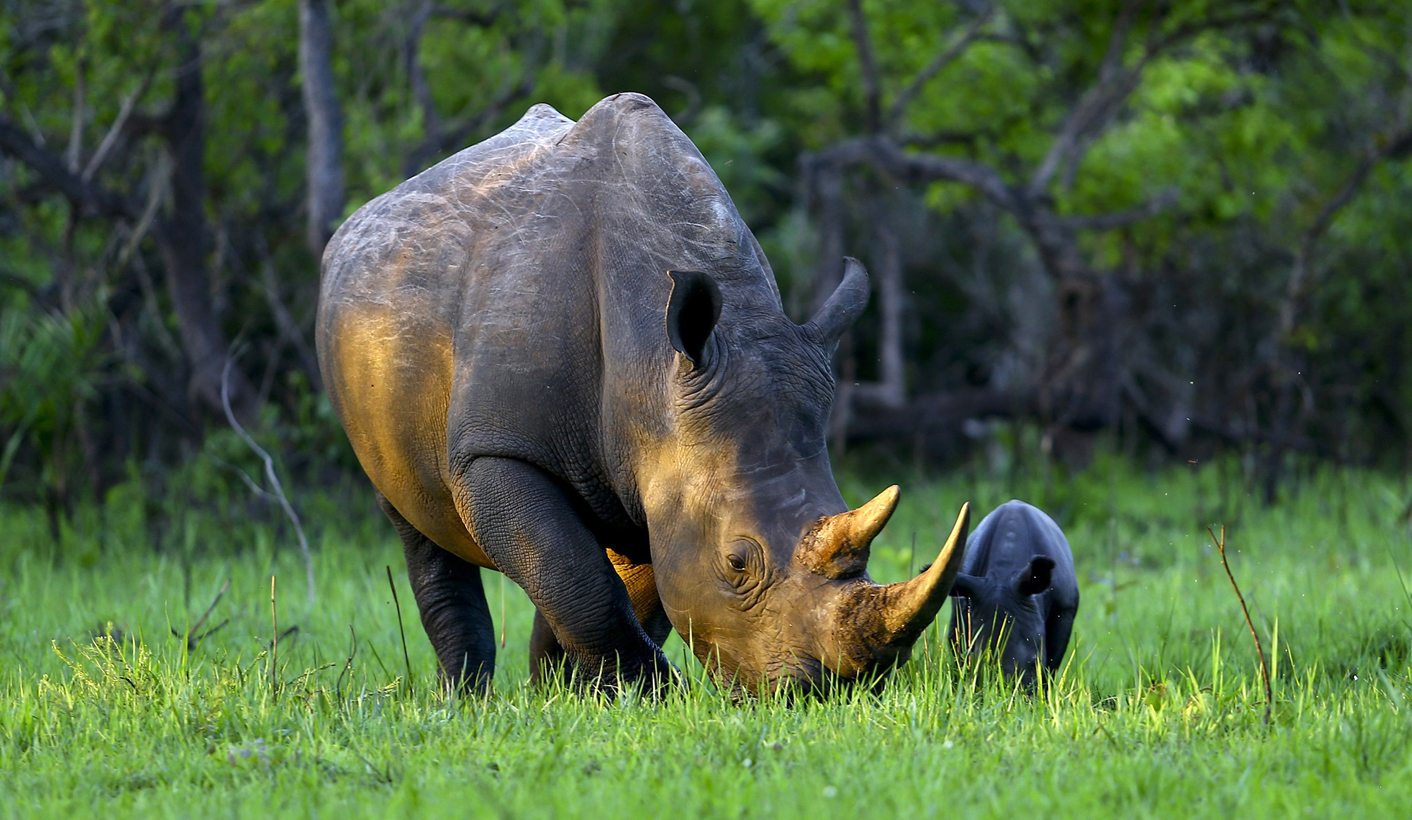 South Africa’s official approach to rhino conservation involves a contradiction. While calling for the protection of rhinos as a species, it promotes their use as a resource to be exploited for human gain. It is bound to fail. By DAVID BILCHITZ.

Despite the devastating loss of 1,175 rhinos to poaching last year, environmental affairs minister Edna Molewa recently refused to impose a moratorium on the issuing of hunting permits for rhinos.

Her response to the call issued by a civil society group emphasised that interventions to address rhino poaching and illegal horn trade did not preclude what she termed the “legal, sustainable utilisation of the species”.

She insisted that the legal international trade in live rhino and the export of hunting trophies poses a low risk to the survival of the species in South Africa and should be allowed to continue. In this, she is tragically wrong. There is an extremely close link between legal hunting and poaching, which the minister is unwilling to acknowledge.

In her approach, the minister views rhinos instrumentally — that they only matter to the extent that they are useful to humans. By this ethic, individual animals have no moral worth other than in terms of the money we can gain from their lives (through tourism) and their deaths (through hunting). Conservation, for the minister, is only about ensuring there will be rhinos in the future that we can exploit.

Those who poach simply take these ideas to their logical conclusions. If animals are just things to be exploited for our self-interest, then why not kill them when there are large profits to be gained? Why should poor individuals in Mozambique refrain from killing rhinos to support their families when wealthy Americans are granted permits to shoot them on the game farms of wealthy South Africans?

An ethic that simply reduces animals to instruments for human ends will inevitably have a hard time convincing people that animals should be conserved for future uses. If their short-term needs are pressing, or there’s an economic crisis, there is little reason to think about the long term.

The perspective articulated by Molewa (shared by many others purportedly seeking conservation in these narrow terms) also makes the strange claim that individuals do not really matter as long as the whole species survives. Yet this view fails to explain why species preservation is good in itself. And it remains hard to see how one can promote conservation of a broad, abstract concept such as a species without respecting the individuals who comprise it.

The Department of Environmental Affairs is increasingly veering in the direction of this contradictory and exploitative ethic which only values animals as a commodity. It continues to distance itself, for instance, from the departmental Norms and Standards approach adopted in relation to elephants in 2008 which recognises the relationship between the interests of individual animals and wider environmental concerns.

The department has, in fact, been attempting to edit this document to remove references to the welfare, sentience and social nature of elephants. And it has failed to pass any further regulations to stop the growth of canned lion hunting.

An alternative view recognises that an essential part of an effective conservation strategy involves developing an understanding of the worth of and respect owed to individual animals. This is important, not only because morally animals are deserving of such respect in their own right, but also because respect for individual animals is essential to preserving the species as a whole. The one cannot be divorced from the other.

By this approach the species will always be preserved where individual animals can only be used in a manner that is compatible with demonstrating respect for their lives (such as the viewing of animals in their natural environment).

South Africa’s rich wildlife heritage is imperilled unless our policies and practices are rooted in respect for the individual interests and welfare of animals. This requires, for instance, that a moratorium be imposed on rhino trophy hunting. South Africa needs to send a clear message that we care about the animals that share our land for their own sake, not simply for the pursuit of profit. DM

David Bilchitz is a Professor at the University of Johannesburg and Director of the South African Institute for Advanced Constitutional, Public, Human Rights and International Law (SAIFAC). He is also Secretary-General of the International Association of Constitutional Law. He has presented a more academic version of this argument at a conference at Harvard University on Animals and the Constitution, which is available here.