Op-Ed: All you need is love – SA protests and the quest for nonviolent politics 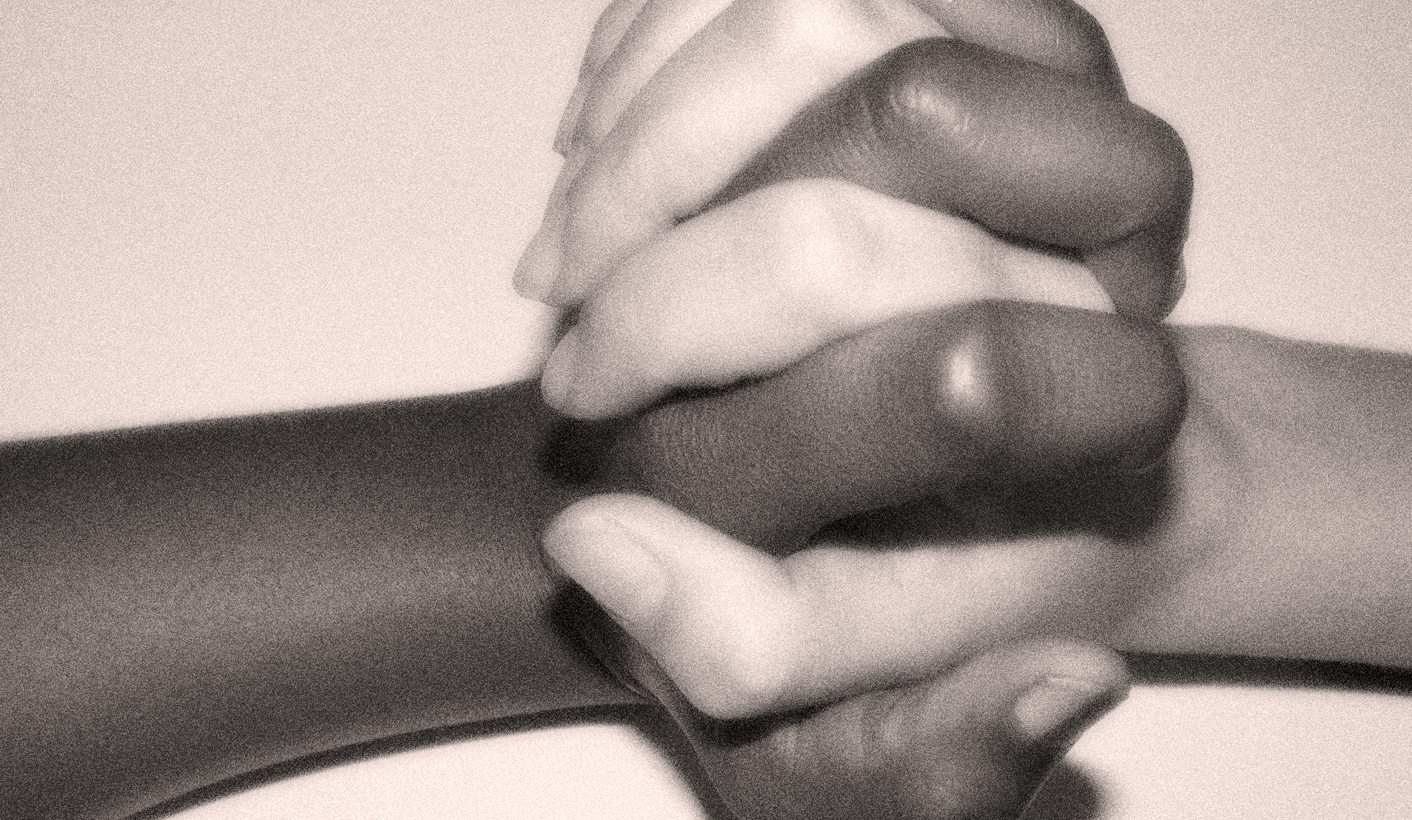 A theme that recurs in stories of protest from community service delivery actions to trade union strikes to campus upheavals is the preferred use of violence. Nobody pays attention unless we use violence, protesters say. There may be some truth in this and it is hard to deny that dissatisfaction runs deep. But the naturalisation of violence is a deeply disturbing aspect of public displays of disaffection. Isn’t there another way? By ROBERT MORRELL.

In 1967, the Vietnam War was at its height. Framed by the West as a war against Communism, by many nonaligned countries it was regarded as a war of decolonisation. The US had deployed 450,000 troops and domestic opposition to the war and conscription was beginning to gather momentum. In July 1967, the Beatles released All You Need Is Love. It rose to Number 1 on the UK charts immediately. It was part of a campaign that protested the Vietnam War, but its message was for peace and love. In 1971 John Lennon, who composed the song with Paul McCartney, was asked whether songs like Give Peace a Chance and Power to the People were propaganda songs. He answered: “Sure. So was All You Need Is Love. I’m a revolutionary artist. My art is dedicated to change.'”

Among his famous acts to promote peace was his Bed-in for Peace with Yoko Ono in Amsterdam and Montreal. These were intended “to be nonviolent protests against wars, and experimental tests of new ways to promote peace” (Wikipedia).

Going further back we have in South Africa the exemplary protests of Mohandas Gandhi, who developed the satyagraha in 1906 as a way of demonstrating opposition without violence. Satyagraha had a spiritual element that was focused on the search for truth. As a practice it was concerned with preserving the dignity of the self on the basis that violence is destructive both to human relations as well as of one’s own being. As Gandhi put it: “Truth (satya) implies love, and firmness (agraha) engenders and therefore serves as a synonym for force”. (This) force “is born of Truth and Love or non-violence” (Wikipedia).

More recently South Africa’s women have frequently demonstrated the viability of peaceful protest, most notably in the nonracial march to the Union Buildings in 1956 when 22,000 gathered to protest against the pass laws.

Since there are examples, global, local and historical, of nonviolent protest, why does it cast such a weak shadow on current protest?

There are obviously many reasons for violent protest. Some protests will start off peacefully and escalate — either fanned by heavy-handed security or by agents provocateur. Others develop as though violence is the preferred means of expressing protest. In these cases it seems that the work of Franz Fanon looms large. At least within University contexts, it is his Wretched of the Earth (1961) that appears to be used to justify violence.

Fanon wrote Wretched of the Earth in the last years of his life. From the mid-1950s he had been working in Algeria as a psychiatrist and had become a supporter, then a spokesperson for the FLN (National Liberation Front). The eight-year-long Algerian war cost an estimated 1-million lives, resulted in the emigration of 900,000 French settlers and was crowned with Algerian independence. The war featured horrendous cruelty on both sides including systematic torture by the French army. It was this systemic violence that formed the backdrop to Fanon’s views that violence was necessary for decolonisation. For Fanon, there needed to be a process of exorcism which would finally allow native Algerians to be free of the dehumanising psychology of colonialism.

Since Fanon’s death from cancer in 1961, his works have gained recognition and popularity even as they have been critiqued for analytically getting things wrong and endorsing the therapeutic power of violence. Advocates of a Fanon approach largely ignore the context of his writing and the specific situation that gave it rise. Fanon becomes a convenient philosophical justification for violence in diverse settings.

The violence has escalated at universities with buildings and vehicles torched. Intimidation has been rife. Coverage of these events has not included statements of remorse about the violence but rather justifications for its necessity. These include the need to rid public space and institutions of symbols of oppression. Symptomatic of the approach has been the statement of a student leader at Walter Sisulu University who told the Daily Sun, “We’re going to destroy everything.” [The Economist, 20 February 2016].

The normalisation and legitimisation of violence is a serious problem for societies. It suggests violence is a productive social force, that nonviolent methods are inferior or inappropriate and that the costs of violence are not worth worrying about.

Yet most countries have signed up to international conventions that condemn and seek to illegalise violence. These conventions seek to prevent war, to work to end the death sentence, and to draw attention to the psychological damage of post-traumatic stress, torture and bullying.

Violent protests have many costs. Apart from the obvious security and material costs, there are the relational costs that take much longer to recover. Where aggressors swear at, disrespect, abuse and assault people, deny the rights of workers to undertake work, or students to participate in university activities, damage is being done to goodwill, to the possibility of good human relations, to the prospect of harmony. This violence is also laying the foundation for further violence aptly pointed out by the early 19th century German poet, Christian Heine: “Where they have burned books, they will end in burning human beings.”

One of the justifications for violence is the urgency to pursue a decolonisation agenda. The details of this agenda are seldom spelt out though few university staff and students would deny that the dynamic nature of knowledge production and institutional cultures should be addressed in a context-specific way. Among the issues raised under the flag of decolonisation is the importance of indigenous knowledge. A key element of indigenous knowledge, frequently identified as distinguishing African modes of communal living from the more nucleated ways of urban life common in the North, is Ubuntu. Although used too loosely, its central tenet is the importance of recognising that a person is only a person in relation to other people. Or, more simply, that relationships matter.

Ubuntu highlights the interdependence of people and the opportunity that each person has for contributing to the good of the collectivity. This vision has a beautiful inclusivity that is far removed from violent protest. It reminds us that South Africa has many examples of communal action which do not rely on violence and which affirm the rights of others and attend to their needs.

Francis Nyamnjoh, renowned Cameroonian anthropologist, has been analysing the ways in which migrant workers in Africa sustain community. Their labour has value because it builds family, it acknowledges the importance of dependents in less fortunate situations and it makes sacrifice that is considered ennobling rather than demeaning. Relationships are central to the idea of existence and the good of the whole cannot be subordinated to the good of an individual. Here is a vision of life in Africa which makes no call on violence, does not promote exclusion and intolerance, a truly worthy addition to the project of decolonisation.

In a rare study of South African gift-giving, it was found that most South Africans are deliberate and generous supporters of the poor and of nonfamilial dependants. “South Africa emerges from the survey as a generous and socially conscious country” (Everatt et al, 2005:283).

Against this happy assessment we need to place the less comfortable acknowledgement that, as a country, South Africa has inordinate levels of violence. Everybody has the capacity for violence and so a national question must be: why should we choose violence over peace?

This is a rhetorical question because I cannot imagine why we should ever choose violence over peace. But the situation is complicated so let me refer to a different kind of choice, between walking away from responsibility and choosing to love and care. In 2005 the HSRC launched its Fatherhood Project. This sought to grapple with very high levels of father absence and to contribute to reducing the damage of their absence in the lives of children. The project focused on what a father could do to contribute to the welfare of his child, even if he was unemployed and unable to contribute materially. The project advocated presence, responsibility, tenderness, engagement, receptivity, constancy and love. None of these gifts involved financial commitment but they all made deep personal demands of a father. The project uncovered incredible stories of grandfathers and siblings acting as fathers, taking huge responsibility and providing loving security. Children testify to how meaningful a father’s caring contribution can be. And this contribution has lifelong benefits.

South Africa has a bounty of human resources, a record of generosity and mutual concern. Globally, in situations of war and deep inequality, we have available to us examples of peaceful protest. The peace movement contributed to the independence of India in 1947 and the ending of the Vietnam War in 1975. The process of transformation in South Africa will be a long-term project and it can and should involve all of its citizens.

Is there the leadership and the will to say no to violence, and to choose the path of care and love? DM

Robert Morrell is a scholar of masculinity and gender and works at the University of Cape Town.