Hawks gunning for Gordhan: ANC comes out in support of Finance Minister 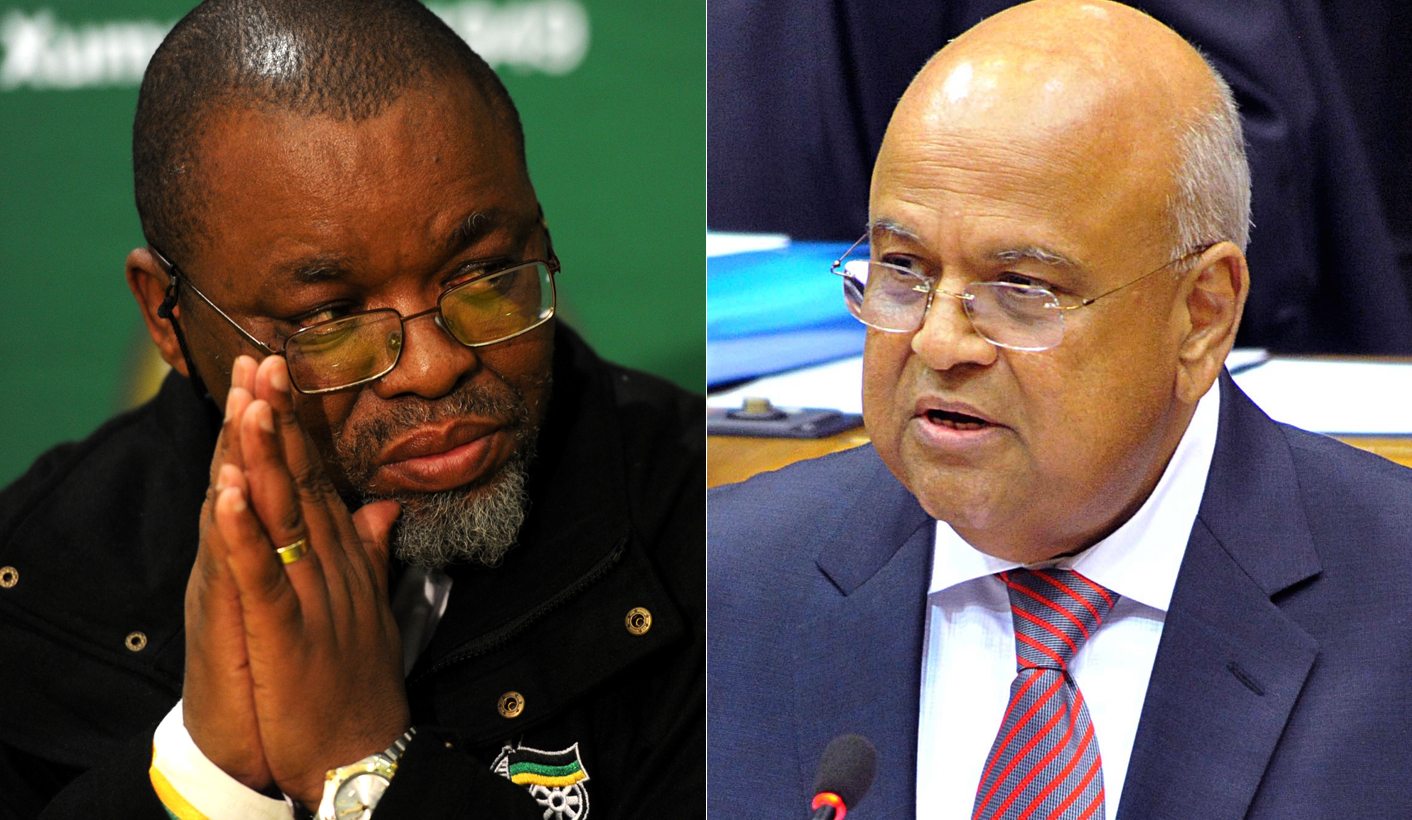 In what appears to be return fire in a brewing behind-the-scenes political war, ANC Secretary General Gwede Mantashe on Friday issued a strongly-worded statement that the ruling party had full confidence in Minister of Finance Pravin Gordhan. Mantashe added the ANC was “extremely concerned” that the Hawks had served Gordhan with a list of questions about an alleged SARS “rogue unit” days before he was to deliver his budget speech. Mantashe also said it is “unfortunate” that there were “initiatives to undermine” Gordhan's work. BY MARIANNE THAMM.

Tensions in the ruling party surrounding hostilities between Finance Minster Pravin Gordhan and SARS Commissioner Tom Moyane, who is believed to be close to President Jacob Zuma, have spilled out into the open with ANC Secretary General, Gwede Mantashe, issuing a statement that the ANC unequivocally supported the Minister of Finance.

Mantashe’s statement comes in the wake of what appears to be a campaign by the Hawks to target senior former SARS officials including Deputy Commissioner Ivan Pillay and group executive Johan van Loggerenberg as well as Gordhan, who was SARS commissioner at the time.

In a statement Mantashe said:

“The African National Congress has noted the reports in the media concerning the Minister of Finance and issues related to the South African Revenue Services (SARS). It is the view of the ANC that the complex and difficult work that has been done by the President and Minister since December to date, including during the Budget Speech, have restored the confidence of our people in the economy and brought about stability. The ANC commends Minister of Finance and his team for the hard work and the energy that they invested thus far. We further reiterate our full confidence in the Minister and his team for the work they continue to do.”

He added that it was…

“unfortunate that there are now initiatives that are intended to undermine this work, reverse the gains our economy has made and have a destabilising effect in the long term. We are extremely concerned that four days before the Minister delivered the Budget Speech, questions from the Hawks were sent to the Minister. The timing of these questions indicates clearly that there was intention to distract the Minister during this important time. It is even more disconcerting that these questions were leaked to the media. In our view this is a well calculated destabilisation plan with all the elements of disinformation, falsehoods and exaggerated facts.”

He said the ruling party had “reliable information” on the individual who had leaked information to the media and would be “engaging the person in this regard”.

“In the event that the Hawks have anything to investigate related to the Minister and SARS, it would be in the best interest of our country if they did so professionally, using the correct channel and procedures and not seek to conduct a trial through the media,” said Mantashe.

The conflict between Moyane and Gordhan has been bubbling since Gordhan’s reappointment as Minister of Finance after President Zuma’s surprise sacking of his predecessor, Nhlanhla Nene, replacing him with the little-known Des Van Rooyen and plunging South Africa’s economy into a crisis.

Shortly after his reappointment in December Gordhan visited Moyane at his SARS offices and instructed him to halt current plans to restructure the tax collection service. Moyane has refused to bow to perceived pressure from Gordhan and is believed to enjoy the support of President Zuma.

According to unconfirmed reports, Gordhan had met with President Zuma earlier this week to inform him that he could not work with Moyane.

Zuma, in what appears to be a thinly-veiled public riposte to the behind-the-scenes machinations this week dropped the surprise opinion during a media interview that Des Van Rooyen had been “the best qualified Minister of Finance I have ever appointed” and that he was a “comrade, MK for that matter”.

There are also unconfirmed reports that Gordhan had informed the ANC caucus this week that either he or Moyane “had to go”.

Mantashe’s statement today has drawn a clear line in the sand signaling that the political pendulum has swung in Gordhan’s direction. DM