SONA 2016 debate: Naughty corners, points of order and some stats – just another day in the House 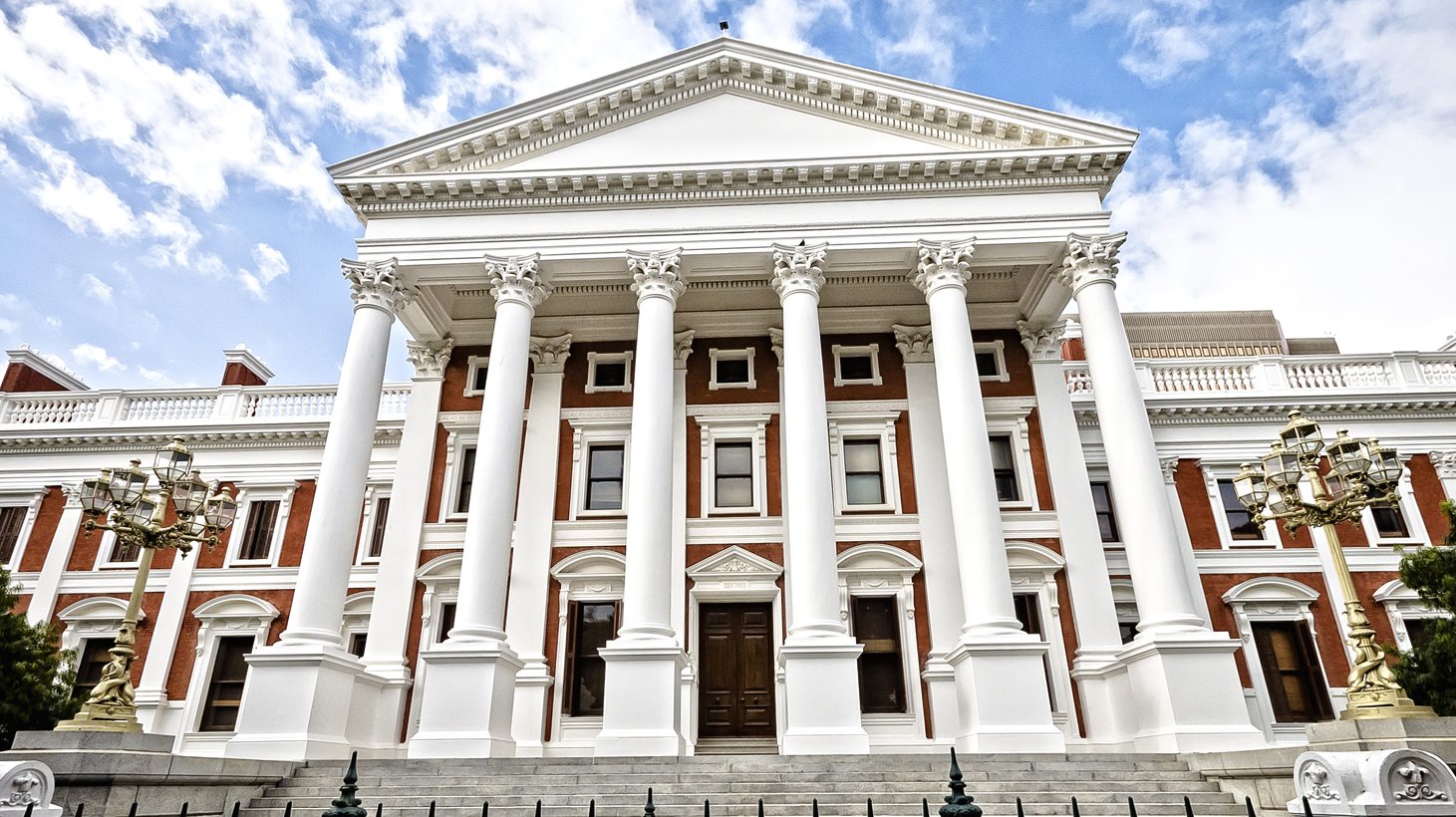 The governing ANC brought out its economic ministers to showcase government delivery on Day Two of the parliamentary debate on the presidential State of the Nation Address (SONA) of last week. But Wednesday’s attempt to talk directly to South Africans watching the debate live was fraught by rapid-fire points of order, allegations of bias by presiding officers and un-parliamentary language. By MARIANNE MERTEN.

The Economic Freedom Fighters, who are usually blamed for disruptions, were not even in the House. They didn’t return after having walked out on Day One on Tuesday after EFF leader Julius Malema’s parting shot on the presidency of Jacob Zuma: “uMshini wam (Bring me my machine gun). Nkandla. Guptas – Bye-bye”.

Instead DA chief whip John Steenhuisen was told to leave for telling presiding officer Raseriti Tau, the deputy of the National Council of Provinces (NCOP), he was talking “rubbish” in one of his rulings. Tau took it personally.

“I find it quite insulting (to be told) I am talking rubbish”. But Steenhuisen had found his groove. “I won’t withdraw it because you are talking rubbish… I’m happy to leave.” And so he did, just as it seemed the whole DA caucus would be ordered out.

The 30-minute disruption started with Tau’s ruling out of order Cope president Mosiuoa Lekota saying the House was divided into “factions”: one supporting (biased) presiding officers, the other supporting the Constitution. Tau’s proposal that political party whips urgently meet over these tensions was roundly rejected by opposition parties. United Democratic Movement (UDM) chief whip Nqabayomzi Kwankwa pointed out: “There are no meetings when the EFF is asked to leave the House”.

But Steenhuisen quickly backed down and apologised in writing in terms of joint rule 14I. The presiding officers accepted the expression of regret and the DA chief whip returned. National Assembly deputy speaker Lechesa Tsenoli made the announcement after a 15-minute “comfort break”, adding the other matters were still receiving attention.

That would include the “voetsek” from the ANC benches. Deputy Higher Education Minister Mduduzi Manana was identified from the opposition benches after Tau said he had not heard the comment. When asked directly if he uttered the word, Manana said: “I couldn’t have said such. But you can check that,” in reference to Hansard, the transcript of parliamentary sittings.

It all started strongly for the ANC economic ministers, whose scheduled media briefing before Wednesday’s SONA debate was postponed minutes before its 9am start.

Economic Development Minister Ebrahim Patel addressed his speech to the South Africans watching the debate, saying 712,000 jobs were created in the past year. In addition, government invested R290 billion or more than R1bn a working day to support over 200,000 employed in public works programme. Other deliveries included 160 new schools, one hospital, about 100,000 new homes, 265,000 new electricity connections and the repair of 24,000 kms of roads.

“That is delivery,” Patel said, underscoring the need for a social compact for everyone to work together. “We will not succumb to a narrative of anger, despair and blame.”

Patel announced that cabinet agreed on 20 infrastructure projects, including the Western Cape’s Clanwilliam Dam expansion and the uMzimvubu Dam in the Eastern Cape, alongside the expansion of the Wild Coast highway, the N2 between East London and Durban.

However, these projects are not exactly new. In late 2010 then transport minister S’bu Ndebele faced public outcry over plans to expand and toll that section of coastal highway. Plans to expand the Clanwilliam Dam first surfaced about a decade ago during the Thabo Mbeki presidency. The uMzimvubu Dam first featured in SONA in 2012.

“In the former Transkei part of the Eastern Cape, we are committed to building a dam using the uMzimvubu River as the source, in order to expand agricultural production,” Zuma said then. In SONA2013, the dam featured again as “critical for rural development”, as it did in the subsequent two years.

Given the tough economic times – a deep drought expected to push up food prices, a weak rand, billowing state debt and economic growth cut down to 0.9 percent – the ministers’ message was all shoulders to the wheel.

Energy Minister Tina Joemat-Pettersson’s SONA speech was dedicated to renewable energy: “This is your legacy, honourable president”, she said repeatedly. Touting tens of billions of rand invested in renewable energy projects and independent power producers, she attempted to re-write the narrative of the Zuma presidency’s legacy which had been widely linked to the controversial nuclear build estimated by many to cost up to one trillion rand.

This stood in contrast to her energetic push for nuclear build on various public platforms over the past year. She repeatedly told Parliament’s energy committee a nuclear build programme strategic partner would be in place by the end of the 2015/16 financial year, ending on March 31, 2016.

But on Wednesday, nuclear featured in just a few sentences: “We have to do nuclear because there is not sufficient fresh water” and renewable energy could not provide baseload. Koeberg, Africa’s only nuclear reactor, used seawater, not scarce fresh water and gave the DA-run Cape Town 80% of its electricity. “I consider doing it (switching off Koeberg) for just one day. Cape Town will be daaark, very, very daaark,” she said.

But her delivery differed from the script which re-emphasised South Africa’s commitment to procure 9,600MW of nuclear power. “Cabinet has approved a procurement process which will begin this year. Going forward in this financial year 2016/17, we will finalise an affordable funding model,” read Joemat-Petterson’s scripted speech.

It wasn’t quite matters nuclear DA MP David Maynier had in mind though. “President Jacob Zuma pressed the red button and dropped what amounted to a nuclear bomb on the economy in South Africa,” he said to heckles from the ANC benches. “The decision to fire the Minister of Finance Nhlanhla Nene turned an economic downturn into an economic crisis, and unleashed a firestorm, which destroyed investor confidence in South Africa.”

The House may have settled down after the Steenhuisen-Tau stand-off, but the five-hour debate nevertheless featured the usual volleys of party politicking. Water and Sanitation Minister Nomvula Mokonyane had to withdraw her comment about the DA in the Western Cape – “top performers, my voet (foot)” – but later sneaked in a “bullshit” and called an opposition MP “ou verkrampte”(old conservative, usually associated with the apartheid NNP). “If you are not with us, you are against us,” Mokonyane ended her SONA contribution.

Earlier, deputy minister in the presidency, Buti Manamela got to tell the opposition to “taste the Ses’khona product coming out of their mouths” tensions had settled, and there was no come back from anyone on this reference to the porta-potty poo protesters. And Joemat-Pettersson called the absent EFF “delinquents” and, without naming Malema, warned no-one should listen to “that drunken uncle” every family had.

It’s all eyes on Zuma to see whether he rebounds from the hammering by opposition parties when he delivers his reply on Thursday afternoon. The ground was laid by Science and Technology Minister Naledi Pandor, a senior ANC leader, who closed Wednesday’s debate. Tackling DA leader Mmusi Maimane’s “Planet Zuma” comments, she said the DA lived on “a planet of their own making” where its leader concocted the fairy tale of leading one day.