Buthelezi: Out from the cold and back in the fold? 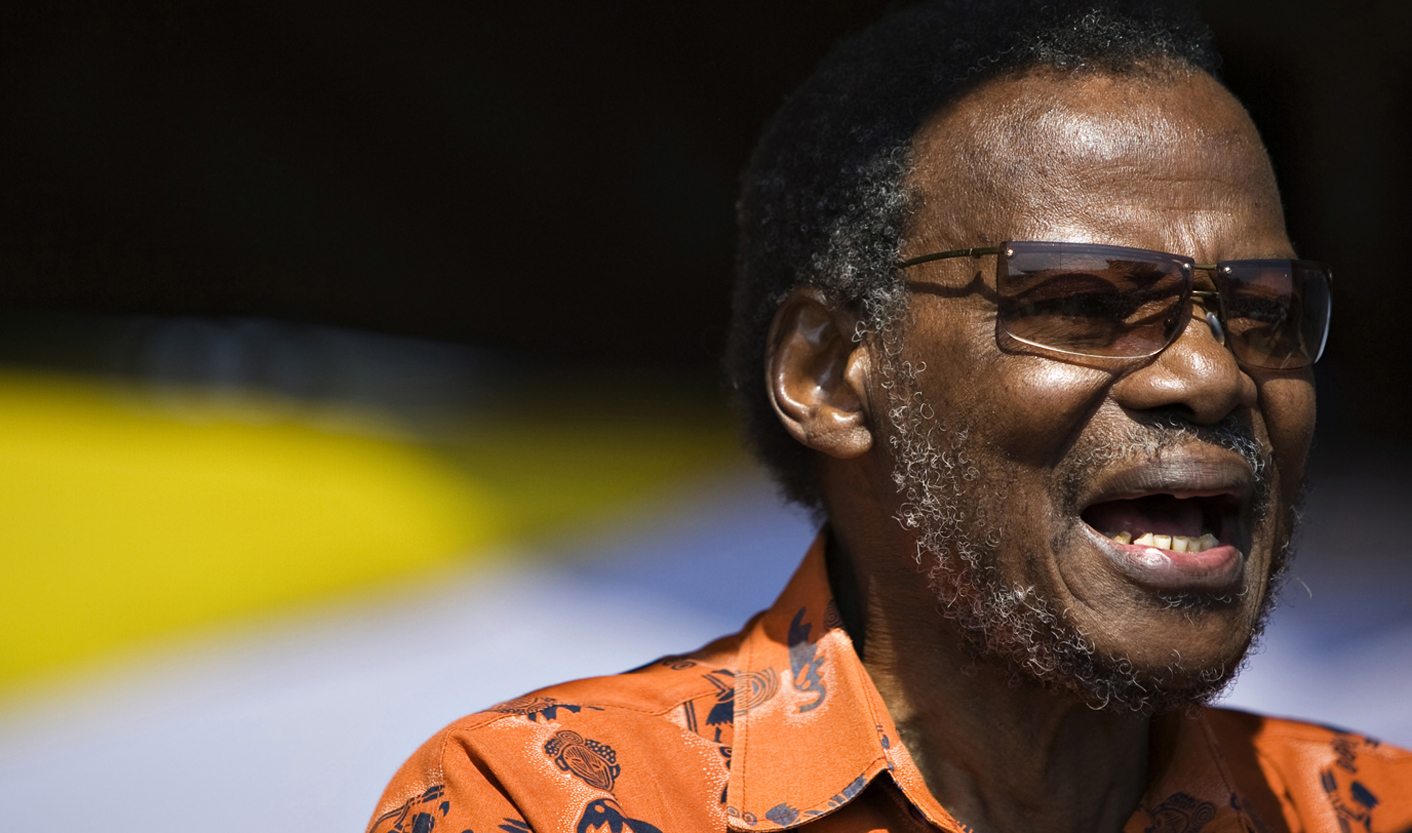 Once reviled as a “traitor and a snake that have to be killed”, Inkatha Freedom Party leader Mangosuthu Buthelezi appears to have finally worked his way back into the warm embrace of the ANC as an elder statesman whose wise counsel is heeded. By CYRIL MADLALA.

Amid the chaos and brazen disrespect for President Jacob Zuma by opposition parties, Mangosuthu Buthelezi has increasingly emerged as a voice of reason in Parliament. Measured in his rebuke of Zuma for failures, he has similarly been generous in acknowledging good work.

These days ANC speakers in Parliament defer to him when he cautions and offers advice.

Early this month it was he who delivered the memorial lecture on Prof ZK Matthews on the centenary anniversary of the University of Fort Hare. Prof Matthews is a legendary figure of the struggle for liberation in South Africa and one of the ANC’s most revered heroes.

The significance of bestowing the honour of delivering this lecture was not lost on Buthelezi and those who have been observing how comfortably he lives side by side with the ANC these days.

Indeed, over the years, his claims to have been an ANC activist in his student days were met with derision by critics who felt that he was trying to score cheap political points by associating himself with ANC luminaries such as the Matthews, Mandela and Luthuli families, among others.

This was despite the fact that Prof Matthews’ son, Joe, who was also to become an ANC leader in his own right, was Buthelezi’s friend from their university days. He later joined the IFP, which he represented in the first democratic Parliament in 1994.

In the last few years senior ANC leaders have openly endorsed Buthelezi’s role in the fight against apartheid.

Participating in the IFP’s 40th anniversary celebrations in June last year, the former President of South Africa and former deputy president of the ANC, Kgalema Motlanthe, put the ANC’s relationship with the IFP into perspective when he traced the evolution of the IFP.

“Prince Mangosuthu Buthelezi himself has been a notably visible presence in this history, with his towering individuality part of the core of the totality of South Africa’s journey to reinvention from the racial domination to a free, just and democratic society.

“This history of struggle culminated in the 1994 democratic breakthrough, a moment that redefined the common, indissoluble future of our country.

“Since the formation of the then Inkatha National Cultural Liberation Movement in 1975 to help advance the political interests of the oppressed people of South Africa, history has indeed never been the same in South Africa.

“In this regard, it should be noted for the purposes of historiography that the Inkatha National Cultural Liberation Movement was formed with the inspiration and encouragement of the African National Congress.

“It was understood within the ranks of the ANC, including its highest reaches of leadership in exile and at home that the Inkatha Cultural Movement would serve as a liberation front, advancing the cause of the struggle.

“Some even saw it as the ANC in another guise. Whatever the perspective, it was clear that the formation of this cultural movement would broaden the struggle front, strengthening the side of the forces of liberation.

“As a matter of fact some founding members of the Inkatha ye Nkululeko ye Sizwe at the time were also former members of the ANC or at least sympathetic to its cause, here I remember people like Bishop Alpheus Zulu as well as former Robben Island prisoner Joshua Zulu”.

He went on to add:

“Yes, while it is true that tactical differences did emerge between Inkatha and the ANC, specifically around economic sanctions and the armed struggle — which led to great deal of loss of life — we are glad to note, with hindsight, that, that, as they say, is history. Things have changed; we have moved on and that which set us apart has disappeared like a morning mist.

“In this regard, our specific points of difference no longer exist because the choices to which they applied do no longer exist; nor will they ever exist again quite the same way.”

“Fortunately he is still among us. He is still here as a voice of reason that rises from time to time and reminds us who we are,” Mbete observed.

Even Parliament’s enfant terrible, Economic Freedom Fighters leader Julius Malema has found it within himself to apologise to Buthelezi for some of his utterances when he was still leader of the African National Congress Youth League. He told a media conference in Durban in January two years ago that the apology was for “unfortunate remarks that were made at the time”.

While he did not elaborate on those remarks, Buthelezi told the media that: “The things Malema said were very trivial compared to the vilification campaign the ANC has conducted against me both here and abroad for several decades. As I have already stated, Malema admitted that he, like many other young people, had been force-fed misinformation about Buthelezi and the IFP.”

But what are the implications of all this cosying up between the ANC and Buthelezi? Is he ready to return to his ANC home? Are we about to witness a political alignment that would change the face of politics in KwaZulu-Natal?

The answer is, not at this stage, for several reasons.

Firstly, Buthelezi honestly believes that his party can recapture its former glory in KwaZulu-Natal. He blames the devastating mass defection of his party members to the breakaway National Freedom Party, not on his leadership shortcomings, but on underhand methods used by the ANC in KwaZulu-Natal in their efforts to destroy his party.

As the NFP continues to struggle to survive in the absence of indisposed leader Zanele KaMagwaza-Msibi, Buthelezi sees a real opportunity ahead of the coming local government elections to restore the IFP to its former glory. In other words, he does not regard the IFP as a spent force.

Secondly, while he might enjoy being accorded this kind of respect now in Parliament, he is not likely to mistake that for genuine affection for him, particularly by the ANC.

He would be acutely well aware of the ANC’s deft hand at massaging an ego while stringing a political opponent along. This is what he thinks was done to “mislead” KaMagwaza-Msibi to dump him and his party.

Thirdly, Buthelezi comes from a tradition that treasures respect for elders and for office: He ought to be accorded respect in Parliament because he is an elder; Zuma must be accorded respect because he occupies the highest office in the land. In other words, that is just the way it ought to be. Nothing more and nothing less should be read into how the ANC relates to him, or how he relates to the ANC, in Parliament these days.

A smooth build-up to the local government elections, as well as undisputed outcomes will indicate if indeed, bygones are now truly bygones between Buthelezi and the ANC. DM

Photo: Inkatha Freedom Party leader Mangosuthu Buthelezi speaks at a final election rally at the township of Thokoza on the outskirts of Johannesburg, April 18, 2009. REUTERS/Finbarr O’Reilly.