Does Zimbabwe have a heavyweight opposition again? 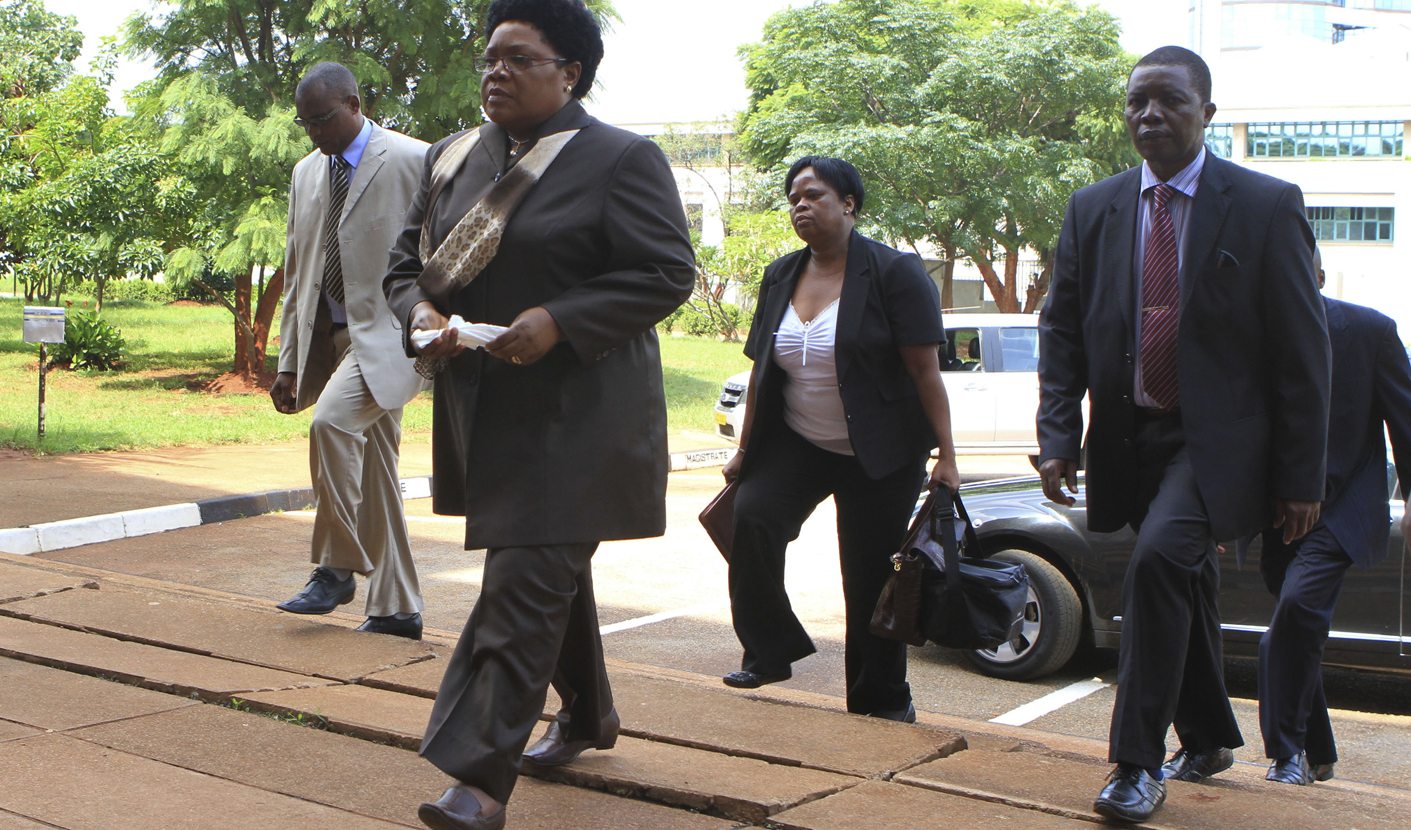 It’s been coming for a long time, but finally it’s official: Joice Mujuru will form a new party. The former vice-president is promising that her Zimbabwe People First will offer a serious challenge to Robert Mugabe’s Zanu-PF in the next election. Is she right? By SIMON ALLISON.

It wasn’t so long ago – December 2014 – that Joice Mujuru was First Vice-President of Zimbabwe. As a stalwart of the ruling party, and leader of an influential faction, she was close to President Robert Mugabe, and a favourite to succeed him.

Then it all fell apart. With Mugabe wary of her growing support base, Mujuru was slowly forced out, with Mugabe’s wife Grace leading the attack. Accused of everything from plotting regime change to colluding with the enemy, she was removed from office and expelled from the party. After decades in the front lines, Mujuru suddenly found herself consigned to the wilderness.

Zimbabwe People First (ZPF) is her attempt to escape that wilderness. The new party, which was officially announced on Wednesday, will compete in the 2018 elections. “We are People First. We don’t lead the people, but people lead themselves,” Mujuru told AFP.

The party’s name is probably less important than its acronym. ZPF consciously echoes Zanu-PF, the acronym of the ruling party. This sends a clear message that -unlike other opposition parties – this is a political movement with its roots in Zanu-PF, one that can and will lay claim to the ruling party’s struggle credentials and governance record.

In a telephone interview, senior party official Didymus Mutasa – a former cabinet minister who was kicked out of Zanu-PF at the same time as Mujuru – told the Daily Maverick that ZPF is a force to be reckoned with.

“I think it is going to be a very serious political force. Mujuru will attract almost every person from different walks of Zimbabwean life. She has been a vice-president of this country for ten good years. She has done nothing wrong in the eyes of many people. I know people in the defence forces, people in the police, people in the Central Intelligence Office who will be very willing to see her leading Zimbabwe,” said Mutasa.

While it is true that Mujuru was a very popular vice-president, it’s unclear whether this can translate into electoral success. Long time Zimbabwe-watchers recall the example of Simba Makoni, another Zanu-PF stalwart who started his own party to challenge Mugabe. But although Makoni received plenty of attention, he bombed at the polls in 2008, receiving just 8.3 percent of the vote.

“There’s anecdotal evidence to suggest that there are a number of people within state and party structures which are sympathetic to Mujuru, but no one really knows,” said Piers Pigou, southern Africa director for International Crisis Group. “The big question is whether the new party is going to really engage on the electoral playing field, in a context where adequate electoral reforms have not been made. Do you play the game in which Zanu-PF holds all the cards?”

Zimbabwe could use an effective opposition. The Movement for Democratic Change, which has come closest to unseating Zanu-PF – most observers argue that they should have won the election in 2008 – is a shadow of its former self, riven by faction-fighting and personal scandals. It is still far too early to tell whether the ZPF will be able to assume the MDC’s mantle, or even whether traditional opposition supporters will trust Mujuru, given her Zanu-PF history.

Meanwhile, the infighting within Zanu-PF has been intensifying. On Friday, President Mugabe’s wife Grace launched a blistering verbal attack on current Vice-President Emmerson Mnangagwa, who leads a major party faction known as Team Lacoste. Grace Mugabe is the de facto leader of the other major faction, known as G40, and both are thought to be jostling to succeed President Mugabe, who isn’t getting any younger.

Although Grace Mugabe didn’t reference Mnangagwa by name, the target of her remarks, at a rally in Mashonaland Central, was unmistakeable: “Those who say Mugabe is old and therefore must relinquish power are not young themselves…Some people have overstayed their welcome. We will expose these plotters at the next rally, watch this space,” she said.

Pigou argues that these political dramas only serve to mask Zimbabwe’s real problems. “The circus going on while country is bleeding,” he said. He’s got a point. The country’s economy is teetering, but the tit-for-tat between senior leadership is jeopardising ambitious plans to repay debt and open new lines of credit. The El Nino-inspired drought has hit farmers hard, with the country staring at 15-18 months of severe food insecurity. And record-low water levels in Kariba Dam mean that some neighbourhoods are going without electricity for up to 20 hours a day.

It’s a bleak picture. And even with the best of intentions, Mujuru’s new party is unlikely to improve the situation anytime soon. DM

Photo: Then Zimbabwe’s Vice President Joyce Mujuru enters the Harare Magistrates court during the inquest of the her husband liberation leader General Solomon Mujuru, who died August 2011 in a fire his farm house in Beatrice, about 50km south of the capital Harare, February 3, 2012. REUTERS/Philimon Bulawayo.