Bua Mzansi: Preparing for the next Public Protector 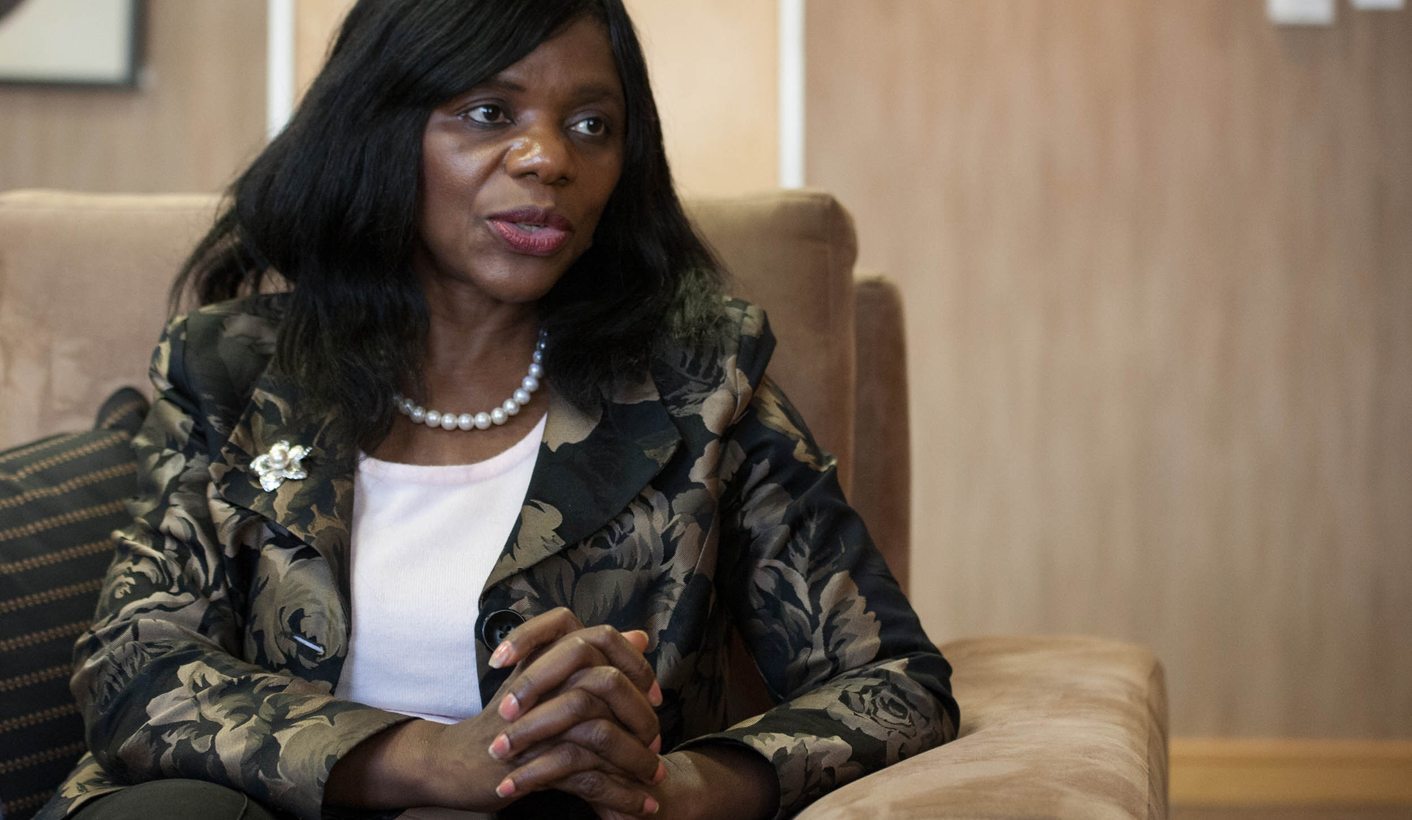 The Constitutional Court case on Thuli Madonsela's remedial action regarding the upgrades at President Zuma's Nkandla home will be a key moment in Madonsela's career and the future role of her office. But this October, the Public Protector will finish her term. Corruption Watch is preparing the public to engage on her successor. By GREG NICOLSON.

In 2009, after cutting 49 nominations to a shortlist of eight, the Ad Hoc Committee to Nominate a Person for Appointment as Public Protector recommended one name, with unanimous support across political parties: Thulisile Nomkhosi Madonsela.

Since she took over from Lawrence Mushwana, Madonsela has emphasised the importance of investigations affecting the average citizen. But she is known best for her high-profile corruption investigations, leading to the retirement or dismissal of at least two ministers, a police commissioner, and an Independent Electoral Commission chair.

In October, her seven-year, non-renewable term will come to an end. On Monday at Constitutional Hill, Corruption Watch launched ‘Bua Mzansi’ to promote public participation and transparency in the appointment of the next Public Protector. The non-profit organisation says the institution must remain a cornerstone of democracy.

“The Public Protector plays a critical role in the fight against corruption in South Africa and this crucial position is therefore open to the danger of political interference and vulnerable to executive influence,” said Corruption Watch on Monday.

In the run-up to the nominations, Bua Mzansi will host roadshow events across the country. Corruption Watch’s Kavisha Pillay said the programme will depend on funding but they hope to visit at least four provinces. There they will provide information on the Public Protector nomination process, which is open to the public, and allow people to vote for their candidate in an electronic voting booth. Bua Mzansi is also developing a mobile phone crowd-voting application aiming to influence the process.

Before Madonsela’s term expires, the National Assembly will need to appoint a committee to encourage and consider nominations for the next Public Protector. Candidates need to either be a judge of the high court, have at least 10 years’ experience as an advocate or in administrative justice, or have been in Parliament for at least 10 years. Lewis said they want Parliament to broadcast the interviews live. After interviews, the committee will make a recommendation to the National Assembly, and then the candidate requires a minimum of 60 percent support from members of Parliament to be considered by the president.

“Bua Mzansi aims to ensure that every step of the appointment process takes place in the public spotlight to safeguard the independence and integrity of the Office of the Public Protector and that public voice is influential in making the appointment of the leader of an institution precisely charged with protecting and advancing the interests of the public,” the organisation continued.

Lewis said he hopes the campaign leads to reflection on appointments at other state institutions, as the SA Human Rights Commission, the Constitutional Court and the Supreme Court of Appeal all have key openings in 2016. “It’s interesting to reflect on how many of our woes, how many of our corruption stories start with inappropriate appointments,” said Lewis.

Madonsela has faced scathing criticism from members of the ANC and the Alliance who have claimed she is biased against the party. It has led to fear that the president could appoint either a less independent or unsuitable Public Protector in October. Zuma faces criticism for making a number of appointments to state institutions that have been later withdrawn or found unsuitable.

Lewis said the campaign isn’t built on the idea that the executive won’t appoint a suitable candidate, but he said there’s no doubt Madonsela has at times been viewed with contempt and officials will be thinking hard about her replacement.

“Yes, this is clearly a person who has irritated the executive immensely and I have no doubt that it will be thinking long and hard about who they should appoint for this position and I think the public should be thinking equally long and hard,” said Lewis.

“For past Public Protectors they have had to call for nominations several times because there weren’t enough nominees. I think that’s going to be different this time,” Lewis added.

Moloto Mathapo, spokesperson for the office of the ANC chief whip, on Monday said he cannot understand why Corruption Watch, who claims to respect the Public Protector, is talking about finding Madonsela’s replacement when the official process is far from starting.

The Democratic Alliance doesn’t agree. “It can do no harm,” DA shadow justice minister Glynnis Breytenbach said of the campaign. “The office of the Public Protector is vital for the constitutional democracy.” Noting past ANC appointments, Breytenbach said the DA will monitor the process and push for a fit and proper appointee who is not politically aligned.

Before the committee, National Assembly and president consider Madonsela’s successor, a defining moment for her and the institution comes as the Constitutional Court on Tuesday hears arguments over the ‘Secure in Comfort’ report on the upgrades to Zuma’s private home. Corruption Watch has joined the case as friends of the court as the Economic Freedom Fighters, joined by the Public Protector, and the DA, will argue that the president and Parliament undermined Madonsela’s recommended remedial action.

Almost seven years after she took the job, Madonsela has already proved the power of the Public Protector under a determined leader. This case will be a key chapter in her legacy and, crucially, will determine how her successor’s findings are implemented. DM