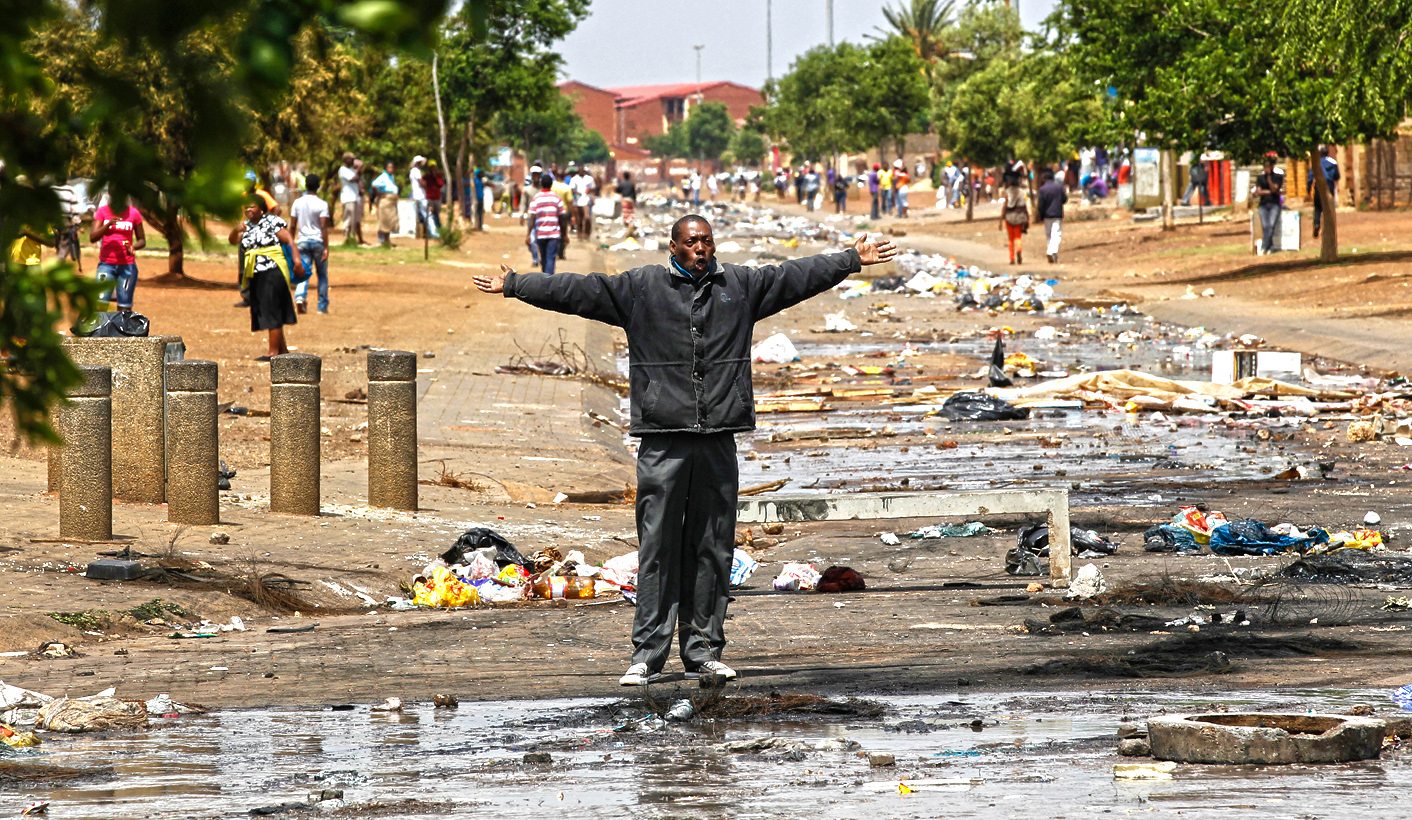 According to the latest Afrobarometer survey, six out of ten South Africans are ready to forego elections in favour of guaranteed basic services. There is also a decline in trusting the country’s democracy. The drop in satisfaction with South Africa’s democracy is twinned with an all-time-low trust and approval rating of President Jacob Zuma. By MARIANNE MERTEN.

The Afrobarometer, which was released on Tuesday, reports that just 47% of South Africans believe that the country is a full democracy or one with minor problems. This is a 19% drop since 2011, when the last public attitude survey was conducted.

The findings based on data collected between August and September 2015 come as South Africa prepares for a local government election later this year. This municipal poll takes place against increasing numbers of community service delivery protests. According to the SAPS 2014/15 annual report noted an increase in numbers to 14,470 protests, of which 12,451 were peaceful.

The latest Afrobarometer findings not only show fewer South Africans prefer democracy – 64% in 2015 compared to 72% in 2011 – but also greater dissatisfaction with the performance of the current democracy.

Among those most positive about South Africa being a full democracy, or one with minor problems, were rural residents (59%) and black South Africans (52%). This view was shared by only 49% of young South Africans aged between 18 to 29, or those born either just before or after the 1994 transition to democracy.

Among those without a formal education, only 36% said South Africa is a full democracy or one with minor problems.

Most pessimistic are white South Africans, among whom only 28% regard the country’s democracy as a full one or one with minor problems.

“Although public disapproval of alternative political systems is high, outright support for democracy has declined since 2011 and a majority of citizens would be willing to give up elections in favour of a non-elected government that would provide basic services,” Afrobarometer said in a statement.

Alternate systems like one-party rule, one-person rule (the president decides everything) and military rule were roundly rejected, although there appears to be more tolerance for military rule, which was rejected by 67%, compared to 80% rejection of one-person rule.

The drop in satisfaction with South Africa’s democracy follows the sharp decline to an all-time low of trust and approval of President Jacob Zuma who on Thursday 11th delivers his next State of the Nation Address (SONA).

Those findings, based on the same data collected last year and released in late November 2015, showed public distrust in Zuma stood at 66%, compared to 37% in 2011. Disapproval of his performance stood at 62%, compared to 34% in 2011. The findings also indicated that about half of self-identified ANC supporters said they distrusted Zuma, also the party’s president.

The Afrobarometer survey said the recent survey results “suggest that increasing dissatisfaction with South Africa’s current leadership has spilled over into waning support for democracy itself”.

Already voter turn-out patterns highlight the trend that despite increased voter registration, the number of South Africans actually bothering to make a cross on the ballot paper has not risen similarly. Electoral Commission of South Africa (IEC) statistics show that while in 1999, 18 million voting-age South Africans were registered, 16.2 million actually voted. Ten years later, there were 23.1 million registered voters, or well over five million more, but just over 1.7 million votes, a total of 17.9 million, were cast. In the May 2014 elections, 25.3 million would-be-voters were registered, and 18.4 million cast ballots.

This, along with Afrobarometer’s findings that a majority of South Africans would be willing to give up elections for guaranteed basic services, poses serious questions for the upcoming local government elections – and South Africa’s constitutional democracy. DM

* The Afrobarometer findings arise from data collected during August and September 2015 as part of regular public attitude polls on governance and democracy since 2000. It is based on face-to-face interviews with 2,400 adult South Africans, representative of the country’s population in their language of choice.

Photo: A man gestures to the police (not in picture) during violent service delivery protests in Bekkersdal, west of Johannesburg October 25, 2013. REUTERS/Siphiwe Sibeko