Pope Francis reaches out to China 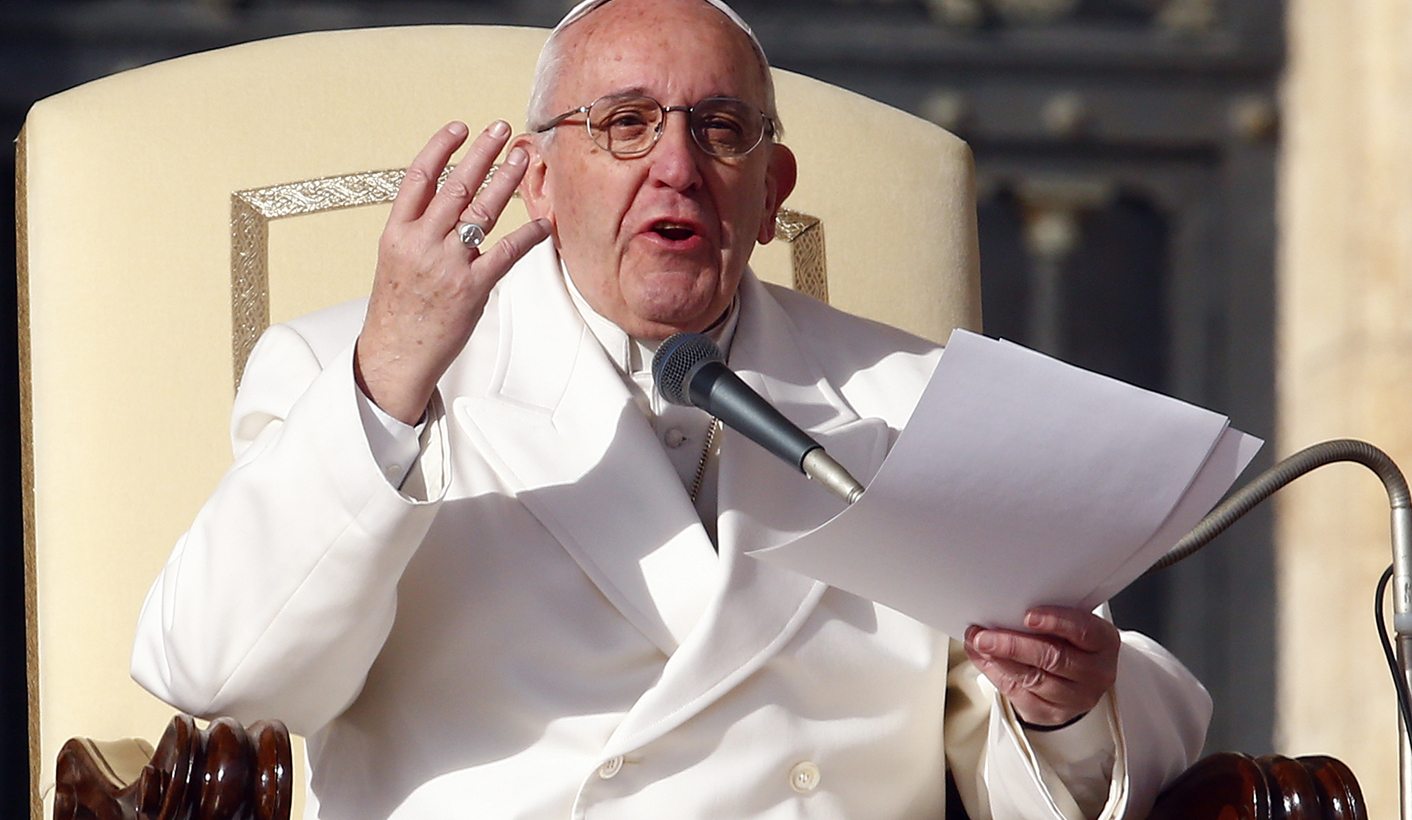 It’s no secret that Rome has been reaching out to Beijing. Francis has already got Cuba and the United States talking to each other. He has established himself as a man who wants to enter into dialogue – inside and outside the Church. China is a “great country,” the world should not “fear” China’s growing power, and the “true balance of peace is realized through dialogue,” Pope Francis said in an exclusive interview published on Tuesday in the Asian Times. By RUSSELL POLLITT.

The Pontiff said: “For me China has always been a reference point of greatness. More than a country, a great culture, with an inexhaustible wisdom.” This interview is another sign that the Pope, and the Vatican, are working to normalise diplomatic relations with China. But not everyone will be comfortable with his latest outreach and some may think that the Pope was too soft – especially Chinese Christians themselves.

During the hour-long interview Francis said, “dialogue does not mean that you end up with a compromise, half the cake for you and the other half for me.” He went on to say that dialogue does not mean that people necessarily agree, but it does mean that we can “walk together” and “build.” He said that there is no other way except the way of dialogue: “We must find the way, always through dialogue, there is no other way.”

The Pope said “We must not fear challenges of any kind, since everyone, male and female, has within them the capacity to find ways of co-existing, of respect and mutual admiration.” He said that fear was never a good counsellor. He went on to say that Chinese culture has much wisdom to offer – as well as technical knowledge and he alluded to the age-old medicinal techniques of the Chinese.

The Pontiff believes that people and cultures naturally communicate, but when this happens in an aggressive tone people tend to defend themselves and that’s when wars result. It’s a “great challenge to keep the balance of peace” between China and the rest of the world, Francis said. He said that China makes an “increasingly rich contribution” and that “it is necessary to accept the challenge to run the risk of balancing this exchange for peace.” He went on to say that true peace is realised through dialogue.

On his way back to Rome after his trip to the USA last year, Pope Francis told reporters that he would love to go to China, “I love the Chinese people.” This may be ambitious and if he gets this right he would be the first pope to visit mainland China. Francis spoke, in the interview, about his fascination with China from a young age. He said that he has great respect for the Chinese and that when he first crossed China – in an aircraft – he felt “very emotional, something that doesn’t usually happen to me. I was moved to be flying over this great richness of culture and wisdom.”

Asked about the one child policy of China, Francis was careful not to mention or criticise the government. The interviewer, Italian journalist Francesco Sisci, made it clear that he did not want to ask the Pope questions about “religious and political issues.” In response to the one child policy Francis said that there are ageing populations in many parts of the world and seeing children playing on the streets of Africa – on his recent visit – was a pleasure. “The problem for China of not having children must be painful; because the pyramid is then inverted and a child has to bear the burden of his father, mother, grandfather and grandmother. And this is exhausting, demanding and disorientating. It is not the natural way. I understand that China has opened possibilities on this front,” the Pope said.

Francis said that the history of a people is always a path. “A people at times walks more quickly, at times more slowly, at times it pauses, at times it makes a mistake and goes backwards a little, or takes the wrong path and has to retrace its steps to follow the right way.” He went on to say that he believed that China was moving forward, “this is their greatness. It walks, like all populations, through lights and shadows.” He said that the fact of not having children creates a complexity but that China now has to take responsibility – like all peoples – for their path. He said that many factors are at play when it comes to not having children – like worries about what is happening in society and the world. He added that selfishness was also part of the reason. The Pope said that it is important not to be bitter but, rather, “be at peace with your own path, even if you have made mistakes.” He said that being reconciled with your history shows maturity and much growth.

At the end of the interview Pope Francis offered his greetings for the Chinese New Year to President Xi Jinping and all the Chinese people. He told them never to lose their “historical awareness of being a great people with a great history and a great wisdom.” He also told them that they have much to offer the world. He urged them, as their new year begins, to move forward and cooperate with everyone in “caring for our common home and our common peoples.”

It’s quite clear that Francis’ (and the Vatican’s) strategy with China is to begin with respect and outreach. Potential flashpoints have been down played. This had been the diplomatic policy of the Church for a long time – reaching back to 1966 when Pope Paul VI sent a new year’s greeting to Chairman Mao without mentioning the Cultural Revolution. Rome knows that any direct challenge or pressure may have the opposite effect – things could get worse for religious minorities. Improvement, which is not guaranteed, may only come after long respectful engagement.

Within the Vatican itself opinion is split. One group, led by the Secretary of State, Cardinal Pietro Parolin, believes that the Vatican should show openness and flexibility to China. This, they would argue, will grant more freedom to Chinese Catholics. Another group is critical of this approach, claiming that there has been no indication from the Chinese regime that things have shifted.

The Vatican severed ties with Beijing in 1951 after the Communist Revolution. They remain divided over a number of issues including China’s one child family policy and the Vatican’s independence to appoint local bishops.

Chinese Christians might not feel very hopeful about this interview. ChinaAid (a non-profit Christian human rights organisation) says that more than 1,000 Protestants have been detained by the Chinese authorities for “unauthorised religious activities”. Many have been given long prison sentences.

The same happens to smaller religious groups like Catholics. Two Catholics bishops are still in prison – one for 19 and the other for 15 years. There are about 7 priests behind bars too. Many bishops (and clergy) are under surveillance and cannot speak or travel freely. Chinese Christians live with the daily threat of persecution. Many of them suffer for their faith.

While all this would most definitely be of concern to the Pope – who has referred to the Church’s “new martyrs” and argued that the suffering of different people in the Christian community is creating an “ecumenism of blood” – the only word he really used in the interview over and over again was “dialogue”. He did not address the fate of many persecuted Christians in China directly. He offered not a single word specifically to suffering Christians. They may well feel unsupported by the Church.

Despite his efforts, and that of the Vatican’s diplomatic machine, it will be interesting to see if there is any movement from within China. Pope Francis has made the first move, but he may well discover that dealing with China will be just as painstakingly slow and difficult as trying to reform the Catholic Church. Even if Francis gets invited to China a lot of water will still need to flow under the bridge. DM