From Our Archives: The assassination of Patrice Lumumba, the ghosts of history and the policing of remembrance 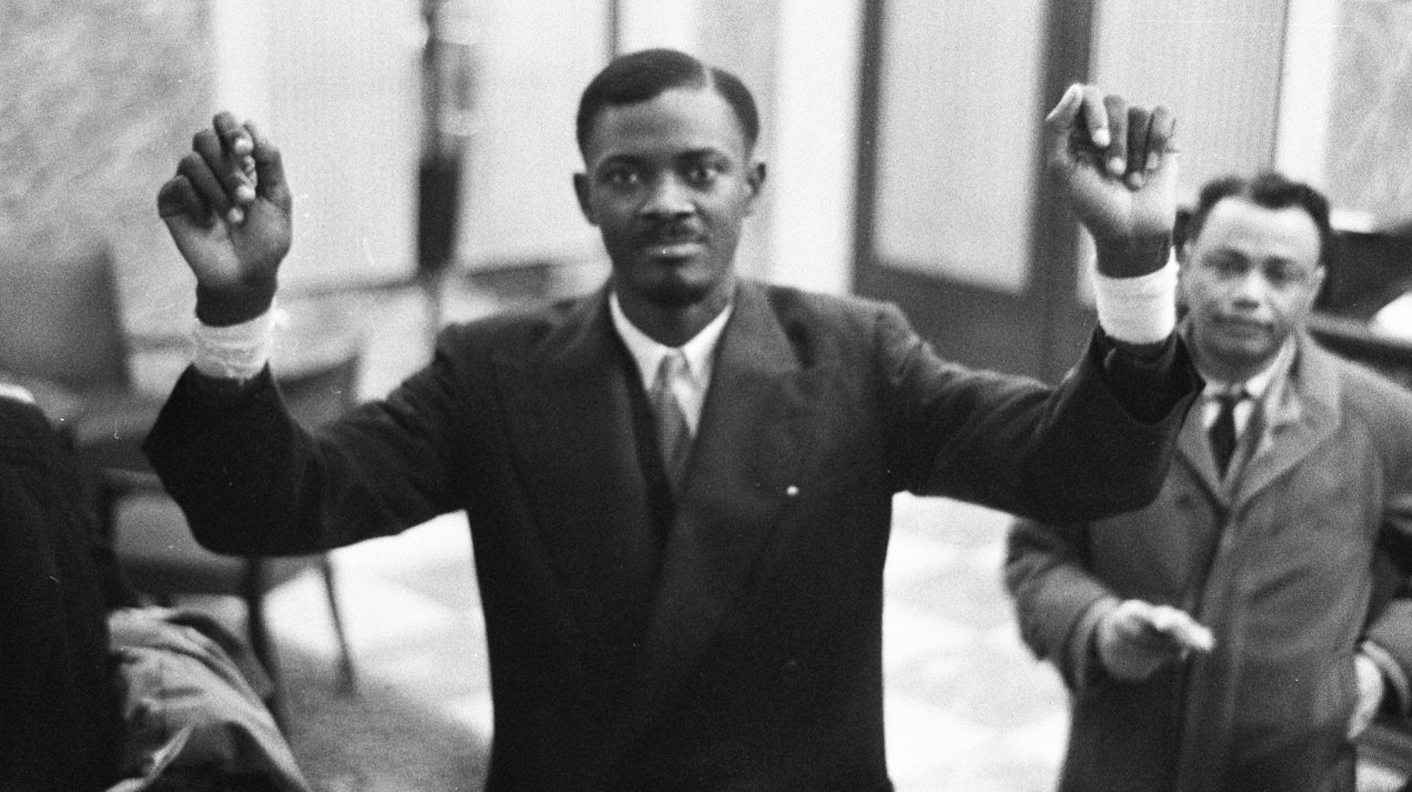 January 17 marked the 55th anniversary of the US- and Belgian-orchestrated assassination of Patrice Lumumba, the first democratically elected prime minister of the Democratic Republic of Congo. Lumumba's body was hacked to pieces and dissolved in sulphuric acid by two Belgian police officials. This week the Belgian magazine, Humo, published an interview with Godelieve Soete, daughter of Gerard Soete, one of the officials who disposed of Lumumba's body and during which she produced one of Lumumba's teeth that her late father had kept as a macabre souvenir. Now author Ludo De Witte, who in 1999 exposed the Western forces behind plot to murder Lumumba, has lodged a charge with Belgian police calling for Lumumba's mortal remains be returned to his family. The story reminds us that history never sleeps. By MARIANNE THAMM.

The West and particularly Western Europe is big on remembrance. Every year, on this genocidal continent, citizens and politicians pin little red poppies to their clothing in memory of the 38 million who died in “The Great War”. In solemn ceremonies politicians lean wreaths at ornate memorials across the continent in remembrance of the dead – “we must never forget” they urge citizens of the North.

The irony, of course, is that when those who are not European, those across the globe, in Africa, Asia and elsewhere and who once found themselves colonised and exploited by European powers seek to remember they are often told “it is all history now. Why dredge it all up? Why open the wounds? Just get on with it.”

January 17 marked the murder of Patrice Lumumba, the first democratically elected Prime Minister of the Democratic Republic of Congo, in 1961. After his election victory in 1960 and a rousing speech which “offended” the young King Baudouin who attended the swearing-in ceremony, Lumumba, with the complicity of Western intelligence and military, was arrested and tortured. The US and Belgium sought to undermine democracy in the region by supporting a secessionist movement in the mineral-rich province of Katanga. These forces also supported the rise of the dictator Joseph-Desiré Mobutu Sese Seko, who ruled for over 30 years after Lumumba’s removal, until he was deposed by an another Désiré, Laurent-Désiré Kabila.

The assassination of Lumumba led to a destabilisation of the region which still continues.

In 1999, Ludo De Witte, a sociologist, published “The Assassination of Lumumba”, an investigation into the toppling of Lumumba’s government and exposing, for the first time, those responsible for his arrest, assassination and the horrific attempt at covering up the crime. Lumumba and his allies, Maurice Mpolo and Joseph Okito, were executed by a firing squad in a forest in the Katanga region on the orders of Belgian officials aided and abetted by the CIA.

Later, in an attempt to wipe out all traces of the crime, Lumumba’s body was exhumed from a shallow grave by Belgian police commissioner, Gerard Soete and his brother. The bodies were hacked up and dissolved in sulphuric acid. What the two men could not dispose of this way they set alight. But Soete kept souvenirs of the cover-up: two of Lumumba’s teeth, one of his fingers as well as the bullets that ripped through his body.

De Witte’s exposé led to the establishment in 2001 in Belgium of a parliamentary commission, and while the Belgian government later apologised to Lumumba’s surviving family, little else has come of it.

This week the Belgian magazine Humo, published an interview with Godelieve Soete, one of the daughters of Gerard Soete, who died in 2000, who had claimed that he had disposed of his macabre “trophies” in the sea. However, during the interview his daughter presented the magazine’s photographer and reporters with a small box which contained a gold-wrapped molar that had been ripped from Lumumba’s jaw before his body was disposed of.

While the tooth was being photographed for the first time the journalists, Jan Antonissen en Hanne Van Tendeloo, asked Soete’s daughter whether seeing it affected her in any way.

“Mais non, ‘Ce n’e?tait quand-me?me pas un homme se?rieux,” she replied. (Loosely translated “But no, he was a man of no importance”).

While Godelieve remembers her father as a brutal disciplinarian and recounts the effect the gruesome task had had on his psyche and her family, there is little insight into the wide consequences not only of her father’s deeds but of the devastating Belgian colonial rule so vividly captured in Adam Hochschild’s best-selling “King Leopold’s Ghost: A Story of Greed, Terror and Heroism in Colonial Africa”.

Her disturbing lack of empathy and understanding and insistence that HER father and HER family were actually the victims, speaks volumes about the perverse mindset of those who have never had to face or account for their role in a brutal history.

“My father never received any recognition or thanks for the work he did,” Godelieve told Humo.

When the journalists ask who it was she expected should afford her father this “recognition”, Godelieve replies that after the 2001 parliamentary commission Belgium’s then Minister of Foreign Affairs, Louis Michel, had apologised to Lumumba’s family on behalf of the country.

“Why did the family of Lumumba receive an apology but we did not? They lost their brother and father but we also lost someone, my father. Why doesn’t Belgium apologise for the inhuman instruction they gave him?”

She said after De Witte’s exposure of the assassination in 1999 she wondered why her father had “reopened the wounds”.

“I thought why must we go over this again? And at his advanced age and with everything he had to experience? I thought it best that he spend the rest of his life left in peace.”

After the interview was published De Witte wrote that he had lodged a complaint on January 19 with police that Soete was harbouring human remains that should be returned immediately to Lumumba’s family.

“When I visited Soete at the end of 1999 in Brugge and asked him to return the teeth and the finger to Lumumba’s family he told me he had thrown them into the sea. I didn’t believe him. Soete was proud of his trophies like a hunter posing with shot game.”

This week De Witte said that Soete’s daughter had produced the one tooth for the Humo journalists to photograph but the question remained as to whether the other tooth and the finger too were hidden somewhere in the family home.

“On the night of 19 January I laid a charge with the police in Leuwen with regard to the harbouring of a body. In my statement I added it was important to take swift action to ensure that this evidence does not disappear. There are many detractors of Lumumba who would like to see that his remains are never found. It is important that the mortal remians of Patrice Lumumba are returned to his family so that a mourning period that has endured for 55 years can begin to find some sort of closure and so that the last resting place of this African icon can become a place of remembrance of a man who gave his life to bring real independence to his country and continent.” DM

Photo: Lumumba raises his arms, injured by shackles, after his release from prison in January 1960. (Wikimedia Commons)