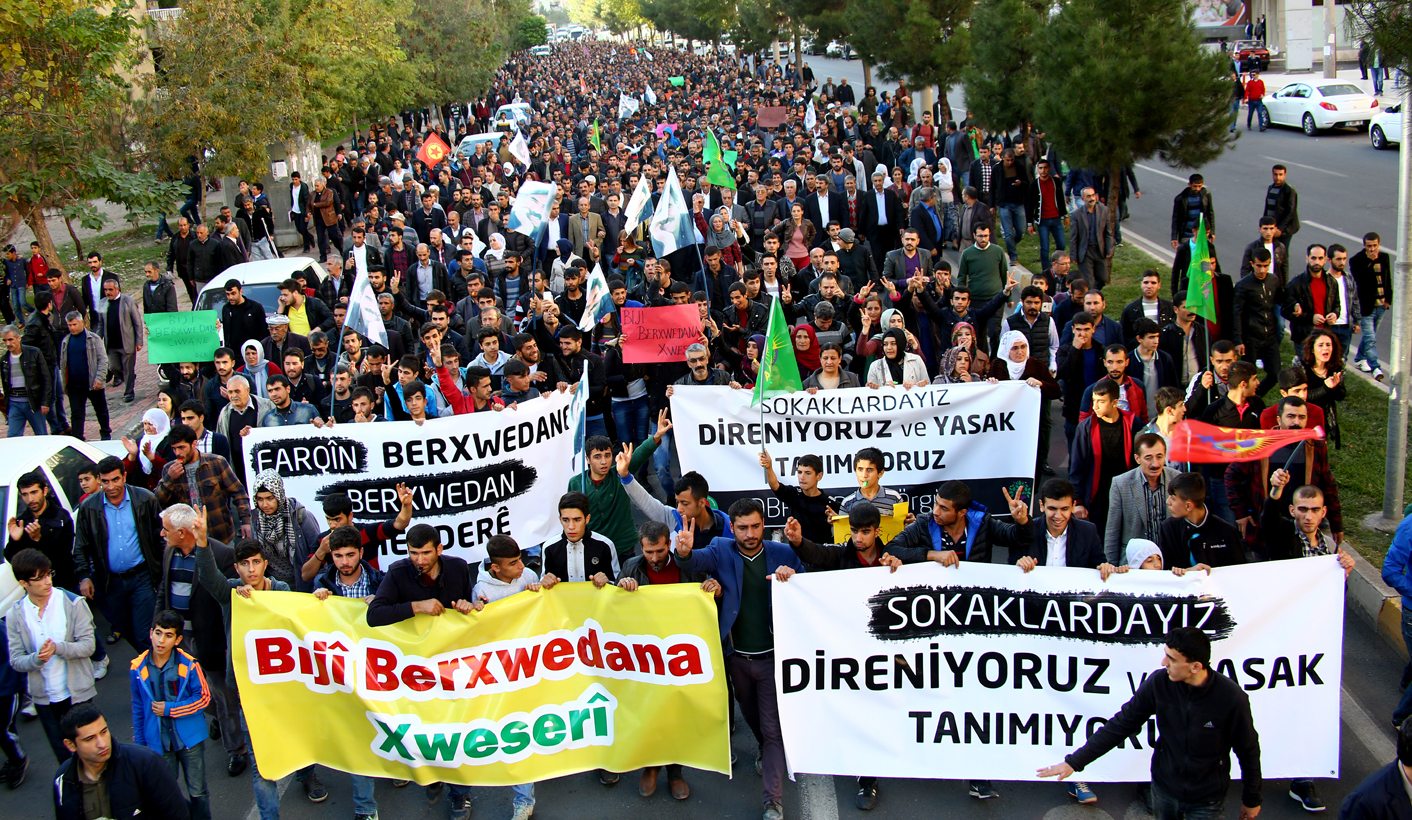 With a new government in place after the 1 November election, now is the time to reverse the spiral of mistrust between Ankara and the disparate Kurdish movement, represented, at times interchangeably and without clear mandates, by the legal Peoples’ Democratic Party (HDP), now in the parliament, as well as the outlawed PKK and its jailed leader, Abdullah Öcalan. By the INTERNATIONAL CRISIS GROUP.

Locked in their deadliest violence in two decades, the Turkish state and the Kurdistan Workers’ Party (PKK) should urgently resume peace talks. The return to a military-based approach to the conflict and domestic political polarisation, fuelled by a spillover of the Syrian conflict, have dismantled the achievements of peace talks undertaken during the 2.5-year ceasefire which collapsed in July 2015. Bloody urban battles in the south east have since then given the conflict a new, unpredictable momentum. The failure to secure peace has cost more than 550 lives – up to 150 of them civilian, including that of the well-known human rights lawyer and Diyarbak?r bar association head Tahir Elçi on 28 November. Turkey faces a critical choice: to advance its military strategy against the PKK in a fight that is bound to be protracted and inconclusive, or to resume peace talks. Whichever course it chooses, however, a comprehensive solution to the Kurdish issue will necessitate addressing longstanding Kurdish rights demands.

With a new government in place after the 1 November election, now is the time to reverse the spiral of mistrust between Ankara and the disparate Kurdish movement, represented, at times interchangeably and without clear mandates, by the legal Peoples’ Democratic Party (HDP), now in the parliament, as well as the outlawed PKK and its jailed leader, Abdullah Öcalan.

The resumption of violence between the Turkish state and the PKK benefits the violently extremist Islamic State (IS). In Syria, Ankara worries that the Democratic Union Party (PYD), the PKK’s Syrian offshoot, will transform its gains against IS into a contiguous land corridor along Turkey’s southern border. This perceived threat has at times overshadowed Ankara’s focus on the fight against IS. Since May, four alleged-IS attacks targeting pro-Kurdish activists in Turkey – including the country’s deadliest ever bombing, on a peace rally in Ankara – have strengthened the perception among Kurds that the state does not protect them. The debate on these incidents underscores the need for Ankara to widen its domestic crackdown against IS. It also reflects deepening social cleavages not only between Turkish and Kurdish communities, but also along other sectarian and cultural fault lines. If left unbridged, these may undermine Turkey’s fragile social cohesion.

The new government has declared that it will not restart talks with Öcalan. Its strategy is instead centred on fighting the PKK, particularly until its recently empowered urban structures are eradicated, while pursuing a unilateral, vaguely defined, reform agenda pertaining to Kurdish rights that minimises engagement with the Kurdish movement and its main legal political actor, the HDP. An approach that marginalises the HDP and its reform-minded constituency with an interest in resolving the Kurdish issue by legal means risks further channelling Kurdish nationalism into armed struggle.

After three decades of fitful deadly conflict, both sides understand a military confrontation will not secure victory but believe themselves in a strengthened position to maximise gains. They are focused on weakening the other as much as possible, while waiting for the Syria quagmire to settle before considering a return to a ceasefire and peace talks. Under pressure from the spillover of the protracted Syrian conflict, as well as the IS threat, they should urgently end violence in the country’s population centres and agree on ceasefire conditions.

Free from electoral pressures for four years, the new government needs to formulate a concrete reform agenda to address Kurdish rights demands – including decentralisation and mother-tongue education – that can be advanced within legal structures, political parties and parliament. To restore trust, it must also ensure the effective investigation of past and present human rights abuses and prevent recurrence. The PKK and Kurdish local authorities should cease making declarations of autonomy that only alarm Turkish public opinion and harden Turkish politicians.

Talks with the PKK should resume in parallel, with a view to obtaining the withdrawal of its fighters from Turkey and agreement on mechanisms for amnesty and reintegration of those who, without arms, would like to stay or return. Öcalan has underlined the need for a more structured format for the peace talks that would also bring in other PKK figures and the HDP, as well as a monitoring mechanism. To achieve a mutually agreed roadmap and timeline, the government needs to clarify its position on institutionalising the process so that the cyclical effort to resolve the conflict does not resemble the mythical endless attempt of Sisyphus to roll a boulder to the top of the hill.

Turkey’s allies in the West, who remain primarily focused on the Syrian crisis and its regional security and refugee consequences, should not dismiss the risks posed by a swiftly deteriorating conflict in Turkey. In their own interests, they should encourage Ankara to reassess its approach to the Kurdish issue.

Their November summit, which was primarily geared to the migration crisis, committed Turkey and the European Union (EU) to re-energise their relationship and enhance political and financial engagement. It created momentum to follow through on difficult deliverables, including reducing the flow of Syrian refugees to Europe, progress toward visa liberalisation for Turkish nationals wishing to enter the EU and opening of new chapters in the negotiations for Turkey’s EU accession. At the same time, the flare up in the PKK-Turkey conflict has complicated the U.S.-led coalition’s fight against IS, especially because Turkey refuses to collaborate with the People’s Protection Units (YPG), the military wing of the PYD. Ankara-PKK peace talks could create parameters for a more constructive relationship between Ankara and the PYD, enhancing the international anti-IS efforts. DM