South Africa’s tour of India: A wake-up call for cric...

South Africa’s tour of India: A wake-up call for cricket’s Kings of the Road 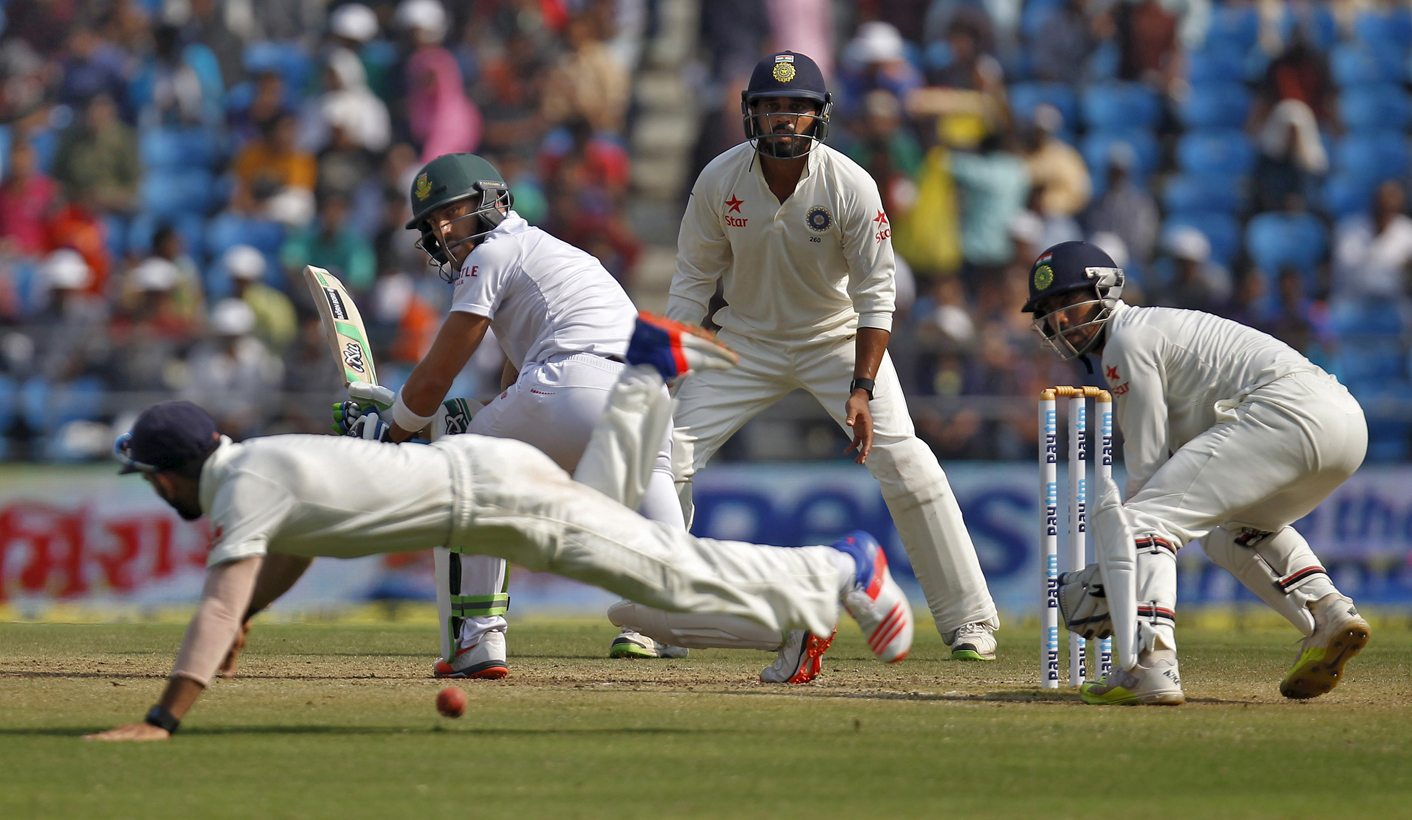 South Africa’s reign as Kings of the Road in world cricket has come to an end. While the conditions have been extreme, this tour has been somewhat of a wake-up call for South Africa. They are still in a “transitional period” and have to guard against being caught napping when the next phase of that period kicks in. By ANTOINETTE MULLER.

Hashim Amla does not usually break a sweat. When he was merrily flaying England’s bowlers en route to becoming the first ever South Africa to score a triple hundred in Tests back in 2012, he looked like he had just stepped out of a massage at the end of it. So, for the King of Calm to admit that things were pretty rough, takes some extreme conditions – and the conditions in Nagpur certainly were extreme.

“These have probably been three of the toughest days I have experienced in my Test career. The surface was probably the toughest I have had as well, and the cricket itself was really difficult,” Amla said after South Africa were beaten inside three days.

The loss brought an end to an era for South Africa, losing a series away from home for the first time in nine years. For the last nine years they have been the only team in the cricket world to travel so well, nobody else had managed to defy conditions with such consistency. Amla admits, though, that these kinds of extreme conditions is something the team has not experienced before.

“Fortunately, throughout my career, we’ve been travelling away and managing to play very good cricket. I suppose one kind of consolation would be that the conditions we’ve had to play in were probably nothing like we’ve had when we’ve played away from home, and that is a type of challenge we’ve never experienced before,” the captain said.

In those nine years, India and the United Arab Emirates are the only two places where South Africa had not won a series, only drawn. That era has seen players come and go and, most recently, two of the bedrocks of the South African team have departed. Jacques Kallis and Graeme Smith called it a day within a few months from each other. South Africa were able to plug the gaps, but when they lost their other opener – and less prolific opener – Alviro Petersen, just a year later, the plugs started to leak.

Against Bangladesh, South African probably count themselves lucky that the tour was largely rained out. They had started to show weakness against spin against the so-called minnows already and would hardly have been surprised to find surfaces in India that were designed to exploit that.

Troubling for South Africa, their young guns have been as disappointing as some of their senior players, and are making the transition they find themselves in difficult to balance, but it also underscores just how valuable Smith was to South Africa. He had the luxury of having some of the best cricketers in the world in their prime, but managed a number of transitional periods without too many hiccups. Amla made his debut in 2004, in the same series where South Africa last lost in India, before drawing here twice. In a way, then, perhaps this team has come full circle.

“Just thinking back to when I first started, South Africa as a team almost looked very similar to what it is at the moment. We had some really great players in Jacques Kallis and Graeme Smith who were probably at their prime at that stage, and some young guns who were coming into the team, I think myself and AB (de Villiers) were around. At the moment our team is similar to that, we’re breeding a few younger guys coming in,” said Amla.

He’s right, but South Africa need to remain wary. A new “transition” might be just around the corner. Amla, AB de Villiers, Faf du Plessis, JP Duminy, Dale Steyn, and Morne Morkel are all on the other side of 30, and could all retire at around the same time so it is imperative that South Africa start blooding new, young talent now.

The first of those talents should be Temba Bavuma. The diminutive batsman has played four Test, so far, and done a perfectly decent job. In the fourth and final Test, South Africa could do worse than bringing Bavuma in to replace Dane Vilas, and shifting De Villiers to behind the stumps. Much as De Villiers has made it clear that he is not fond of keeping in Tests, Vilas has been a liability on this tour, and Bavuma can surely not do any worse.

Quinton de Kock is the other talent that needs nurturing, and should have travelled with the team, despite his poor run of form in Bangladesh. Dropping him briefly served its purpose and he soon regained the form he had struggled to find since returning from the ankle injury that nearly kept him out of the World Cup. With a home series against England coming up, it would be a great surprise to see Vilas retain his place. Kagiso Rabada and Kyle Abbott are the two most likely contenders to take over the bowling reins, and it is imperative that both are managed well. These are easy things to do, though, and currently, the most pressing issue for South Africa is the opening berth.

Stiaan van Zyl has only opened in five Tests, but the decision to use him as an opener, looks like a failed experiment. Granted the conditions have been suspect, but Van Zyl has looked dubious opening the batting. Casting him aside would be cruel, it was, after all, a management decision to earmark him for the opening role. He has opened for the Cobras in limited overs before, but Test cricket is a far tougher gig. Realistically, Van Zyl could slot in lower down the order, but that creates another problem: who opens?

Amla does so in limited overs, and is an option while De Villiers would be a maverick choice, but unlikely if he has to keep, too. Should De Kock return for the England series, he could be prompted up the order, but expecting him to keep wicket while doing so is a touch on the extreme side. South Africa could turn to their first class system, but even that is challenging. The other two openers who have done well domestically – Andrew Puttick and Stephen Cook – are both also on the other side of 30. And while there is certainly nothing wrong with being a late bloomer, as Australia’s Chris Rogers has shown, using any of the older batsmen would only be a short term solution. Besides, there will be little-to-no first class cricket played before the squad for England’s visit is announced, a slight oversight by Cricket South Africa. For the most part, this tour has created more questions than answers, and South Africa and armchair critics should be glad that they are not selectors. DM