Health-e: The rise of the killer superbugs 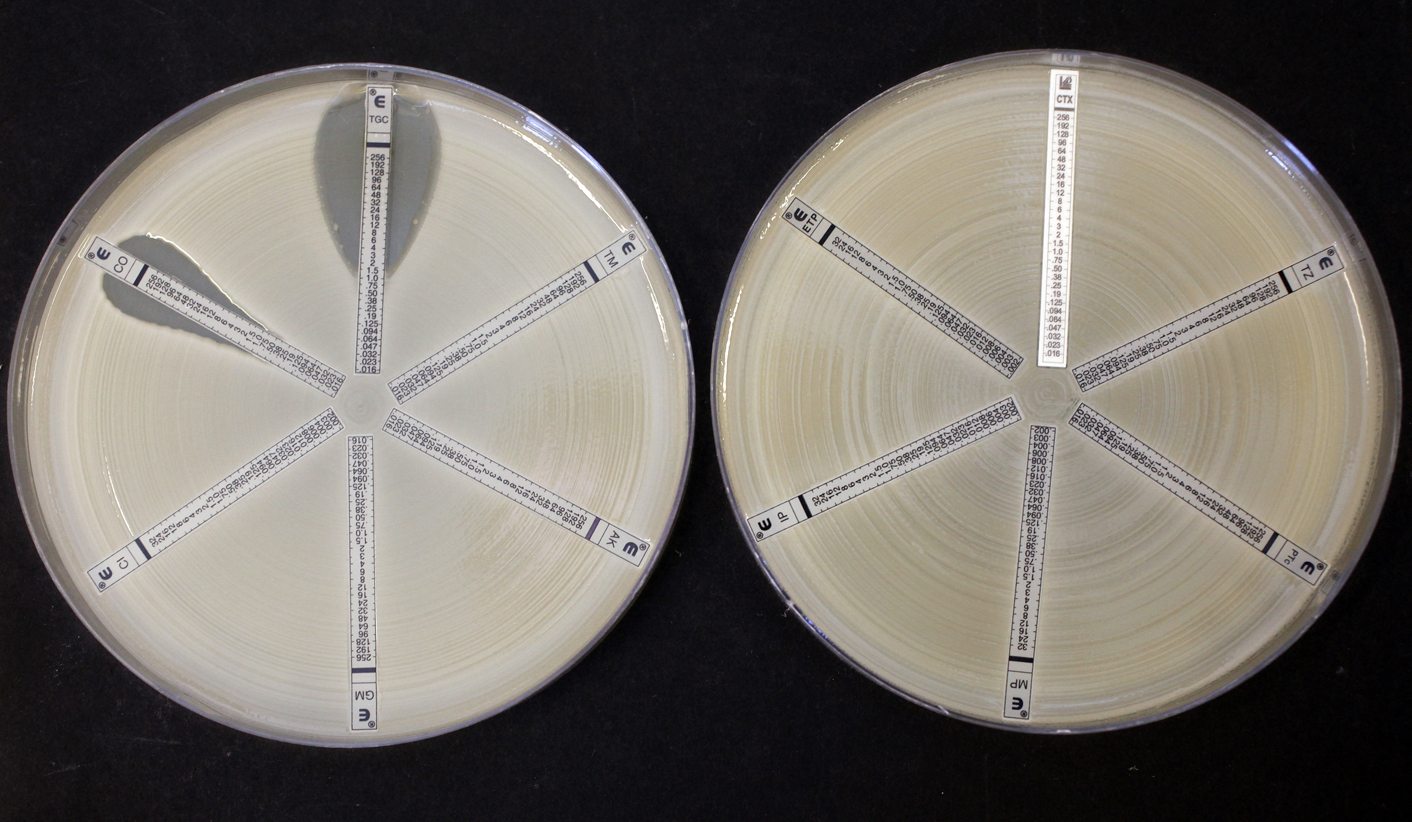 Factory farming and our own excessive pill-popping is driving the development of “superbugs” that are able to evade our best medicines, making death from common infections possible once again. Now resistance to one of the very last effective antibiotics has been discovered. By KERRY CULLINAN for HEALTH-E NEWS.

Last week, there was bad news out of China: resistance to one of the world’s last remaining antibiotics effective against a nasty group of gram-negative bacteria had been found in bacteria in pigs, pork and some humans. It is only a matter of time before this resistance spreads to bacteria worldwide, spurring the continued rise of “superbugs” – bacteria, viruses, fungi, and parasites that are impervious to our best medicines.

Already, one South Asian child dies every five minutes from drug-resistant bacteria, while around 25, 000 Europeans die every year from similar infections.

“The problem of resistance in South Africa is extremely serious for bacterial infections including TB and non-TB,” says Professor Marc Mendelson, head of Infectious Diseases and HIV Medicine at the University of Cape Town.

Top of the list of bacteria other than TB that are developing resistance are those that cause pneumonia, urinary tract infections, gonorrhea, and skin and soft tissue infections.

“Some bacteria in South Africa are becoming so resistant, that there is either only antibiotics of last resort, or they are untreatable,” adds Mendelson.

But this week’s news out of China means that even the last of the “last-resort” antibiotics is under threat. Colistin was discovered around 70 years ago, but it fell out of favour because it has some potentially serious side-effects. As it was not used widely for about 20 years, it retained its effectiveness against a group of nasty gram-negative bacteria which had been mutating to resist other antibiotics. Around 10 years ago, in the face of failing medicines, medical experts revived colistin use, although it was only supposed to be prescribed in an emergency. But during a routine test for drug resistance earlier this year, resistance to colistin was found in the E. coli bacteria in pigs, pork and some humans in south China. A few days back, the esteemed British medical journal, The Lancet described the discovery of the colistin-resistant gene in the bacteria, as “the breach of the last group of antibiotics, polymyxins, by plasmid-mediated resistance”.

Despite an appeal by health experts that the use of colistin should be heavily regulated, its use has become common in factory farms in China as farmers routinely feed their livestock with a range of medicines to ensure that their path from birth to the slaughter house is fast and disease-free. The mass-scale routine use of antibiotics for animals in factory farms, not to treat sickness, but to stimulate growth, is one of the main drivers of global antibiotic resistance. The other driver is the inappropriate use of antibiotics in humans that is driven by patient demand and the ignorance of doctors.

Last year, the World Health Organisation (WHO) released a report on antibiotic resistance based on data from 114 countries, and the findings were eye-opening.

“Without urgent, coordinated action by many stakeholders, the world is headed for a post-antibiotic era, in which common infections and minor injuries which have been treatable for decades can once again kill,” said Dr Keiji Fukuda, the WHO’s Assistant Director-General for Health Security at the report’s launch.

Resistance to carbapenem, the last-resort antibiotic for treating klebsiella infections, has been recorded throughout the world, according to the WHO. The klebsiella bacteria are a major cause of hospital-acquired infections such as pneumonia, sepsis, infections in newborns, and intensive-care unit patients.

Hospital patients are particularly vulnerable to drug-resistant infection because their immune systems are weak and some have open wounds or are on drips or ventilators, easy sites for infection. Poor hand-washing by healthworkers is a big culprit in spreading infection. The first South African patient with klebsiella pneumonia resistant to all antibiotics was recorded last year. The 86-year-old man was due to have heart surgery, but needed to be cured of pneumonia first. His doctors then discovered that his pneumonia bacteria were resistant to all available antibiotics. But in some countries, more than half of people are already resistant to carbapenem. Resistance to fluoroquinolones, used to treat urinary tract infections caused by E. coli, is also widespread. In many parts of the world, over half of all patients are resistant to this medicine.

“Treatment failure to the last resort of treatment for gonorrhea – third generation cephalosporins – has been confirmed in Austria, Australia, Canada, France, Japan, Norway, South Africa, Slovenia, Sweden and the United Kingdom,” according to the WHO report. Over 100 million people get gonorrhea every year.

“Unfortunately, our misuse and overuse of antibiotics is one of the major drivers of resistance,” explains Mendelson. “In the community setting, the inappropriate use is largely driven by common colds, other viral infections and many non-infectious causes of body aches. In the hospitals, we also use too many antibiotics inappropriately, often for too long and in needless combinations.”

The South African Antibiotic Stewardship Programme, set up three years ago to help the Department of Health to combat antibiotic resistance, includes both vets and doctors working in the public and private sectors. Mendelson, who co-chairs the programme, describes it as the “effector arm” to help implement the South African Microbial Resistance Strategy that was announced last year. The programme’s efforts are part of a global campaign against antibiotic resistance that has gathered momentum this year as one drug after another falls under the wheels of the marauding superbugs.

Dr Marion Weston qualified as a doctor in Vienna, Austria, and now runs a practice in integrative medicine in Cape Town, combining conventional medicine and alternative healing treatments, including herbal remedies to treat patients holistically. She says the use of antibiotics is much more heavily regulated in Europe than it is in South Africa, where patients often expect and ask for antibiotics.

“About 90% of flus are viral, and antibiotics do not work against them. But because most acute infections are cleared in seven to 10 days, people think that the antibiotics have worked,” says Weston. “Antibiotics destroy the immune-stimulating gut bacteria that can fight infection, and it takes a long time to restore the gut bacteria.”

Weston favours the use of natural remedies and processes that stimulate her patients’ own immune responses to infection. She says the continual use of antibiotics not only means that the body does not learn to trigger its own immune responses, but the medicine upsets the balance between good and bad bacteria in the body, leading to other problems such as candida (thrush).

“Antibiotics should be reserved for when a person cannot deal with the infection any more,” says Weston, adding that urinary tract infections are particularly hard to cure without antibiotics.

Meanwhile, Dr Carmen Pessoa-Silva, who heads the WHO’s anti-microbial resistance programme, says that it is a “fallacy” that the world needs more medicines: “Over the past 70 years, resistance has developed to one after the other anti-bacterial drugs. We need to consider other alternatives to drugs, such as vaccines and better infection control.”

Addressing the causes of infection, including the lack of access to clean water and sanitation, will also help to eliminate the need for antibiotics. DM

Photo: Two plates which were coated with an antibiotic-resistant bacteria called Klebsiella with a mutation called NDM 1 and then exposed to various antibiotics are seen at the Health Protection Agency in north London March 9, 2011. (Reuters)