Noise: Powerful but hard to enjoy 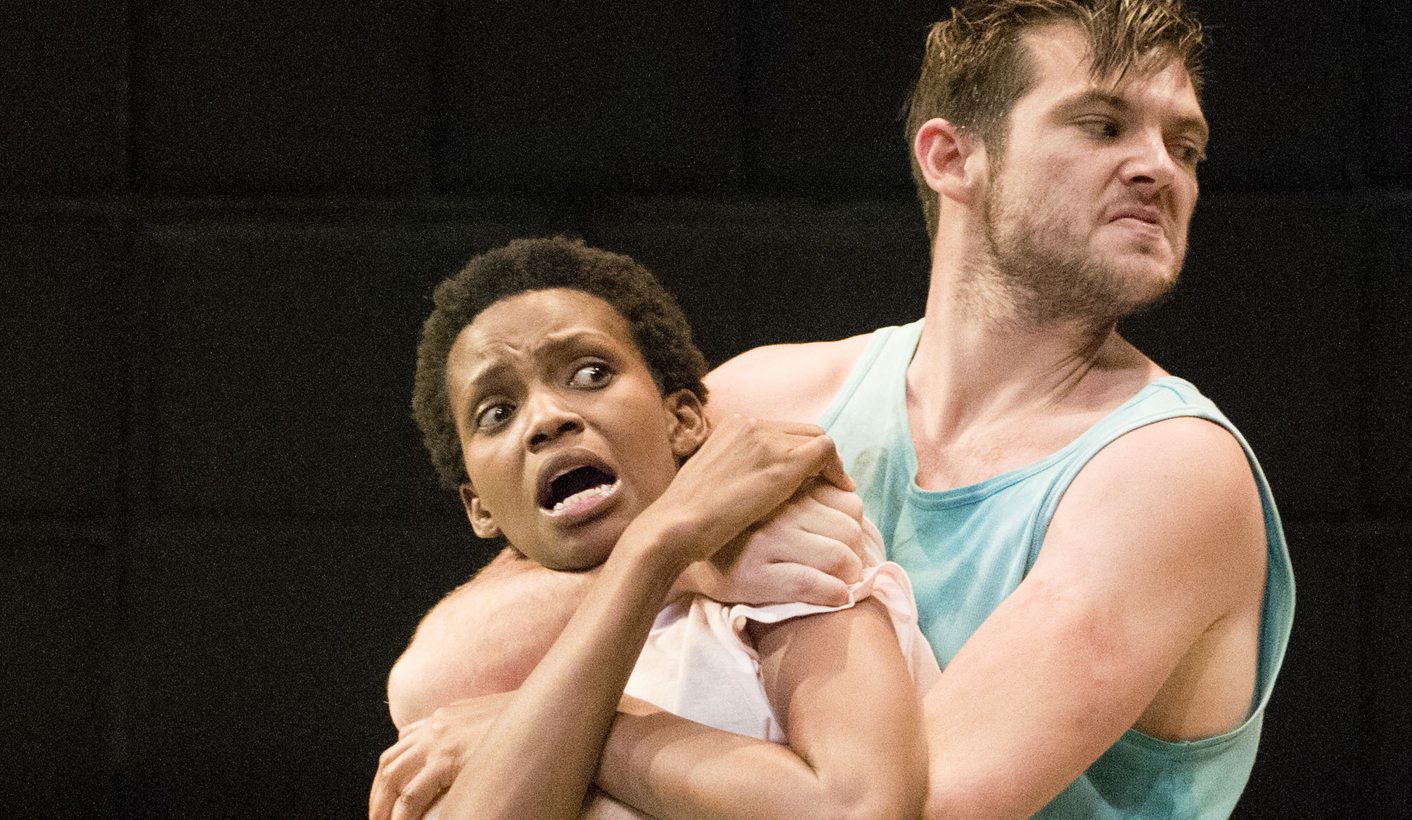 A play now running at the Market Theatre in Joburg is stunningly well performed, and excellently directed. But I would not recommend it to anyone. I came out of Noise feeling traumatised, as if I had lived the experience of the characters with them.

Noise was written by Alex Jones more than 20 years ago, and set in Birmingham in the United Kingdom. But the play feels like it has always belonged in Hillbrow, where it’s now set thanks to director Dorothy Ann Gould, and Mark Graham Wilson, who helped to adapt the script.

When we meet a young and decent couple, excited to be moving into their new flat in Hillbrow, we just know something bad is going to happen. And it does, when the neighbour’s music comes boom-boxing through the walls at all hours of the day, and night. That is intolerable by itself, but when they meet the source of that noise, the drug-addled, psychotic and unemployed Matthew, the trauma escalates.

Gould writes in the programme notes that Noise is “searing, brutal, and cathartic.” I missed the cathartic part, sitting through the show and jumping every time the music began, tense for what was about to unfold. Actors Rowlen von Gericke, Thabo Rametsi and Nokuthula Ledwaba are all excellent, but it the men who control this story. Von Gericke is terrifying as the psychotic neighbour, clearly unhinged and swinging from lost and lonely to violently deranged in a second. He is utterly believable, as is the entire story about a young couple whose hope and optimism is ground down, and snuffed out brutally by this third party.

Rametsi as Dan and Ledwaba, as his young wife Becky, capture a playfulness and almost tangible love between their characters in the early scenes, although their chatter drags on for too long, when you know that action is lurking in the wings. Rametsi is a powerful force, an open book of an actor, who has you initially sharing his enthusiasm and delight for life, then later feeling his fear, and helplessness, despair and loss. It is the searing combination of Von Gericke’s mania, and Rametsi’s shattered dreams, that make this play so viscerally gruelling, aided by the brutality that stunts Ledwaba’s Becky.

The noise that erupts from time-to-time hammers home the inhumanity of it, often so loudly that you cannot hear the words until the volume is toned down to let the dialogue continue. The pounding in your eardrums is another reason why you feel you are living the trauma with them. You leave wondering what you would do in the same situation. Call the cops? Resort to violence yourself? Be defeated and broken? You’ll admire the intensity, and talk about the actions, and emotions, for sure. But I doubt you will, actually, enjoy it. DM

Noise runs at The Market Theatre until December 6.