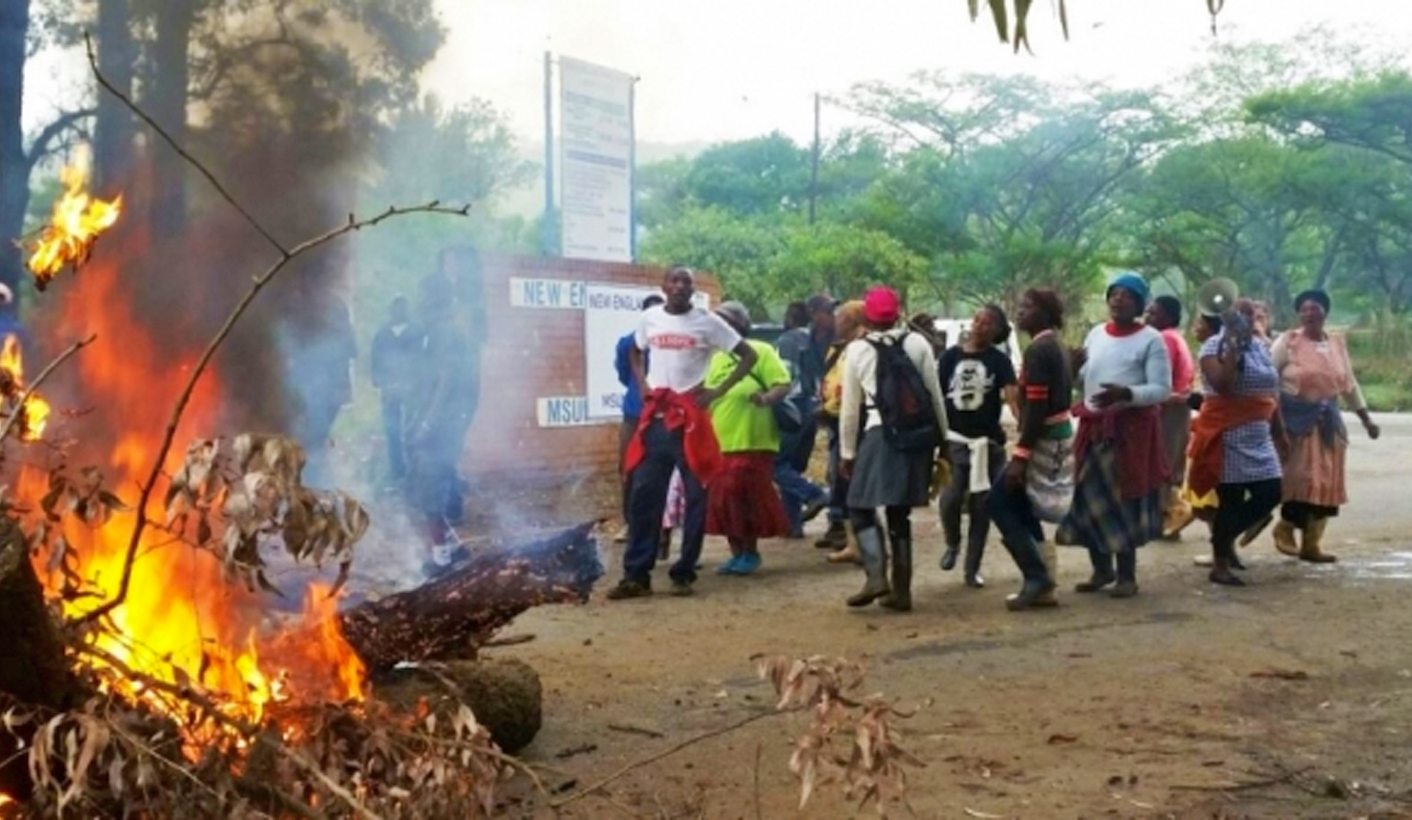 Landfill picking poses health, safety and security concerns for the pickers and the municipality. But pickers continue to build shacks in and around the landfill sites. By Ntombi Mbomvu for GROUNDUP.

Police used rubber bullets and stun grenades yesterday against waste pickers protesting at a dump site in Pietermaritzburg against plans to stop them collecting on the site. About 20 waste pickers were arrested during the protest at the England Landfill site, but were released later.

More than 100 waste pickers protested after a city executive committee meeting decided to stop waste picking at the dump, citing safety and security concerns. The dump site is used to dump material from companies in Pietermaritzburg, including expired food and dangerous objects. Waste pickers who were part of the protest are from Sobantu, which is close to the dump site, from Hammarsdale and from Cinderella Park.

One of the protesters, Nokukhanya Myeza (42), said she was unemployed, and lived in Cinderella Park. She woke up at five in the morning to join the protest. She said she was a single mother with four children.

“Some of the women pick up cardboard. They take it to recycling companies. We are not working and this is how we feed our families. We were told the municipality will install cameras and that they will order the security guards to shoot us,” said Myeza.

“That is so unfair. If they have money to install cameras in the dump site why they can’t help us find jobs?”

The South African Waste Pickers Association, the Pietermaritzburg Agency for Community Social Action, Groundwork, Energy Action Group, and the Duzi uMngeni Conservation Trust in Pietermaritzburg were part of the protest.

Msunduzi municipality spokesperson, Nqobile Madonda, said the issue of the landfill site pickers had been raised at a recent meeting of the executive committee, as it poses health, safety and security concerns for the municipality. She said pickers were building shacks in and around the landfill. “They are also starting fires as well as breaking down fences.”

Madonda said “violent incidents” had been reported which posed “a security risk to tip pickers and Council employees stationed at the Landfill site”.

We need to protect everyone working at the Landfill site,” she said.

But, she said, neither the committee nor the mayor had requested the use of “pellet guns” to disperse the protesters. Bonginkosi Sibisi from Energy Action Group said the organisation was there to show solidarity with the waste pickers. “Some of these people have been doing this for years. They feed their families, and we are here today to support them. If they demand answers, these should be given to them,” said Sibisi. DM