Burma: Voting For The Lady 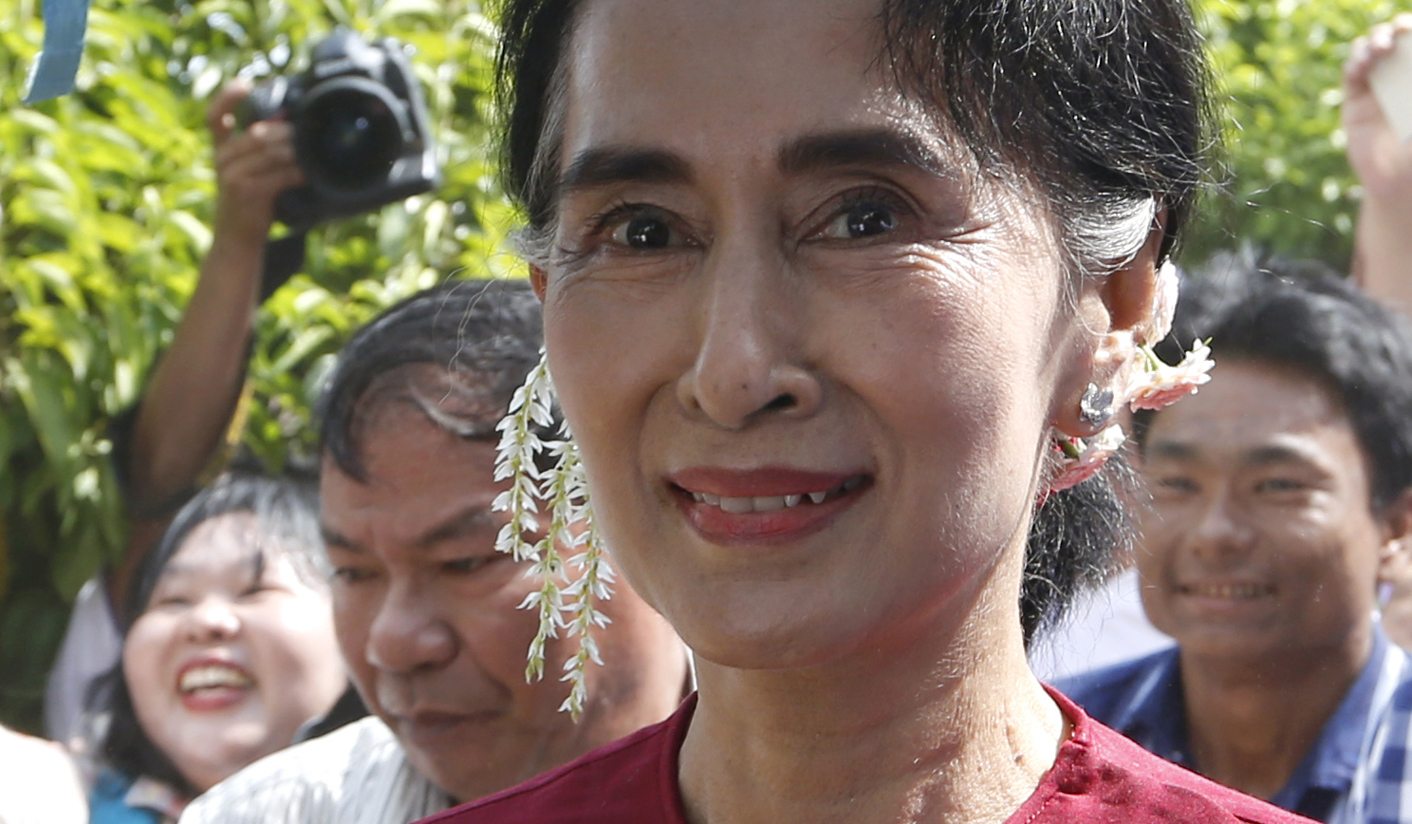 In Burma, as she prefers it be called, Aung San Sui Kyi is simply known as “The Lady” – the only daughter of the man known as “Bogyoke” or “The General” her father Aung San who was assassinated when he was the President of the Union of Burma at the age of 32 in 1947. Today is a day of great celebration in Burma – the votes are being counted in the first close-to-true election in decades. A winner may be announced tomorrow, and from the West, there is a convenient but completely false view of what this election means. By JAMES CANNON BOYCE.

My Burmese friends are celebrating what it is – progress, a slight step forward for themselves and their beloved Lady. The Burmese look at life as very complicated affair, complex, fundamentally unfair and full of suffering – they are overwhelmingly Buddhist and know that life is never easy. They know what many in the West have forgotten – they already voted for the Lady once to be President. She won overwhelmingly decades ago so the election was nullified and she never took office.

But my friends are happy they got to vote again even if it is so remarkably complicated.

You see, they know that the Army will still keep 25% of the seats in Parliament. They know the Army will keep the key ministerial positions. They also know that despite her lifelong wish to sacrifice and follow her father’s footsteps and actually be President, Aung San Suu Kyi can never be President – the Constitution of the country specifically forbids it in fact. The Army changed that last time she won.

No matter, say my Burmese friends. They will be mystified why I think those things are issues – of course that is the way it will be. That is life.

My friend Mr. Kyi in Yangon must be delighted today in his antique shop. Aung Ngwe in Bagan will have an extra spring in his step as he tours Bagan.

“You see Ko James,” they would tell me, “Brother James, we have gotten to vote for The Lady and we love her very much.”

This is enough for them.

Just under two years ago, I chatted with Aung San Suu Kyi as we both waited for Barack Obama in the hall at the University of Yangon. My father had known her when he was working for the U.S. government in Rangoon in the 1950s. She had been a young girl and her family was my father’s neighbours.

Have no doubt that she is the strongest woman on the planet. She is an angel of steel. She has sacrificed so much for today – to give her people hope and joy.

When I mentioned my remarkable encounter with her to friends and family in the United States, they all pointed to yesterday, the promised 2015 elections, and when I pointed out that she couldn’t actually run, they were shocked.

Americans especially thought the easing of sanctions, the trips to Burma by Secretaries of State Clinton and Kerry, even Obama’s trip, they all paved the way for her right? It was all about getting her elected.

But Burma is more complicated than that – the votes will be counted, well, some of them will be.

Tomorrow, they may well announce that the NLD has won – The Lady will be very powerful but she will not be President.

Tomorrow, the Army will still control the $40 billion jade trade in a country with regions poorer than any on earth. The cronies, friends of the Generals, still own virtually every piece of valuable land in the country and every major business. Billions will flow next month from Burma to the banks of Singapore. China will get its teak. The drugs will still flow from the east into Thailand.

The Army has the right to take the country back under certain circumstances. These could be what we see as legitimate or what they see as legitimate which could be very different things. This is a land, after all, where people drive cars, that are made for England with the steering wheel on the right side, on the right hand side of the road, like we would in America because a General thought this would deter the British if they re-invaded in the 1970s.

Tomorrow, by the way, the Army could announce that they won just enough votes to keep a majority. It wouldn’t surprise me, or my Burmese friends at all.

And it won’t matter to them so much because “We voted, Ko James. We voted.”

Today, I will celebrate not as an American whose father lived and died in your land, but as a man who has grown to have just enough Burmese in him to not worry so much about tomorrow and celebrate today, and all my friends who finally voted, again, for the Lady. DM