Blade’s 2012 report: Free university education for the poor is feasible and should be pursued 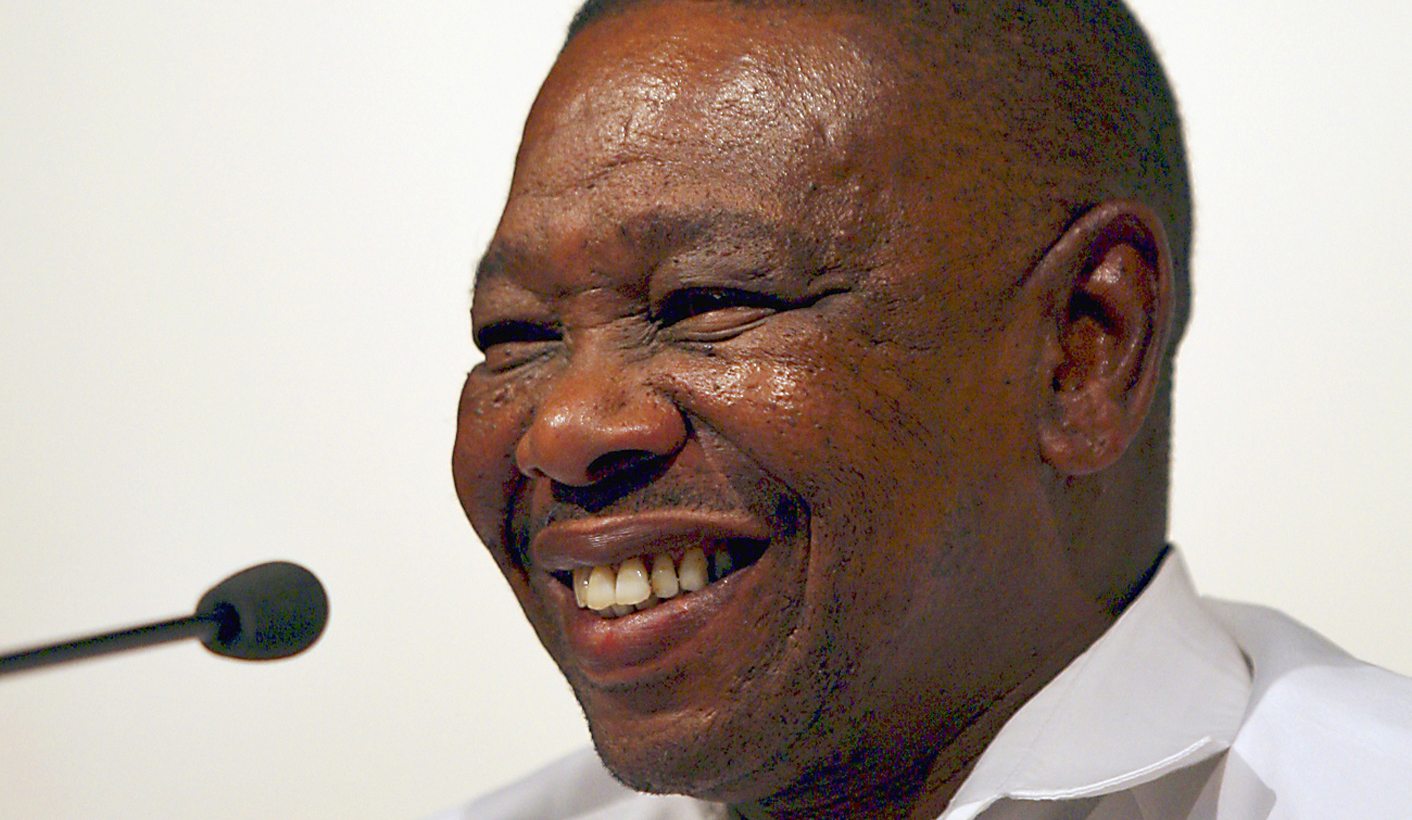 On Thursday community activist organisation amandla.mobi released the 2012 report on free university education for the poor, which was commissioned by Higher Education Minister Blade Nzimande but was never made public. It found that free university education for the poor is feasible and should be pursued, even if the costs are high. By GREG NICOLSON.

At times the Report of the Working Group on Free University Education for the Poor in South Africa reads like an academic treaty from the #FeesMustFall movement. It notes: “The question that South Africans need to be asking is: What kind of a society are we trying to create? And the answer to that question is unequivocal: A society that is socially just.”

The study, commissioned by Higher Education and Training Minister Blade Nzimande, was finished in October 2012 and not made public until protests at universities across the country put the issue of free education back on the agenda. Amandla.mobi received the report from the Department of Higher Education after submitting a Promotion of Access to Information Act application.

The report states that free university education for the poor is feasible but requires significant additional funding. The first recommendation reads: “Free, full cost of study undergraduate university education for the poor in South Africa should be introduced using the current NSFAS (National Student Financial Aid Scheme) structure and procedures as a basis, but refining these over time, and simultaneously ensuring that corporate governance, fund management procedures and loan recovery practices at NSFAS are completely overhauled and rendered above reproach.”

The working group defined “university education” as undergraduate degrees, diplomas and certificates. “The poor” were defined as eligible students from households earning less than the lowest South African Revenue Service tax bracket. The fees to be considered “free” include the full costs of study to a student: tuition and registration fees, meals, accommodation, books and travel.

“It is simply too expensive – not just economically but also socially and politically – to maintain a higher education status quo characterised by low participation, high drop out, and a system of financial aid which, notwithstanding its many positive features, has tended to favour advantaged institutions rather than disadvantaged individuals,” reads the report of the working group, led by Nelson Mandela Metropolitan University vice-chancellor Derrick Swartz.

“In South African society overall, high unemployment, a widening gulf between the haves and the have nots, and rising levels of service delivery and other protests, make structural and institutional change imperative. Moreover, the consequences of thus revisiting current structural and institutional arrangements, and of making a political choice, come with costs attached. It may be that a social compact around higher education is needed.”

The report proposes a model to fund free university education for the poor. It assumes students would have five ways of financing their studies. They include a household contribution, a rebate for those with good results, and a repayable loan administered by the NSFAS. There could also potentially be finances students obtain from other sources.

The fifth finance option is the key to how the report envisages free university education for the poor:

“A grant (for poor students only) which bridges the gap, if any, between the full cost of their years of enrolment (with a limit of two years more than the minimum time required for the qualification) and the repayable loan,” it reads.

“It is a last resort grant, and it implies that poor graduates and drop outs will face repayments like all other students. Like all other students, they will repay an affordable loan on an income-contingent basis for 15 years. Model runs make it very clear that relying as fully as possible on the earning power of former students, particularly of graduates, remains essential.”

The working group ran its model with five different sets of assumptions, predicting future student numbers and costs. The “base run” featured improved NSFAS policies, lower academic rebates and higher interest rates. It estimated that government grants for free university education to the poor could cost R100-million for the group of students beginning their studies in 2013 (but that could be as high as R1-billion depending on interest rates).

“In other words, the cost to the government of ensuring that all students who are financially assisted to enter university in 2013 (estimated to be around 163,000 students) continue to be financially assisted until they either complete, reach the loan financing limit or drop out will ultimately amount to a total of R100-million,” the report advises. Billions would need to be added to the NSFAS budget.

The report recommends that funding come in part from the Sector Education and Training Authorities, to which the private and public sectors make contributions for skills development, and directed to NSFAS loans to poor students in scarce-skills fields. Those funds should be combined with some corporate social responsibility finances and coordinated properly under the NSFAS.

The Report of the Working Group on Free University Education for the Poor in South Africa says it should be used as a starting point for developing a comprehensive student financial aid and academic support system that promotes adequate housing, nutrition, cultural inclusion and career and vocational guidance at school level.

Much of what the report says relates directly to the grievances of students and staff who have been demonstrating at campuses around the country over the last two weeks.

The government is currently trying to figure out how to cover the about R3-billion shortfall after President Jacob Zuma last week announced a freeze on university fees for 2016. Nzimande has said the state has a plan for free education, but not the money. Reports claim the model for free education was presented to the Treasury but rejected as too expensive. Instead, the Treasury opted to continue increasing the NSFAS budget, which has consistently received more funding but cannot meet demand.

The report released on Thursday has to be viewed through the lens of 2012, but if it was released earlier, discussions on tertiary funding might have already progressed and the recent protests might have been avoided.

Its authors were clear: “Overall, the present higher education funding architecture does not adequately mitigate the financial constraints experienced mainly by low-income families. The challenge for higher education institutions, therefore, is to deliver on access in a context of great disparities in family and personal income, and where large numbers of students from poor families have yet to participate in higher education as first generation students.”

The Cabinet is reportedly going to re-look at the report in light of calls for free education. DM