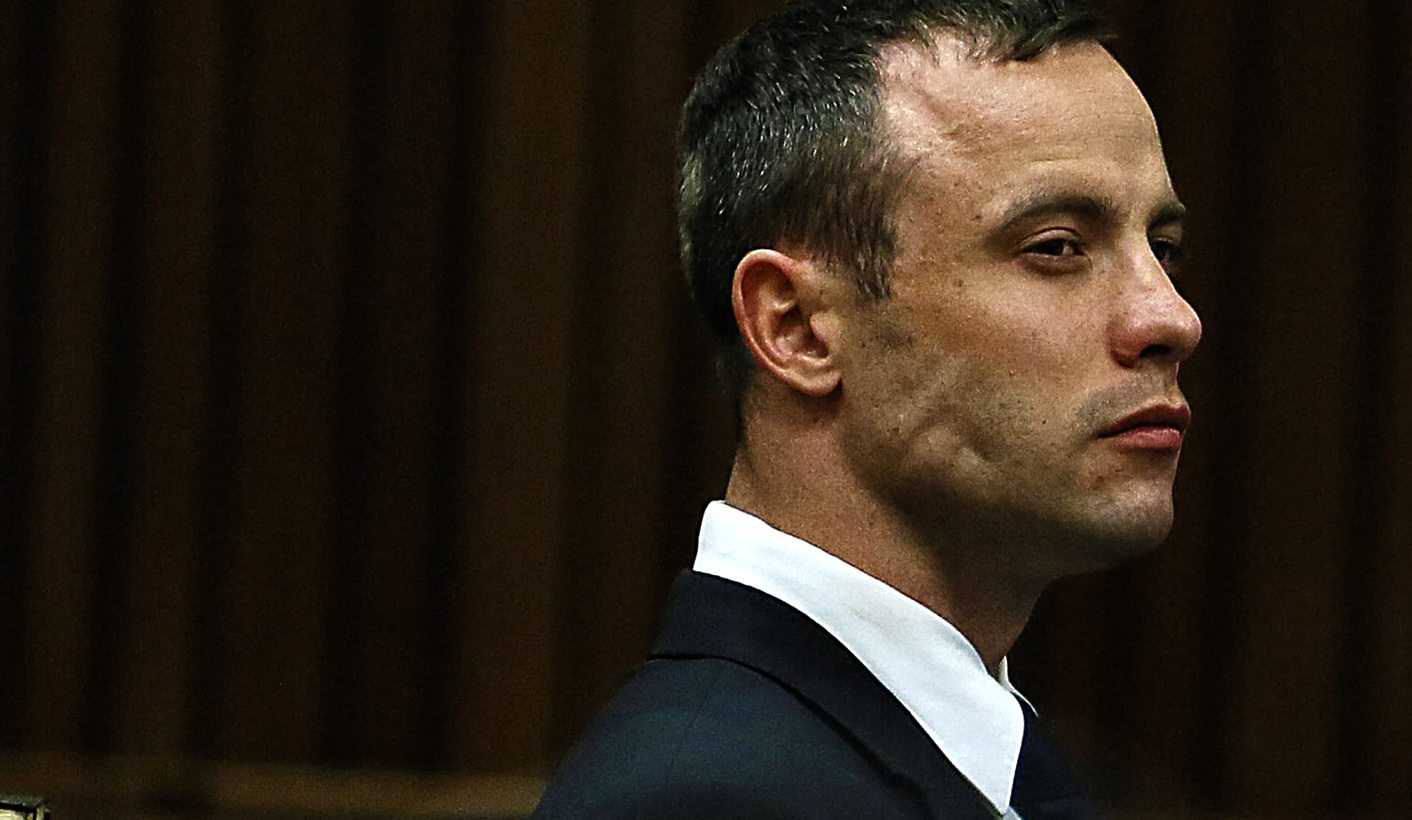 When police and forensics experts first combed Oscar Pistorius' home in the Silver Woods Country Estate in Pretoria after he had shot and killed his girlfriend Reeva Steenkamp on 14 February 2013 they thought they had their man. It was this mindset, reckon amateur sleuths Thomas and Calvin Mollett, which resulted in police missing or overlooking crucial evidence. The two brothers are about to publish a new book that will raise serious questions. By MARIANNE THAMM.

While Oscar Pistorius was languishing in his cell in the Kgosi Mampuru II Prison in Pretoria serving 10 months of his five year sentence for pumping four hollow point bullets into Reeva Steenkamp on 14 February 2013, amateur sleuths Thomas and Calvin Mollett were poring over the forensic evidence gathered by police in the case.

The brothers, who have attracted both media and professional attention with their dogged work on the Inge Lotz cold murder case, spent months examining photographs of the crime scene, carefully scrutinising various pieces of evidence, including looking at “just about every blood stain and pattern on the scene and the story they tell”.

Pistorius was found guilty by Judge Thokozile Mapisa of culpable homicide, a verdict that the state is currently appealing. The appeal will be heard next month.

Thomas recreated in his Piketberg flat an exact replica of the bathroom of Oscar’s home, determining the trajectories of the four bullets by using the known heights of the bullet holes but also “accounted for some other ignored factors”. He also lugged jars of sheep’s blood up from the nearby abattoir to, among other, investigate the “flush patterns” in the toilet in Oscar’s bathroom.

As Oscar this week spent his second day under house arrest at his uncle Arnold’s home in Pretoria, the house surrounded by a pack of international journalists camped outside, Thomas Mollett announced that the brothers will publish their new book Oscar vs The Truth, in December and which promises to “lift a few eyebrows”.

“We simply don’t care about the juicy side issues or individuals involved. We only look at evidence. But evidence eventually forms a picture that cannot be denied or ignored,” Mollett told the Daily Maverick.

While unwilling to reveal their findings at this stage, Mollett said that the “substandard level of investigative work in the Oscar case will leave you speechless. Like in the Lotz case, the amount of overlooked evidence is simply staggering. And moreover, I don’t think there has ever been a case where so many assumptions have been made on inconclusive premises, on both sides. The defence’s so-called unbreakable timeline rests on one such inconclusive premise. The same counts for the police and prosecution, many of their accounts and interpretations are very questionable. In the book we look at these issues in depth.”

The Mollett brothers were at first vilified by prominent forensic experts when they first began to raise doubts about the investigation into the brutal 2005 murder of Stellenbosch student Inge Lotz. Inge’s boyfriend at the time, Fred van der Vyver, was charged with the murder but was later acquitted. The Molletts published their findings in Bloody Lies (Penguin) and a second book Bloody Lies Too (Piquet) this year after obtaining further materials and photographs relating to the baffling Lotz case. In the second book the brothers set out to show that that an ornamental hammer given to Van der Vyver by Inge as a gift, was used as the murder weapon. They also argue that some key experts who testified on behalf of the defence misled the court. (Read the Daily Maverick story here.)

However, the Molletts’ work has subsequently received wide support in the forensic scientific community and Thomas has been invited twice to present on this case to the UCT Division of Forensic Medicine. This response, said, Thomas inspired them to look at other cases as well.

The next two cases the brothers will attempt to crack is the murder of Anni Hindocha and the Van Breda family of Stellenboch. Anni’s husband Shrien Dewani was found not guilty in the Cape High Court last year of plotting her murder. No arrests have yet been made in the Van Breda case where three members of the family, the father Martin, 54, mother Theresa, 55, and brother Rudi, 22, were bludgeoned to death with an axe earlier this year. Two other children, Marli, 16, sustained serious head wounds but survived the attack as did her brother Henri who sustained minor injuries.

“The Oscar book is more than double the page count but the style and format of the book is the same as Bloody Lies Too. While being an unusual format we had surprising but exceptionally good feedback on the full colour panoramic format. Like BLT, this book is more a discussion and presentation of evidence than a typical reading book. ”

He said that they had found enough to seriously raise questions about many aspects of the case.

“It is not always possible to prove everything beyond all doubt, and you have to look at the emerging holistic picture, and in many cases all you can do is to ask challenging questions based on what you have and what you can do with what you have at your disposal, but we believe there are various instances where conclusive findings on certain areas of evidence could still be made, should this case ever be retried and if this evidence could be tested by the police. But whether this goes to a criminal court ever again, or not, we need to know what really happened that morning of 14 February 2013.” DM