Op-Ed: Is it possible to change the powers or boundaries of South Africa’s provinces? 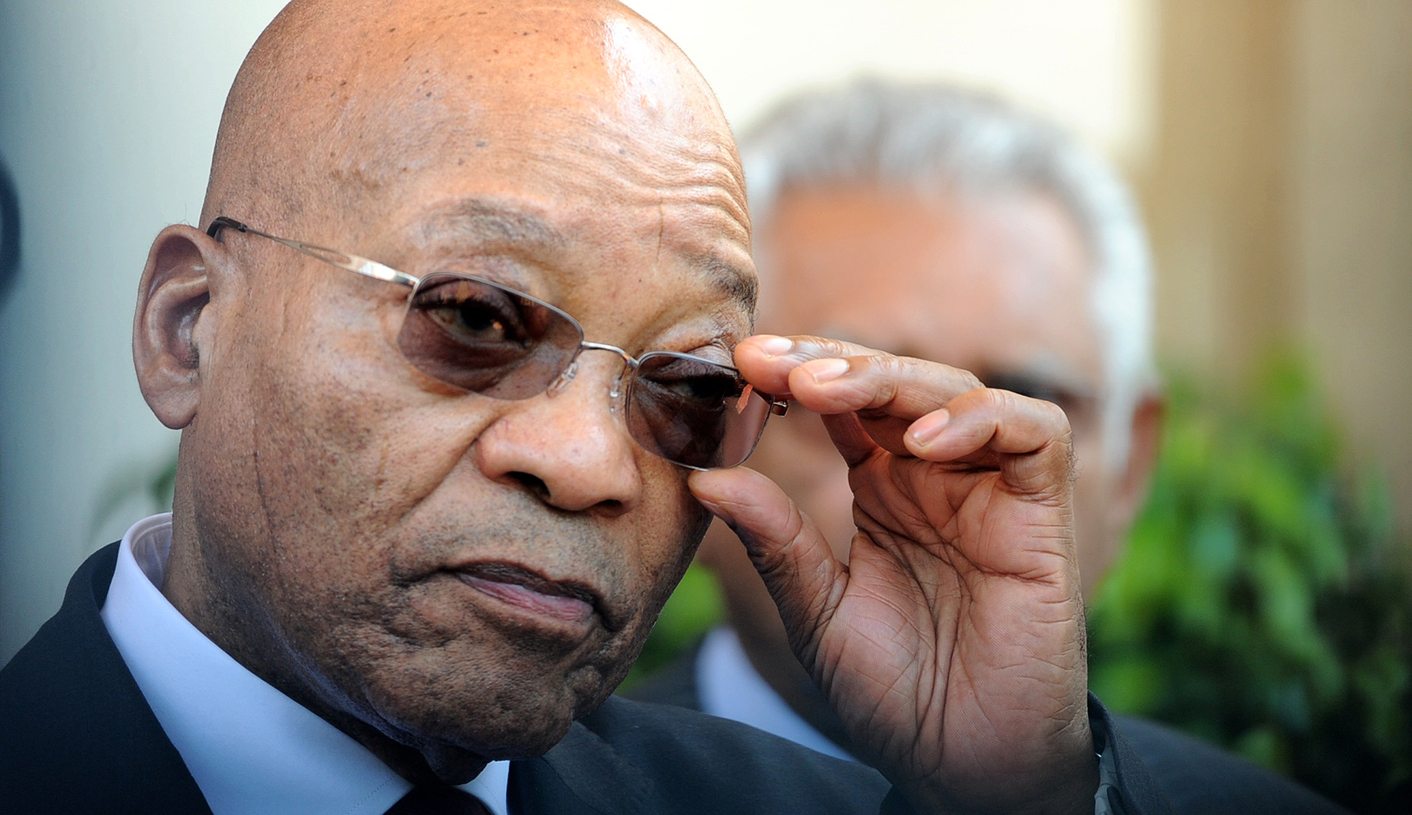 After the African National Congress (ANC) resolved this past weekend at its national general council that the government “should fast-track the implementation of the Presidential Commission review of provinces”. the question of whether it would be wise (and constitutionally possible) to change the powers or the boundaries of provinces has again becoming a political talking point. While the system of provincial government is not working as well as it should, it is far from clear that it will be either politically or constitutionally possible to change the system. By PIERRE DE VOS.

When the democratically elected Constitutional Assembly devised the system of provincial government between 1994 and 1996, the political landscape in South Africa looked very different from the way it does now. Mangosuthu Buthelezi and his Inkatha Freedom Party (IFP) governed KwaZulu-Natal, while the National Party of FW de Klerk governed the Western Cape.

A low-level civil war, fuelled by the IFP and its National Party-backed warlords, was still raging in KwaZulu-Natal. Although the violence was not as bad as between 1990 and 1993 when an average of 100 people were being killed each month in clashes between the IFP and the African National Congress (ANC), there was still considerable violence in the region and there was consequently considerable pressure on the Constitutional Assembly to devise a system of provincial government to appease both the National Party and the IFP.

This had to be done while retaining sufficient power for the central government to enable it to create one administration out of the 10 homeland administrations, the various “own affairs” departments from the Tricameral Parliament, and the previously National Party-dominated civil service and to begin the process of addressing the racially based economic and social inequality established through 350 years of colonialism and apartheid.

The Constitutional Assembly devised a hybrid system in which the national and provincial governments shared power over important matters such as education, housing, welfare services, tourism, health and the environment, while retaining exclusive powers for the provinces to deal with minor issues such as abattoirs, ambulance services, liquor licences and provincial sport.

The provinces were also given a direct say in the adoption of legislation by the National Parliament through the creation of a National Council of Provinces (NCOP), a second house of Parliament representing the interest of the various provinces (with 10 delegates from each of the nine provinces) that usually has to approve legislation in order for it to become law.

Provinces are supposed to enhance democracy by bringing government closer to those actually affected by its decisions. Provincial government will therefore ideally be good for democracy and may empower communities who may have a bigger say in how they are governed.

It is also said that where a culture of provincial government takes hold it serves as a check on the exercise of power by an all-powerful central government and the central party leaders of a governing party. Even when the same party is in power nationally as in a province, strong provincial governments where party structures are strong can check the policy excesses and unpopular decisions of a national government led by a central party leadership far removed from the people. The manner in which the Gauteng province defied the Mbeki government on the roll out of antiretroviral drugs to HIV-positive pregnant mothers is a case in point.

But there are also good arguments against provincial governments. Where provincial governments and the provincial structures of governing parties become strong, it may lead to excessive patronage politics and factionalism. Over time it diminishes the power of the central leaders of a governing party and makes that party more difficult to lead and steer in new directions. I would argue that one of the reasons why there was such a groundswell of opposition to Thabo Mbeki, was that provincial party bosses saw Mbeki as limiting their ability to exert power (and dispense patronage) within provinces.

Provincial governments also create another layer of bureaucracy and perks (houses, cars, salaries, blue light brigades) which can be costly and wasteful. In our system, one could also argue that because each province is equally represented in the NCOP, it grants disproportionate power to less populated rural provinces, to the detriment of densely populated urban provinces like Gauteng.

There is obviously no agreement within the ANC on whether provinces should be reformed, reduced or their powers enhanced. Some party members (those aligned to the alleged ‘Premier League’ would be perfect candidates) might favour changes on the condition that their own powers and perks and their ability to dispense patronage are not tampered with, while those of factional opponents are diminished. Others may favour changes with a view to rein in the powers of regional ANC leaders (such as the Premier League) in order to save the ANC from the patronage politics now threatening to engulf it.

At the ANC elective conference in Mangaung it was decided to appoint a Presidential Commission which would make “proposals on, among other issues, the role of provinces and the number the country should have and their possible boundaries”. The Mangaung resolution stated: “The Report of the Presidential Commission [must] be presented to the next ANC NGC (national general council) and any changes that have to be made to the provincial system be given effect to in the 2019 national and provincial elections.”

It is unclear why this resolution has not been implemented yet and why the NGC has now decided that its implementation should be fast-tracked. Those with intimate knowledge of the power politics within the ANC would be better placed to explain the politics of this decision.

However, if the Presidential Commission proposes that the provincial boundaries, powers, functions or institutions be changed, it is not clear that such a proposal will be constitutionally implementable.

At present the ANC controls eight of the nine provinces (and hence NCOP delegations) and can easily muster support from the required six provinces in the NCOP. However, it “only” has 62.15% support in the National Assembly (which amounts to 249 seats). Assuming that all ANC MPs are in attendance when a vote is taken, at least 18 opposition party members would have to support the amendment.

Assuming that the Democratic Alliance (89 seats), the Economic Freedom Fighters (25 seats), the IFP (10 seats), the Freedom Front Plus (four seats), the United Democratic Movement (four seats), the Congress of the People (three seats) and the African Christian Democratic Party (three seats) are not likely to support such an amendment, the ANC will fall five votes short of securing a two-thirds majority in the National Assembly for such a change. Even if it secures the votes of the National Freedom Party (six votes), the African Independent Congress (three votes), Agang (three votes), the Pan Africanist Congress (one vote), and the African People’s Convention (one vote), it will not be enough to secure a majority.

Even then, under the present political circumstances, it would be difficult to change the provincial boundaries of at least some provinces. This is because section section 74(8) of the Constitution, read with section 74(3)(b), states that if a Bill (or any part of it) aimed at amending the Constitution “concerns only a specific province or provinces”, the NCOP “may not pass the Bill or the relevant part unless it has been approved by the legislature or legislatures of the province or provinces concerned”.

I may be wrong but I would think one of the most compelling ways to gather support within the ANC for changes to the borders of provinces would be to argue for an amalgamation of the Western Cape and the Eastern Cape. But as things stand this option is not politically open to it.

I have no idea to what extent there is any appetite within the ANC (and especially within provincial party structures) for reducing the powers of or completely abolishing the provinces. My guess is that provincial party elites would be very reluctant to support such a move as it would rob an entire layer of party members of positions, perks and opportunities to access and distribute patronage.

If this is correct, the leader who tries to clip the wings of provinces may well find him or herself in the same boat as former president Mbeki – and sooner rather than later. DM

Photo: President Jacob Zuma is seen during a meeting with members of the SA Editors’ Forum at the presidential guesthouse in Pretoria on Friday, 20 February 2015. Picture: Werner Beukes/SAPA.