ICG: The roots of violence in the Central African Republic 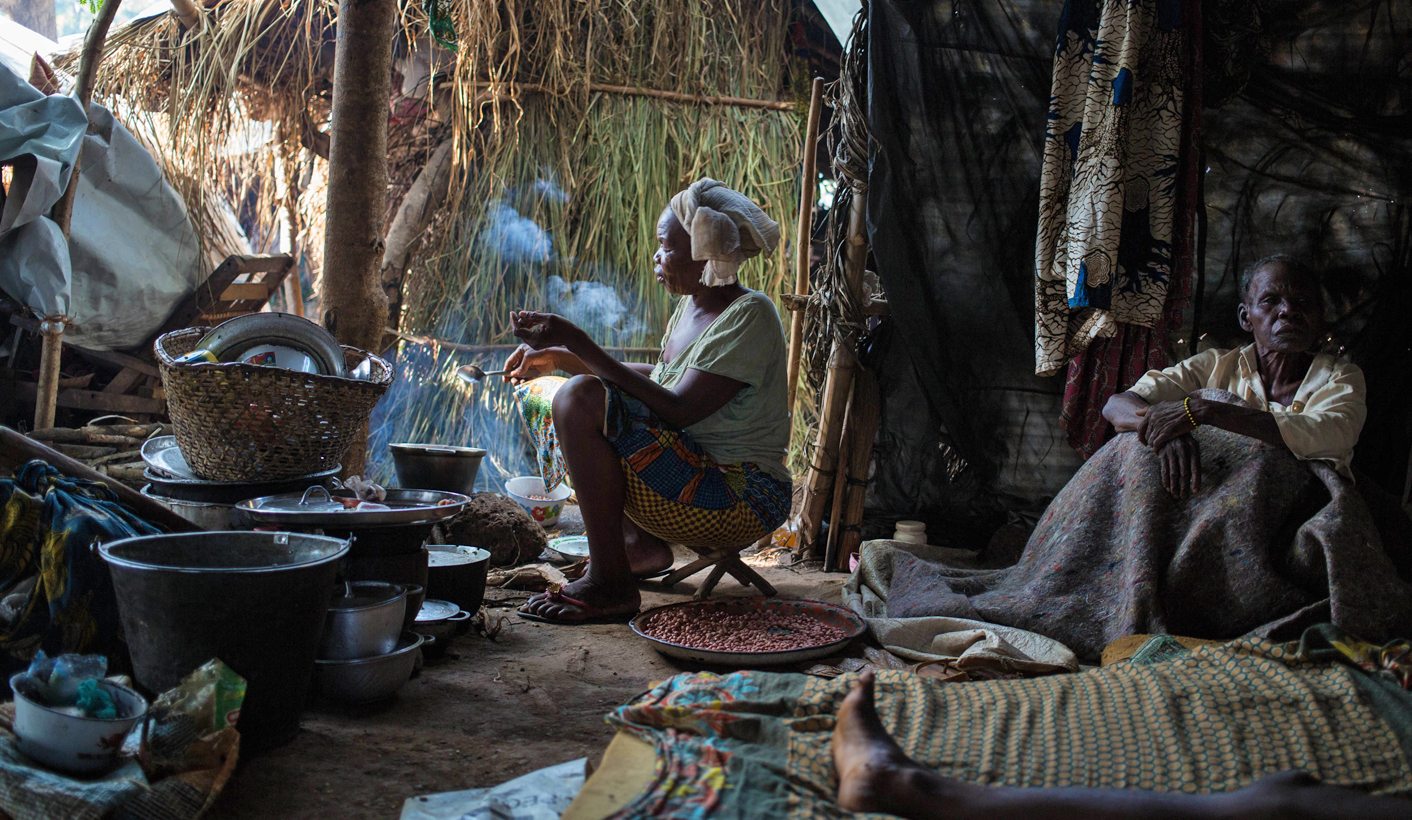 The roadmap to ending the crisis in the ethnically divided Central African Republic, which includes elections before the end of 2015, is only a short-term answer. To avoid pursuing a strategy that would merely postpone addressing critical challenges until after the polls, the country's transitional authorities and international partners should address them now by implementing a comprehensive disarmament policy, and reaffirming that Muslims belong within the nation. If this does not happen, the elections risk becoming a zero-sum game. By the INTERNATIONAL CRISIS GROUP.

The crisis in the Central African Republic (CAR) is long term and characterised by sporadic surges of violence against a backdrop of state disintegration, a survival economy and deep inter-ethnic divisions. Armed groups (including the anti-balaka and the former Seleka rebels) are fragmenting and becoming increasingly criminalised; intercommunal tensions have hampered efforts to promote the CAR’s national unity and mend its social fabric. Unfortunately, the roadmap to end the crisis, which includes elections before the end of 2015, presents a short-term answer. To avoid pursuing a strategy that would merely postpone addressing critical challenges until after the polls, the CAR’s transitional authorities and international partners should address them now by implementing a comprehensive disarmament policy, and reaffirming that Muslims belong within the nation. If this does not happen, the elections risk becoming a zero-sum game.

By virtue of its geography and history, the CAR is located at the crossroads between two regions and two peoples: in the north, the Sahel with its pastoralist communities and majority Muslim merchants, and in the south, Central Africa with its communities of the savanna, initially animist but now predominantly Christian. The Seleka power grab in March 2013 marked a fundamental reversal of the CAR’s traditional political landscape. For the first time since independence, a force stemming from the Muslim population of the north and east of the country held the reins of power. The ensuing clashes between Seleka and anti-balaka forces generated strong intercommunal tensions that were exacerbated by the instrumentalisation of religion, societal fractures and collective fears, reviving traumatic memories of the pre-colonial slave trade era.

The current approach to disarmament, which was formalised by the agreement signed at the Bangui Forum last May, underestimates both the extent to which the conflict is now communal, and the criminalisation and fragmentation of armed groups. In western CAR, following the withdrawal of ex-Seleka fighters and the flight of the region’s Muslim communities, the militarily and politically unorganised local armed groups known as the anti-balaka, have begun preying on local communities. The Seleka coalition in turn has splintered into several movements over leadership rivalries, financial squabbles and disagreements on strategies to adopt toward the transitional authorities and international forces. The fragmentation and criminalisation of the CAR’s armed groups makes negotiations much more difficult.

In this context, the rushed organisation of elections risks exacerbating existing intercommunal tensions, undoing the country’s indispensable reconstruction efforts and postponing indefinitely the resolution of crucial issues like the disarmament of militias and communities.

The outstanding issues to be addressed by the CAR’s transitional authorities and international partners require replacing the current disarmament programme with a comprehensive policy that engages not only militiamen but also communities, and which includes real opportunities and effective sanctions. This means maintaining a capacity to restrain armed groups – in other words re-evaluating the planned withdrawal schedule of the French Sangaris forces and reducing armed groups’ financing abilities – among other measures. This would lessen the appeal of the militia economy for the CAR’s youth.

It is also imperative to avoid the electoral process adding fuel to the fire. To do so, the transitional authorities should reaffirm Muslims’ equal rights, register them to vote, demonstrate the government’s concern for populations in the north-east, and diversify recruitment in the public service. The country’s international partners and transitional authorities focus too much attention on the electoral process in isolation from other issues: they should prioritise these other issues in their conflict resolution strategy, as elections alone will change very little in a country which today has ceased to function as a state.

To the government, the United Nations (UN) and the CAR’s donors:

1. Implement a disarmament policy which provides effective and sustainable reintegration opportunities by:

a) Financing and extending labour-intensive public works projects and supplementing them with vocational training programmes;

b) Linking disarmament, demobilisation and reintegration (DDR) programmes and community violence reduction programmes to World Bank and the European Union reconstruction and development projects; and

c) Supporting job creation or internships with the CAR Inter-professional Business Association for young people who have taken part in the training programmes.

a) Opening up DDR to the combatants of non-signatory armed groups by establishing strict policies regarding the surrender of functioning war weapons as a condition to access the programme, and organising short cantonment phases without cash distribution during the demobilisation; and

b) Entrusting financial execution of the DDR programme to the international partners instead of to the CAR government.

To the United Nations Multidimensional Integrated Stabilisation Mission in the CAR (Minusca) and France:

3. Regain control of the main gold and diamond production sites by deploying international forces and CAR civil servants and revive the Kimberley Process certification scheme for diamonds originating from these controlled areas. An investigative unit addressing diamond, gold and ivory trafficking, as well as militarised poaching should also be integrated into Minusca.

4. Review the departure date of the French operation Sangaris in order to maintain the capacity for military pressure to induce armed groups to disarm.

5. Arrest those militia leaders who refuse to disarm

To the CAR’s transitional authorities:

6. Within the framework of the upcoming constitutional referendum, include a question concerning whether or not the leaders of armed groups should be permitted to enter the civil service and be allowed to participate in the next elections.

To the UN, the CAR’s donors and the CAR’s transitional authorities:

7. Secure communities and proceed to their disarmament by:

a) Ensuring the selection and the training of the future security forces reflects community diversity;

c) Increasing the crowd management capacity of Minusca in the cities where intercommunal tensions are high in order to prevent popular protests from escalating; and

d) Identifying community opinion makers and setting up awareness campaigns for the disarmament of communities.

To reduce the community divide before elections

To the transitional authorities:

8. Address the representation gap of the Muslim minorities by diversifying recruitment within the public administration on a geographical and community basis, but reject a religious quota policy.

9. Re-establish dialogue with the populations of the north-eastern part of the country by increasing visits by government officials in this region and symbolically organising the next National Day celebration there on 1 December.

To the National Elections Authority and the UN High Commissioner for Refugees:

10. Promote inclusive elections by ensuring that the CAR’s Muslims living in refugee camps are registered to vote and that the registration procedure is monitored by civil society organisations and political parties. DM