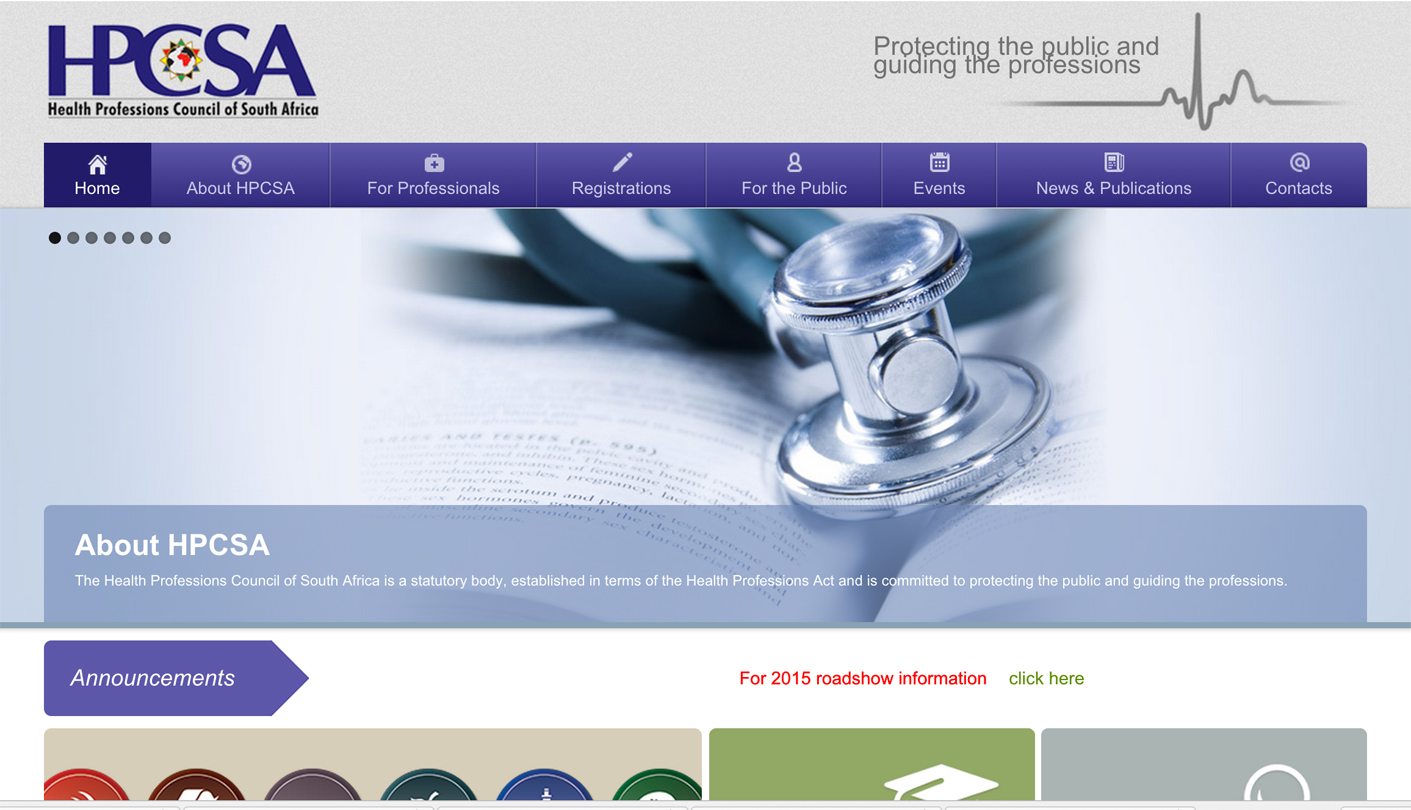 The Health Professions Council of South Africa is notorious for its inefficiency, but the health minister finally has an opportunity to reform this Byzantine monster. By KERRY CULLINAN for HEALTH-E NEWS.

When South African-trained doctors Tamara and Gideon Maresky returned to South Africa in August 2010 after specialising in the US, they were excited. Both had double certifications – Tamara as an adult and child psychiatrist and Gideon as a general surgeon and plastic surgeon – and were keen to work in poor communities.

But after five exhausting years of battling with the Health Professions Council of SA (HPCSA) to have their qualifications recognised, they’re considering leaving the country.

“I am passionate about working with women and children in under-served communities, but I am heartsore that the HPCSA has made it so difficult,” Tamara says on the phone while driving back from Khayelitsha, where she currently works.

There are only 16 child psychiatrists in public health in the entire country, yet it took the HPCSA four-and-a-half years to issue Harvard-trained Tamara with a certificate allowing her to practice as one. She had to do community service for a year, paid at the level of a newly qualified doctor, while she waited.

But the council’s decision concerning Gideon, the family’s main breadwinner, was bizarre and punitive. Delivered after a four-year delay, it demanded that he complete a “self-funded” year, working without pay as a registrar (trainee surgeon) before they would allow him to practise as a plastic surgeon because the council was concerned that he didn’t have enough experience.

Gideon consulted a lawyer who advised him that the only way he could challenge the HPCSA decision was to go to the High Court, but he warned that there was no legal precedent for doing so and his chances of success were unclear. As the Mareskys have studied for many years and not amassed the kind of money that would allow them to engage in a court battle, they have decided to make a recce to Australia instead.

“We are resourceful and resilient, but we have really reached a dead end,” says Tamara. “After 15 years of studying, and five years waiting for the HCPSA, it is just not feasible for Gideon to work for a year as an unpaid registrar – especially as we don’t even know whether that will be enough. The HPCSA told us before we left the US that we would not have a problem in registering.”

Sadly, the Mareskys’ case is not rare. The HPCSA, the body that regulates health professionals in the country and adjudicates the public’s complaints against health professionals, is notoriously dysfunctional – particularly when it comes to health workers with foreign qualifications.

“They act as if we have a glut of doctors in the country,” says Dr Mark Sonderup , vice-chairperson of the South African Medical Association (Sama), a voluntary association representing doctors. Sama is so disillusioned by the “inefficient and bloated” medical and dental board, one of 12 professional boards within the HPCSA that regulate different health professionals, that it wants doctors and dentists to have their own independent regulatory body.

In March, Health Minister Aaron Motsoaledi appointed a task team to investigate the council, saying that he had “received a lot of complaints about governance, efficiency, effectiveness and sometimes even the competency of the management of the HPCSA”.

Task team chairperson Professor Bongani Mayosi confirmed that the task team had recently completed its work, which included public submissions, and handed a report to the minister.

“I can’t tell you a thing about the report. The minister is considering it, but my understanding is that there will be an announcement some time this month,” said Mayosi, who heads the University of Cape Town’s Department of Medicine, and is designated to be the next dean of the university’s medical school.

The task team was swamped with public submissions, including around 30 from staff and former staff, some of whom reported being sacked after trying to expose corruption and irregularities.

One of the irregularities considered by the task team concerned the council’s computer system, Oracle, which was initially due to cost R21-million but which had actually cost R43-million by 2012.

Ironically, the health professionals’ right to nominate representatives to their respective boards was removed during the democratic post-apartheid era. In 2007, then health minister Manto Tshabalala-Msimang engineered a change to the Health Professions Act to ensure that representatives of the 12 boards would be appointed by the Department of Health, not their professions, despite the fact that members pay annual fees to the HPCSA. In doing so, she ensured that council representatives answered to the government rather than the professionals they are supposed to govern.

This partisan allegiance to the government rather than its paid-up membership was clearly demonstrated in September 2013 when HPCSA president Professor Sam Mokgokong joined forces with Motsoaledi to try to prevent human rights organisation Section27 from revealing details of how health systems failures in an Eastern Cape hospital had led to the death of a one-year-old boy, Ikho.

“A day before the story was to be made public, the council’s president, Professor Sam Mokgokong, sent a letter to Mark Heywood, the director of Section27, warning him not to release details of Ikho’s story,” according to GroundUp.

“If it turn(s) out that any registered practitioners are complicit in this envisaged publication, the HPCSA would not hesitate to initiate professional conduct proceedings against such health practitioners,” warned Mokgokong.

But critics say the biggest failing of the HPCSA is its inefficiency. Board members are mostly busy professionals who don’t have time to attend to day-to-day council business. Confusion exists about whether the part-time board committee chairpersons or council administrative staff are supposed to respond to professionals’ complaints and queries and as a result, professionals can wait many months for replies.

The waters are further muddied by a multitude of sub-committees under each of the 12 boards, with overlapping mandates and no clear terms of reference. In short, a bloated bureaucratic mess that is very hard to navigate.

This week, human rights organisation Section27 said that, almost two years ago, the HPCSA’s occupational therapy board had passed a resolution agreeing in principle to register orientation and mobility practitioners, but said that “various other boards within the HPCSA would need to consider the application to ensure that there was no overlap with other registered professions”. But nothing had happened.

The practitioners help blind and partially sighted people to “understand and navigate his or her place in an environment, as well as basic tasks, such as cooking, hailing public transport and identifying money”, according to Section27 researcher Silomo Khumalo.

“Without orientation and mobility training, visually impaired learners do not acquire the skill of learning and adapting to environments, and risk injury when moving between places,” said Khumalo.

But schools cannot establish posts for these practitioners until the HPCSA registers the Orientation and Mobility Association of South Africa (Omasa).

“Despite repeated following up by Omasa, Section27 and other stakeholders, there has been no information whatsoever regarding the developments of the registration in the almost two years since the application was made,” said Khumalo.

“The Department of Basic Education must hold the HPCSA to account to ensure that visually impaired learners have equal access to their rights to a basic education.”

Somehow, Motsoaledi has to find a way to cut through this Byzantine monster and establish the council as an efficient, credible regulator that has the confidence of professionals and the public. The solution is neither fast nor easy, and needs to include the option of an independent medical council, elected by members of the medical profession, given that, after emergency care practitioners, doctors are the largest group falling under the HPCSA. DM

* Attempts to obtain comment from the HPCSA failed as the writer was told the public relations officer was out of the office on a road show and would not be available until next week.