Countdown to NGC: Gwede Mantashe on ANA, Boks and everything 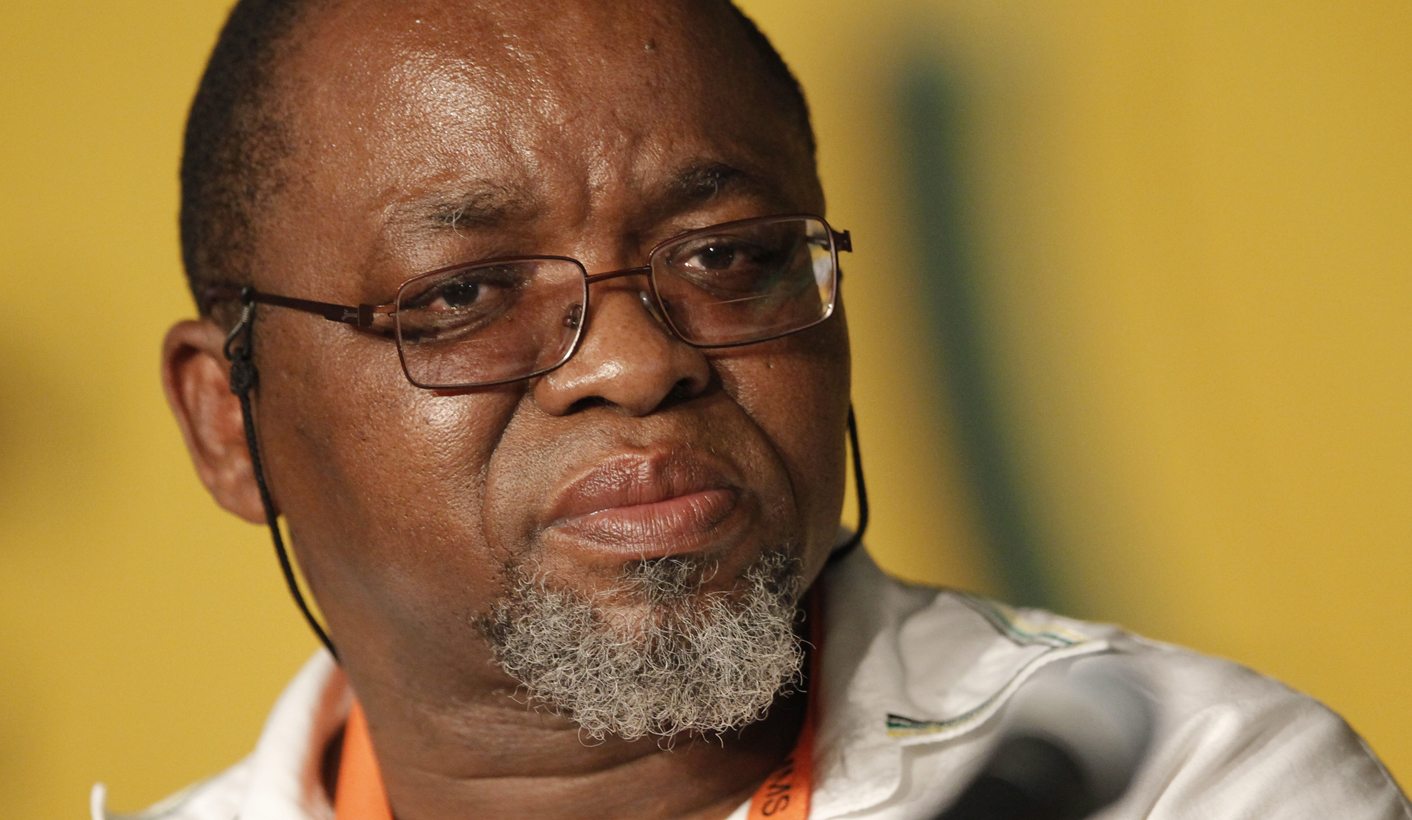 As the African National Congress's preparations for its national general council start to gather momentum and the party moves into the final quarter of President Jacob Zuma's time at the party's helm, the actions of its national executive committee (NEC) are important in setting the tone. But the statements of some of its members, in particular secretary-general Gwede Mantashe, are perhaps even more interesting. Over the weekend, the NEC pronounced on all sorts of matters, from corruption and integrity, to the brand new leaderships of its two main leagues, to whether people should be speaking about the party's 2017 leadership contest. Oh, and it's changed all the chairpersons of its policy commissions. But it was Mantashe's comments about the Springboks that stole the show. By STEPHEN GROOTES.

If there is one resolution that has rung hollow since the African National Congress’s (ANC’s) Mangaung conference, it is its resolution that corruption will no longer be allowed. One of the main events of that conference in December 2012 was the establishment of a new Integrity Committee, to be staffed by what are called party veterans. People who have a long track record in the party, and are accepted as having no appetite for high office, they would investigate claims of corruption against party deployees, and make recommendations on whether they should be disciplined or not. Implicit in this resolution was an understanding that someone accused of wrongdoing should resign, until their name was cleared. This has happened, roughly, just once, with a Limpopo MEC as it happens. While people involved in all manner of legal matters, from John Block’s serial transgressions in the Northern Cape to Buffalo City’s former mayor (who is accused of pocketing city money through arrangements made for, believe it or not, Nelson Mandela’s funeral), have simply held fast.

No more, according to the NEC. From now on, that committee’s ‘recommendations’ will be treated as ‘decisions’. And they will be taken only to the national officials, who will act on them. On the face of it, it will speed things up, when this committee makes a finding, it will be a member of the Top Six who phones you to tell you to step down. In practice, this could be a very handy political tool for the officials. They could well decide who to act against, and who not to.

There is also a very public shaking of the finger towards those already talking about leadership post-Zuma. At the Monday’s Luthuli house press conference, Mantashe said that it’s simply premature; he appealed to all ANC members not to do this yet as the leadership contest is far from being open. Accordingly, the ANC Women’s League came in for a spanking, with a warning that this applies to them, and their talk of why the ANC is ready for a female leader. On the gender issue, Mantashe says: “In 2017 it is unlikely we will elect a woman president. We’ll elect a president of the ANC, if she happens to be a female, she will be president of the ANC.” To the conspiratorial among us that may be a suggestion that Mantashe believes the ANC Women’s League is not necessarily fitting in with his future plans, while to those with long memories, he sounded an awful lot like Smuts Ngonyama used to, when he used to tell everyone “there are no divisions in the ANC” in 2007, ahead of Polokwane.

There are wholesale changes to the way the ANC is going to manage its policy commissions. Almost all their former chairpersons are out, including Obed Bapela who said in his former position as International Relations Commission chairperson that the ANC is looking at doing away with dual citizenship. The entire economic commission is being rejigged: there used to be one called simply ‘Economic Transformation’, and now it is being split up into one focusing on economic development, and another concentrating on the primary economy. A new structure will also be created that will use professional economists to develop proper capacity to understand and study the economy. No doubt, Ebrahim Patel and Rob Davies will be hoping to control the appointments to that structure, as it could prove to be important in the longer run.

There is also a small mention by the NEC of a commission that will investigate how to do away with the system of ‘slates’, where groups of people run for leadership positions as one ticket. Considering that almost every league and provincial conference has seen a complaint from a national leader about the use of this system, and that the system is still being used at that exact conference, it’s not a surprise. But it’s hard to see a solution to this, because it’s so damn effective at winning elections, despite the fact that it’s killing the party itself, as those who lose one vote lose everything.

When asked about the new threat by the South African Democratic Teachers’ Union (Sadtu) to “declare war” on annual national assessments (ANAs)and the Basic Education Department, Mantashe was careful not to inflame things further. He and Sadtu have a history: he once rebuked them for going on strike, saying their children didn’t go to schools where Sadtu members went on strike, and essentially accusing them of damaging the education of the African child. Instead, Mantashe said he doesn’t understand Sadtu’s issue with the ANAs, and that he will meet with them to discuss it. But just in case you misunderstand him, he is clearly a big supporter of them: “I love ANA, very much … we are going to be meeting Sadtu to understand what is their problem.”

But enough, I hear you say, of all the politics and the life and death stuff about education, what does Mantashe say about rugby, and transformation? Especially considering that after the disaster against Japan, there is clearly massive room for the Boks’ critics (and they’re right to be critical, both about the lack of transformation and the results) to push harder than ever to make the team start to really represent the country.

Mantashe was actually rather magnanimous in his assessment. He said: “We should give credit where it is due … Out of the 31-member squad, nine are black players, which is a good number.” And he said that while “we will continue putting pressure for transformation … there is something called loyalty and real performance”. He added: “If you take a player who didn’t play a single game of Super Rugby all year and make him captain, you are sending a message that you have no intention to win.”

Mantashe goes on: “Heyneke Meyer must appreciate that pensioners don’t belong on the field, younger players will win matches.”. Oh, and: “We can still win the World Cup, we have a lot of talent.” But he said: “Meyer mustn’t take black players and make them passengers.”

All in all, it’s a very nuanced response to a question he must have been expecting. He would have been well within his rights to just have a pop at Meyer over the fact that so few black players were actually on the field. Instead, he explained his view about why we lost, and about what it will take to win. Mantashe is known to enjoy rugby, he also explained how he’d watched the All Blacks and Argentina on Sunday night, and talked about how the younger Kiwi players were able to soak up the pressure in the last 10 minutes when older players might have battled. There is no quicker way to the hearts of some of our minorities than to behave like this in this kind of situation. Pieter Mulder might well have wanted to ask him out for a beer after a response like that.

It’s interesting that Mantashe did not put the boot in, perhaps he felt that that kind of response was, well, not presidential.

All in all, this was a busy weekend for the NEC. It seems, on the face of it, that there is very real agreement on some changes that could turn out to be quite important. But the real test is just a few weeks away, the national general council itself. DM