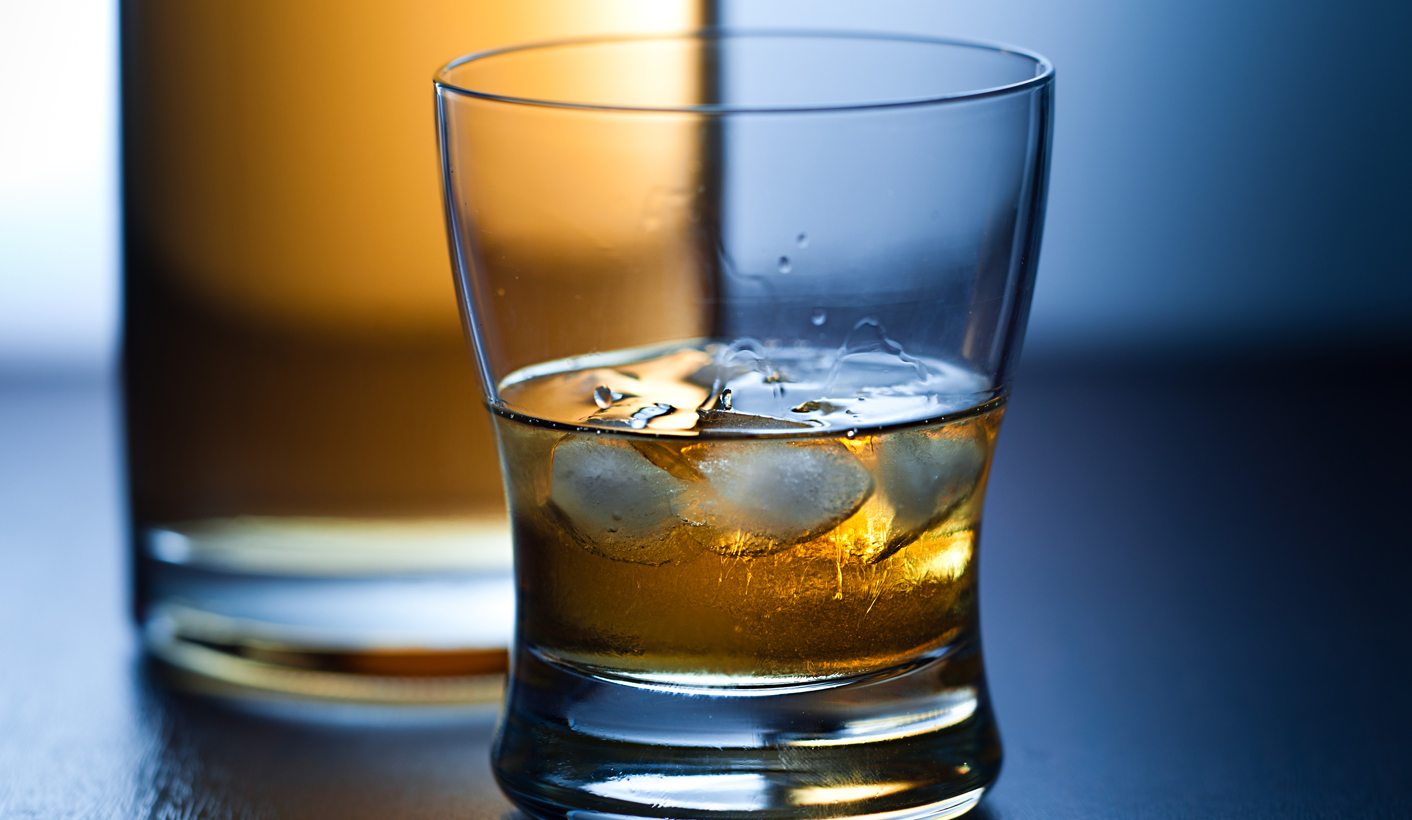 Swedish scientists have discovered a potentially life-changing therapy for patients addicted to alcohol. The even better news: it’s already approved for use in diabetic patients. But is it a realistic alternative to existing therapies? By MARELISE VAN DER MERWE.

Last week, Swedish researchers from the Sahlgrenska Academy released a study suggesting that a medication currently used for diabetes and obesity could be a valuable tool in the treatment of alcohol dependence.

The academy, based at the University of Gothenburg, showed that some interference with the hormone GLP-1 could be a useful target for treating alcohol dependence which – according to a statement from the university – “is an entirely novel aspect”.

“Usually, dopamine is released in the brain’s reward centre in response to drinking alcohol, which leads to a sense of euphoria. The GLP-1-like substance prevents the ability of alcohol to increase dopamine in reward areas in the mice, suggesting that they no longer experience a reward from alcohol,” the statement reads. “In addition, the diabetes medication caused the rats to decrease their alcohol intake, as well as reduc(ing) the motivation to drink alcohol in rats that were bred to drink a lot of alcohol. The medication also prevents relapse drinking in rats, which is major problem for alcohol dependent individuals.”

This mechanism is not unlike that of Champix or Chantix (the brand names for Varenicline) which has been used to help smokers quit. Varenicline also prevents nicotine from causing an increase in dopamine in the smoker.

It’s unsurprising that the abovementioned study originated in Sweden. The statement notes that nearly 5% of adults in Sweden are diagnosed with alcohol dependence – a rate worse than that recorded in South Africa by the World Health Organisation (WHO). While it can be argued that a large percentage of South Africans do not have access to the medical facilities required for diagnosis, Sweden’s alcohol problem is significant.

In South Africa, however, it’s not to be scoffed at either. According to the WHO’s Global Alcohol Report, the rates of diagnosed alcohol dependence are comparatively low – coming in at under 3% – but the rates of alcohol use disorders are high, at over 10% in males and nearly 6% overall. Some 25% of the population aged over 15 years are classified as heavy drinkers – meaning they have consumed at least 60 grams of pure alcohol on at least one occasion in the past 30 days. The per capita consumption of pure alcohol (not alcoholic drinks) was around 11 litres from 2008–2010. Interestingly, South Africa has a very high rate of people in recovery, listing just shy of one-fifth of the respondents as abstaining former drinkers.

The socio-economic effects of alcohol abuse are far-reaching and include unemployment, violence, crime, sexual risk behaviour and disruptions to family life and work performance. According to a 2014 study published in the South African Medical Journal by RG Matzopolous et al, the economic cost is also severe. “(Alcohol) is the third-largest contributor to death and disability after unsafe sex/sexually transmitted infections and interpersonal violence, both of which are themselves influenced by alcohol consumption,” the study notes. “In total, 36,840 deaths, 787,749 years of life lost and 344,331 years lived with a disability were attributable to alcohol, which together accounted for more than 1.1-million disability-adjusted life years (DALYs), or 7% of the total disease burden. More recent analysis has included the contribution of alcohol to infectious diseases, which increased the estimated total alcohol attributable DALYs for SA to more than 1.3-million in 2004.” The study further noted injury-related costs, interpersonal violence and suicides, road traffic injuries, HIV/Aids and non-communicable diseases as consequences of alcohol abuse.

The difficulty with alcohol statistics is that it’s not always easy to pin down exactly what is being measured. For reference, it should be clarified that there has traditionally been a distinction between alcohol abuse and alcohol dependence. The Diagnostic and Statistical Manual of Mental Disorders fourth edition (DSM-IV), summarised very shortly, differentiated the two as follows: alcohol abusers may recurrently fail to fulfil major role obligations; they may repeatedly face legal trouble; they may repeatedly use alcohol in hazardous situations (e.g. drive drunk); or use alcohol despite interpersonal problems (e.g. arguing with a spouse). At least one of the above criteria must have been met in the previous year. Alcohol abuse, it was said, may frequently lead to alcohol dependency, which incorporates at least three of the following criteria: the person needs markedly increased amounts of alcohol to become intoxicated; they suffer withdrawal without alcohol or drink to relieve withdrawal symptoms; they drink in larger amounts or for a longer period than intended; they have a persistent desire or one or more unsuccessful attempts to cut down or control their drinking; they miss or reduce important social or occupational or recreational activities because of their drinking; they keep drinking despite the recurring physical or psychological problems they experience as a result of their drinking; and they dedicate a great deal of time towards obtaining, using or recovering from drinking alcohol. The more recent DSM-5, however, integrates the two DSM–IV disorders, alcohol abuse and alcohol dependence, into a single disorder called alcohol use disorder (AUD) with mild, moderate, and severe sub-classifications.

That said, in this case, because the drug tested in the study works directly on the reward mechanism in the brain, it does not matter whether the individual is an alcohol abuser, alcohol dependent or even an occasional drinker. The reward experienced by drinking alcohol is diminished, full stop.

The finding was cautiously welcomed by an addiction counsellor to whom Daily Maverick spoke. “I assume that we are all in agreement that alcoholism – or, as the DSM-5 would have us say, ‘Alcohol Use Disorder’ – is a chronic, degenerative condition that has debilitating effects on individuals and at a societal level,” said Astrid Warren, who has worked in a number of recovery centres over several years. “Therefore, the logical response to any proposed intervention – in this instance a pharmacological intervention – is to greet it with curiosity and interest.

“In addition, if alcoholism is to seriously considered as a ‘disease,’ then why shouldn’t there be medication that can assist in the management of the illness? This is a somewhat controversial opinion, usually dismissed with the ‘so you take a drug to help you stay off a drug’ response. But if a ‘pill’ assists with increasing quality of life and buys some abstinence time without too many harmful side-effects, I would welcome it,” Warren added. “That is, if the medication works – if it can be generalised from mice to humans. But we owe it to alcoholics who want assistance to at least encourage and be open to further investigation.”

The study also notes that similar mechanisms appear to regulate alcohol dependence and binge eating. “The hormone GLP-1 is released from the intestines when we eat and causes satiety,” says spokesperson Johanna Hillgren. “It is also released in the brain and thereby reduces food intake.”

According to researcher Elisabet Jehrlag, the current findings merit further investigation. “The results of the present study suggest that the physiological role of GLP-1 extends beyond glucose homeostasis and food intake regulation and includes modulation of the development of alcohol dependence. In addition we suggest that medications that resemble GLP-1 could be used to treat alcohol dependence in humans. This will now be studied further,” she says.

Jehrlag’s research has previously made headlines when she was involved in a study finding that mice that received a supplement of the “appetite hormone” (ghrelin) increased their sexual activity. Ghrelin affects the reward mechanisms that are triggered by food, alcohol and other addictive drugs.

“Our study now shows for the first time that ghrelin also plays a role in natural reward mechanisms like sex,” Jerlhag said at the time. “Addictive behaviours, including sex abuse, are one of our major social problems and there is a great need for new treatment strategies. Hopefully, our results can add another piece of the puzzle to this work.”

The real challenge comes in treating the broader causes of the alcohol dependence. Although some researchers have identified a genetic component, it is generally accepted that there is a complex interplay of factors that contribute to substance abuse and addiction. It is therefore likely that even if patients are treated with the drug successfully on a physical level, they will still need to complement that treatment with counselling and support programmes in order to find alternative coping mechanisms.

Warren explains this as needing a holistic approach that treats the disease from multiple angles. “I believe there is a place for pharmacological treatment of addiction; there are already rough equivalents used for heroin addiction – think of Methadone and Suboxone maintenance programmes. However, it is important to point out that these examples are not cures. A true cure for alcoholism/addiction is treatment that will allow the alcoholic/addict to drink/use with control,” she says.

“It is important to state that alcoholism has more than a physiological dimension. It also affects the individual at a mental or emotional (ie psychological) level and a spiritual and relational level. The research stated in the excerpt may very well address one aspect of alcoholism. In order for it to be more effective, it would make up one part or complement a holistic treatment approach. So I believe it has a place in a recovery programme, but not that it can replace a traditional recovery programme.”

And how far is the treatment from market? It has already been approved for use in type II diabetics, the study notes, but it still needs to be tested further for use as an addiction treatment in humans. Assuming this testing is successful, it is therefore likely to be a while yet before it will be available for commercial use. DM

The article ‘The glucagon-like peptide 1 receptor agonist liraglutide attenuates the reinforcing properties of alcohol in rodents’ was published in the journal Addict Biology on August 25. See more here.