Infrastructure development: East Africa is on the move 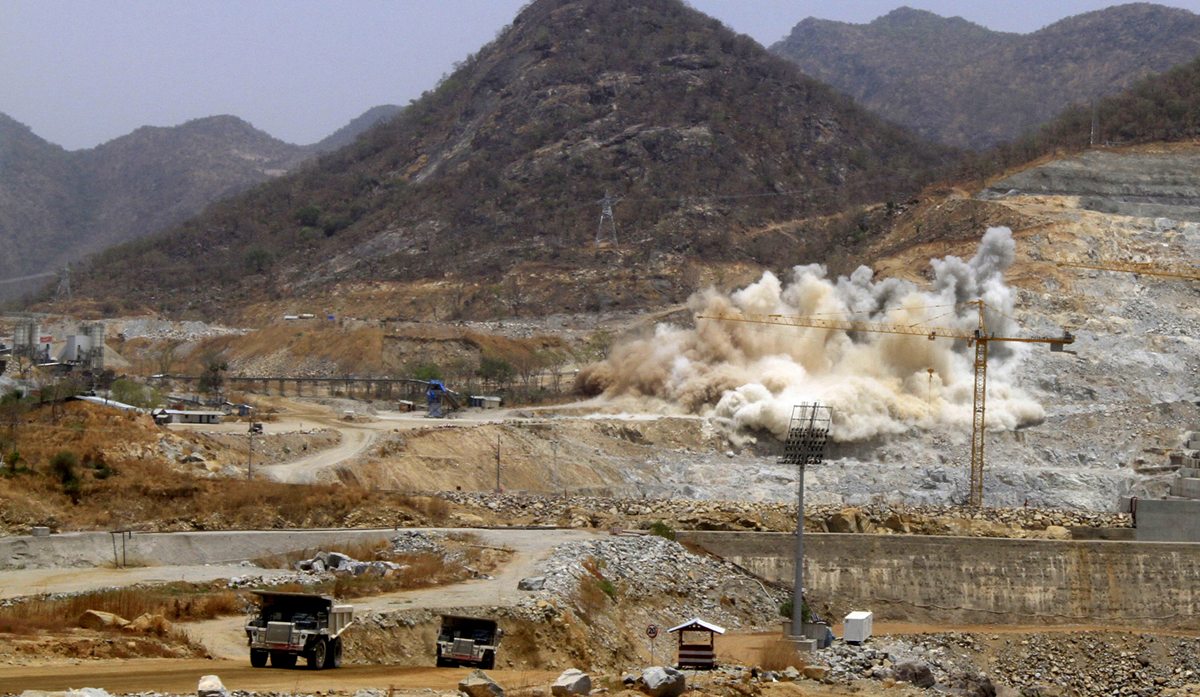 The smuggling of explosives has become a growing problem in South Africa and the Southern African region. Picture: FILE

East Africa is the fastest growing sub-region on the continent, with economic growth expected to expand by 5.6% this year, well above the continental average of 4.5% or Southern Africa’s 3.1%. But in an odd contradiction to regional growth trends, East Africa’s infrastructure is one of the least developed in Africa. Infrastructure development is thus paramount for the sub-region to reach its full potential and many ‘mega’ infrastructure projects are currently under way in the region. By LYAL WHITE and ADRIAN KITIMBO.

Kenya’s standard gauge railway (SGR), a new rail track that will stretch from Mombasa to Nairobi, is the most ambitious infrastructure project in the country since independence. The 609km-long line is expected to cost $3.6-billion, with China’s Exim Bank footing 90% of the bill and the Kenyan government providing the other 10%.

The SGR is part of the grand trans East African railway project, one of many ‘mega’ infrastructure projects currently under way in that region. It is a direct effort to connect East Africans and their economies, and in so doing build economies of scale, lower the cost of doing business, attract foreign investment and ultimately accelerate growth and development.

East Africa is currently the fastest growing sub-region on the continent. With economic growth expected to expand by 5.6% this year, well above the continental average of 4.5% or Southern Africa’s 3.1%, investors and credit rating agencies are increasingly bullish about the region.

According to a recent Deloitte report, East Africa recorded more than 50 infrastructure projects in 2014. While this is a drop from 93 projects in 2013, the value did not decrease by much, reaching an estimated $60-billion last year. Some of the large projects still in the planning phase, and which have not yet reached financial closure, were not yet reflected in these statistics.

Kenya, East Africa’s largest economy, is leading infrastructure developments in the region. The SGR, which should be completed by 2017, is the first part of the broader Lamu Port-South Sudan-Ethiopia transport corridor. This integrated mega-project will connect countries in the region via oil refineries, ports and railway lines. But Kenya is looking well beyond pipelines, railways and ports. Airports are a priority. In a bid to cement its position as one of Africa’s major gateways, Kenya is building a new terminal at Jomo Kenyatta International Airport in Nairobi. Dubbed the ‘Greenfield Terminal’, and financed largely by the African Development Bank, the terminal will cost an estimated $612-million, span 178,000 square meters and handle an annual 20-million passengers. In addition to this, last November Kenya signed a $66-million financing agreement with the French Development Agency to upgrade Moi International Airport in Mombasa. This is a major entry point for tourists visiting the coastal city, with more than a dozen airlines flying in directly from Europe.

Ethiopia, the other regional economic powerhouse with a growing population of 94-million people, boasts some of the most ambitious infrastructure projects on the continent. The most talked about project of all is the Grand Renaissance Dam. Upon completion in 2017, the dam will generate up to 6,000 megawatts of electricity, and establish Ethiopia as a principle hydroelectric power exporter. The World Bank estimates this will earn Ethiopia in excess of $1-billion a year. The dam is not cheap. With a budget close to $5-billion, the project is entirely funded by Ethiopia with 80% of the financing coming from taxes and the remaining 20% through bond offerings, allowing ordinary foreigners to purchase a stake in Ethiopia’s exciting future.

This is an unusual model in a region dominated by international loans and foreign capital – especially from China – and may present a new and unorthodox approach to mega-project financing in Africa.

In Addis Ababa, Ethiopia’s capital and home to the African Union, the recently completed Light Rail Transit, the first electrified rail system in Africa, epitomises Ethiopia’s steady rise and modernisation. The rail line will play a significant role in easing city traffic congestion, transporting more than 1-million people around the city every day. But unlike the Grand Renaissance Dam, this project relies on financing from China’s Exim Bank, which provided 85% of the $475-million required to complete construction.

Ethiopia and Kenya are not the only East African countries with ambitious infrastructure projects. Uganda and Tanzania are also heavily investing in mega schemes. Over the next five years through a range of commercial loans, Tanzania plans to inject $14.2-billion into its rail network. Moreover, the country has already signed investment agreements with China worth more than $1-billion that include the building of a satellite city to reduce overcrowding in Dar es Salaam.

Uganda is also banking on Chinese capital to build two hydro power plants – the 600 megawatt Karuma and the 188 megawatt Isimba dams. China’s Exim Bank has already signed a deal with the Ugandan government to fund 85% of the cost of Karuma, estimated at $2-billion.

East Africa still has a long way to go in establishing the robust infrastructure needed to realise the region’s economic promise. However, recent investments, which have prioritised infrastructure development, place the region firmly on the right trajectory.

East Africa’s political commitment to boosting regional competitiveness through broader and deeper integration, and driving real connectedness of people, goods, services and capital through tangible projects like the Lamu Port-South Sudan-Ethiopia transport corridor, puts the region at the forefront of the Africa rising narrative. DM

Lyal White is the director of the Centre for Dynamic Markets (CDM) at the Gordon Institute of Business Science (GIBS) and Adrian Kitimbo is Senior Research at the CDM.

Photo: A cloud of dust rises from a dynamite blast, as part of construction work, at Ethiopia’s Grand Renaissance Dam during a media tour along the river Nile in Benishangul Gumuz Region, Guba Woreda, in Ethiopia March 31, 2015. REUTERS/Tiksa Negeri